Nissan has brought reality and virtual reality together with the ultimate remote-control car for gamers, a Nissan GT-R /C which is operated by a DualShock 4 video game controller. GT Academy winner and NISMO race car driver Jann Mardenborough took the remote-control super car around the Silverstone race track reaching speeds of more than 200 km/h while controlling the GT-R from the cockpit of a helicopter.

This was all done to coincide with the release of the video game Gran Turismo Sport, which is out in Europe on October 18. This marks 20 years of Nissan’s involvement in the Gran Turismo gaming series. The one-off GT-R /C project car was extensively modified to be driven entirely by a DualShock 4 controller. A few millimetres of button movement or joystick travel are all it takes to unleash the GT-R’s full power. The remote-control vehicle is capable of a top speed of more than 300 km/h. It was not restricted for the purpose of the project car and no one sat behind the wheel of the car. 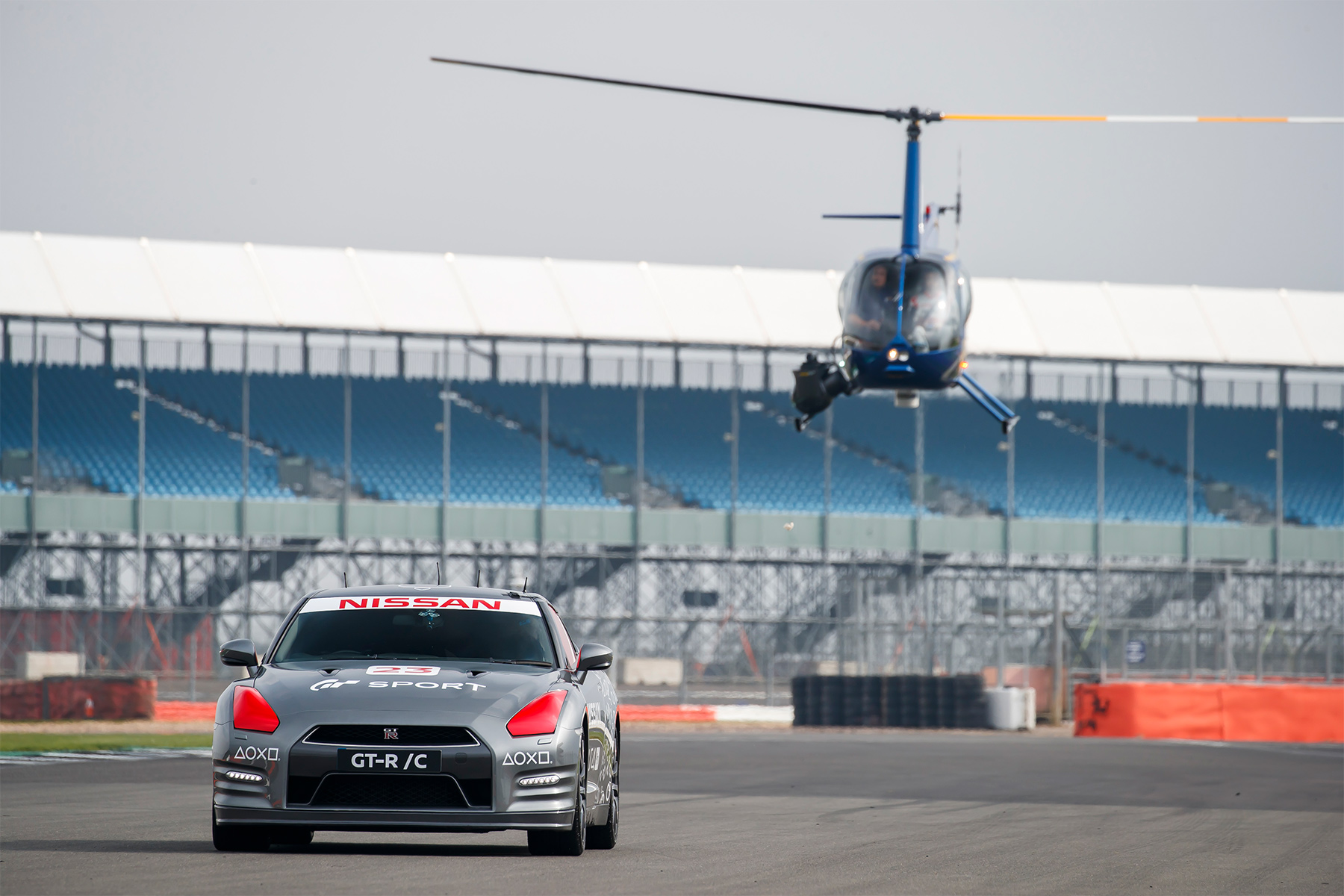 The GT-R /C was put through its paces by NISMO racing driver Jann Mardenborough, around Silverstone’s famous National Circuit. Jann controlled the GT-R /C from the cockpit of a Robinson R44 Raven II helicopter, which had been given special permission to operate at a low altitude. Mardenborough is one of the most successful winners of GT Academy, Nissan’s revolutionary driver discovery and development programme. Jann was approached to be the first driver of the GT-R /C because of his unrivalled talent in both Gran Turismo gaming and real-life motorsport.
“This was once-in-a-lifetime, truly epic stuff. The GT-R /C has brought my two worlds together – the virtual of gaming and the reality of motorsport – in a way I never thought possible,” said Jann Mardenborough. “The response from the car when using the controller was far more engaging than I thought it would be. JLB Design has done an incredible job at making everything respond really well. Steering, acceleration and braking were all intelligently configured, allowing for controlled application so I could really get a feel through the corners and hold it steady down the fast straights. Driving a full-size, remote-control GT-R to 131mph at Silverstone whilst chasing it down in a helicopter was an unforgettable experience. Now that’s innovation that excites!” 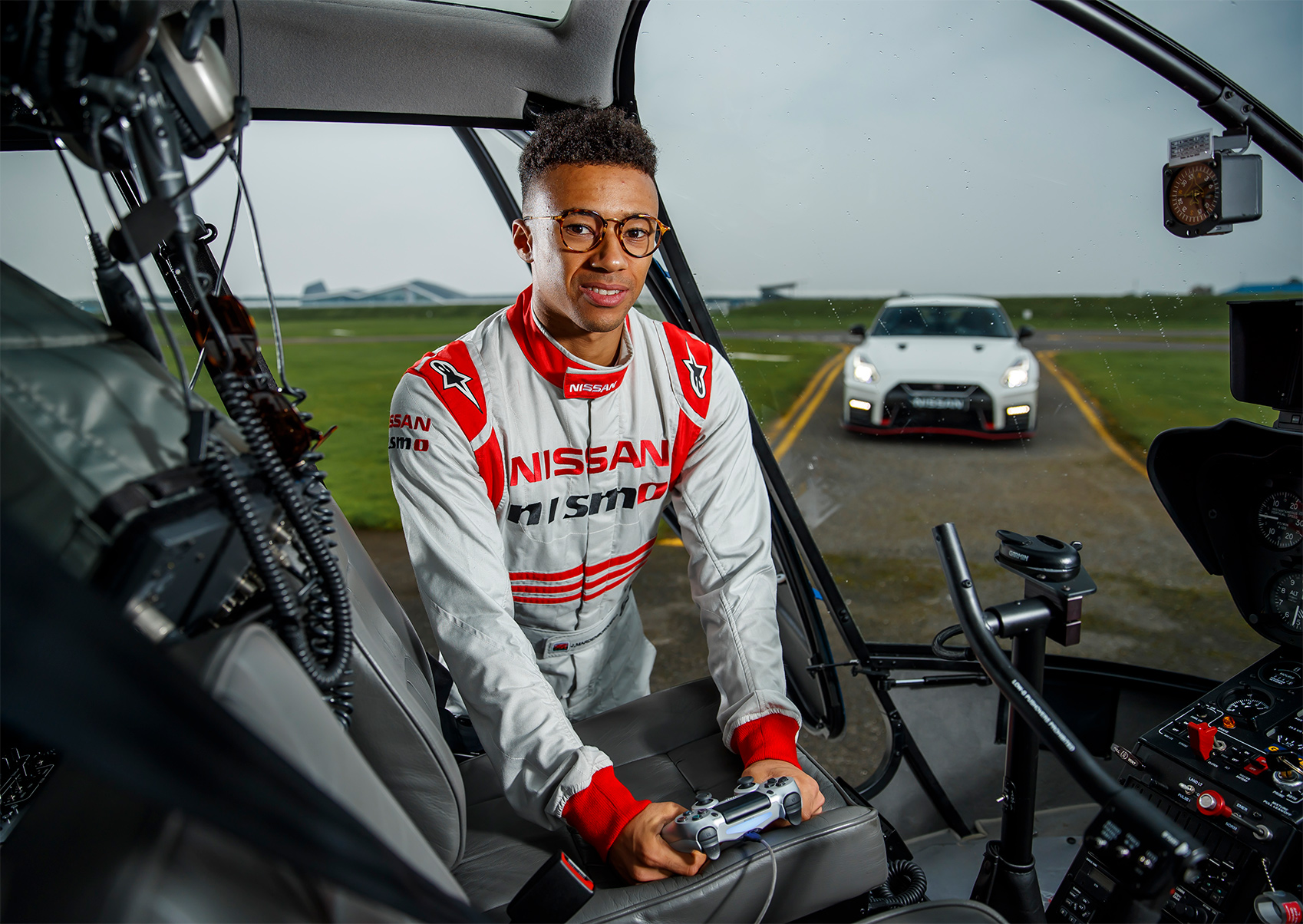 The GT-R /C is fitted with four robots that operate the steering, transmission, brakes and throttle. Six computers mounted in the boot update the controls at up to 100 times a second. The steering position is measured to one part in 65,000. The unmodified DualShock 4 connects to a micro-computer which interprets the joystick and button signals and transmits them to the GT-R /C’s on-board systems. The wireless operation has a primary control range of one kilometre. To help Mardenborough judge the vehicle’s speed through the corners, a Racelogic VBOX Motorsport sensor was installed to relay speed data to a LCD display in the helicopter cockpit. 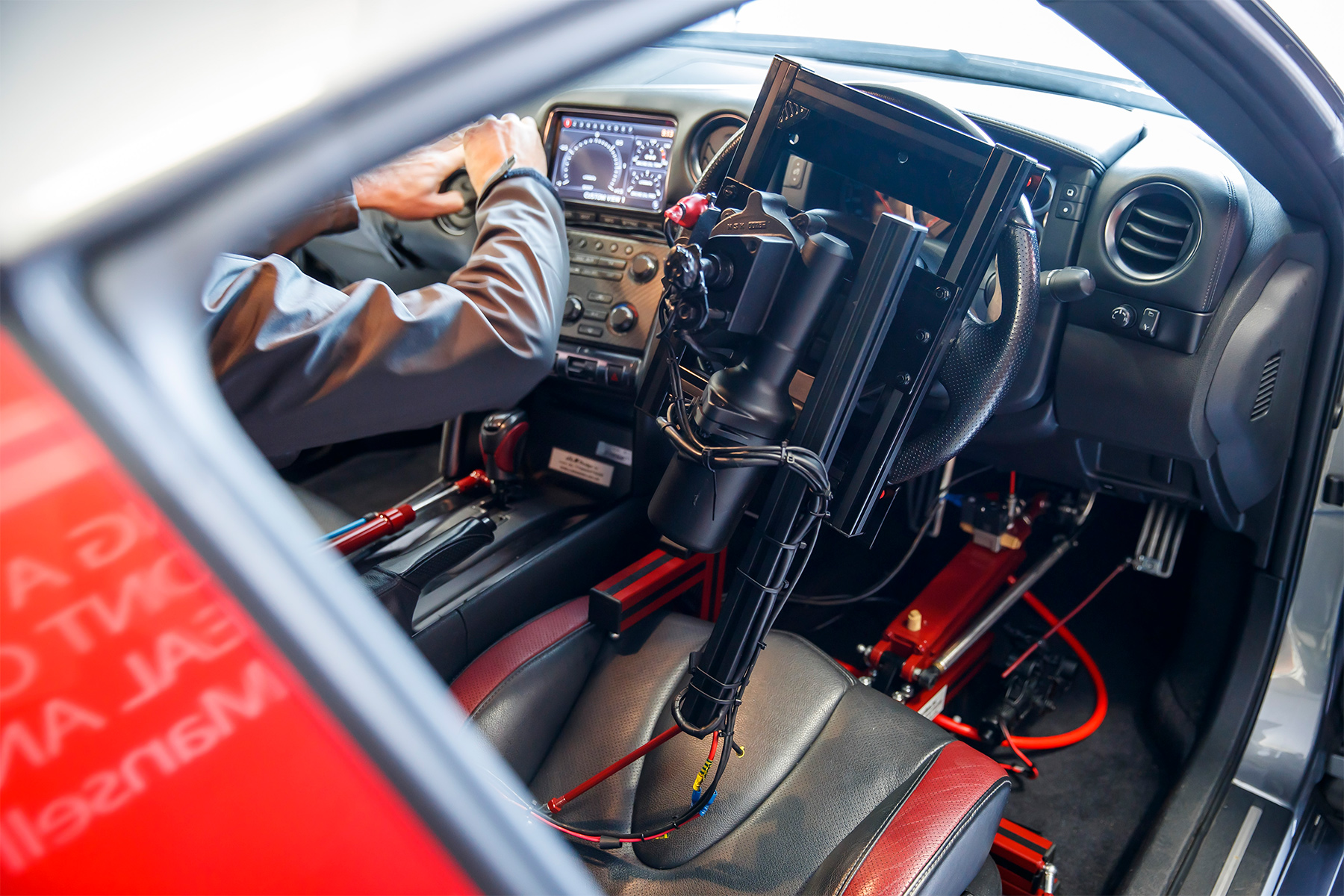 The GT-R /C is also fitted with two independent safety systems, operating on different radio frequencies, which allow two additional operators to apply full ABS braking and cut the engine in the event of the main operator losing control of the vehicle.

“The GT-R /C presented some unique challenges and a number of engineering firsts for us,” said James Brighton of JLB Design Ltd. “We had to ensure the robotics would operate effectively during fast acceleration/deceleration as well as high cornering g-forces; deliver realistic and reassuring control of the car at all speeds; and maintain a robust connection between the car and the DualShock 4 over variable distances and with minimal latency in robot response times. I’m delighted to say all these challenges were overcome but it’s testament to Jann’s unique skillset that he was able to master the vehicle’s operation in a very short period of time whilst delivering some truly impressive lap times.” 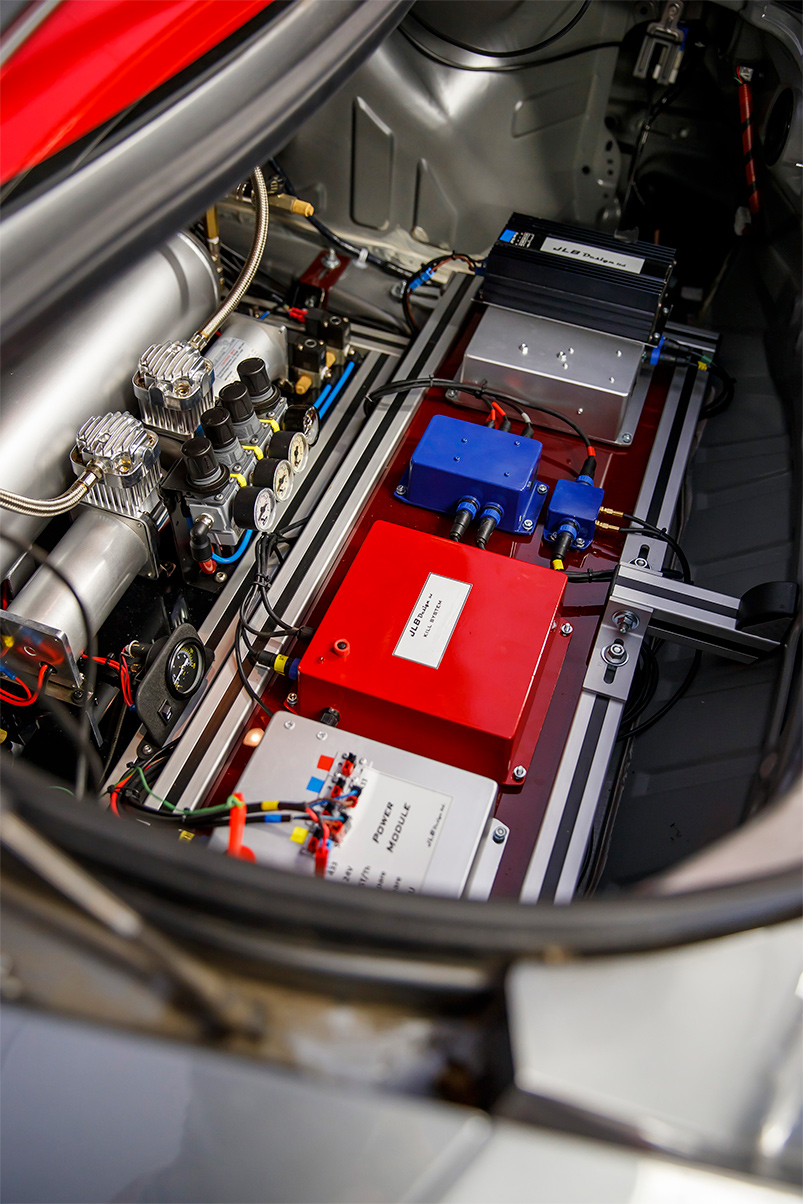 The engineering of the remote-control elements was carried out by Dr James Brighton and his team at JLB Design. James has built over 70 full size remote control vehicles including cars, boats, buses and trucks over the past 15 years and has over 23 years’ experience relating to automotive, motorsport and off road vehicle engineering and development.

In 2018, the Nissan GT-R /C will be used in a tour of primary and secondary schools in the UK to promote future careers in STEM (Science, Technology, Engineering and Maths) subjects.