With the cancellation of the 90th edition of the Geneva International Motor Show due to the Coronavirus, Porsche has opted to unveil their all-new top of the range 911 Turbo S with a virtual press conference hosted by former Formula 1 driver Mark Webber at the Porsche Design Centre in Stuttgart, Germany.
“It’s powerful, it’s elegant, it’s efficient and overall it’s completely cool, that’s what the 911 Turbo S stands for,” said Oliver Blume, Porsche CEO. “The first 911 Turbo was a real sensation in the ’70’s. And with each new generation, we are taking it one step further. Make it sharper in design, faster and more efficient. The Turbo is part of our DNA. It embodies the core brand values of Porsche. Dynamics, power output and speed.”

The new 911 Turbo S coupe and cabriolet will be powered by a new 641 hp 3.8-litre 6 cylinder boxer engine with two VTG turbochargers, an increase of 61 hp over its predecessor. Maximum torque is now rated at 590 lb-ft., an increase of 36 lb-ft. The all-wheel drive Turbo S has a specific 8 speed Porsche Doppelkupplung (PDK) transmission that reduces 0-100 km/h blasts to a blistering 2.7 seconds, two-tenths of a second quicker than its predecessor. Top speed is unchanged at 330 km/h. 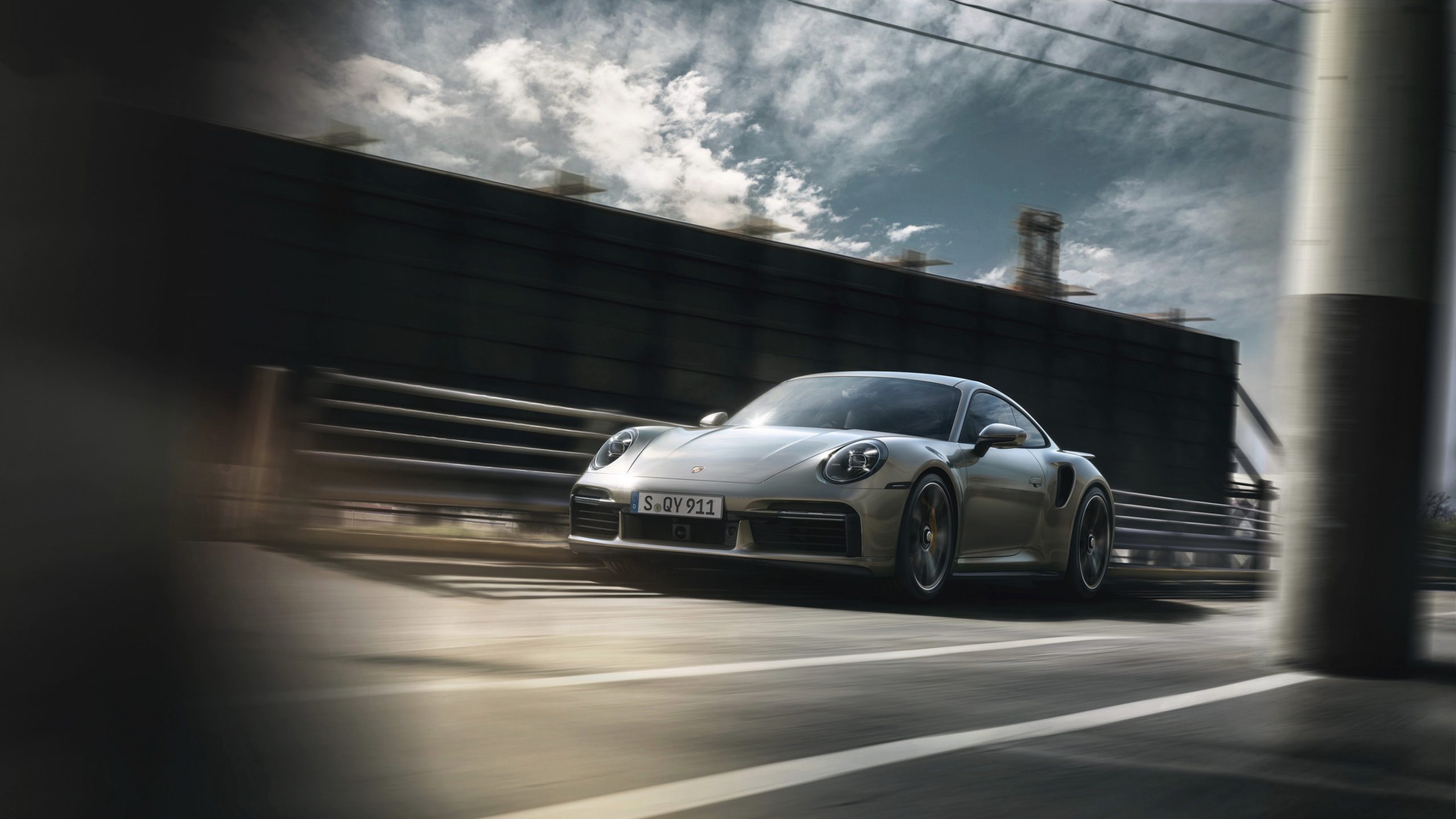 The new 911 Turbo S is almost two inches wider (45mm) over the front axle with an overall width of 1,840 mm, and three-quarters of an inch wider (20mm) over the rear axle at 1,900 mm. The track has also been widened by 42 mm at the front axle and 10 mm wider at the rear axle. Available options include Porsche Active Suspension Management (PASM) sports chassis that has been lowered by 10 mm, and the sports exhaust system with adjustable flaps. 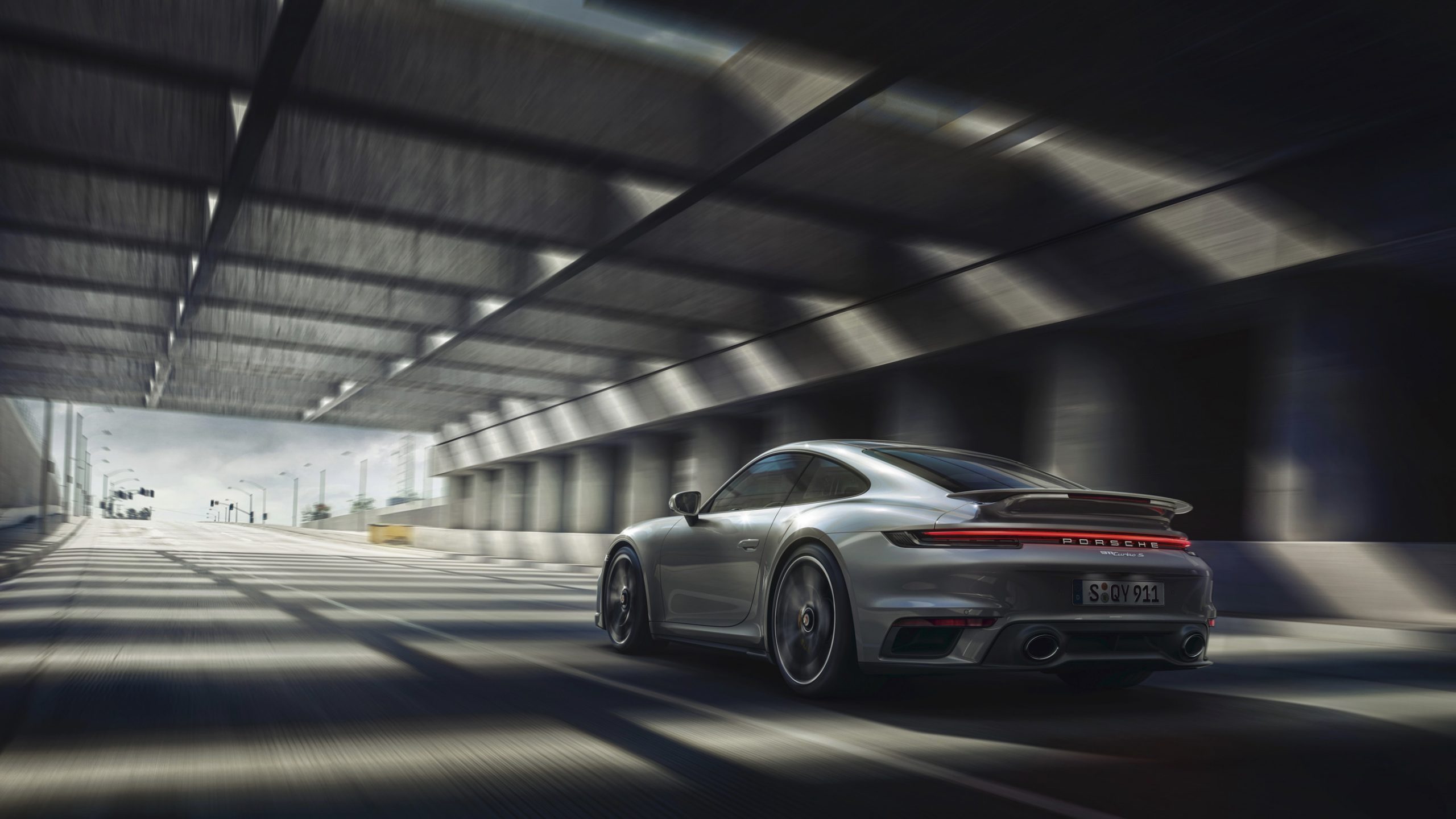 The all-new 911 Turbo S engine features a completely redesigned charge air-cooling system, larger VTG turbochargers in a symmetrical layout with electrically adjustable waste-gate flaps, and piezo injectors which improve responsiveness, power, torque, emissions, and revving ability. The increased power and enhanced Porsche Traction Management (PTM) all-wheel drive have dropped 0-200 km/h runs by one second to just 8.9 seconds. Porsche are emphasizing that the new 911 Turbo S is ideally suited for everyday use as well as use on the race track.
Other standard equipment includes full leather interior and carbon trim and 18-way adjustable sports seats which feature stitching that pays homage to the first 911 Turbo (type 930). The centre screen of the PCM is now 10.9 inches, and can be operated quickly and without distraction thanks to its new layout. Other features include the GT sports steering wheel, Sport Chrono package with newly integrated Porsche Track Precision app and a Bose Surround Sound system. 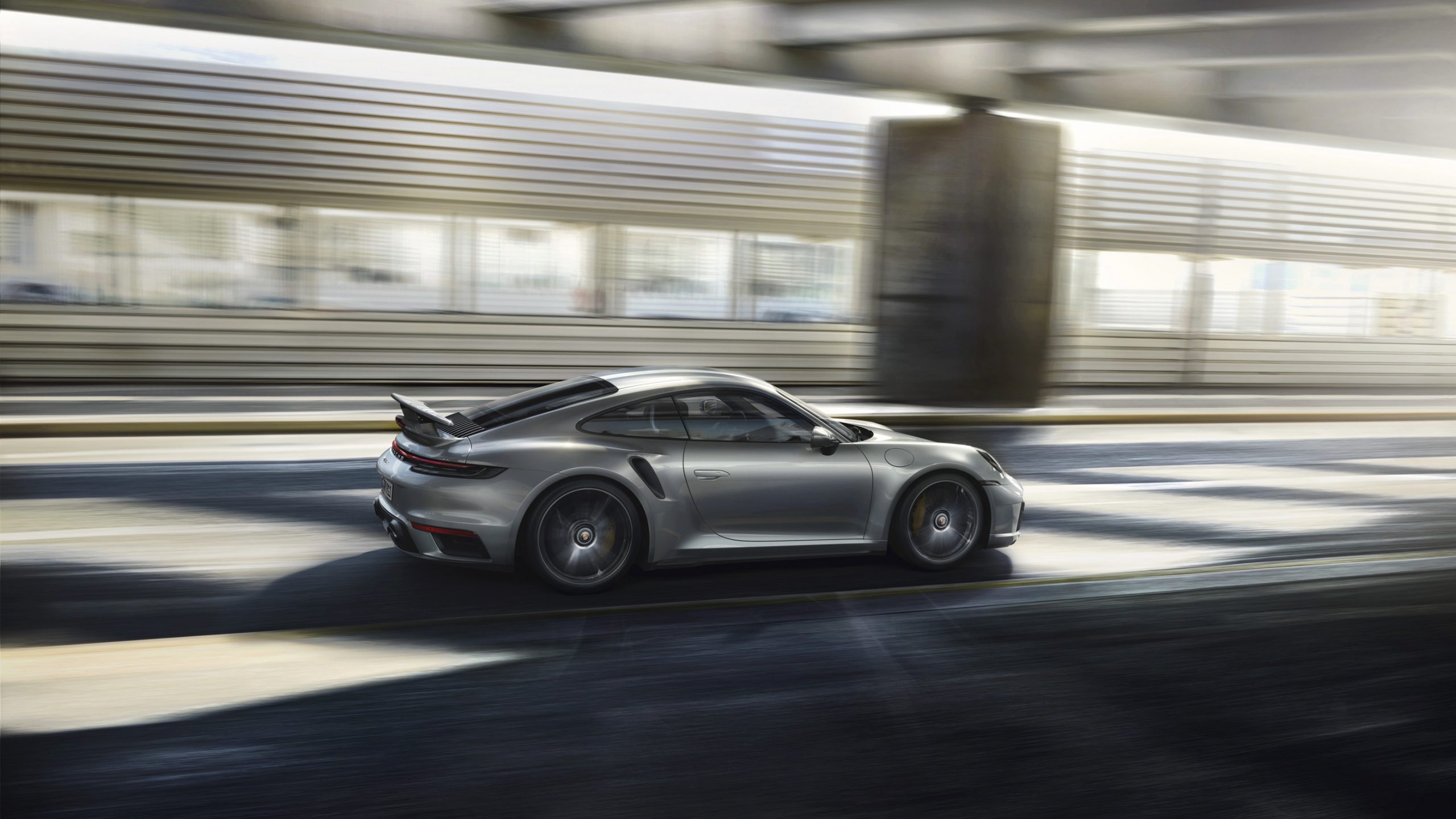