“When you talk Toyota and cool cars, Supra is the first thing that comes to mind for many auto enthusiasts.” Ed Laukes, Group Vice President, Toyota Division Marketing

The Toyota Supra is going to be racing in the NASCAR Xfinity series starting in 2019. The first race for the Supra will be at the legendary Daytona International Speedway on Saturday, February 16, 2019.

“When you talk Toyota and cool cars, Supra is the first thing that comes to mind for many auto enthusiasts,” said Ed Laukes, group vice president of Toyota Division Marketing. “Supra’s return in production form is huge news, but now we’re also going to see this iconic sports car return to American motorsport. From a marketing perspective, it’s important to have a race car that evokes the dynamism and character of its showroom counterpart. We’re confident we’ve accomplished that with Supra, and we hope racing fans the world over will proudly cheer its success on track.”

Toyota worked with TRD (Toyota Racing Development) in Costa Mesa, California, and Calty Design Research in Newport Beach, California, to develop a Supra for NASCAR competition. The two teams applied key learnings from their prior collaborative efforts in NASCAR, which included the 2018 Toyota Camry that clinched the 2017 Monster Energy NASCAR Cup Series championship. To build the Supra for NASCAR, TRD and Calty scaled Supra to fit within NASCAR’s specifications for race vehicle entries in the NASCAR Xfinity Series.

“We’ve had tremendous success working with Calty to develop race cars that match the look, feel and excitement of their showroom counterparts,” said David Wilson, president of TRD. “We’re confident Calty and TRD have developed another race car, Supra, that is capable of winning races and championships. For Supra to be racing in NASCAR just speaks to how important this vehicle is to us, and that we believe Supra can be a bona fide championship winner.”

Toyota has raced the Camry in the Xfinity series 2007 and has achieved four manufacturer championships, two driver championships and 142 wins. The 2019 season marks the first year Toyota will field a different model in all three of NASCAR’s national series – the Camry in the Monster Energy NASCAR Cup Series, Supra in the NASCAR Xfinity Series and the Tundra in the NASCAR Camping World Truck Series. 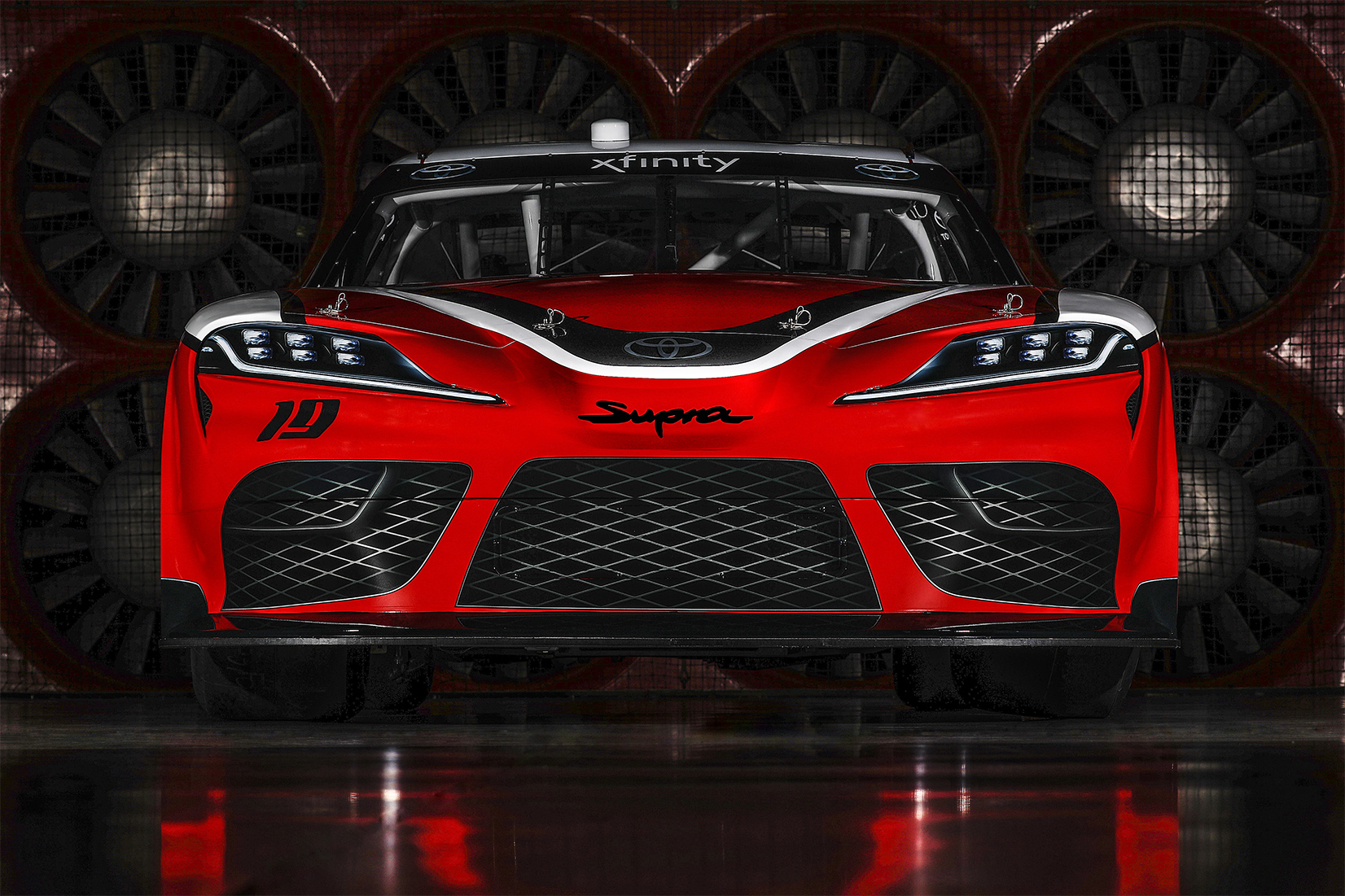 Supra previously raced in both America and Japan, where it was a dominant force in Super GT competition and a contender in the IMSA Camel GT Series in the 1980s. It also made two appearances in the 24 Hours of Le Mans in France in the 1990s. 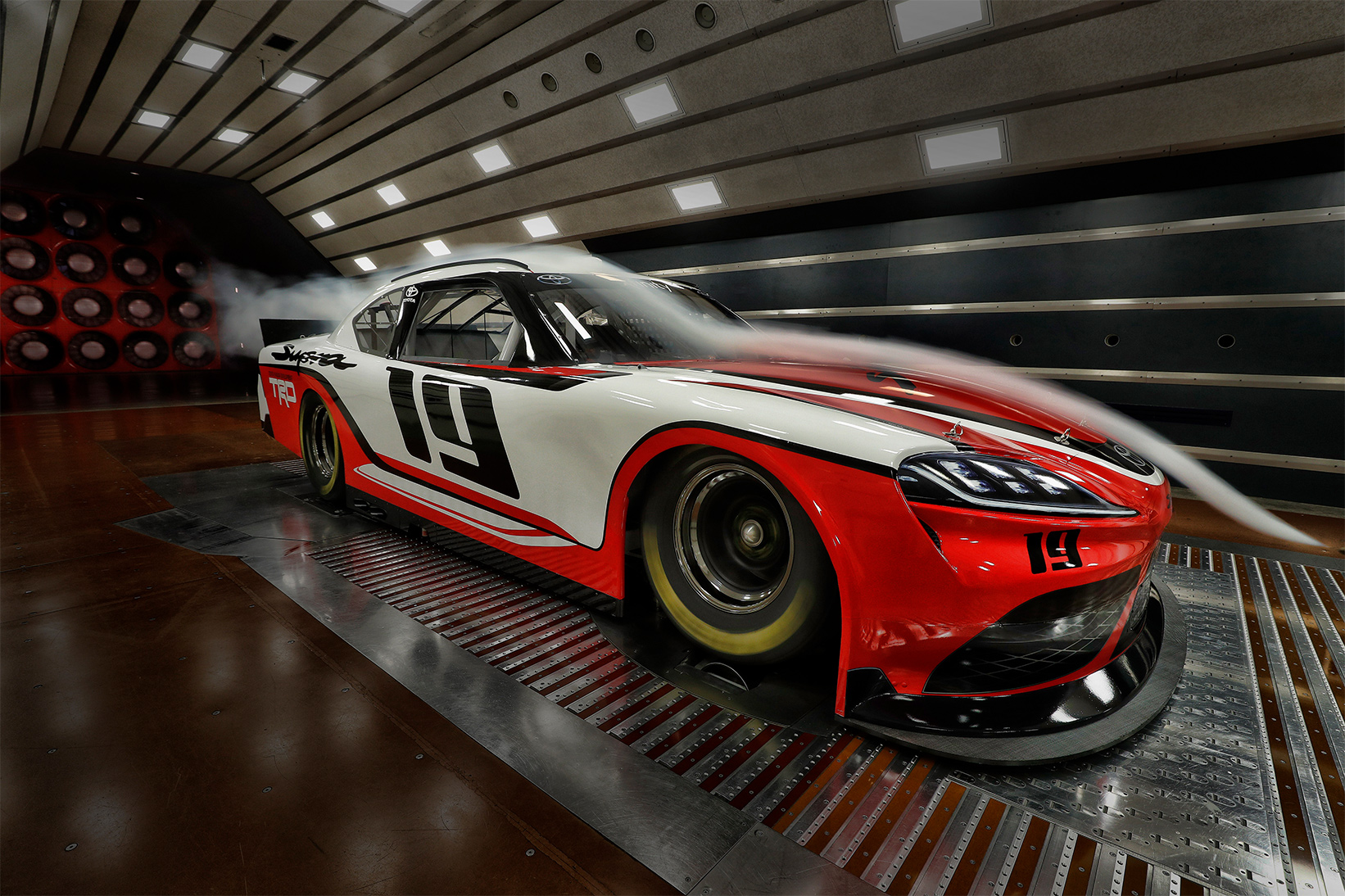 “When Ed (Laukes) told me they were bringing Supra back, I almost didn’t believe him,” said Kyle Busch who won the 2009 NASCAR Xfinity Series championship in Camry. “I figured he was messing with me, but Toyota did it and this is a big deal for the NASCAR Xfinity Series. Supra is an iconic cool car, and to have it racing in NASCAR to highlight Supra’s return speaks to how important this is. I’m hoping to be the first guy to get Supra to victory lane, but I’m sure there’s a few other Toyota drivers thinking the same thing.”