“…the closest experience you can get to a race car without actually lining up on a circuit grid.”Mike Flewitt, CEO, McLaren Automotive

McLaren Automotive has confirmed that it will be producing the Senna GTR, which will be its ultimate track car. Up to 75 units will be sold at a cost of approximately £1 million (USD $1.39 million) plus local taxes. All 500 of the road going McLaren Senna have been pre-sold. The GTR will have more power and torque than road-legal McLaren Senna and will generate up to 1,000 kg (2,204 lbs) of downforce which will make it the fastest McLaren ever built, other than their Formula 1 car. The unveiling the McLaren Senna GTR Concept took place at the 88th Geneva International Motor Show. 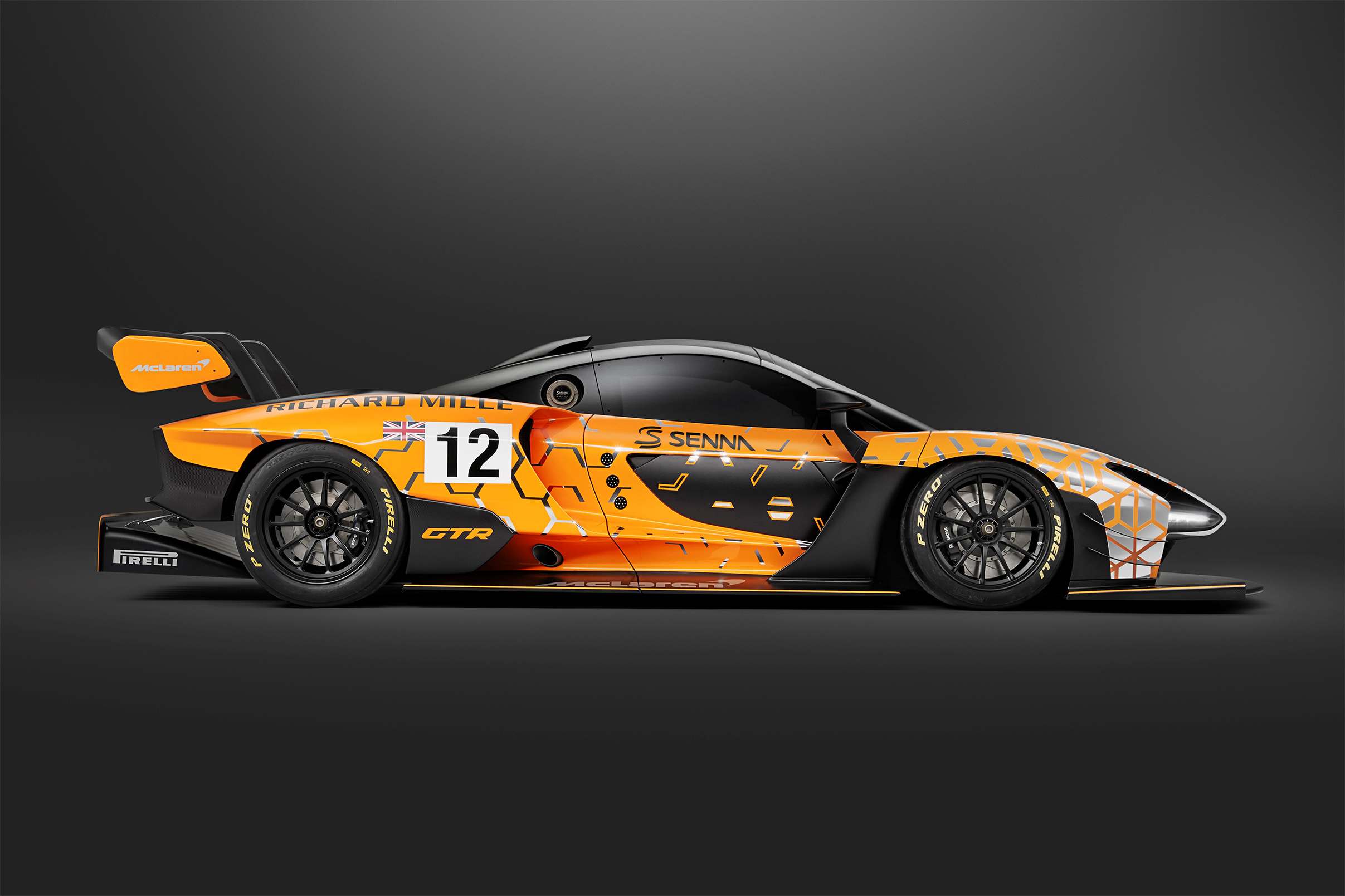 “Excelling on the track underpins the heritage of the McLaren brand and is as important and relevant today as it has ever been,” said Mike Flewitt, McLaren Automotive CEO. “The track-only McLaren Senna GTR will have more power, more grip and more downforce – up to 1,000 kg – than the McLaren Senna and post even faster lap times; the very limited number of customers who secure this car will be buying the closest experience you can get to a race car without actually lining up on a circuit grid.” 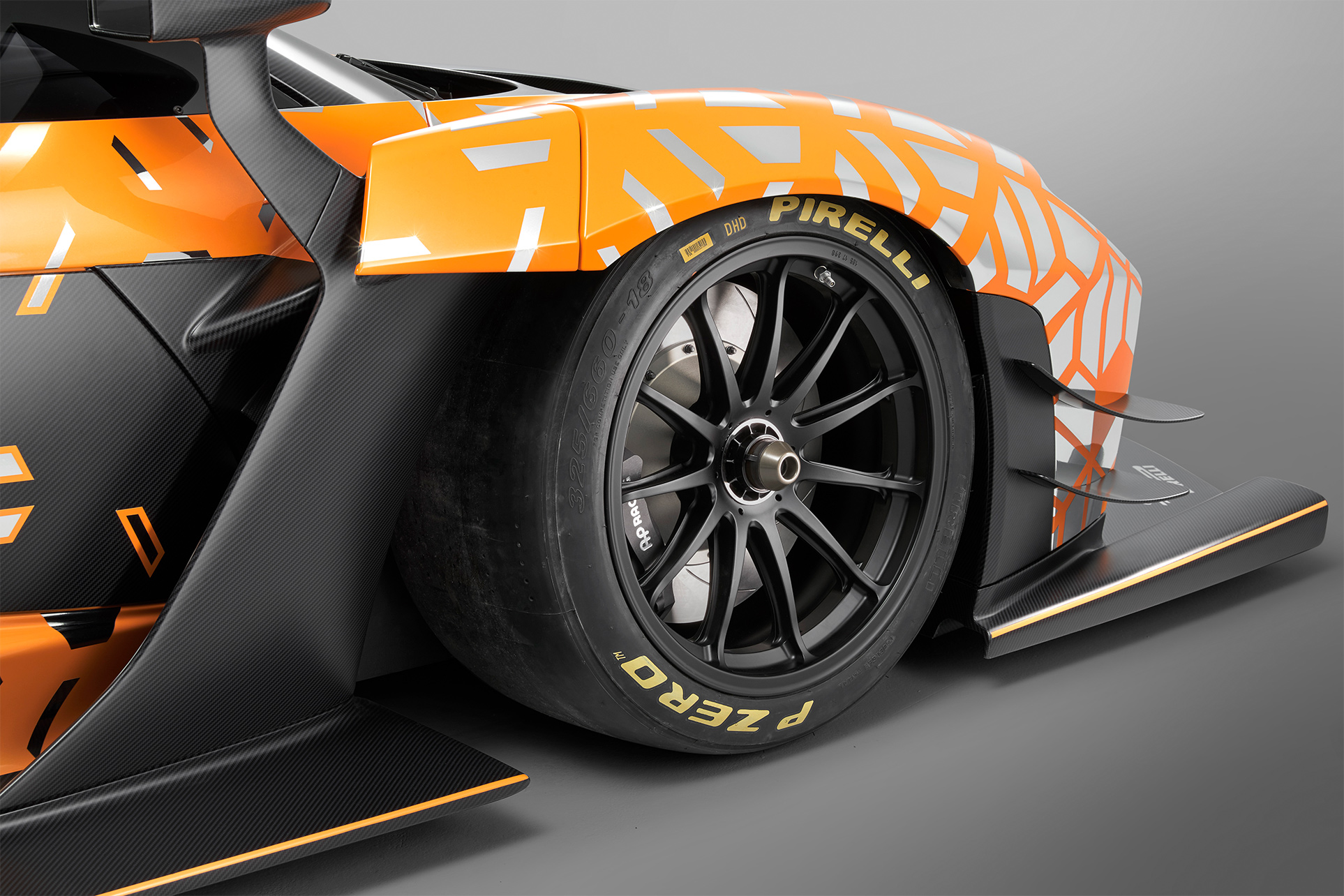 “The McLaren Senna was designed from the outset with the full spectrum of road and track requirements in mind, so developing a GTR version is within the scope of the original project,” said Dan Parry-Williams, McLaren Automotive Design Engineering Director. “The McLaren Senna GTR Concept unveiled in Geneva is not the finished article but it does give a clear indication of our thinking for the car, which promises to be the most extreme and exciting McLaren to drive for many years, if not ever.”

The Senna GTR will have a wider track and new fenders front and rear, the changes to the carbon fibre body simplified by the fact that the fenders and other aerodynamic components have been designed as ‘clipped on’ to the cockpit structure, allowing relatively easy modification. The Senna GTR will also feature a new wheel design, developed specifically for track use. 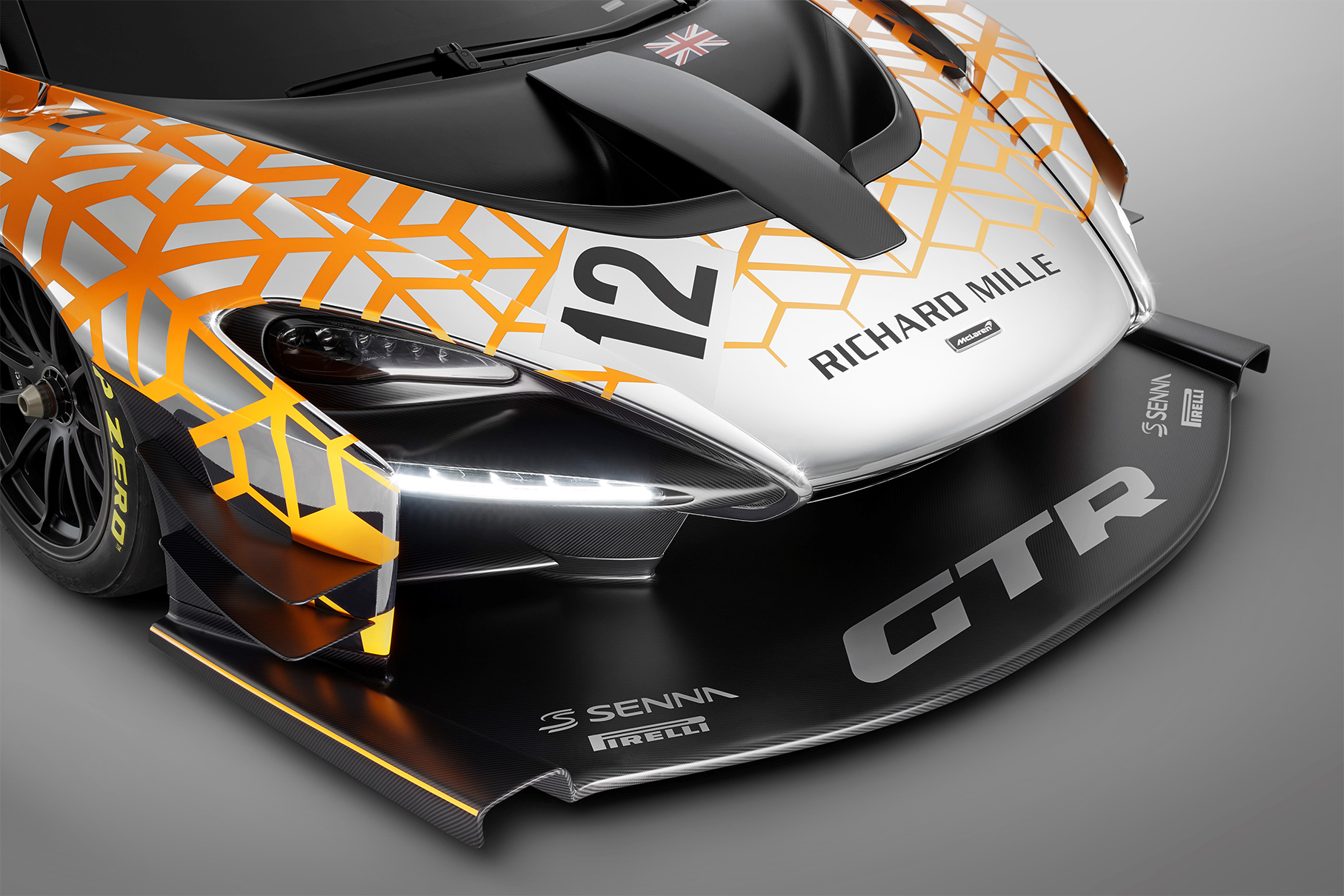 The front splitter of the McLaren GTR Concept is larger than the road-car component and contributes to improved front aerodynamic performance, as does the rear diffuser which is both larger and extends further back. The rear deck is the lowest of any McLaren and aids both aerodynamic performance and cooling, as well as helping to optimise the performance of the active rear wing. 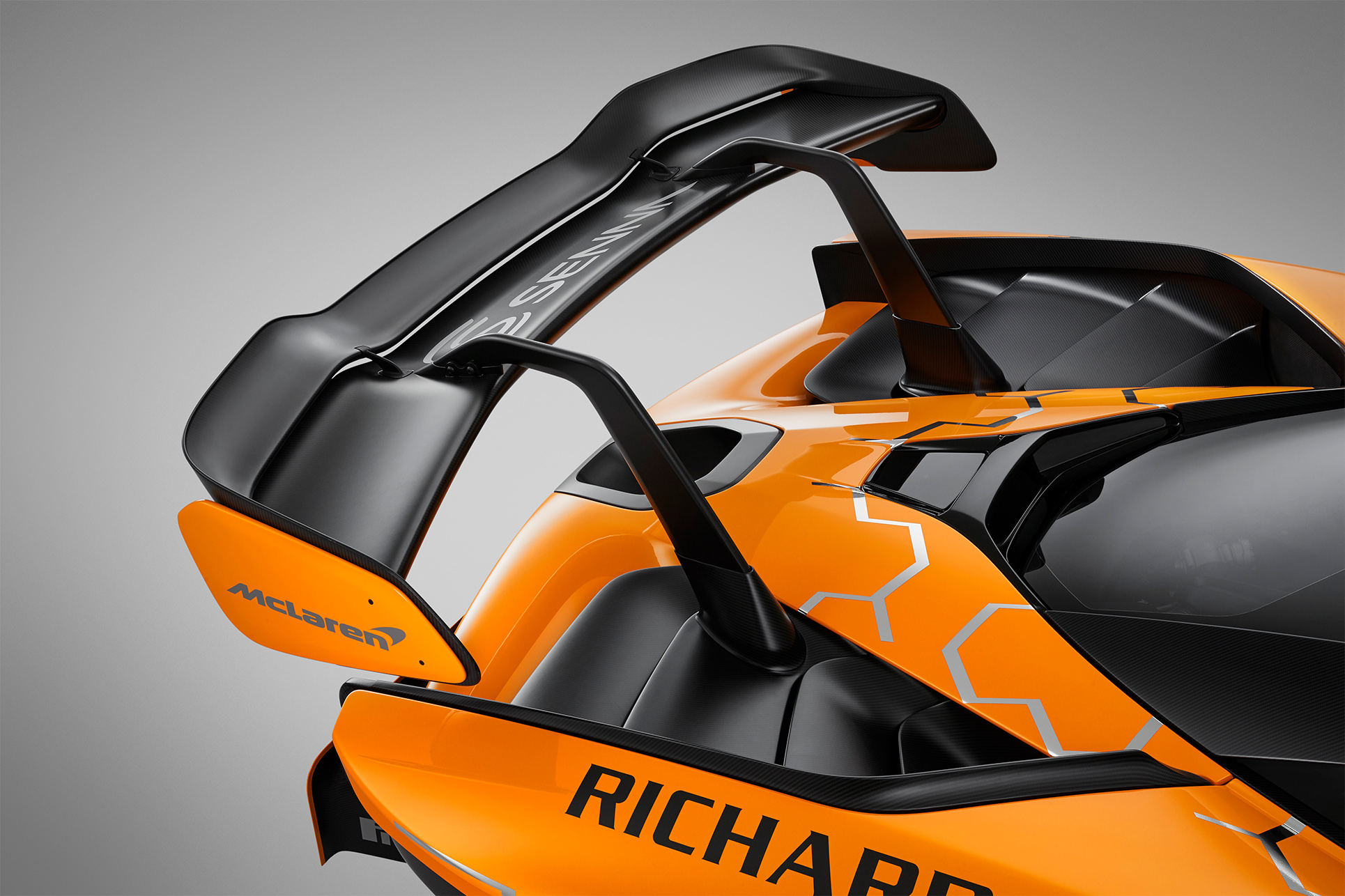 The design of the doors benefits aerodynamic efficiency, the outer skin being ‘pushed in’ as far as possible towards the centre of the car to better channel airflow. Unlike the road-legal McLaren Senna, the McLaren Senna GTR will feature a polycarbonate ‘ticket’ window. 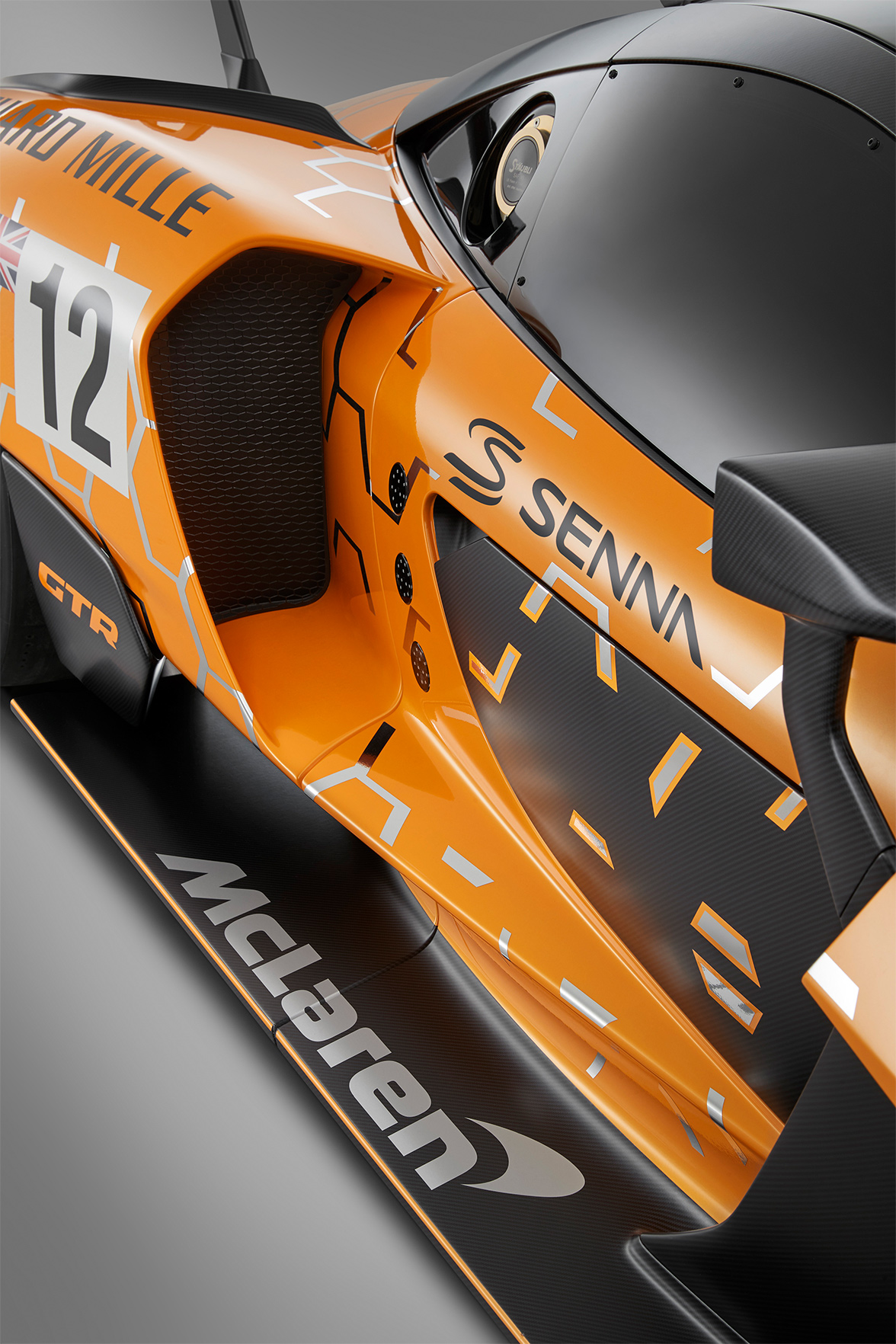 The most extreme McLaren car ever will be hand-assembled in Woking, England, in 2019. 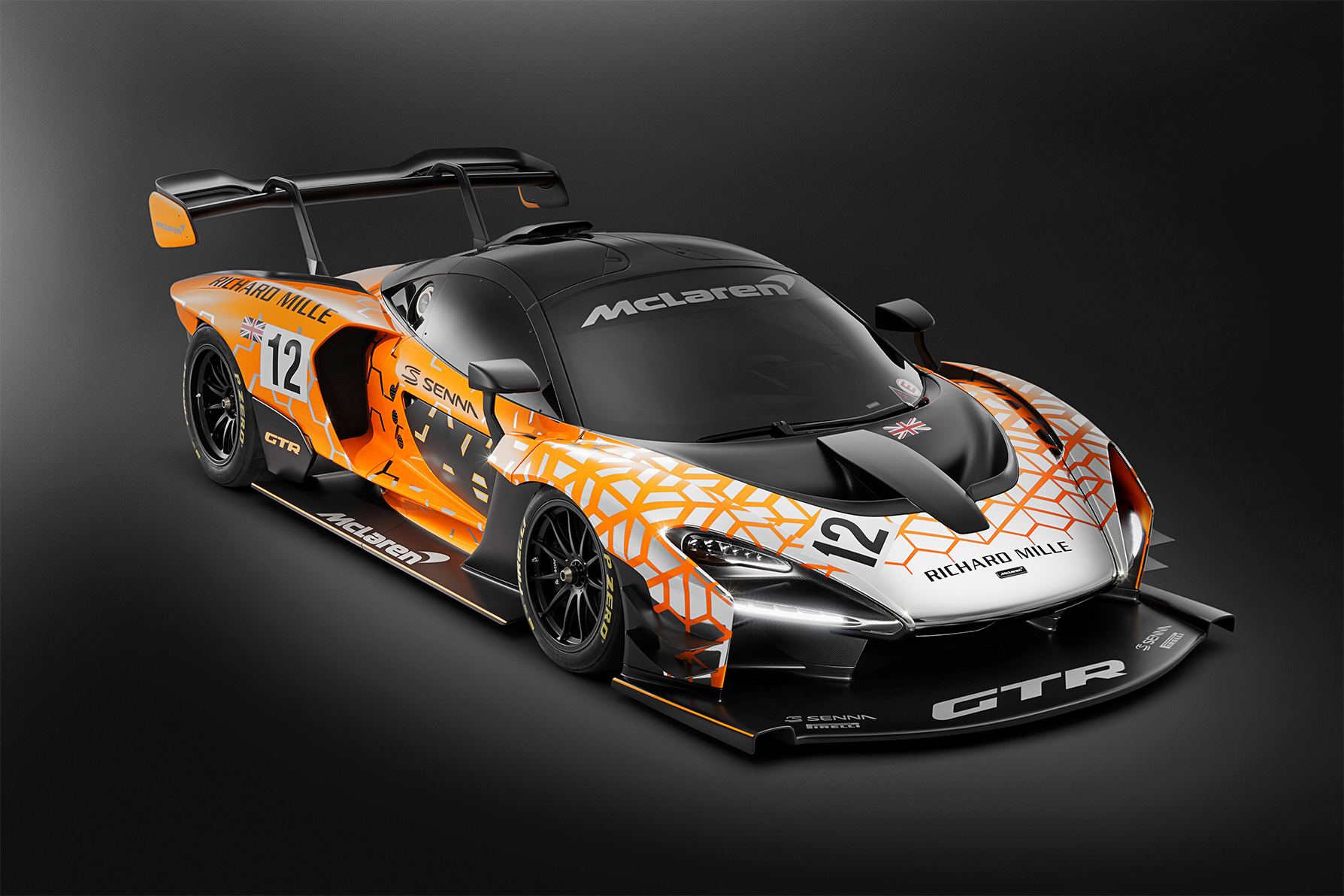