“During the attempt I just kept going, putting everything I’d learnt into practice. You lose sense of time when you’re in a spin…”Sir Chris Hoy, Race Car Driver and British Olympic Cyclist

Race car driver and British Olympic cyclist Sir Chris Hoy is no stranger when it comes to record-breaking achievements on two wheels, but he now has his first record on four wheels. Joining Caterham Cars to celebrate 60 years of the Seven, Sir Chris took on the ‘60 Second Donut Challenge’ at Donington Park. At his disposal was Caterham’s most powerful model, the Seven 620R. Sir Chris completed a record 19 consecutive donuts in 60 seconds. The Seven 620R’s Supercharged 2.0 litre Ford Duratec engine pumps out 310 hp and will launch the 1,261 lb car from 0-60 mph (0-96.5 km/h) in just 2.79 seconds.

“Everyone knows I spend a lot of time in cars these days but I’ve never had much practice donuting,” admitted Sir Chris. “But when someone tells me there’s a record up for grabs that certainly focuses my mind. During the attempt I just kept going, putting everything I’d learnt into practice. You lose sense of time when you’re in a spin, so I was shocked when I was told I’d completed 19 in 60 seconds – it was more than I expected.” 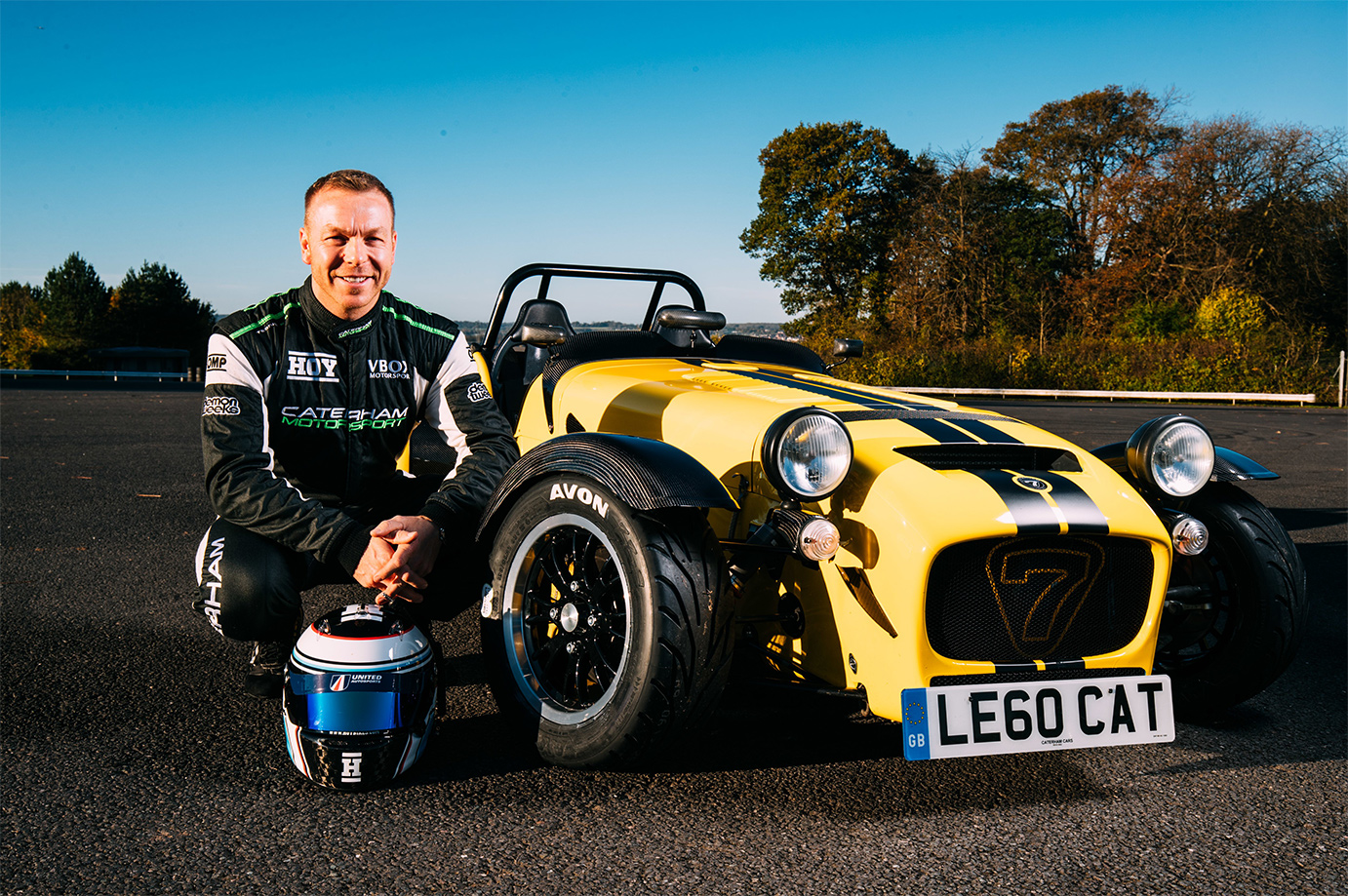 The beastly 620R was the chosen Seven for the record attempt, as its supercharged 2.0 litre Ford Duratec engine and limited slip differential made the perfect combination for successive spins.

“When we entered the Seven’s 60th anniversary celebrations we knew we wanted it to be a milestone year,” said Graham Macdonald, Caterham’s Chief Executive Officer. “However, we didn’t realise it would be a record breaking year on so many different counts. Topping off the year, after such a strong sales performance, with a record from an Olympic icon is quite a way to round it all off.”

Also contributing to the success of the record was the set of ultra-high performance Avon ZZS tyres. The ZZS rubber, while entirely road legal, is more often found being used on the racetrack, including as the control tyre for several Caterham Motorsport championships.

“We already knew that the ZZS and the Caterham Seven worked in perfect harmony, but this sounded like too much of a challenge for us to turn down,” Avon Tyres’ Motorsport General Manager, Paul Coates added. “Thankfully, our faith in the ZZS product was justified – the tyre stood up well to what is an unusually harsh experience.” 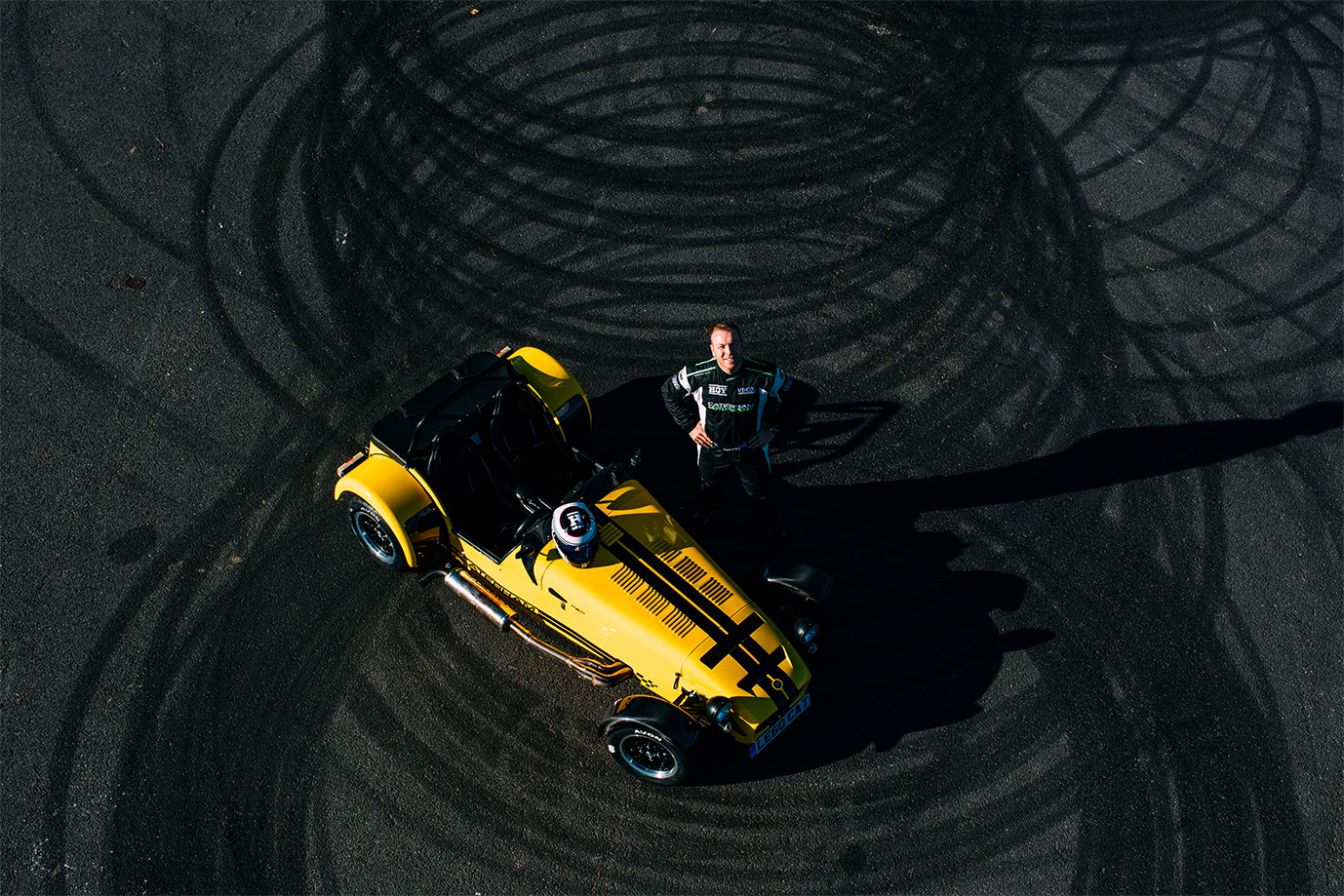 Offering the ultimate in grip in wet and dry conditions, the ZZS has a full racing tread compound and was the ideal fusion of performance and durability for Sir Chris’s donut attempt.

The new donut record concludes an epic year of celebrations for the Seven following the launch of two limited-edition models created for the anniversary: the retro Seven Sprint and gentleman’s racer Seven Supersprint. Both cars went on to sell out in record time – the Seven Sprint in seven days and Seven SuperSprint in an incredible seven hours. Caterham recently confirmed their best sales year since 1996 with over 600 orders. 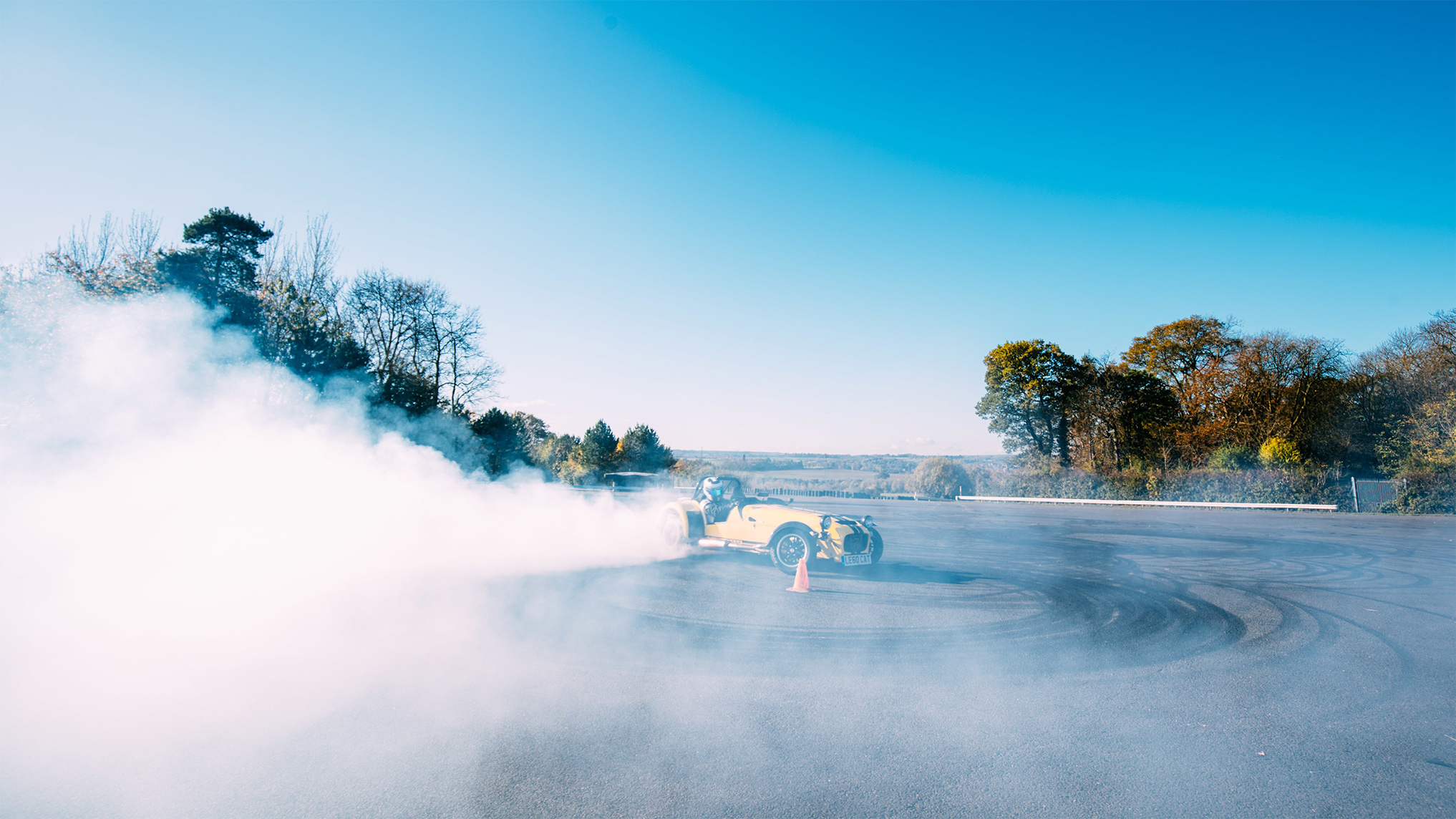