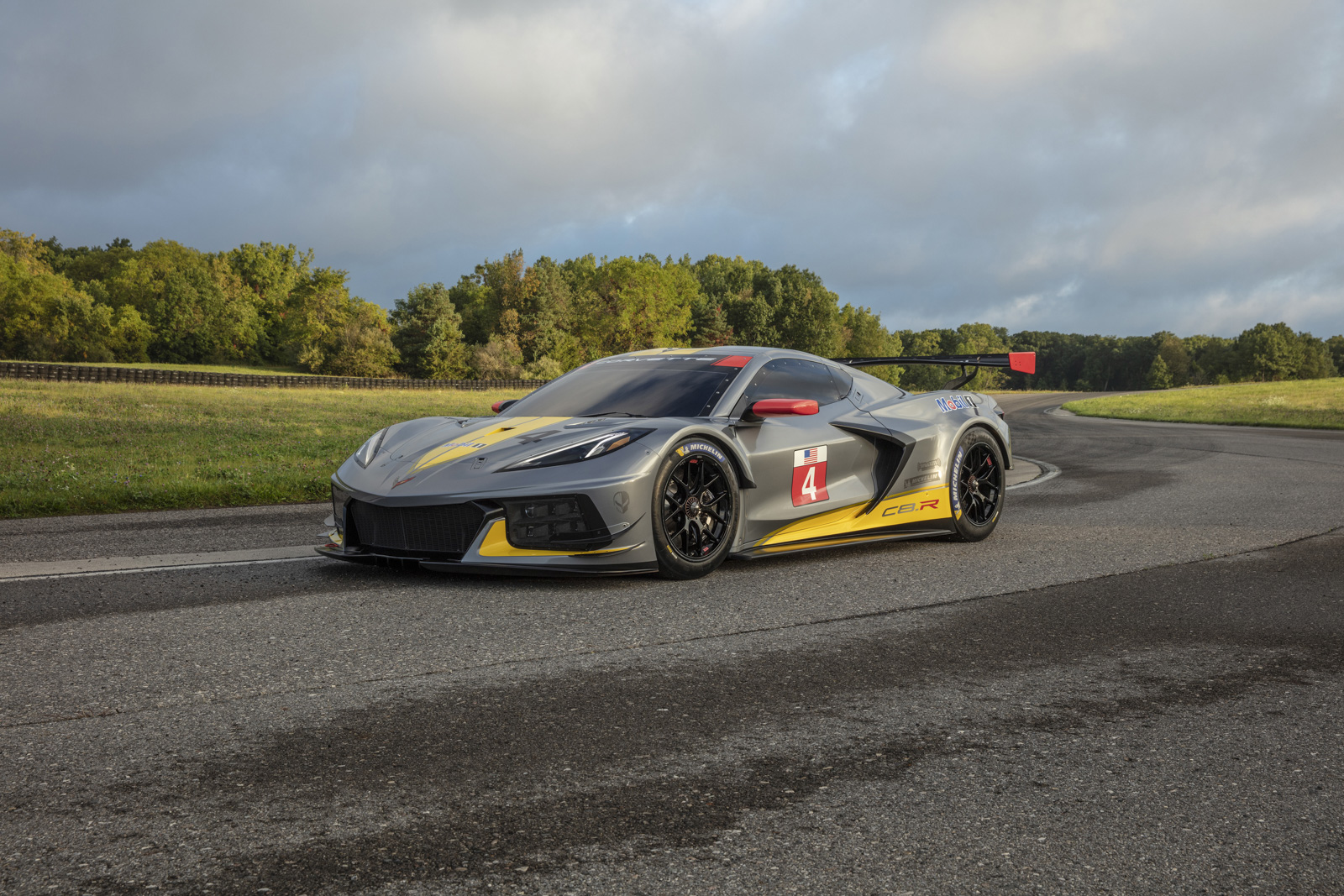 The front engine, rear wheel drive Corvette C7.R has run its final race. The two caras finished fourth and seventh in the GT Le Mans class at the the Motul Petit Le Mans on October 12 at Road Atlanta in Braselton, Georgia. Chevrolet finished third overall in the manufacturers championship behind Porsche and Ford. For the first time in Corvette’s 66 year history, a mid-engine Corvette will take to the race track in 2020.

The C8.R will race in IMSA’s GTLM class. It is the first clean sheet race car design since the C5.R debuted in 1999. It will make its racing debut at Rolex 24 at Daytona from January 25-26, 2020. Since 1999, Corvette Racing has won 99 races in IMSA competition, the most of any professional sports car racing team based in North America. 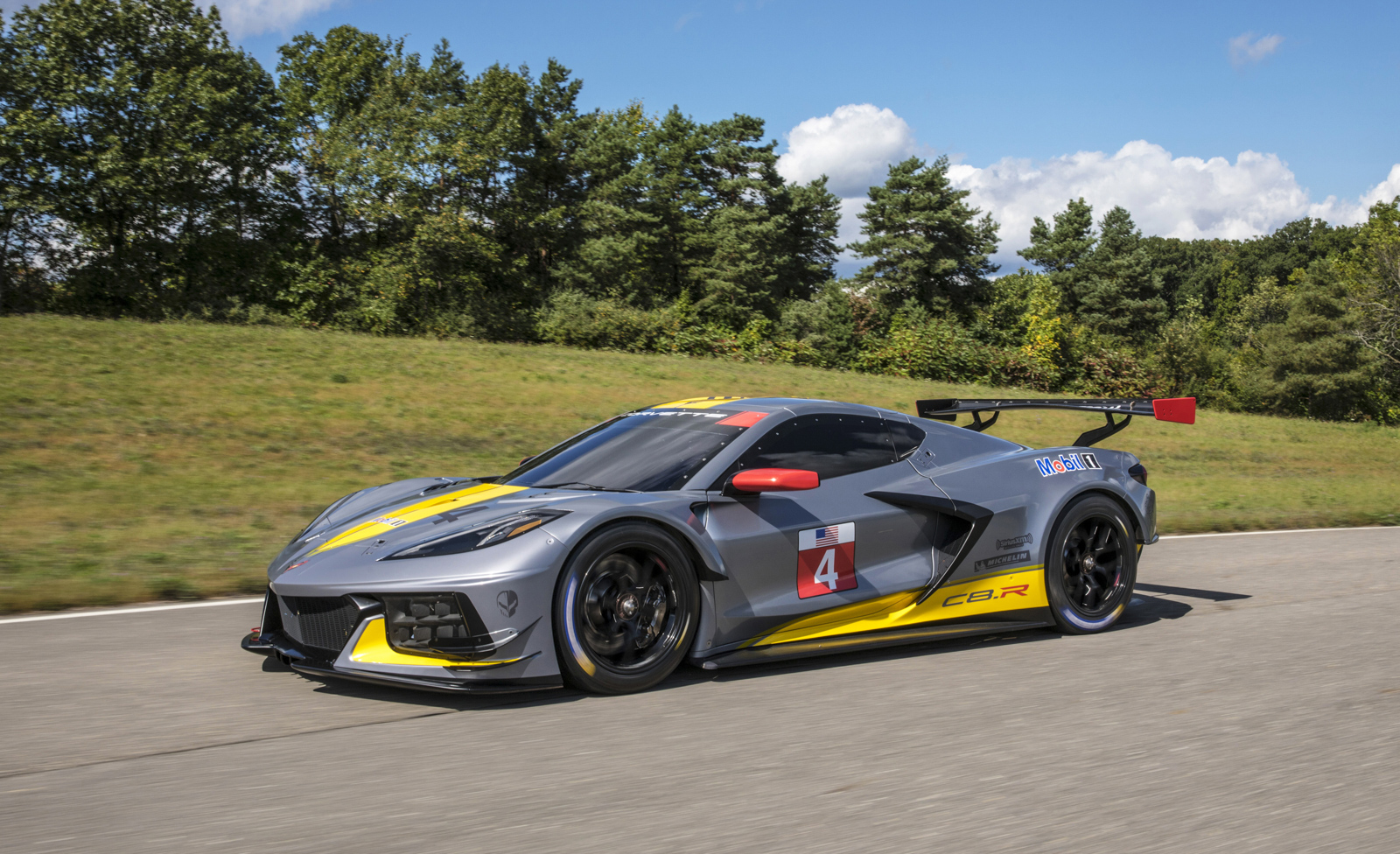 The C8.R is based on the all-new 2020 Corvette Stingray. There is a deeper level of technology transfer between the race car and production Corvette than ever before, which helps contribute to many of its advancements. As a result, the C8.R shares the highest percentage of parts between the production and race car than any previous generation.

“It was important for us to develop the new race car alongside the production car, so that each product could properly take advantage of the new architecture,” said Ed Piatek, Corvette chief engineer. “The benefits of this mid-engine supercar, including its incredible balance and connected-to-the-road feel, will be obvious on the street and the track.”

To comply with IMSA engine displacement rules, the C8.R will feature a 5.5L naturally-aspirated V8 engine, producing 500 hp and 480 ft.-lb. of torque. A new compact Xtrac six-speed sequential gearbox was developed in order to provide room at the rear of the C8.R to package a race car specific diffuser. 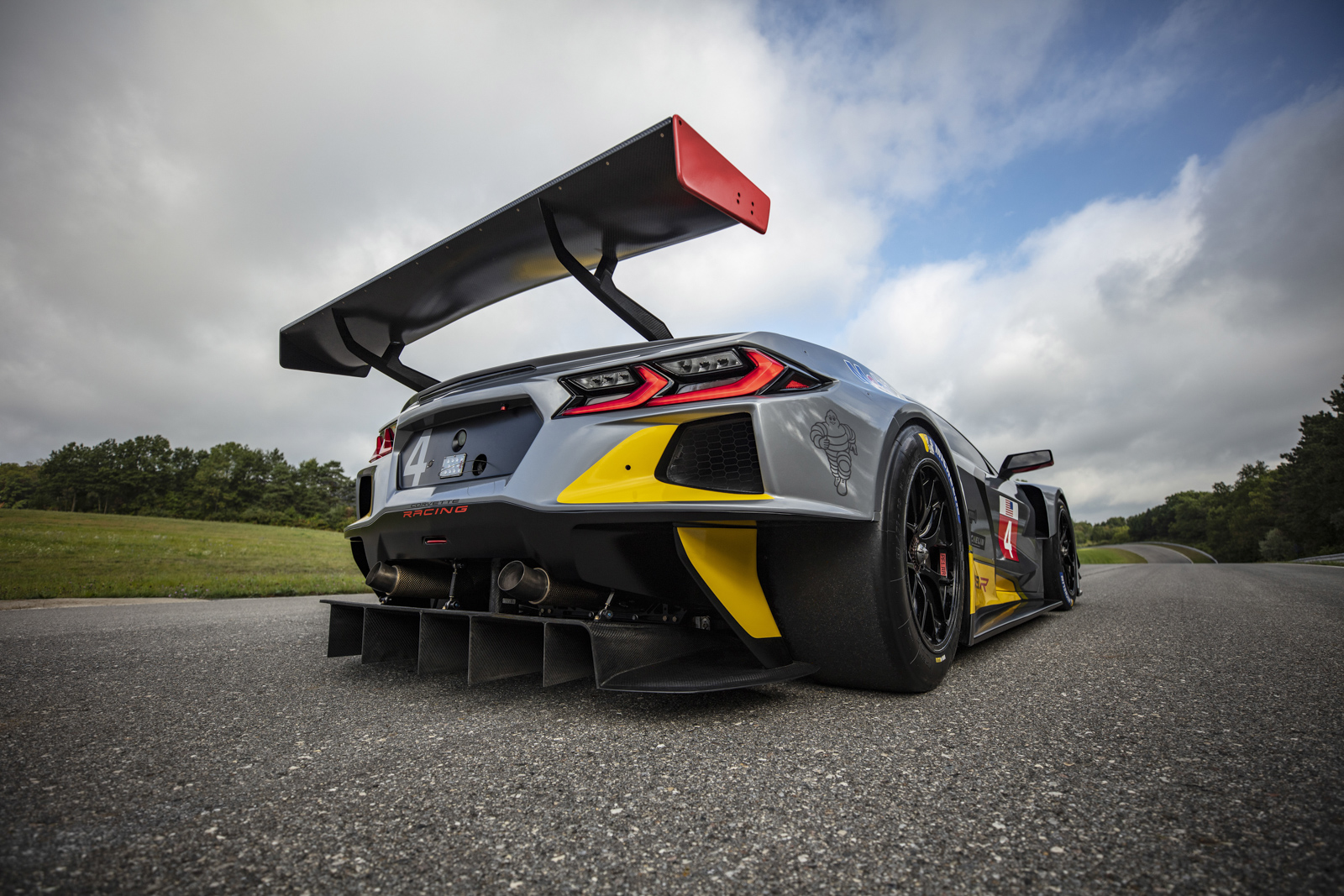 “We have looked forward to racing a production-based mid-engine Corvette for a long time,” said Jim Campbell, Chevrolet U.S. vice president of Performance and Motorsports. “The debut of the C8.R is the result of immense collaboration between GM Engineering, Propulsion, Design and the Corvette Racing team. As Corvette Racing enters its third decade of competition, we’re excited to begin the next chapter.” 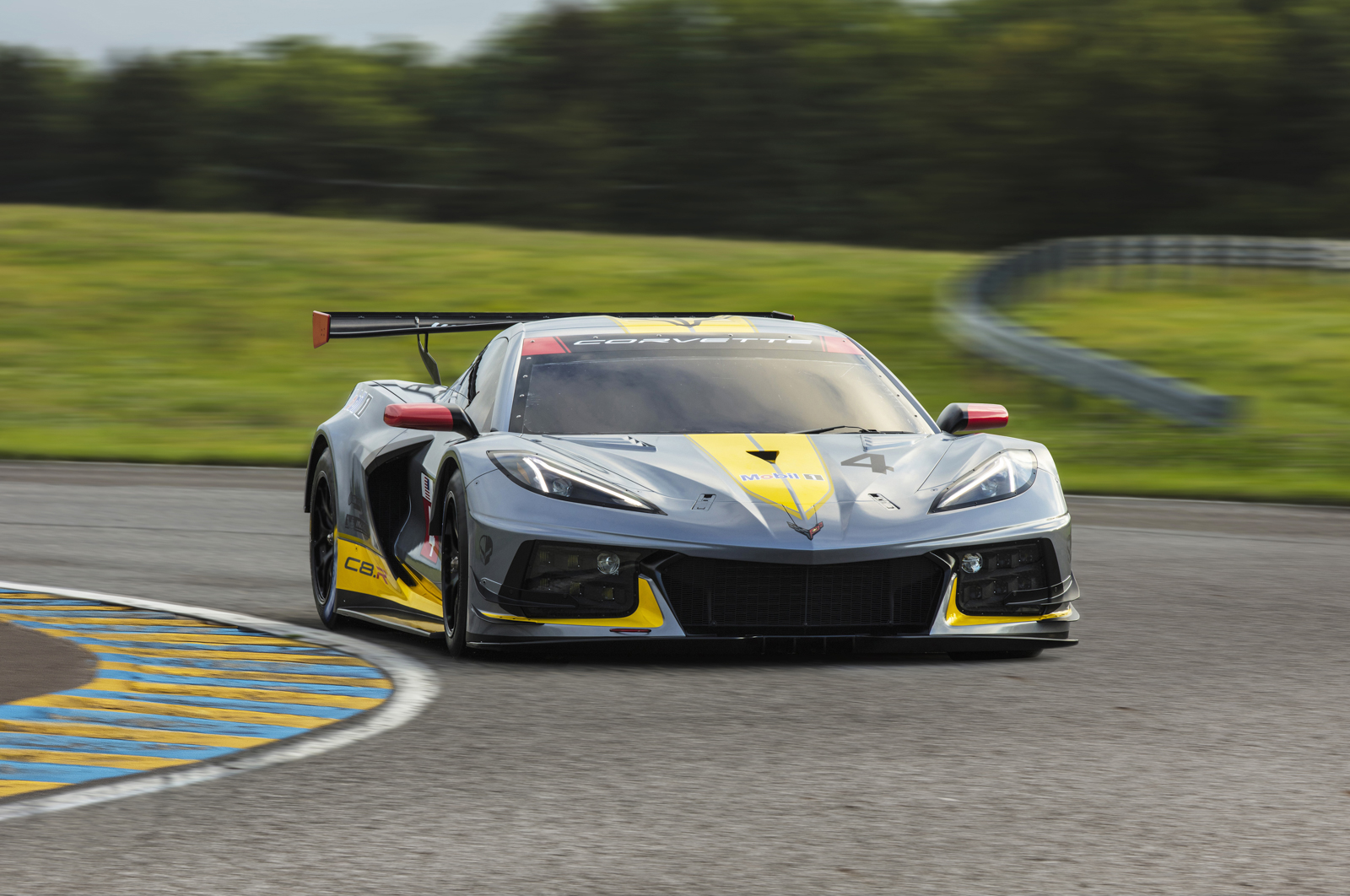 Improving aerodynamics, increasing stiffness and decreasing weight from the previous generation car were all primary focuses of the C8.R development. The use of computer analytics made it possible to start the design of the race car well in advance of any production Corvette components being available. 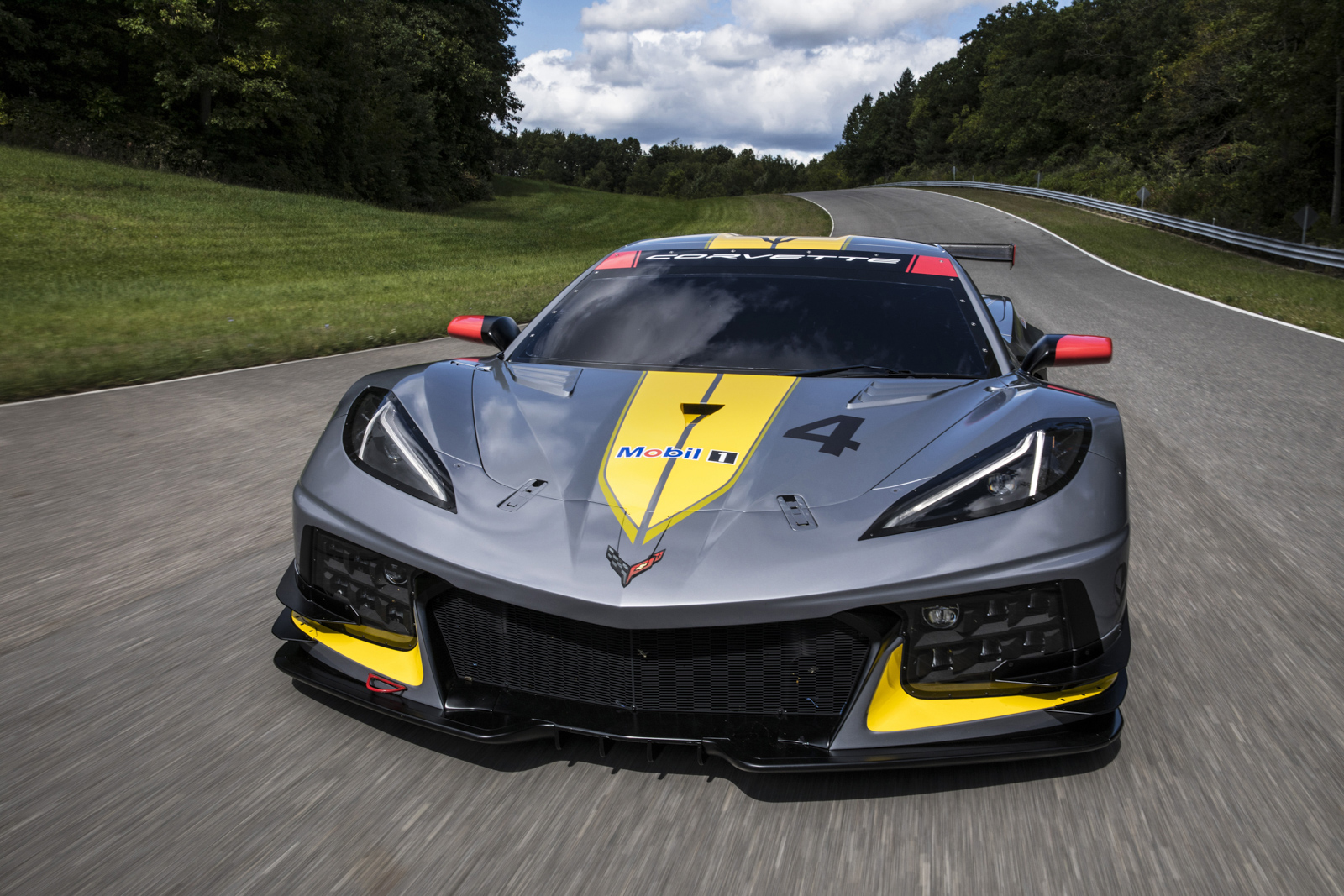 The C8.R utilizes a production 2020 Stingray chassis structure produced in the Bowling Green Assembly plant. The chassis is then modified to meet race series requirements. The new C8.R chassis structure is significantly stiffer and lighter than its predecessor. 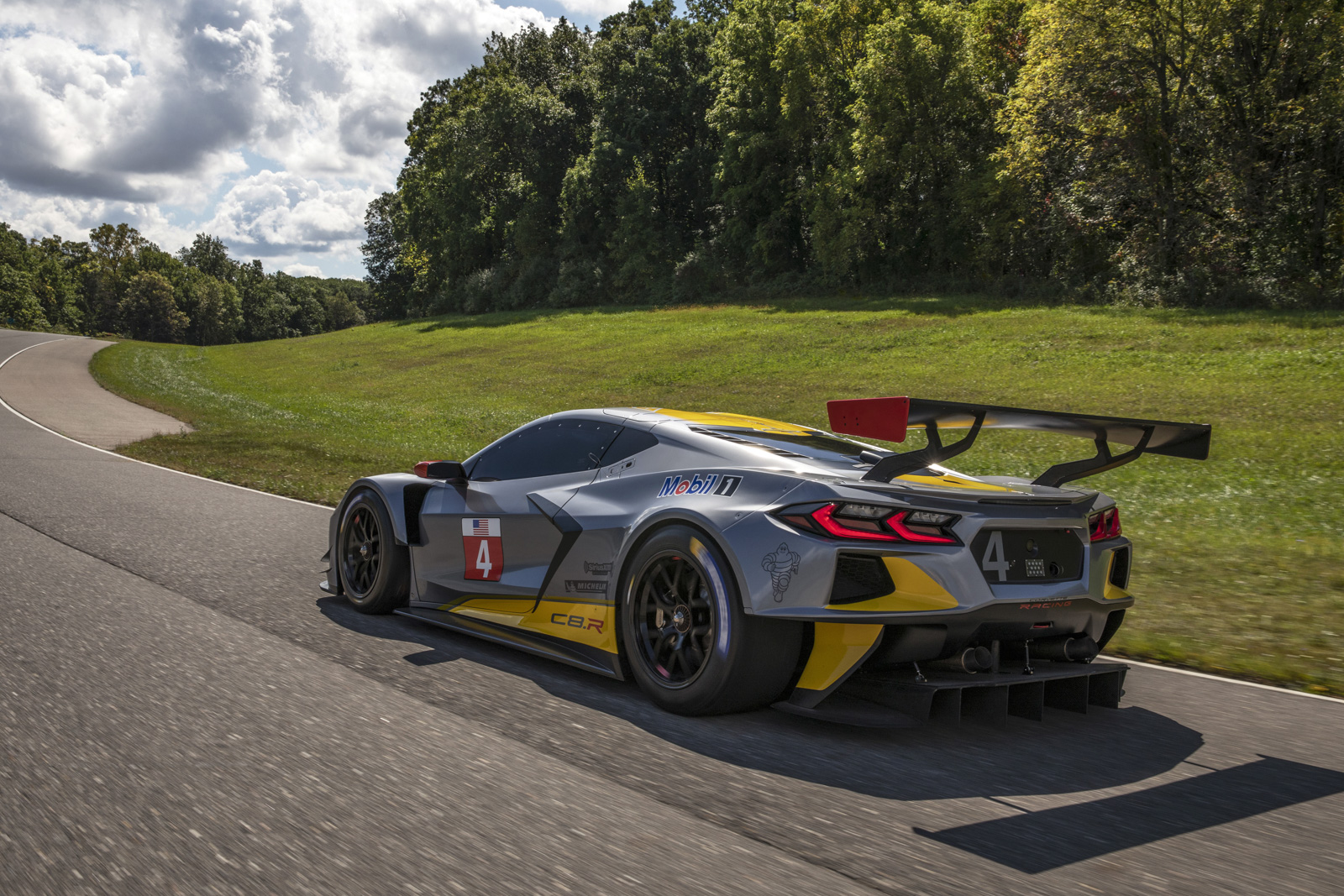 With a lower center of gravity and more even weight distribution on the wheels, Corvette Racing worked closely with Michelin to optimize the tire compound and construction to best support the unique traction needs of a mid-engine race car. The C8.R will ride on 18 inch Michelin Pilot Sport GT competition tires. 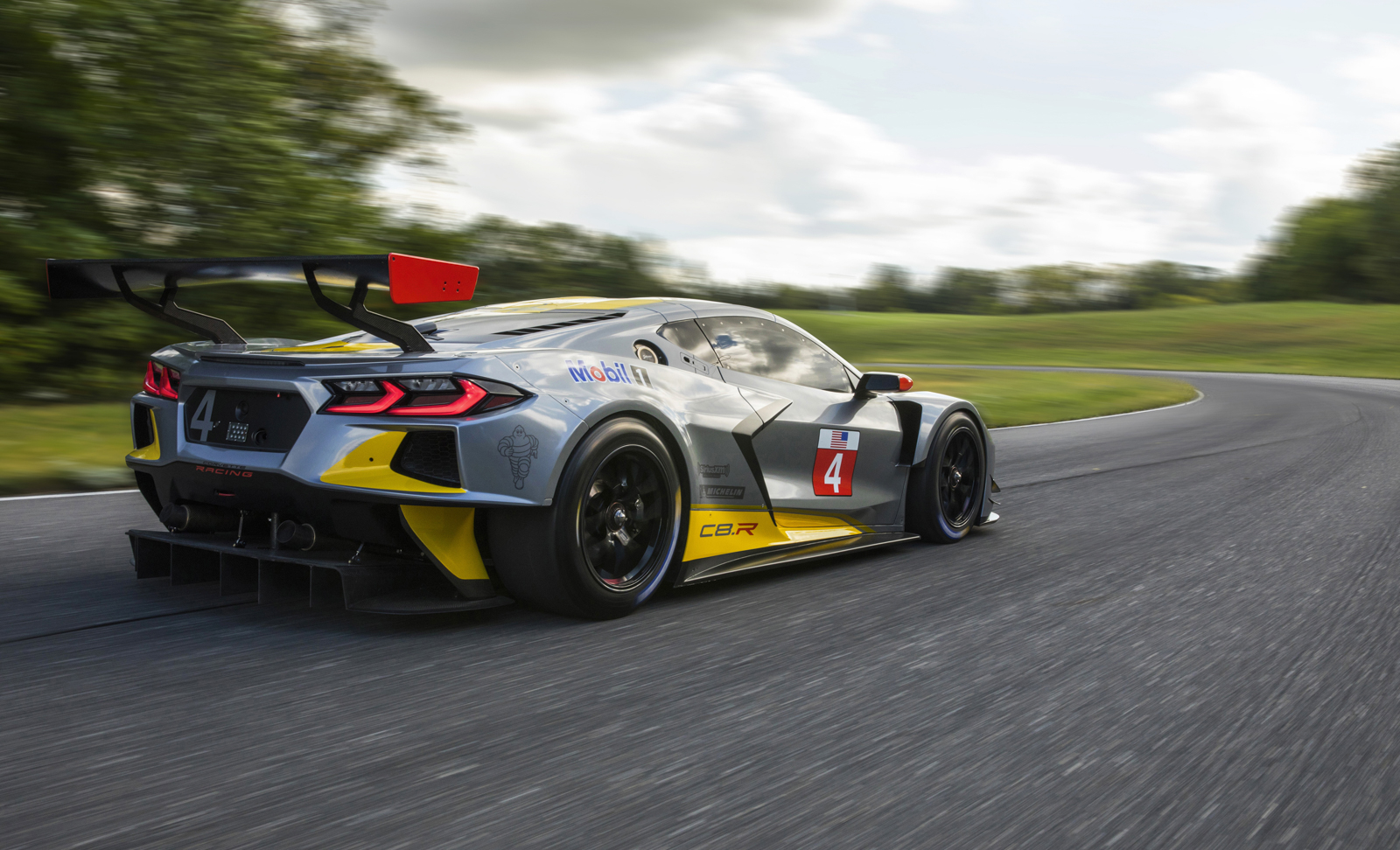 While yellow continues to be a mainstay of Corvette Racing, it is now joined by a new look for the 2020 season. The No. 4 race car features a new silver livery, inspired by the color of iconic Corvette concepts such as the 1973 Chevrolet Aerovette and the 1959 Corvette Stingray Racer that pushed the envelope both in design and on-track performance. This car also features yellow accents. It will be joined by the No. 3 race car in a yellow color scheme with silver accents that continues the lineage of the successful GTLM racing Corvettes. 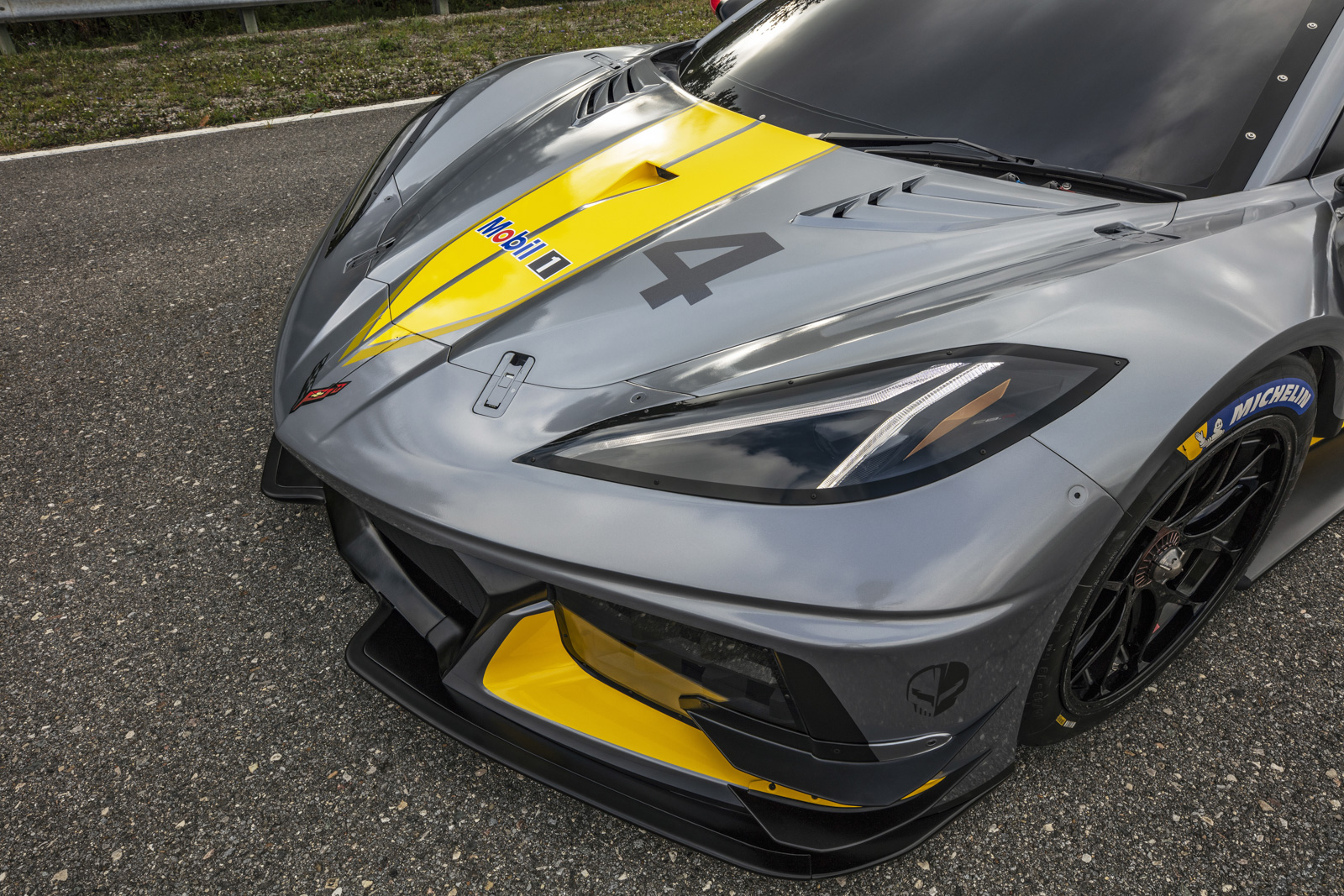 “Since the mid-engine race car is such a revolutionary vehicle, we felt it would be fitting to honor Corvette Racing’s legacy with both a redesigned, modern livery along with a traditional livery in Corvette yellow,” said Vlad Kapitonov, lead creative designer, Chevrolet Performance Cars. “Both liveries pay homage to Corvette’s Racing storied heritage, as well as the impressive engineering and design milestones that led to up to this extraordinary race car.” 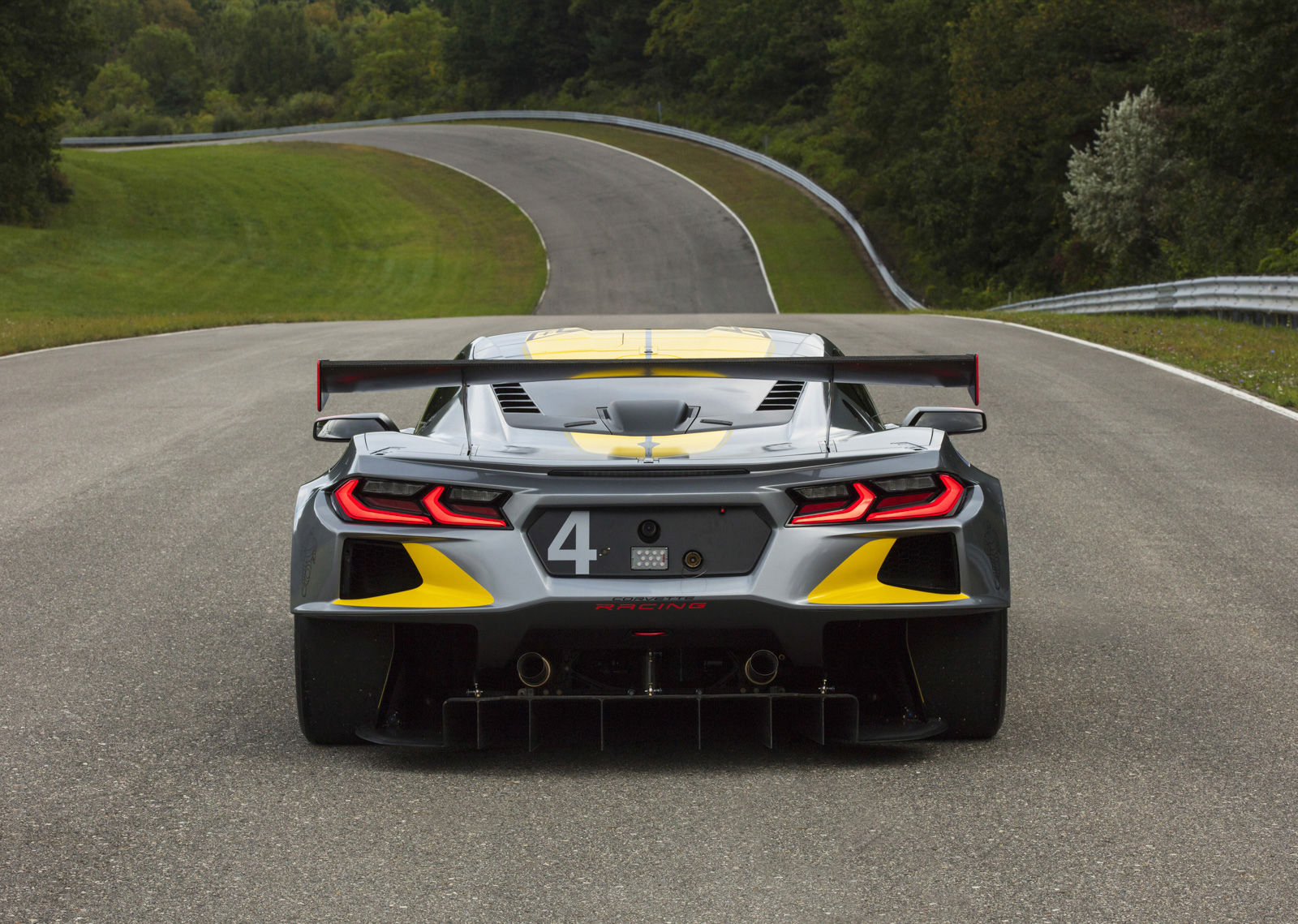