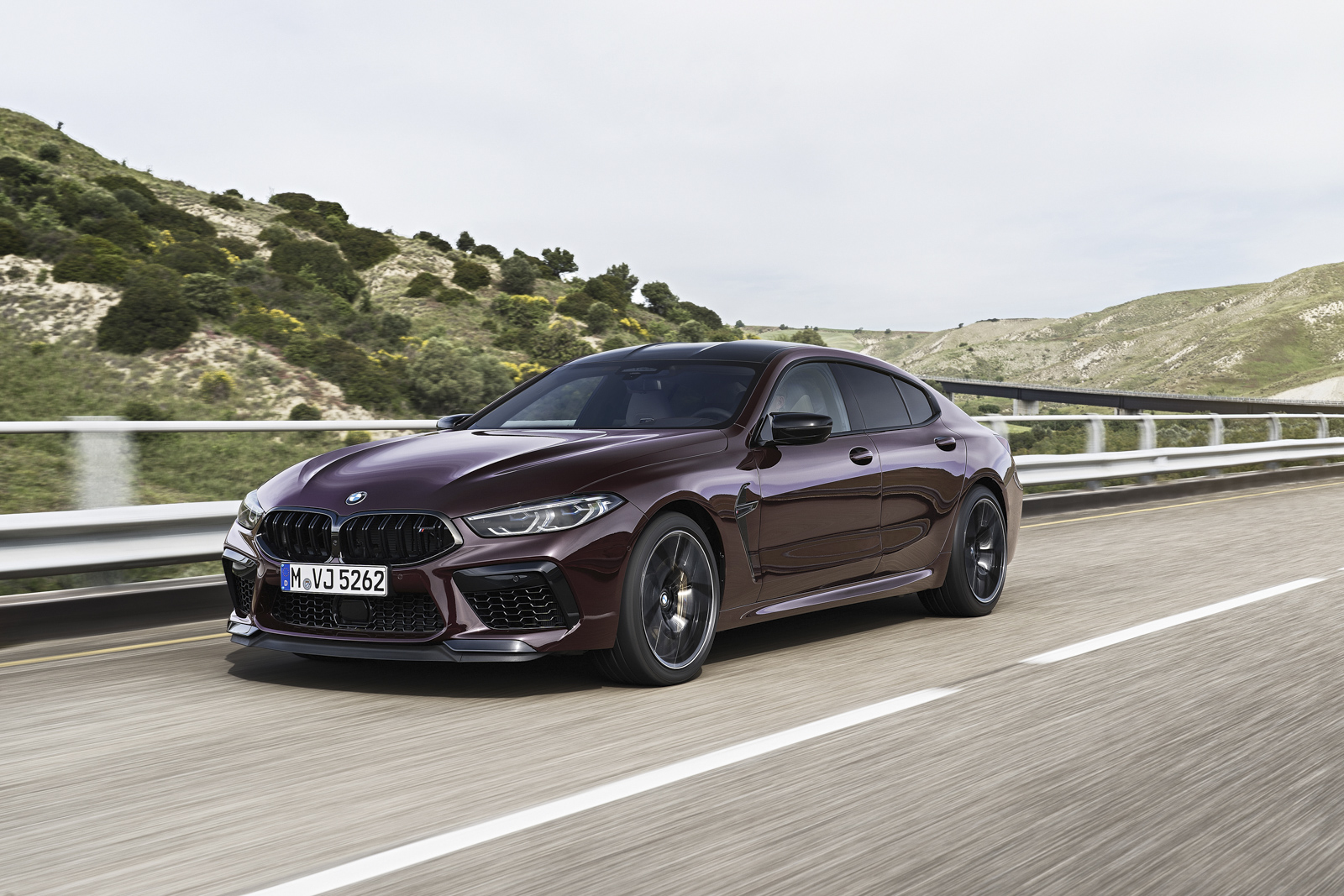 BMW has launched their new four-seater 2020 BMW M8 Competition Gran Coupe which will be in dealer showrooms in early 2020. Underneath the hood lies a high-revving 4.4 litre V8 engine with M TwinPower turbo technology and a 7,200 rpm redline. The M8 Gran Coupe engine develops 600 hp and the M8 Competition Gran Coupe peaks out at 617 hp at 6,000 rpm. Torque for both models is 553 lb-ft of torque from 1,800-5,860 rpm. All of that power is sent to all four wheels via the 8 speed M steptronic transmission with M xDrive and active M differential. The accompanying soundtrack flows out of a sports exhaust system. 0-100 km/h sprints will take just 3.2 seconds. 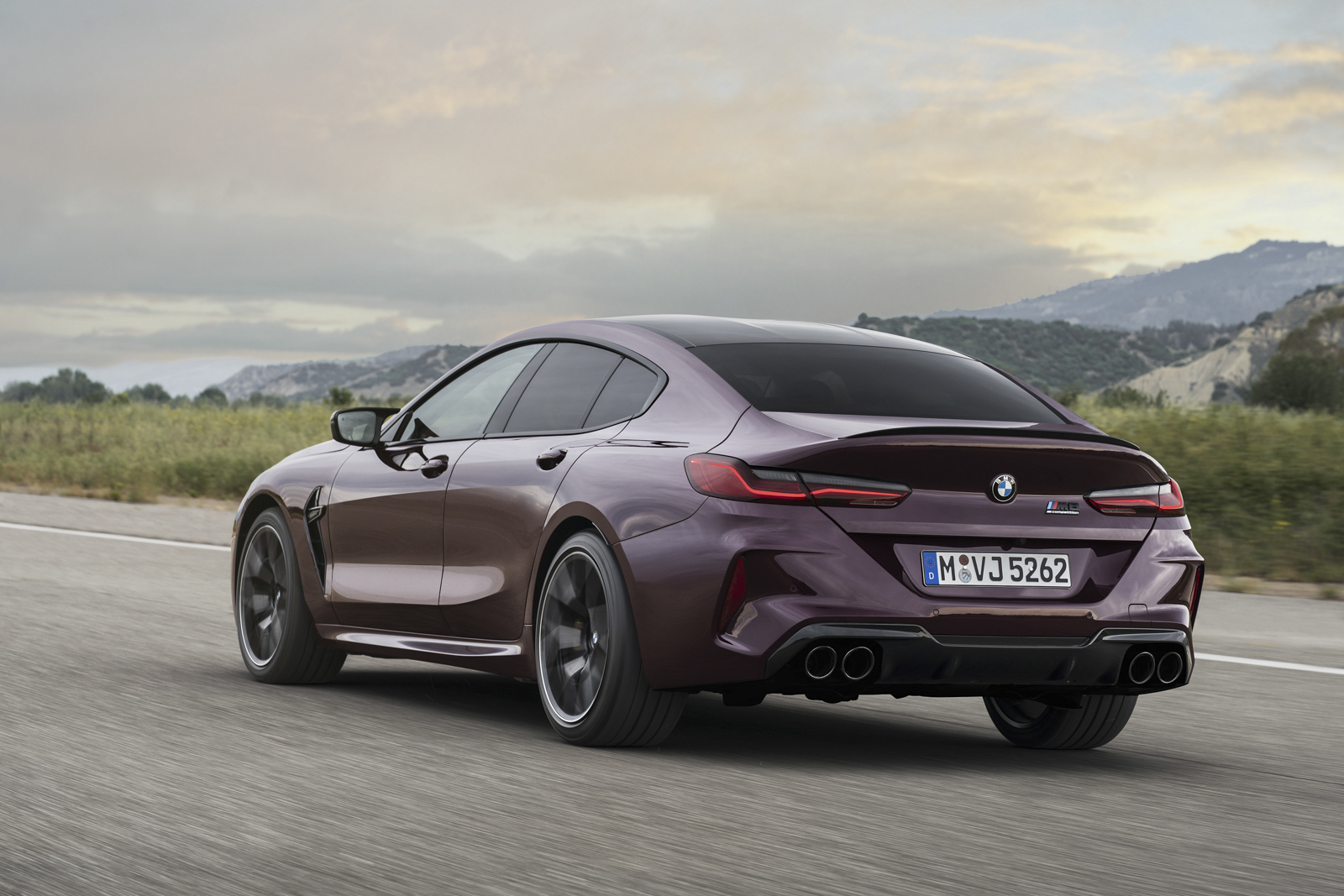 The new M8 Competition Coupe and was developed alongside the BMW M8 GTE endurance race car. Its powertrain, chassis and aerodynamics were subject to intensive testing at BMW’s proving grounds, the Nürburgring-Nordschleife circuit and other race tracks. 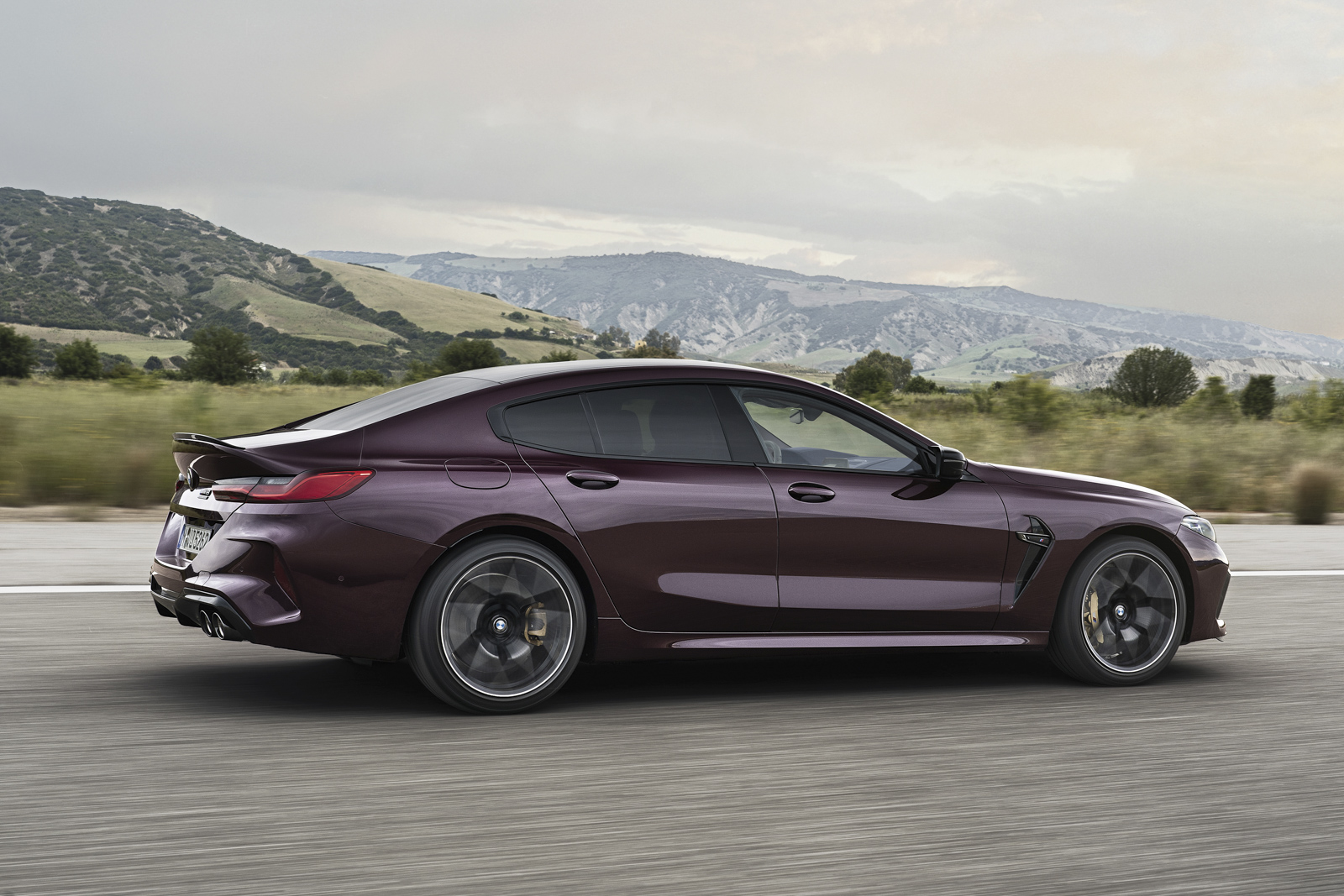 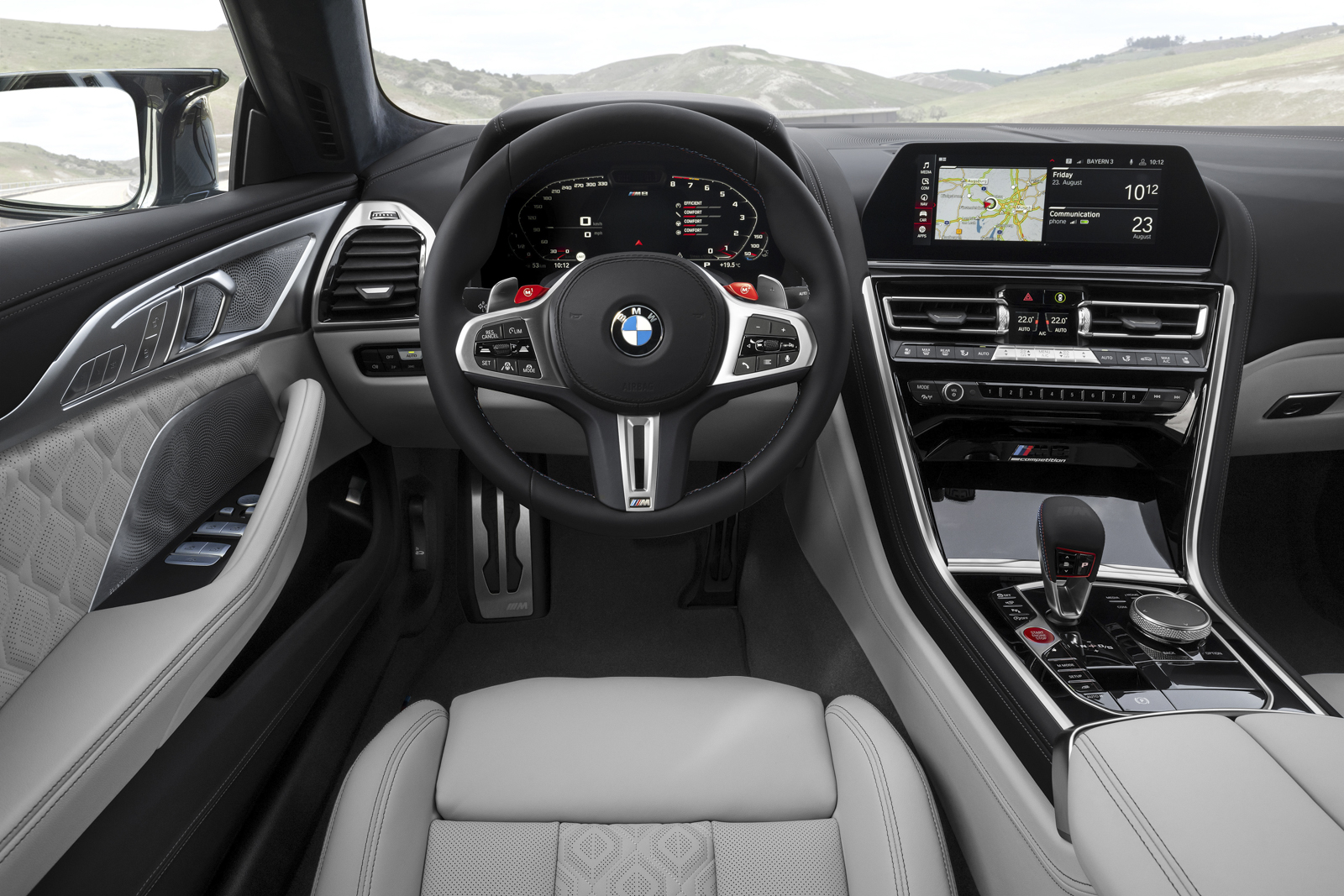 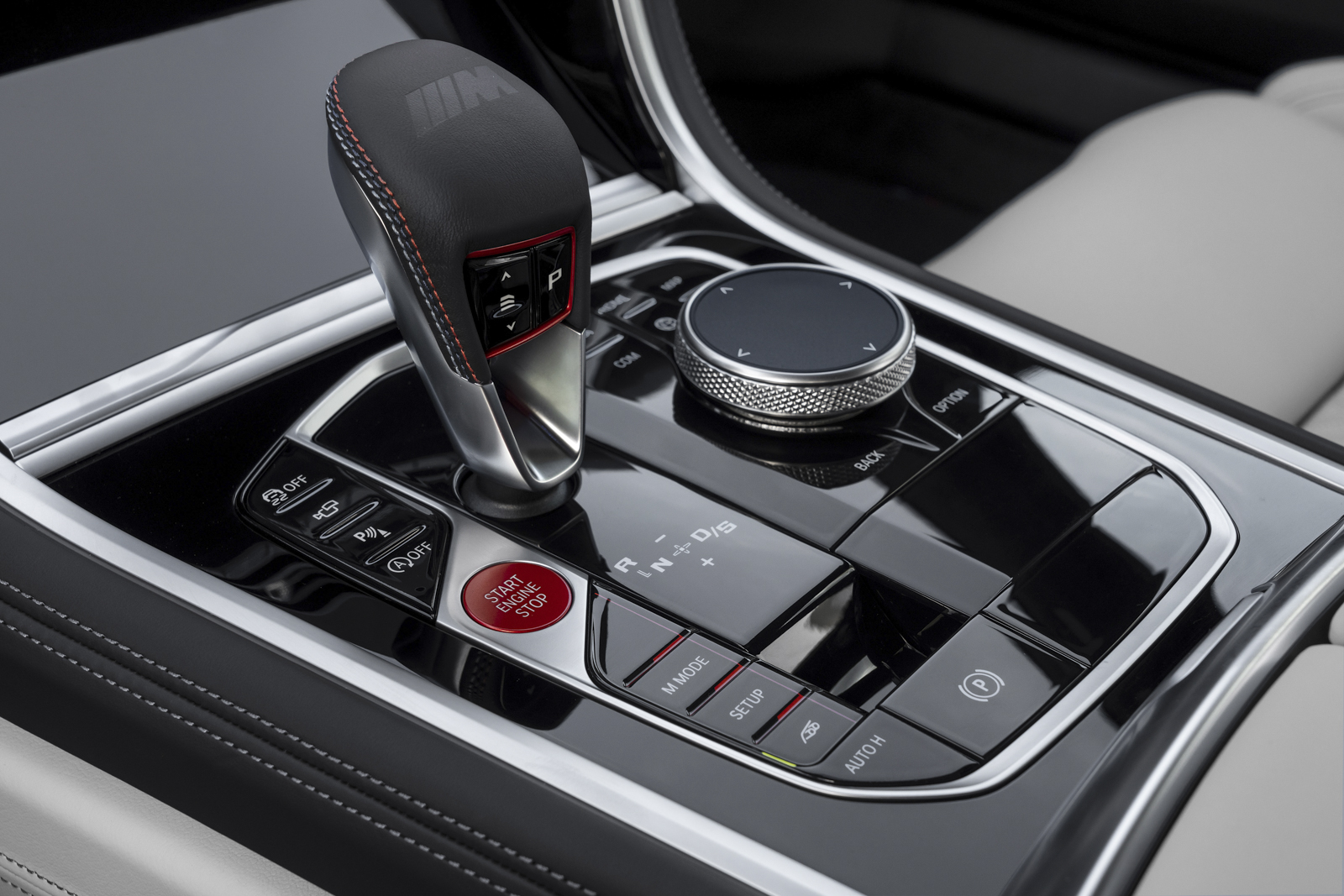 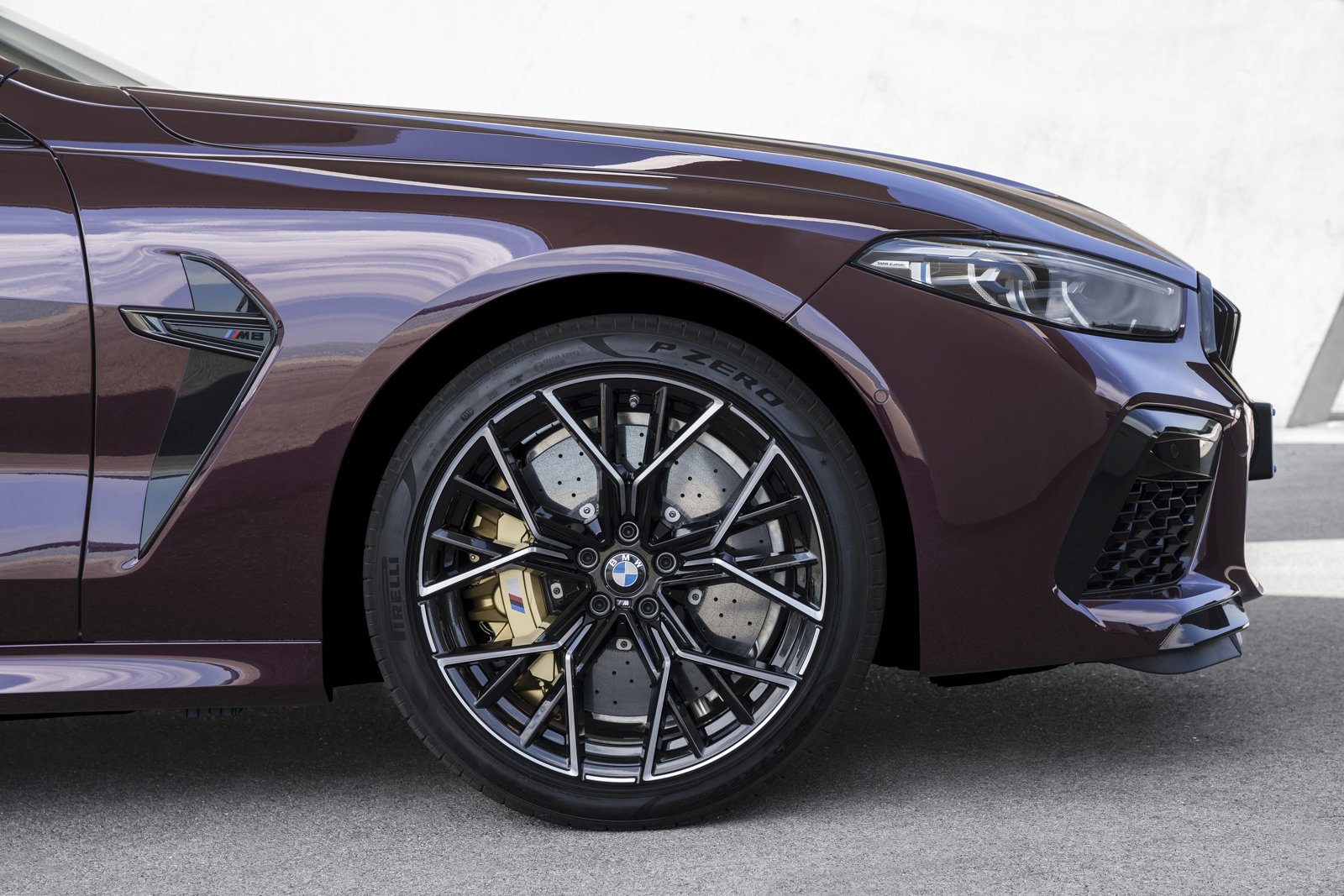 The M xDrive all-wheel-drive system sends the engine’s power to the road via the Active M Differential at the rear axle. The M xDrive system has a rear-biased configuration in its default 4WD mode. Drivers can then use the Setup menu to select 4WD Sport mode, which sends an even higher proportion of drive to the rear wheels. Deactivating DSC brings 2WD mode into play, with drive fed exclusively through the rear wheels. 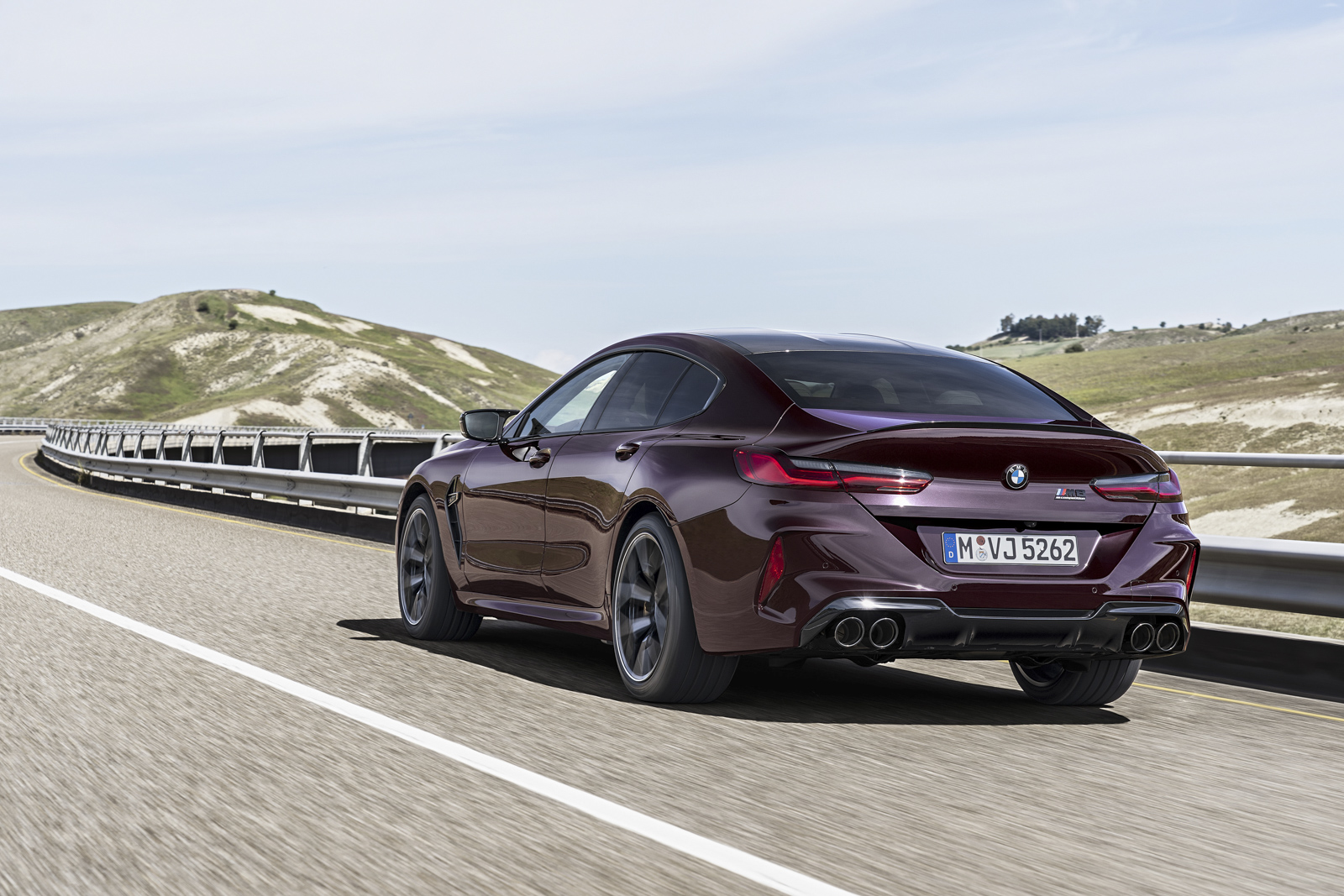 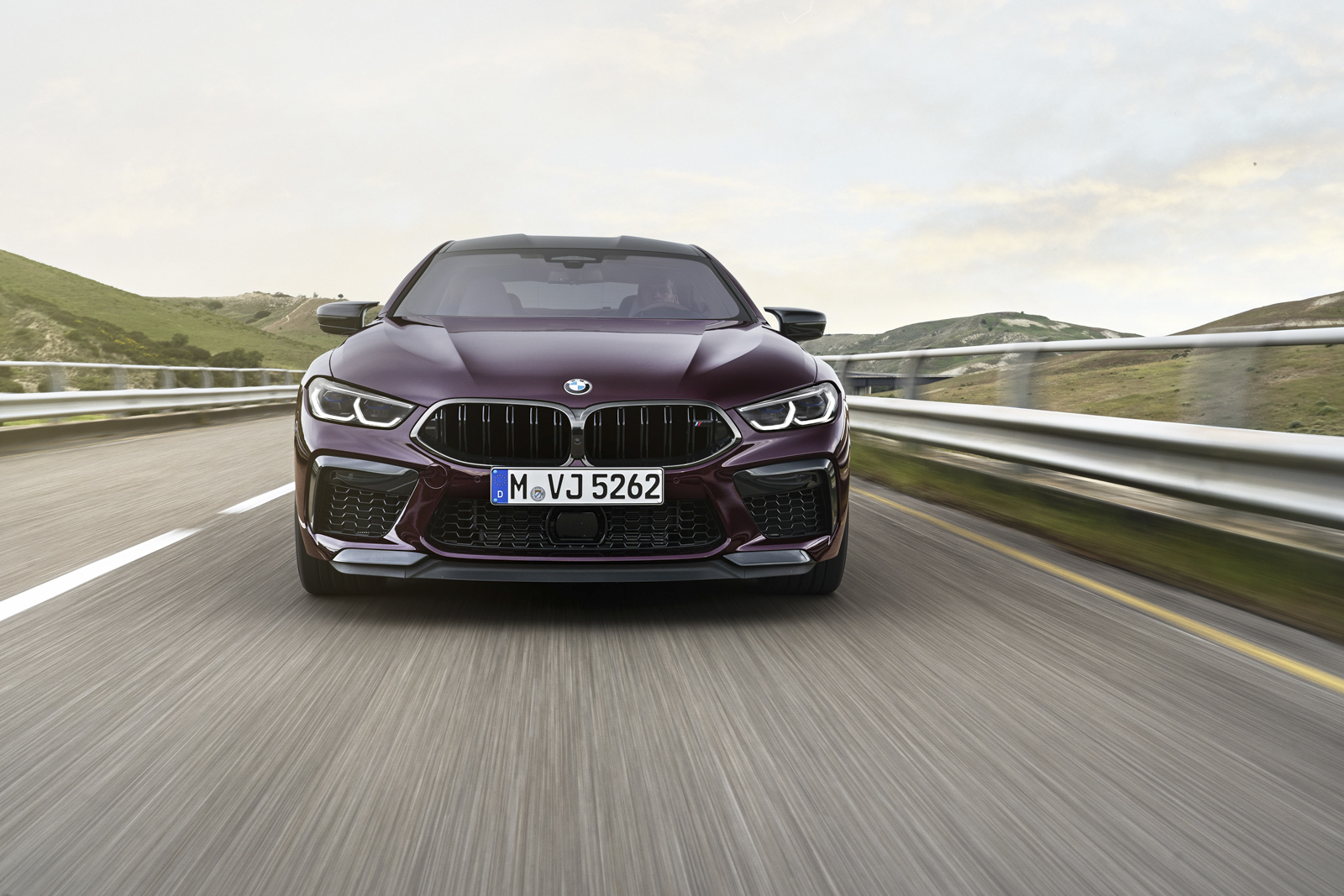 The design and responses of the chassis technology has been prompted by the particular demands of track use, as have the extremely stiff mountings connecting the suspension to the body. Standard specification includes electronically controlled dampers and electromechanical M Servotronic steering. In its M-specific configuration, the new integrated braking system enables two different brake pedal settings. COMFORT and SPORT modes alter the amount of pressure on the brake pedal required to slow the car. This allows the driver to choose between more comfort- oriented or particularly direct, instantaneous response when braking. 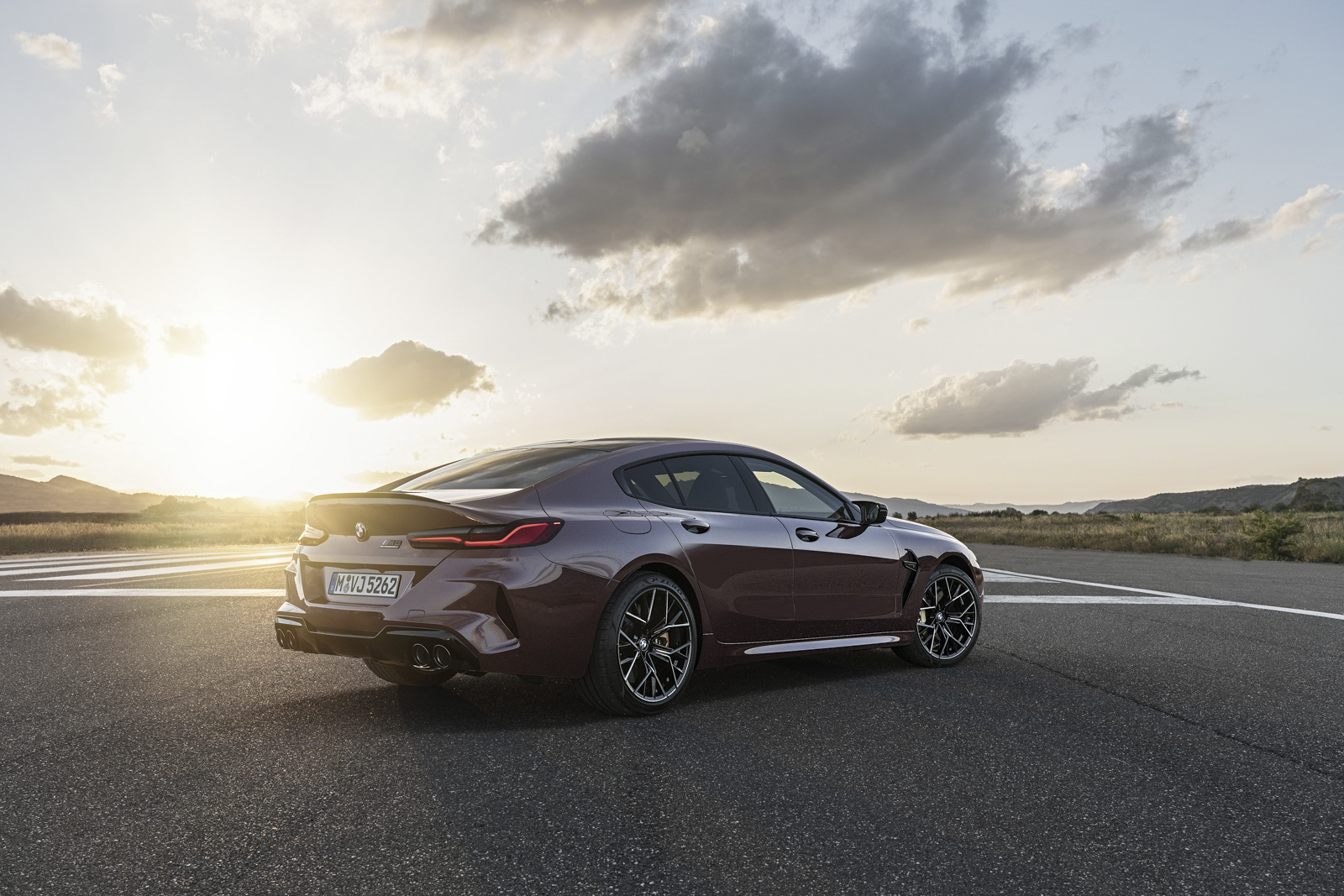 The world premiere of the new BMW M8 Competition Gran Coupe will take place at the Los Angeles Auto Show in November 2019. The worldwide market launch will get underway in April 2020, with the BMW M8 Gran Coupe First Edition also forming part of the launch offering. Pricing will be released in each market closer to the launch date. 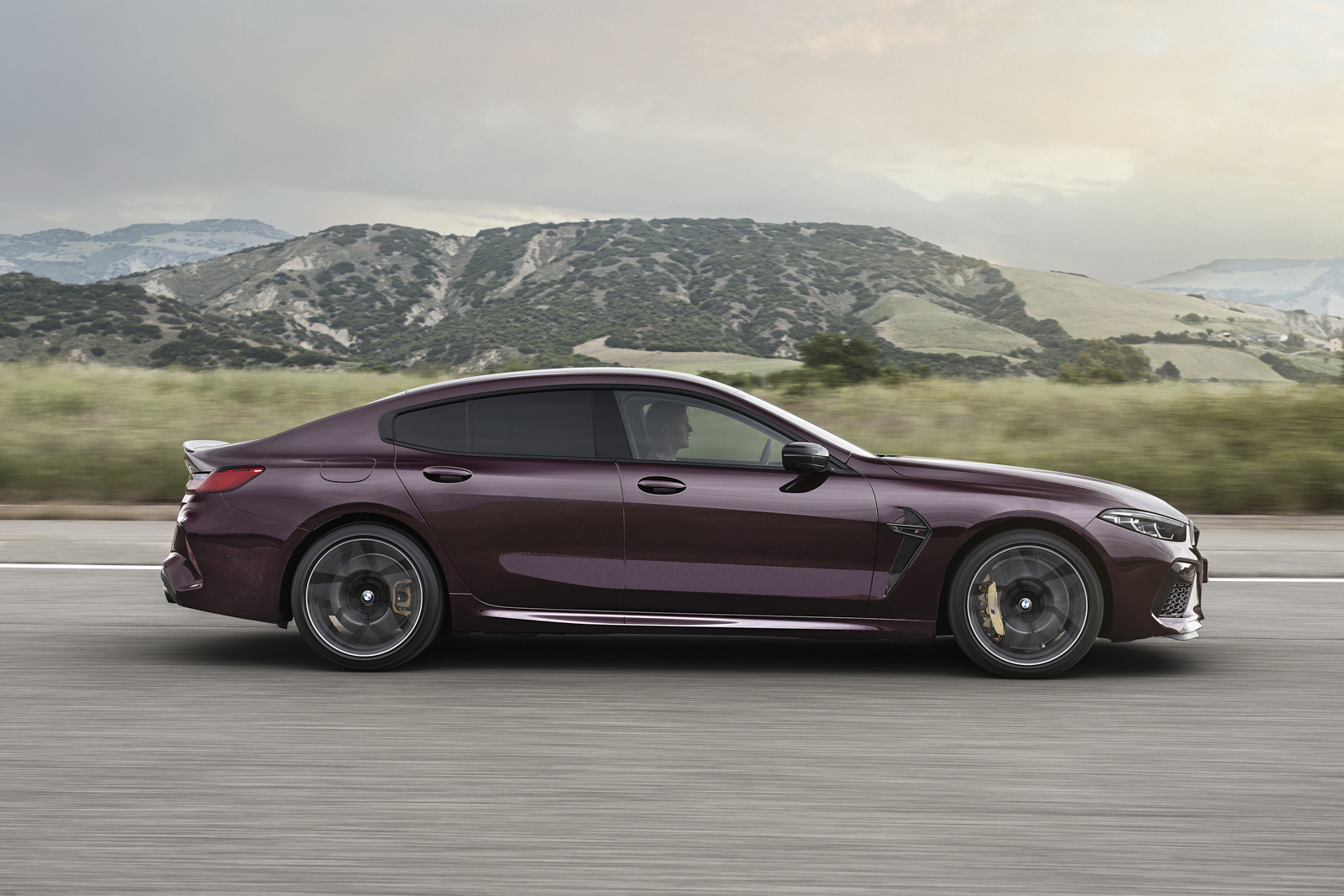