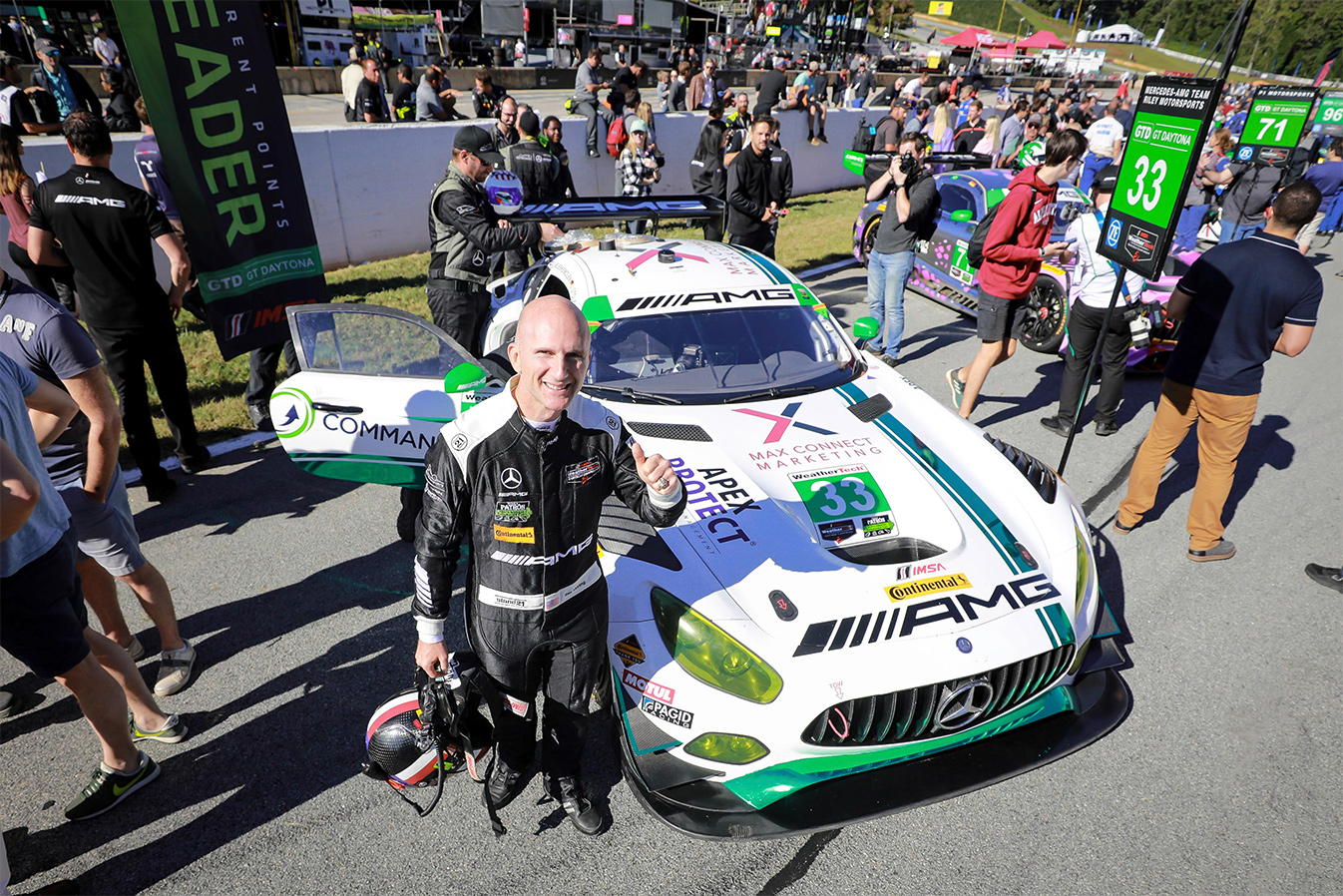 In the IMSA Continental Tire SportsCar Challenge, the Team TGM Mercedes-AMG GT4 finished their debut season winning the Grand Sports class title. The team and drivers Hugh Plumb (USA) and Owen Trinkler (USA) with the Mercedes-AMG GT4 No. 46 were the only team to complete all of the races of the 2018 season without a retirement. 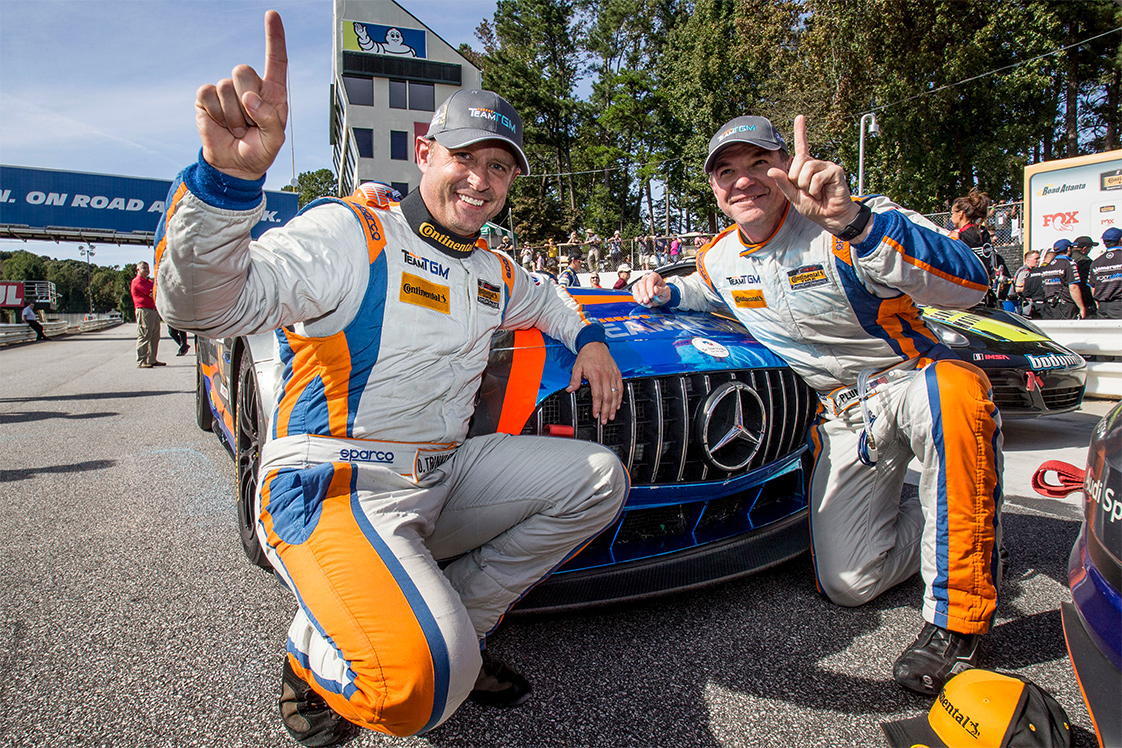 “Congratulations to Riley Motorsport and Team TGM,” said Stefan Wendl, head of Mercedes-AMG Customer Racing. “Winning the IMSA Endurance Cup for the second time in a row is an incredibly strong performance by Riley Motorsports. The team and the drivers again have done an excellent job throughout the season and really have deserved the title in a thrilling finale. The Mercedes-AMG GT3 and the Mercedes-AMG GT4 have convinced throughout the season, particularly with impressive reliability and a flexible strategic adaptation. Be it a fast lap in qualifying or consistently and fuel-saving on the long distance, the cars provide a suitable concept to be successful at every race track and in every kind of weather conditions. Team TGM was able to complete all the races of the season and didn’t have a single retirement. Together with excellent tactics and a top performance by the team as well as the drivers, they have also secured the maiden title for the Mercedes-AMG GT4 in North America. A perfect season for the Mercedes-AMG brand that has won the manufacturers’ title in the GTD class and has taken runner-up position in the GS class.” 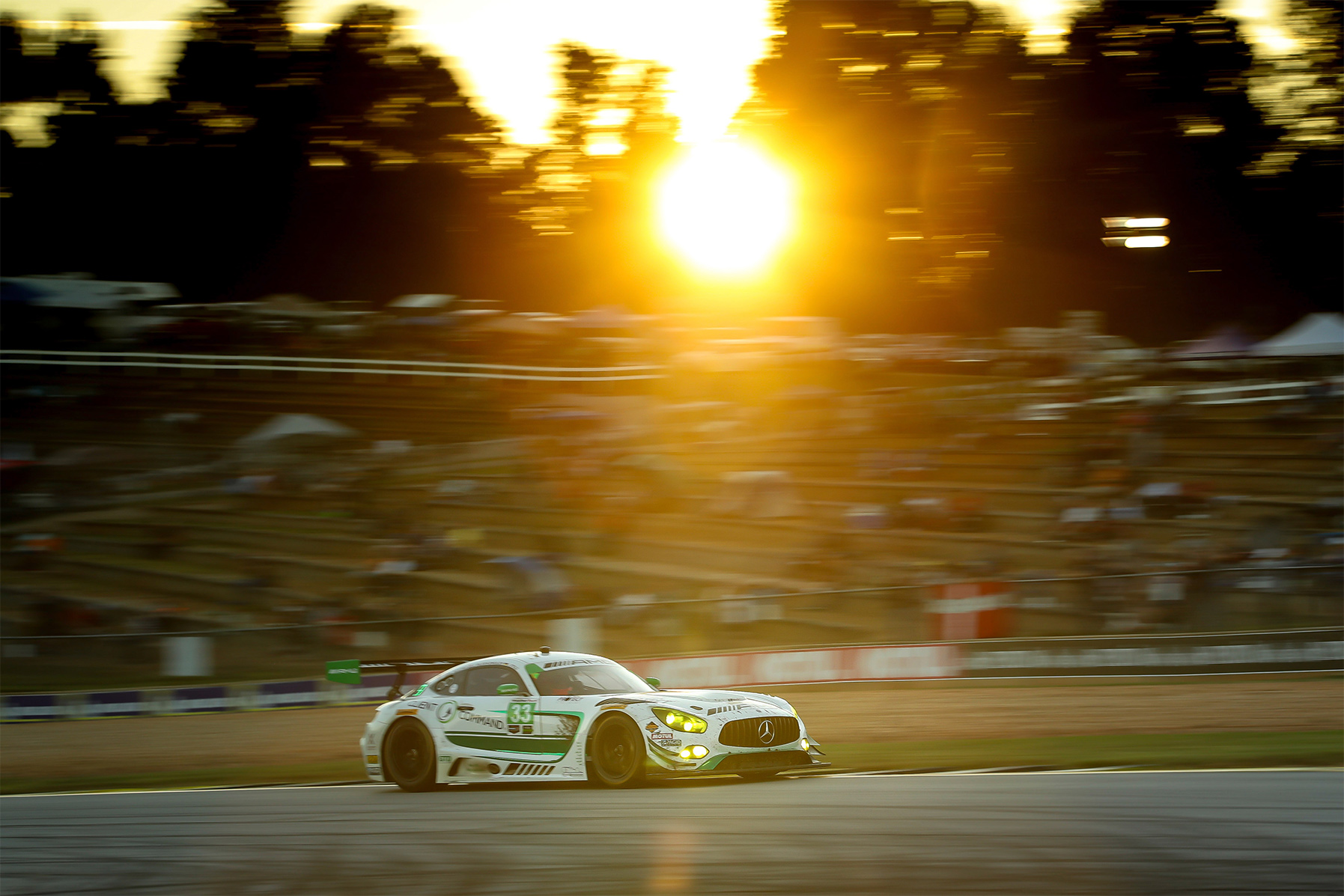 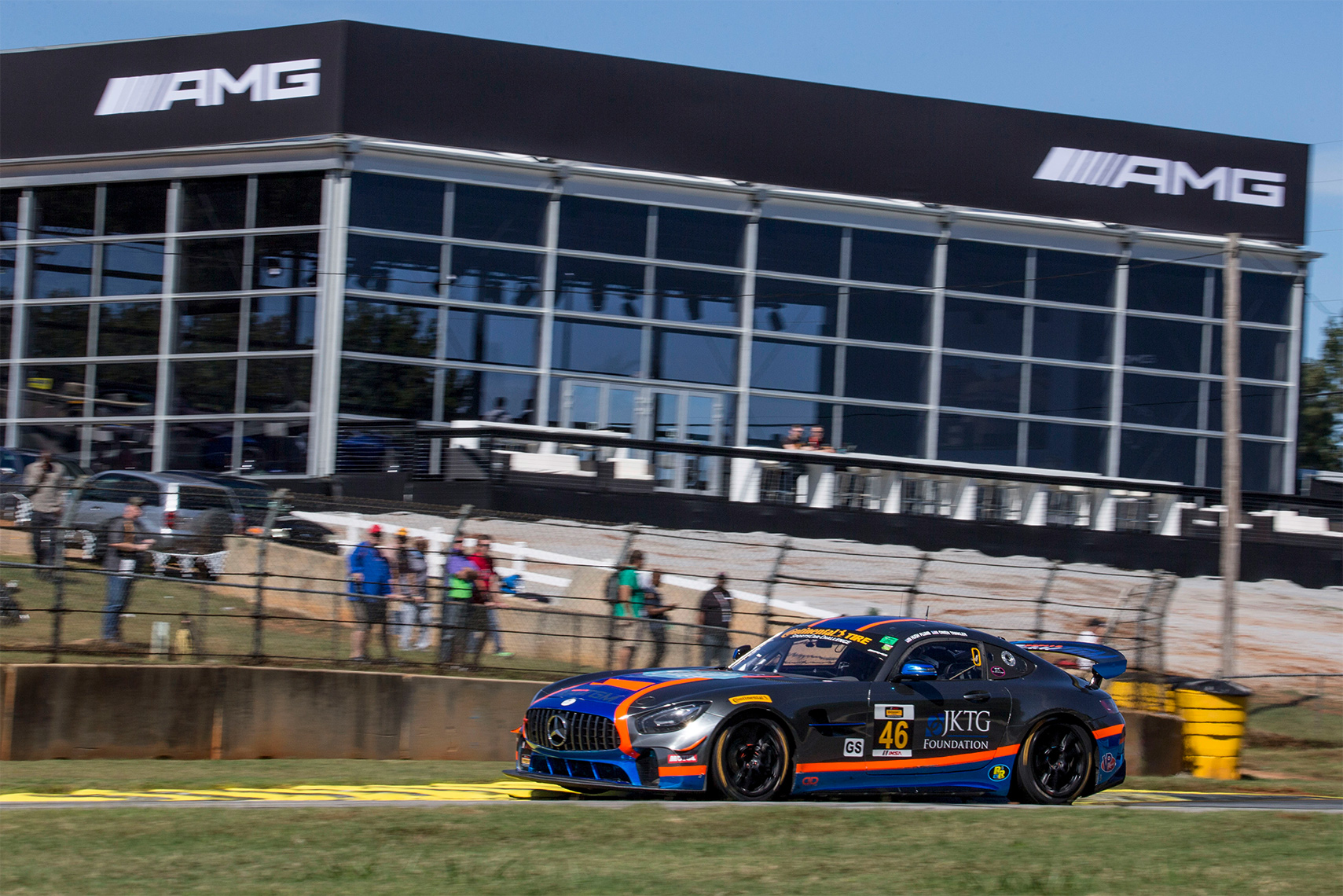 For Ben Keating and Jeroen Bleekemolen as well as the Mercedes-AMG Team Riley Motorsports, it was the second time they secured the drivers’ and teams’ titles after 2017. Luca Stolz, a new addition to the team for this year, won the separate endurance cup for the first time.

“Having some minor issues in qualifying really made me aware again of how difficult it is to secure the championship at the end of the day,” said Ben Keating, Mercedes-AMG Team Riley Motorsports No. 33. “There is always something that can happen, no matter whether it is your mistake or you become innocently involved. Then we were able to drive a solid race. Even though we weren’t in the points at the eight-hour mark, we were able to secure the drivers’ and teams’ titles early because of the results from the opposition. Of course, my joy was enormous at that time already. Winning this championship is something special.” 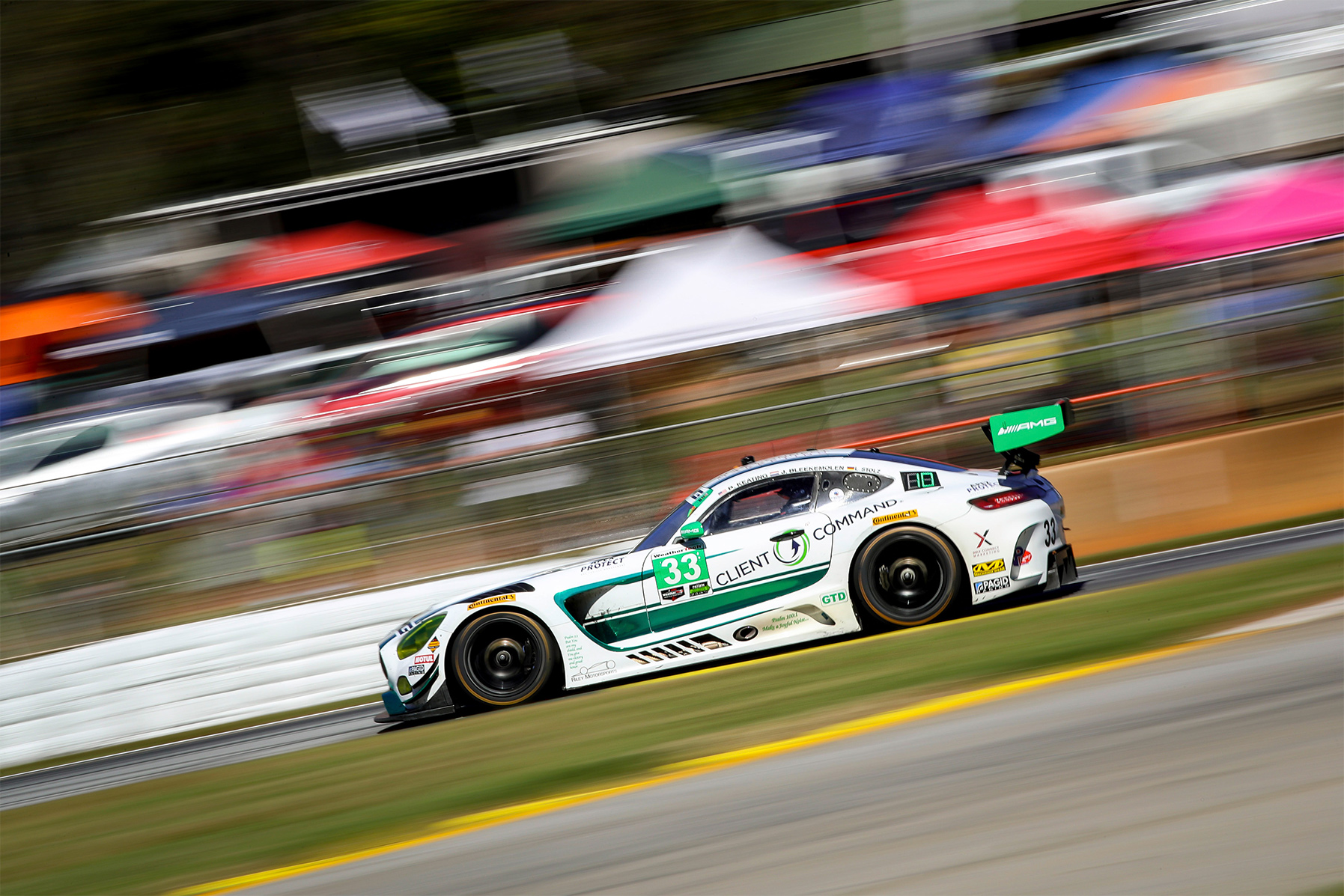 “Again, we have had a very solid season,” said Jeroen Bleekemolen, Mercedes-AMG Team Riley Motorsports No. 33. “We ended up third in the IMSA standings and have managed to win the endurance cup once again. This TPNAEC means a lot to us as you score points at different times during the race and strategy is playing a major role. The team executed it perfectly and has done a really good job. Winning the championship for the second year in a row is super and is making 2018 to a great season for us.” 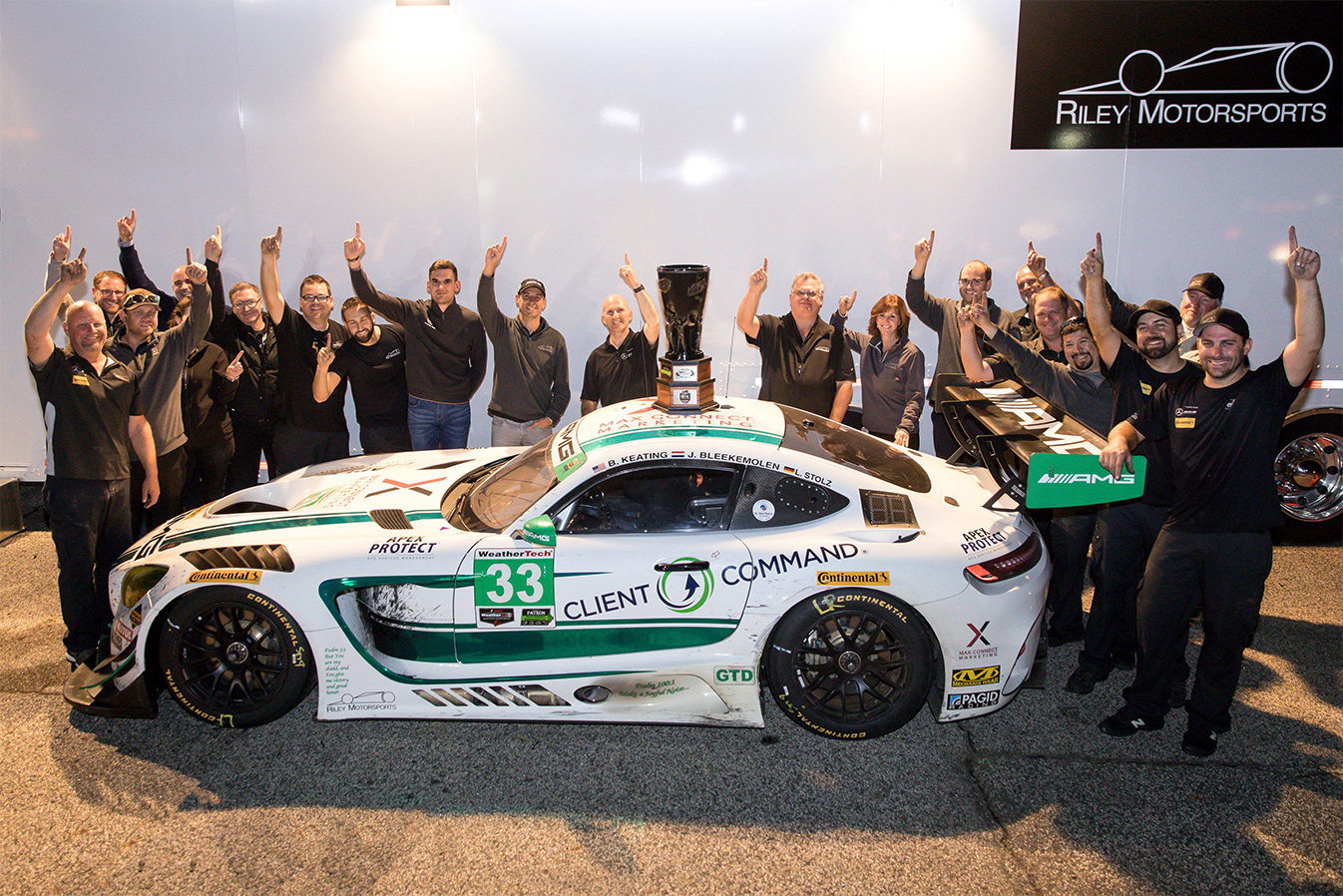 “The IMSA race series is quite different from European race series, but it really is great fun,” said Luca Stolz, Mercedes-AMG Team Riley Motorsports No. 33. “I have enjoyed racing together with Ben and Jeroen and the team has done an outstanding job. The Mercedes-AMG GT3 was the most reliable car in the field which has helped us a lot and eventually secured us the championship as well.”

Team TGM crowned a perfect debut season for the Mercedes-AMG GT4 in North America by winning the drivers’ and teams` titles in the IMSA Continental Tire SportsCar Challenge.

The team with drivers Hugh Plumb and Owen Trinkler, had a very strong second half of the season with three wins and a third place in five races. By taking the start and completing the opening lap of the race at Road Atlanta, the duo had already sealed the championship on Friday. The only team to have participated in all the series’ rounds this year, they managed to complete all 776 laps with the No. 46 Mercedes-AMG GT4 and finished the season without a single retirement.

“It was a very mixed bag of emotions going into the race,” said Hugh Plumb, Team TGM No. 46. “We knew that we only had to do a lap to win the team championship, and that was a strange feeling, but we did it! The Mercedes-AMG GT4 car was amazing, and I can’t say enough about the Giovanis family, for everything they’ve given me. The team has been flawless all season long.”

“The Mercedes-AMG GT4 performed flawlessly this season,” said Owen Trinkler, Team TGM No. 46. “Every time we have asked it to run a lap in a race, it has run it. Any time we asked it to run a lap in any session, it completed that. We can’t thank everybody at Mercedes-AMG, Mercedes-Benz in Germany and here at Mercedes-Benz USA for all of the work and effort they have put into this car. This car is super reliable, and I am so happy for everybody involved in this program. From Team TGM to Mercedes-AMG, we were kind of the new kid on the block a little bit with the car, so to pull off this championship and really dominate the second half of the year is impressive. I am very happy to be part of this program.”