The Artura is McLaren’s first series-production High-Performance Hybrid supercar and is the result of four years of development, and more than half a century of racing and road-car experience and expertise. The Artura represents McLaren’s next-generation supercar that blends ground-breaking technology and pure driver engagement. 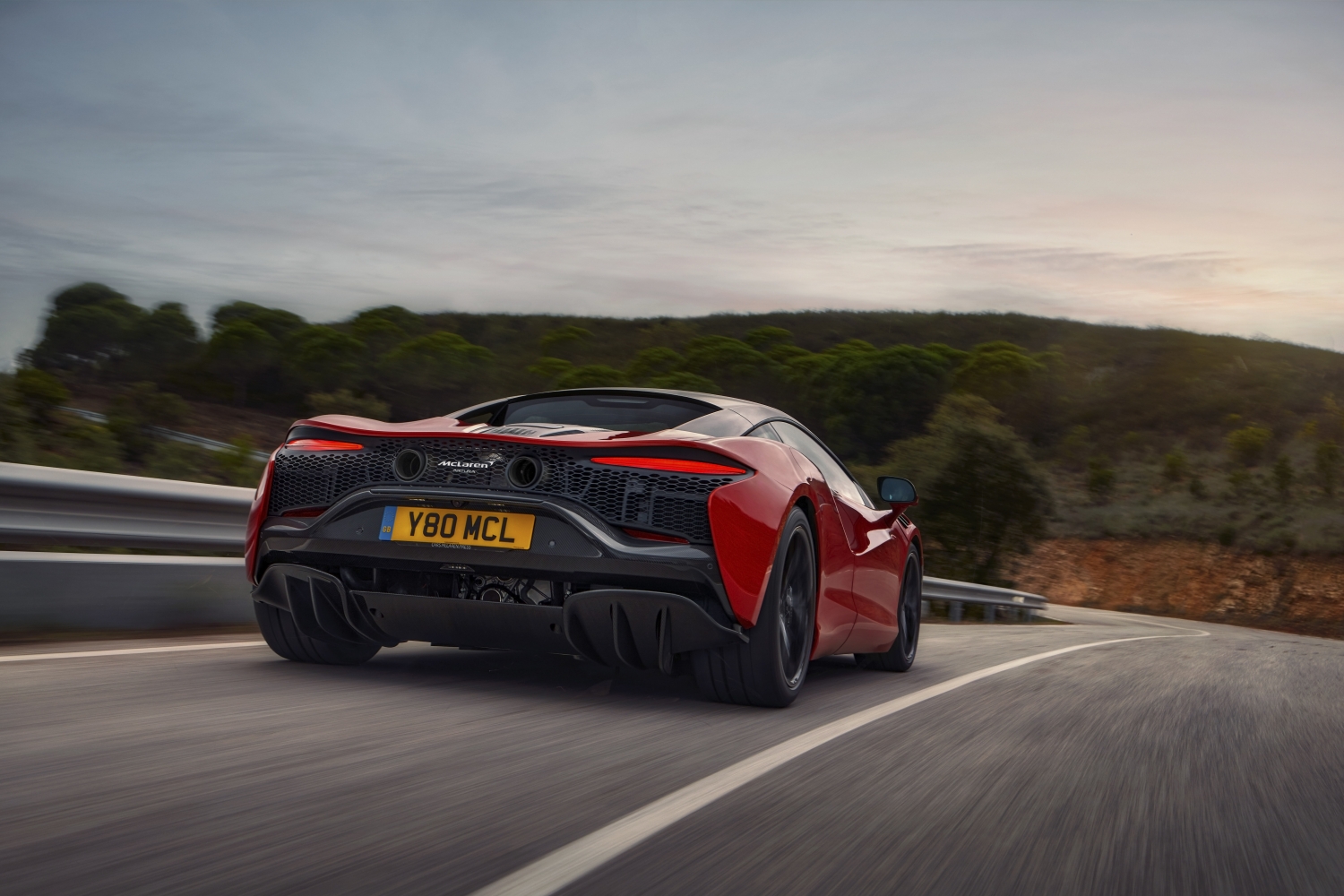 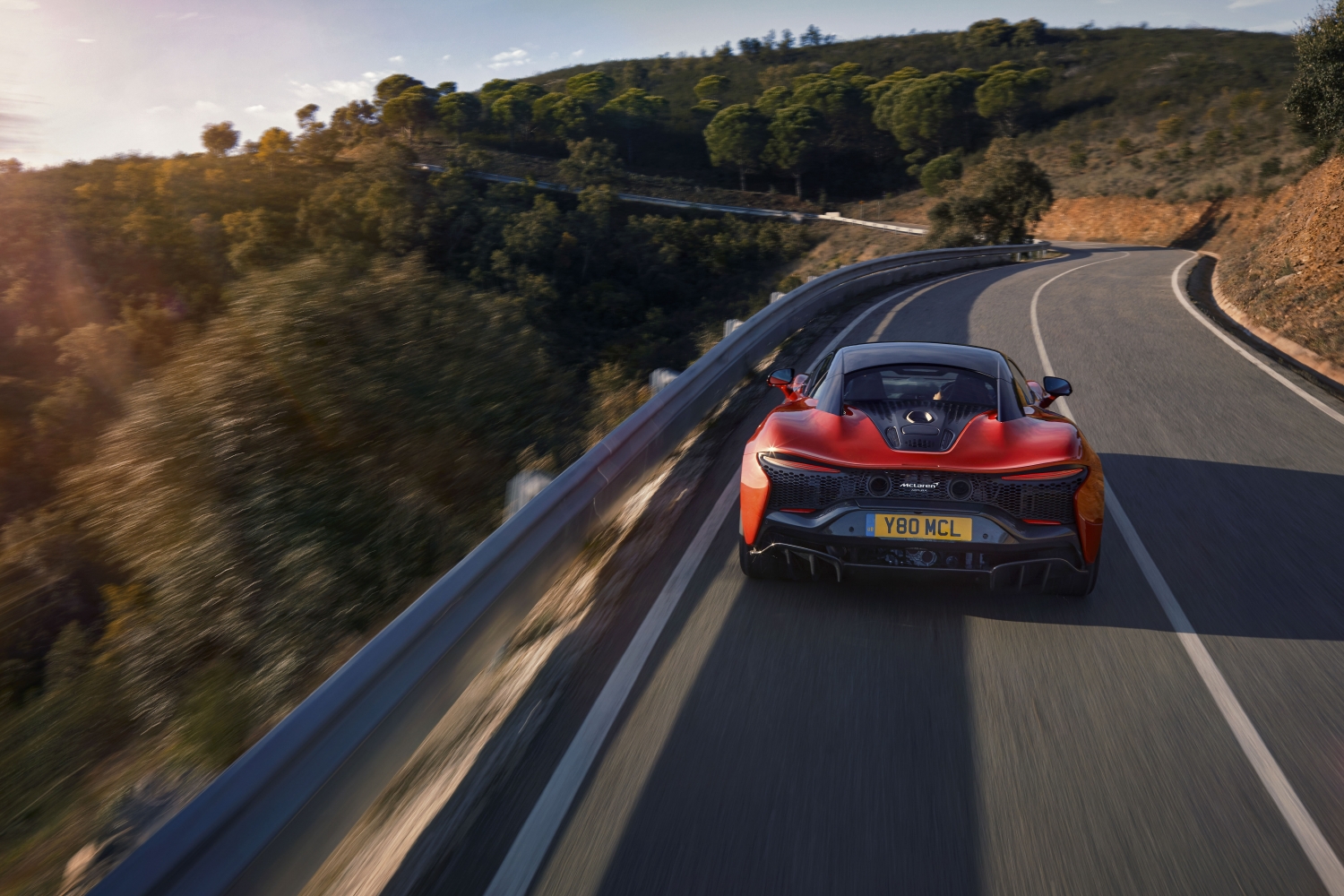 “Every drop of McLaren’s experience and expertise has been poured into the Artura,” said Mike Flewitt, McLaren Automotive CEO. “Our all-new, High-Performance Hybrid delivers all of the performance, driver engagement and dynamic excellence for which McLaren is renowned, with the additional benefit of EV driving capability. The introduction of the Artura is a landmark moment – for McLaren, for our customers who will appreciate and enjoy this car on every emotional and rational level, and for the supercar world.” 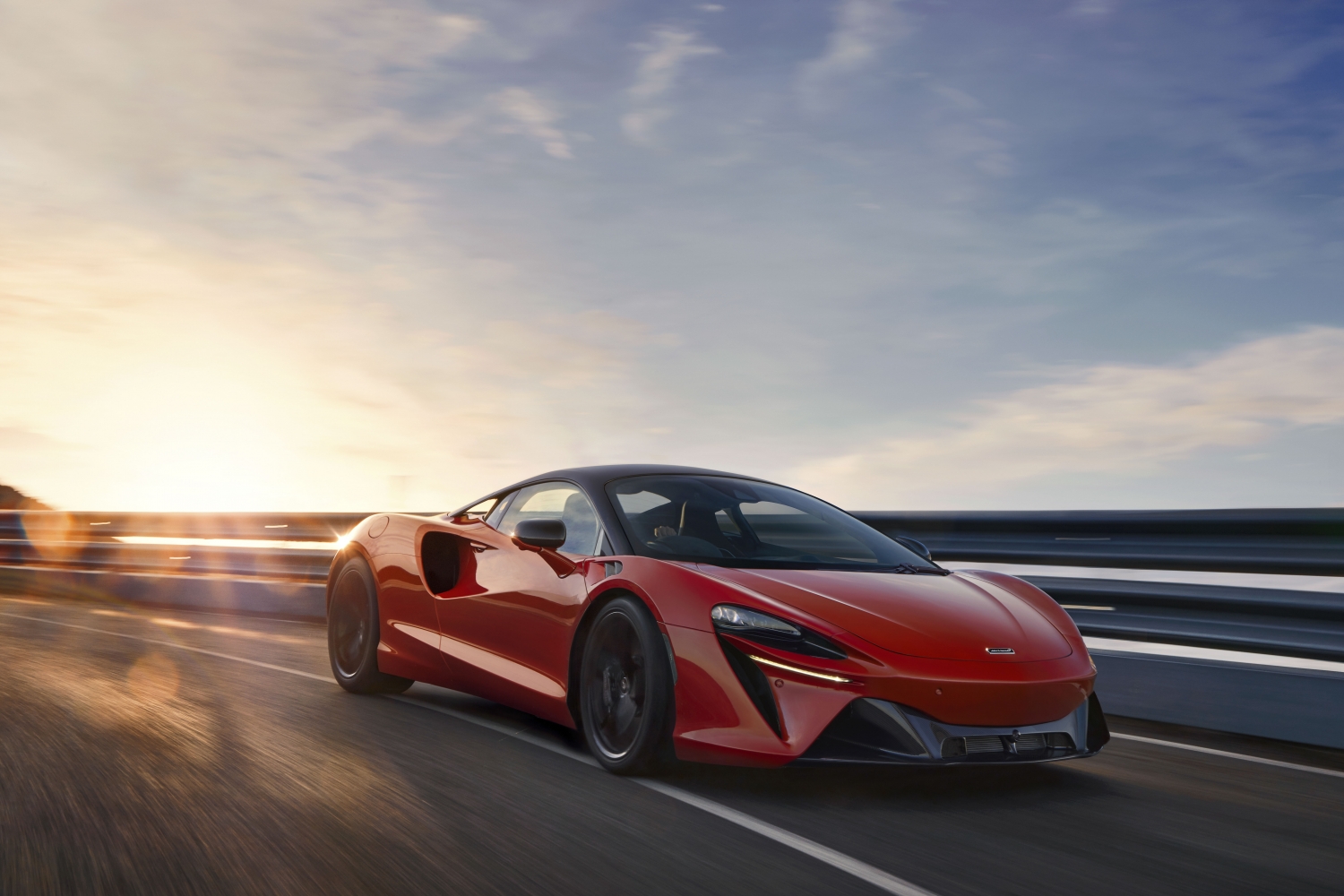 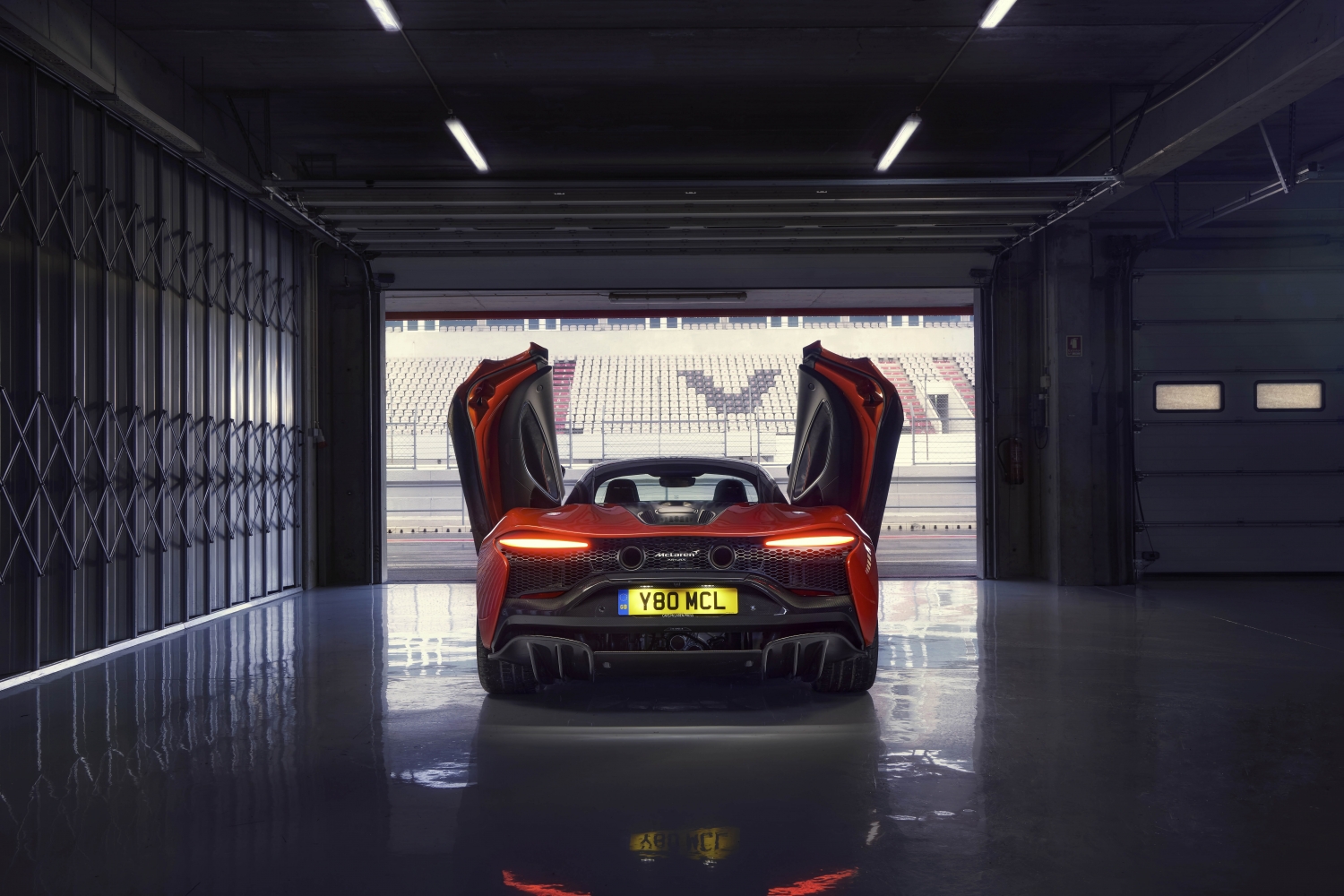 The dual propulsion systems are integrated via an engine disconnect clutch, driving an all-new twin-clutch transmission, which has been developed specifically for the Artura. Despite having one more ratio than the existing McLaren transmissions, the lightweight, short-ratio gear cluster is 40mm shorter in length. It also requires no reverse gear, the E-motor takes care of reversing by literally rotating in the opposite direction. The Artura weighs in at 3,303 pounds. 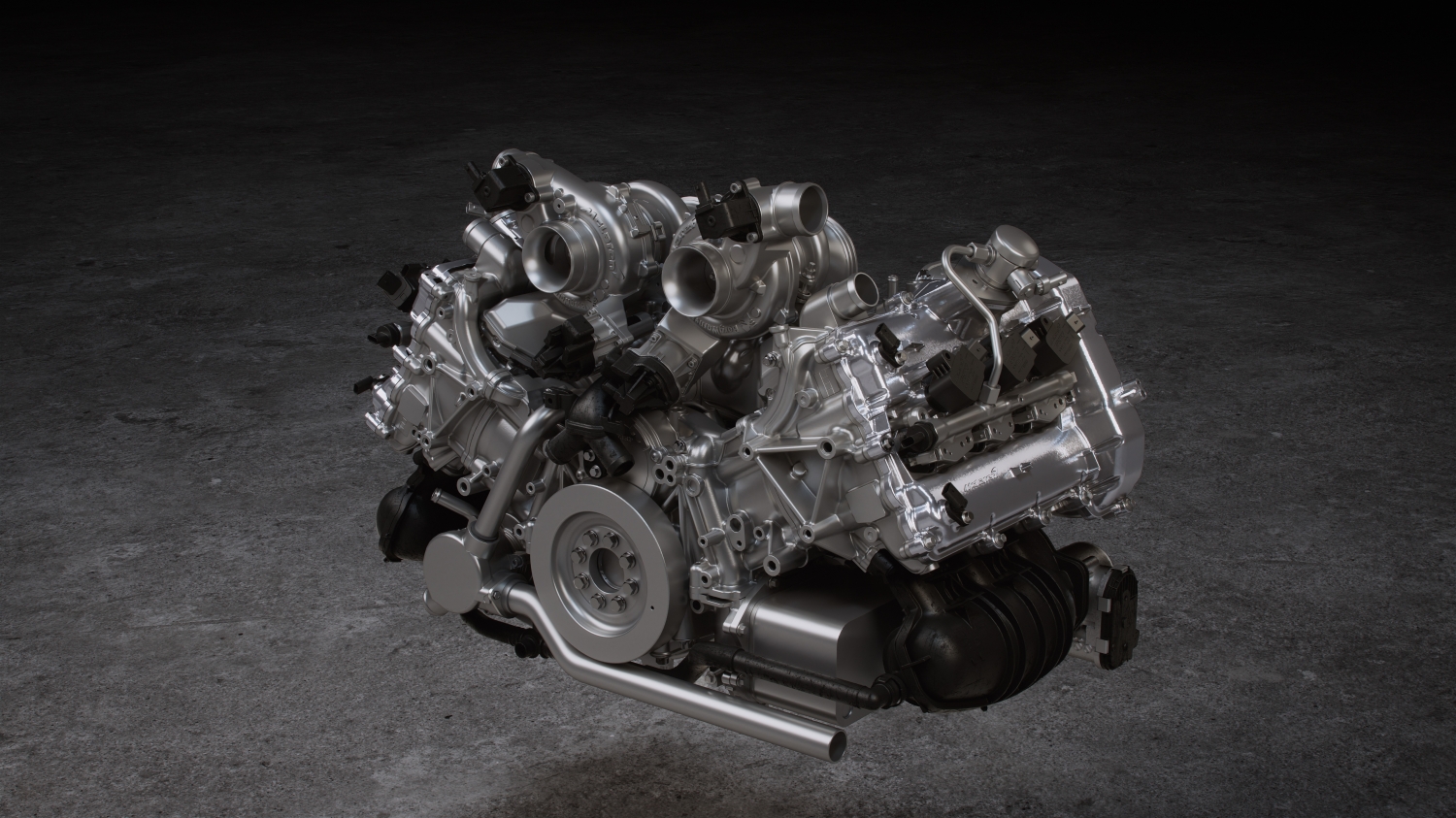 “The Artura is super-lightweight, with the entire powertrain packaged centrally in the vehicle and as low down as possible,” said Geoff Grose, McLaren Artura Chief Engineer. “The rear suspension is a clever multi-link wishbone system that’s designed to be significantly stiffer than anything we’ve used before, and advanced Proactive Damping Control is also a central part of the car’s dynamics. We wanted to make a thrilling, engaging supercar that asks very few compromises of the driver or the passenger and the Artura truly delivers on the McLaren promise of class-leading driving dynamics and cutting-edge technology. “ 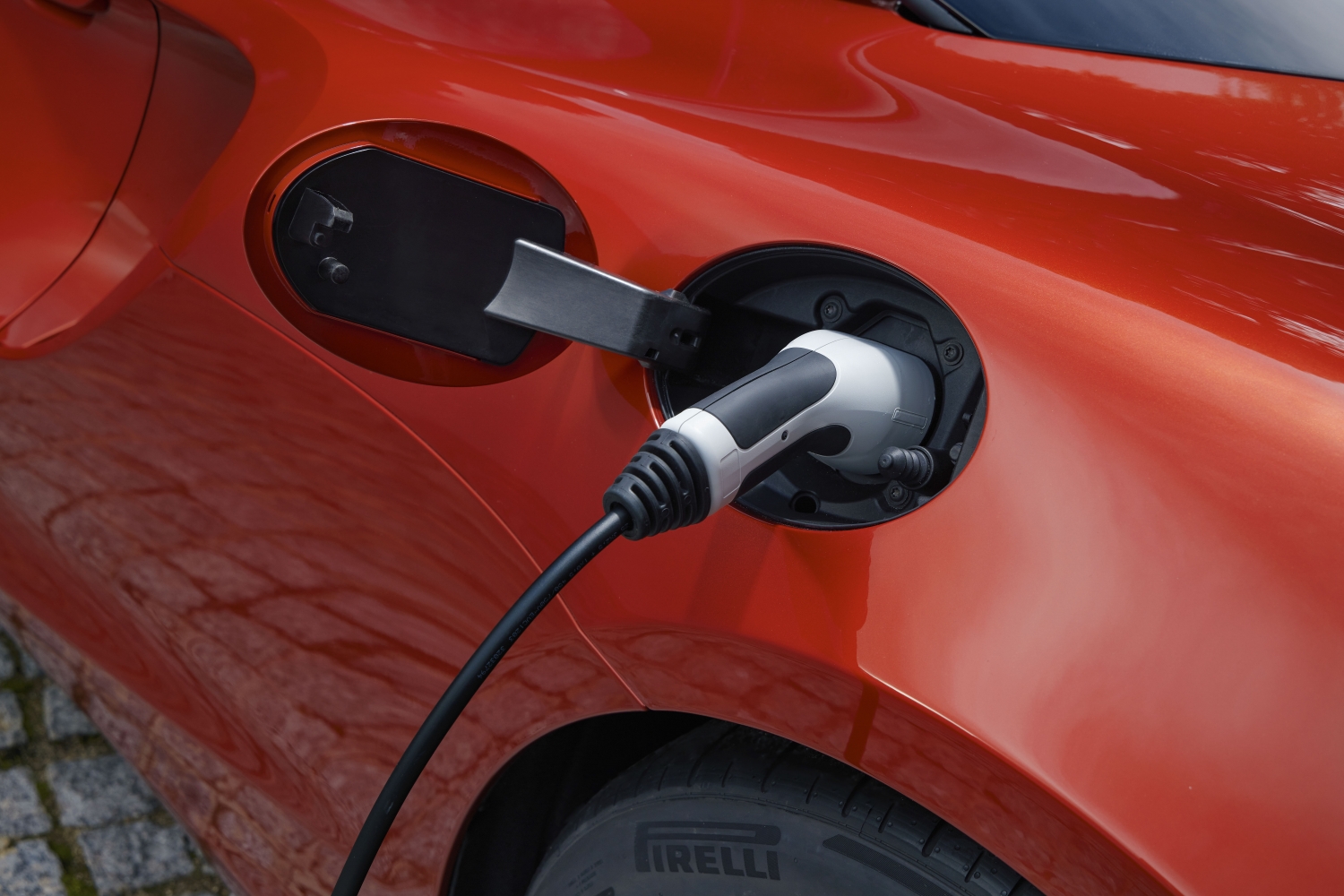 The Artura is designed with full Plug-in Hybrid (PHEV) capability and can achieve an 80% charge in just 2.5 hours with a standard EVSE cable. The batteries can also harvest power from the combustion engine during driving, tailored to the driving mode selected. The Artura is the most fuel-efficient McLaren ever produced. It is capable of 50+ mpg and 30 km (18.6 miles) electric-only range. It comes with a five-year vehicle warranty; six-year battery warranty and 10-year body warranty. 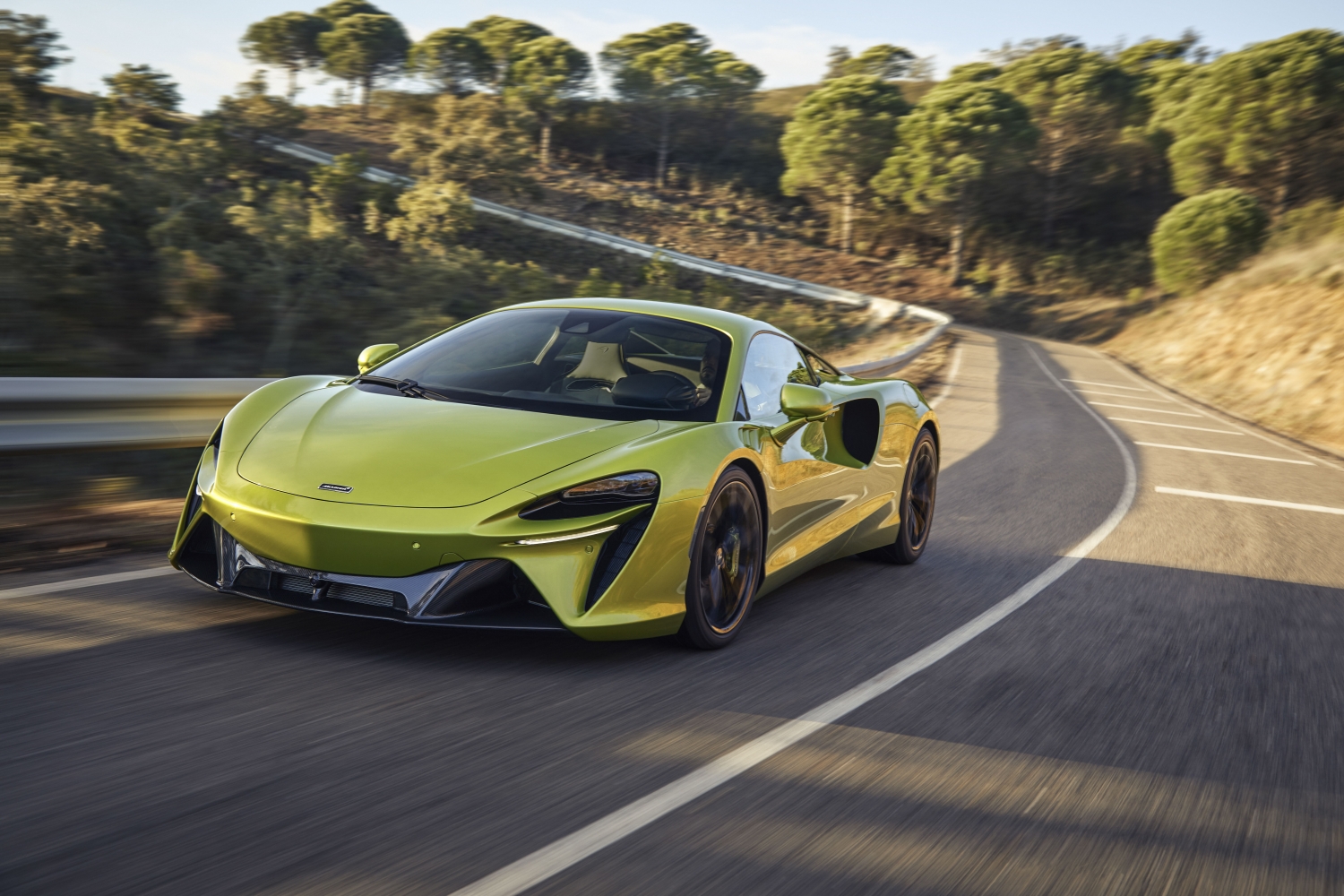 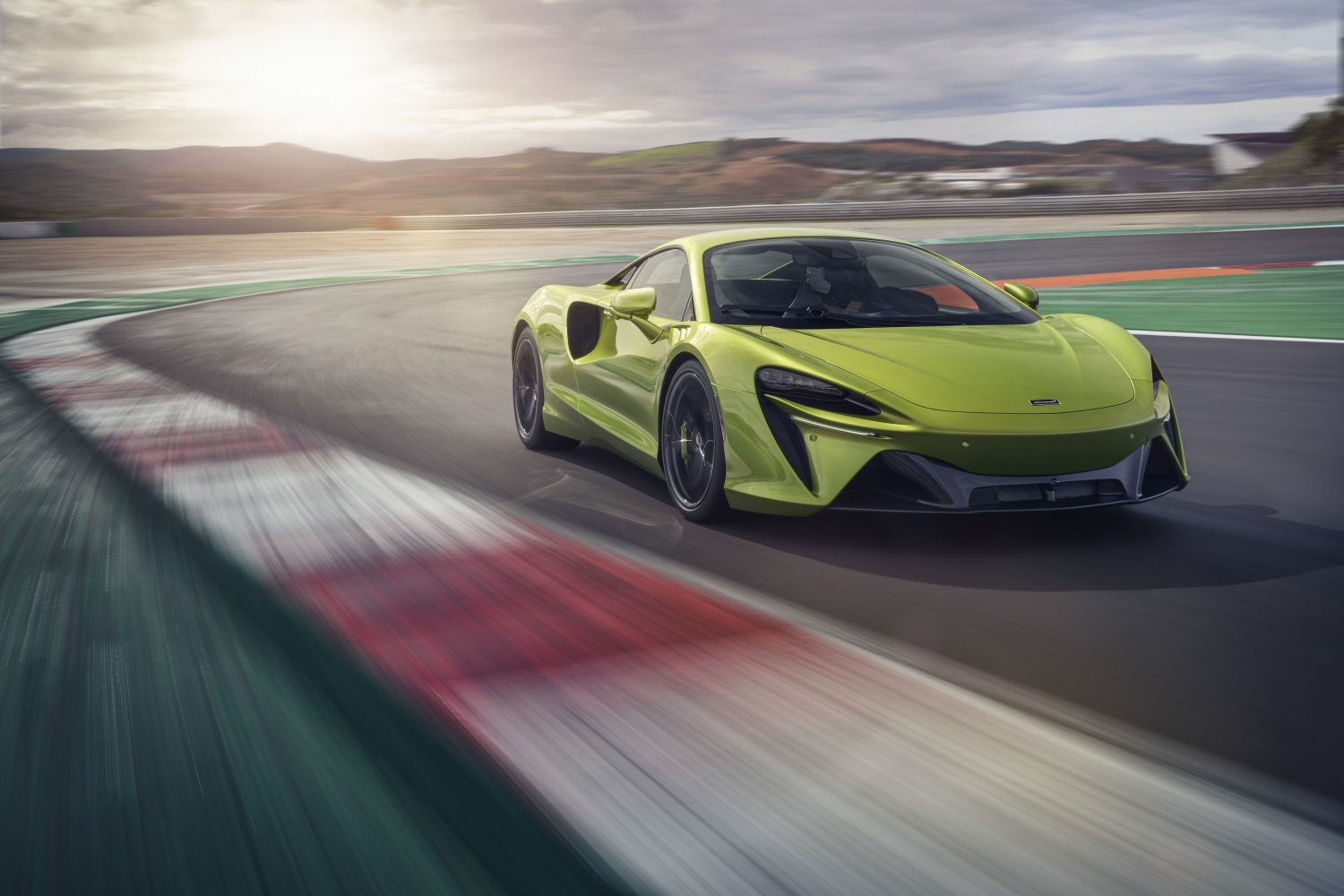 The driver can choose from four different powertrain modes. Comfort mode maximises range and efficiency, with the V6 engine shut off under 40km/h with the use of an extended stop and start mode. In Sport and Track modes, electric power is deployed in an increasingly aggressive manner for low-end response and acceleration (‘torque infill’). E-mode allows for emissions-free electric-only driving. Separate handling mode choices adjust damper firmness and the degree of Electronic Stability Control intervention to suit driver preference and weather and road conditions.

“The way we design cars at McLaren is different,” said Dan Parry-Williams, McLaren Automotive Director of Engineering Design. “We use a holistic approach comprising both technical design and studio design, areas that in the automotive industry are often separated and sometimes even compete; McLaren sees these pillars as integrally linked and working towards common goals.”

The Artura is available to order now with first deliveries to customers commencing in Q3 of this year. It is priced at $225,000 in the United States and from £185,500 in the UK.