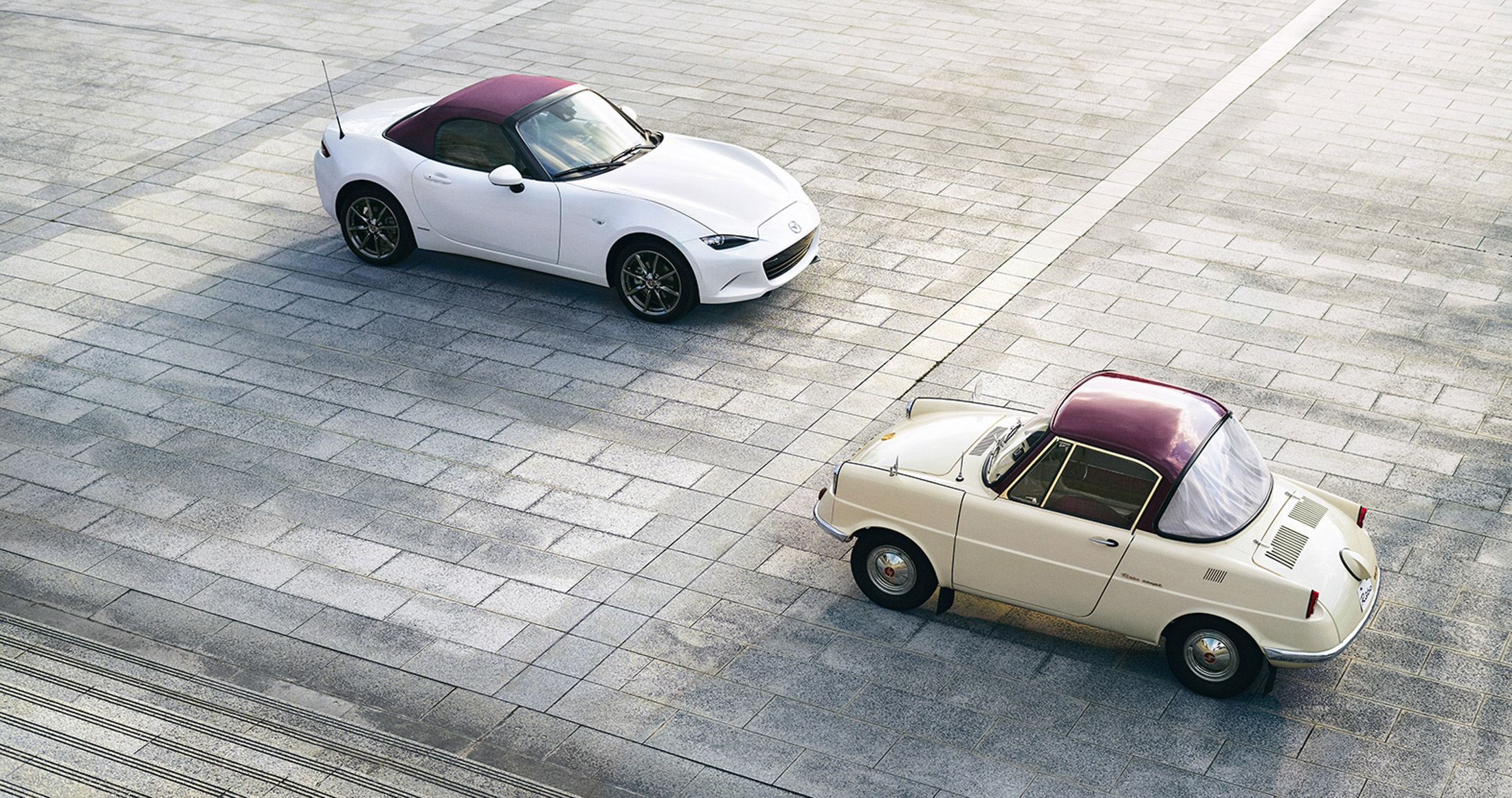 Mazda is celebrating its 100th anniversary with a Special Edition series that will be available across its model range, including the MX-5 Roadster, MX-5 Roadster RF, Mazda2, Mazda3, Mazda6, CX-3, CX-30, CX-5 and CX-8. They have just gone of sale in Japan and will be available to order until the end of March 2021. 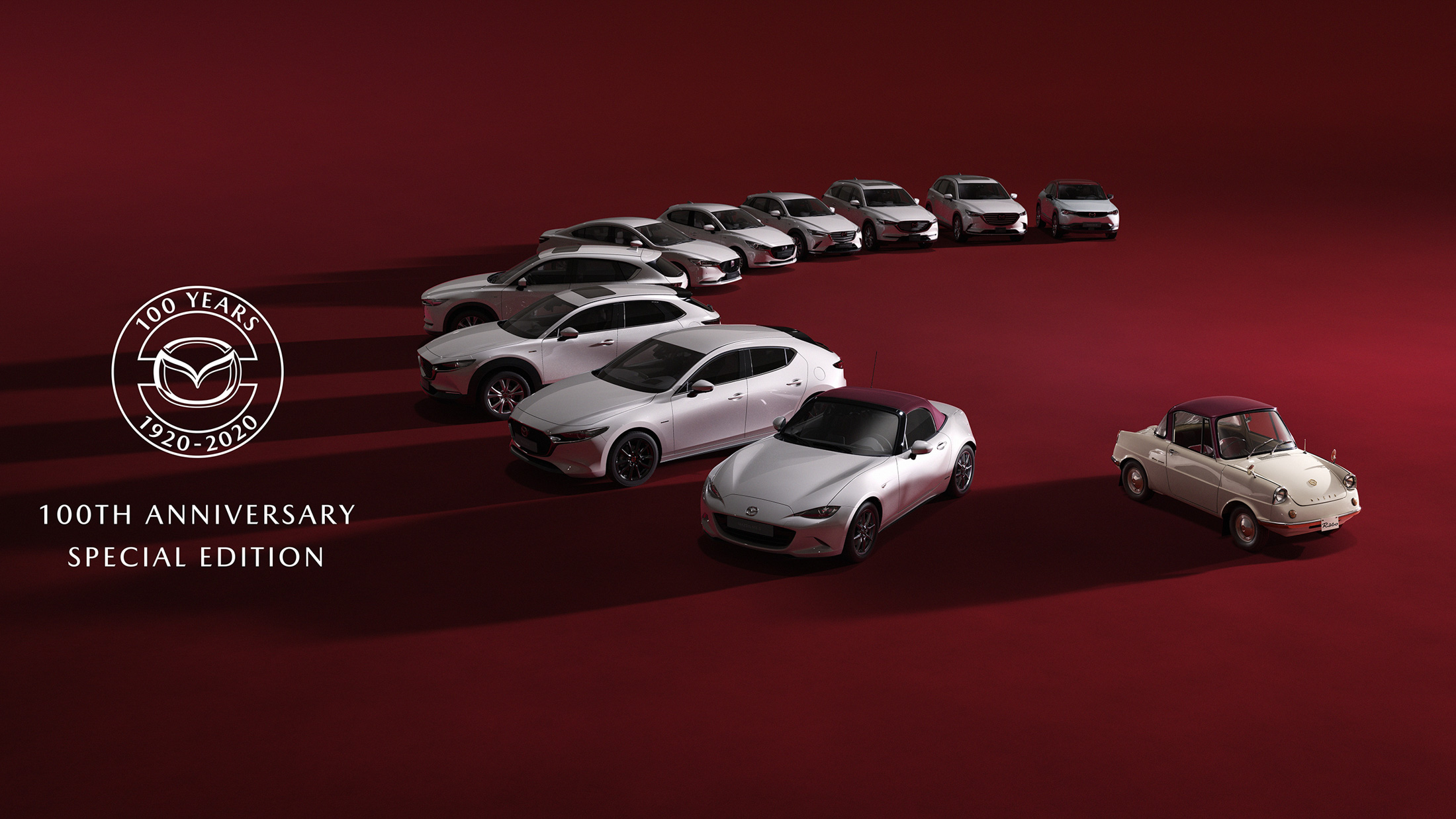 Due to the current global pandemic, Mazda has not announced when the 100th Anniversary Special Edition models will be available outside of japan. It is their intention to stagger the introduction of the special edition models to other markets around the world. 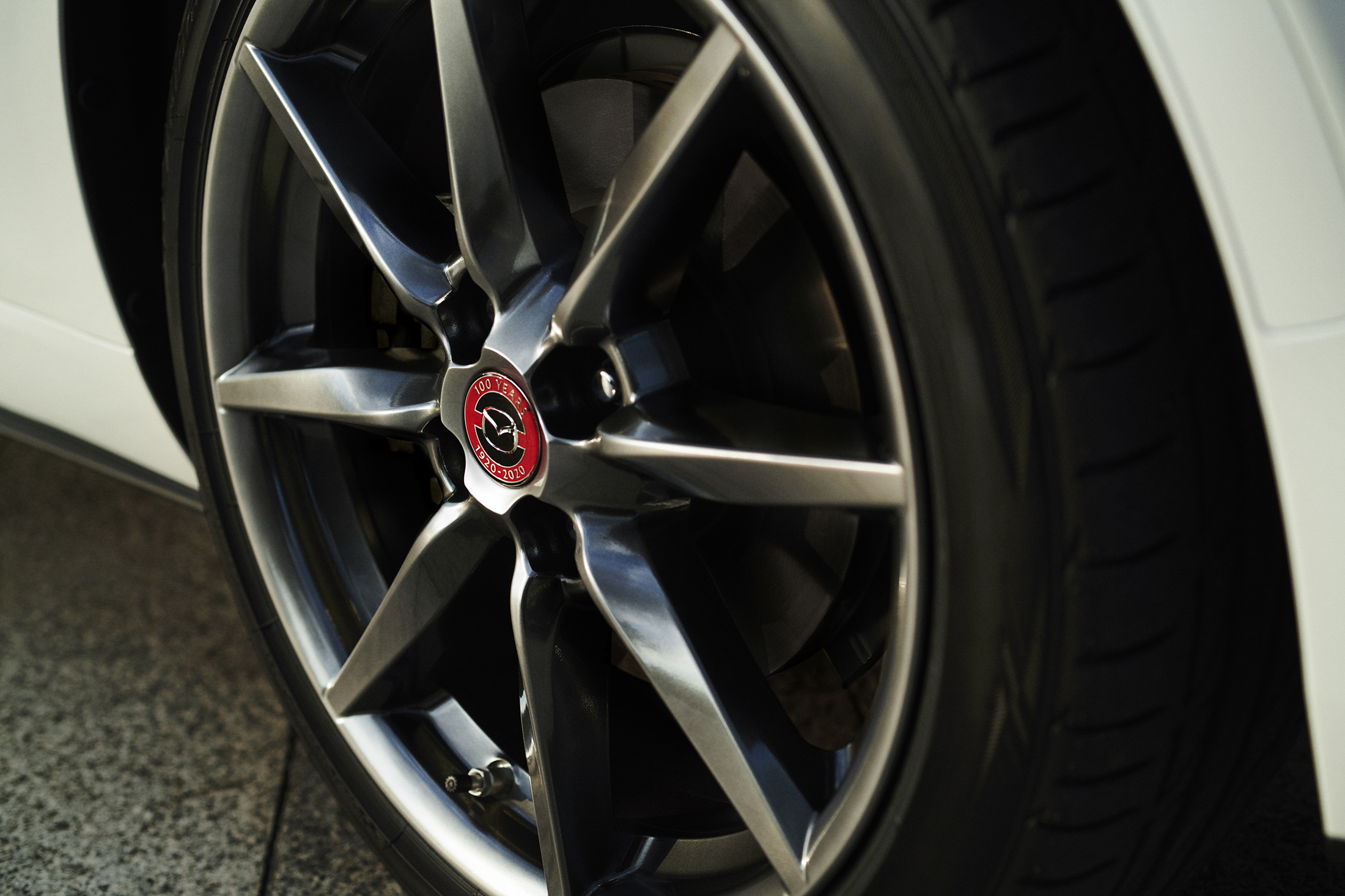 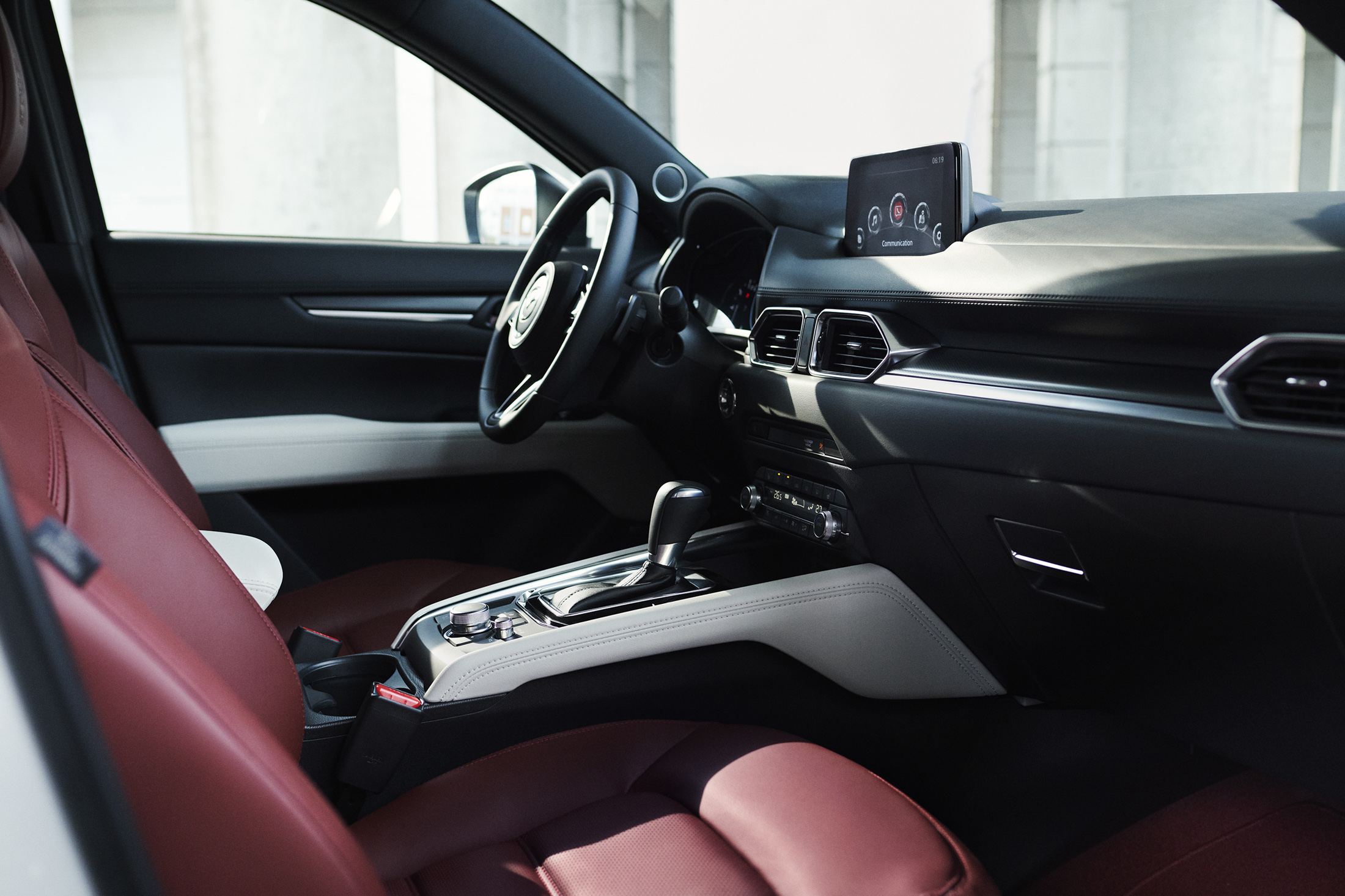 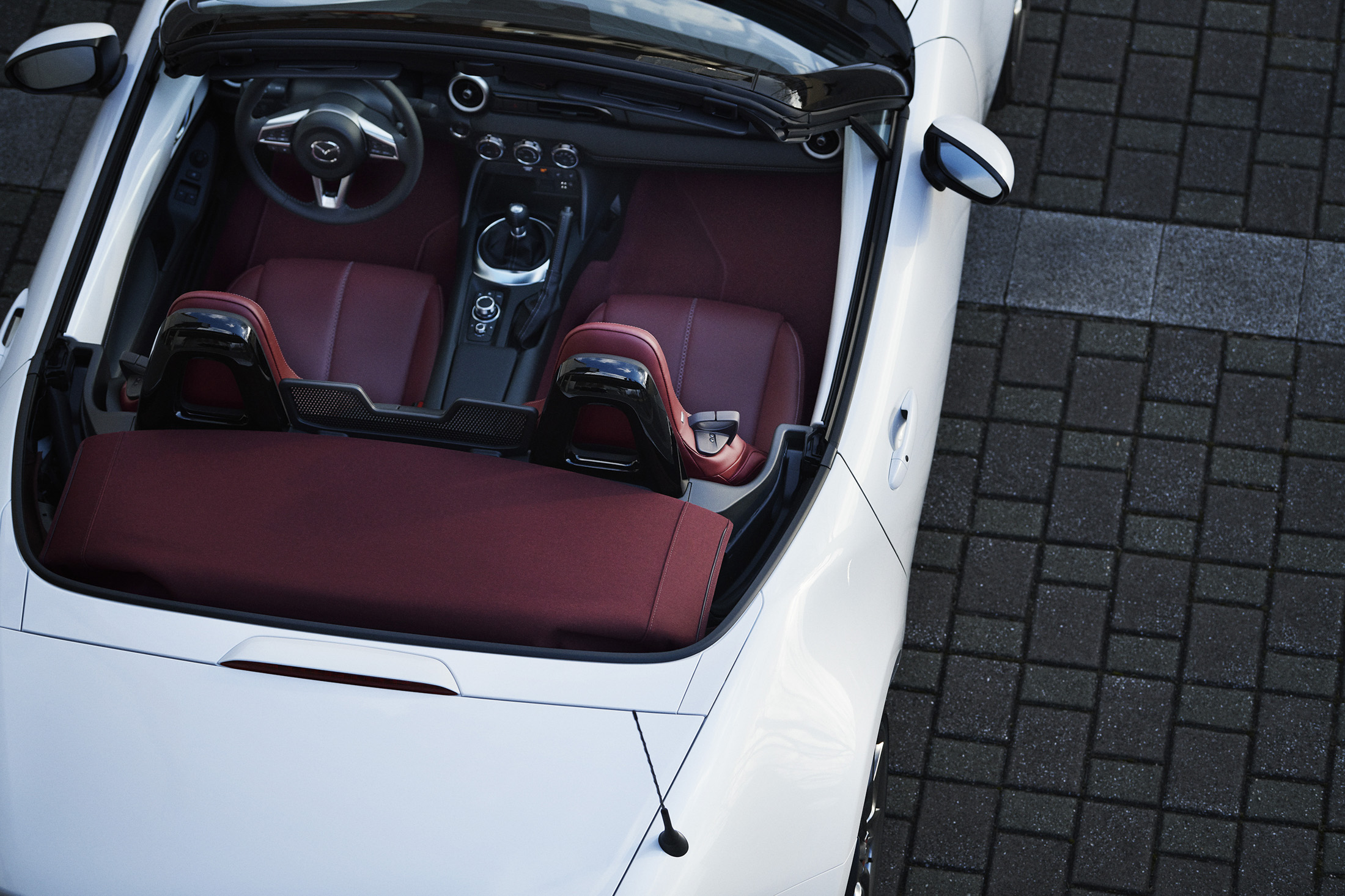 The white and burgundy two-tone color combination is a tribute to Mazda’s first four-wheel vehicle, the 1960 R360 Coupe. Form its start of business in 1920 until 1960, Mazda focused on the manufacture of three-wheel passenger and delivery vehicles. The R360 Coupe had seating for four and was available with either a 4 speed manual or 2 speed automatic transmission. Its 356cc air-cooled 16 hp engine could propel the 800 pound coupe to a top speed of just over 50 mph/80 km/h.
Share List