“I love driving this car as much as my race car.”Thed Björk, racing and development driver, Cyan Racing

“This car is a development platform for future production performance road cars based on Lynk & Co technology,” said Henrik Fries, Head of Automotive R&D at Cyan Racing. “We have done this journey before with the Volvo S60 and V60 Polestar in combination with our previous motorsport program with Volvo Cars and Polestar. To build a road car based on the Lynk & Co 03 World Touring Car Cup race car is an exciting and important step forward for our future programs.”

The Lynk & Co 03 Cyan Concept is Cyan Racing’s interpretation of a race car for the road, utilizing the same technology as the Lynk & Co 03 TCR race cars that Cyan Racing will compete with in the 2019 FIA World Touring Car Cup. 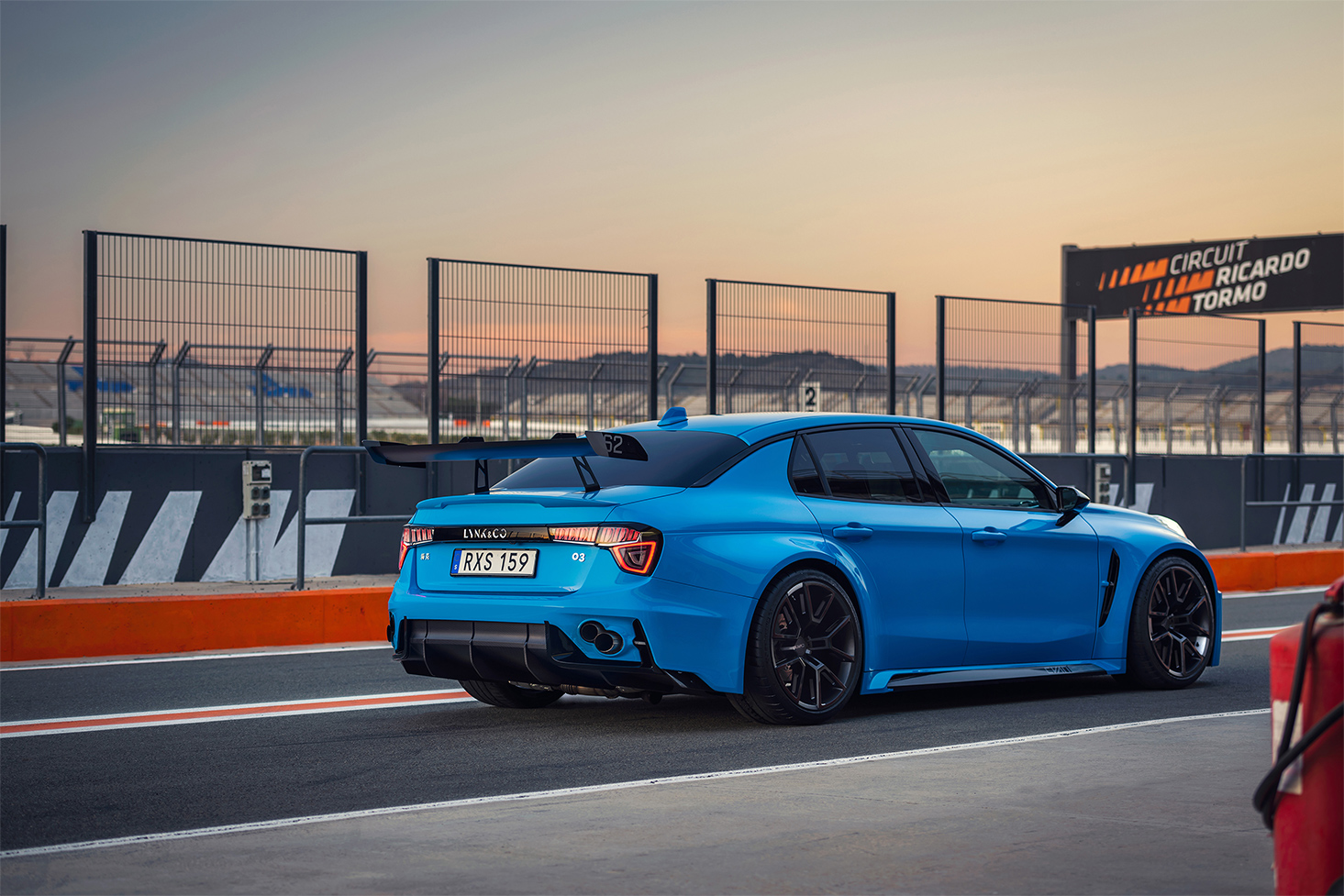 “While this concept might be a bit extreme, we have learned that in order to explore the true characteristics of a car you need to push it to its maximum and that is just what we are doing right now with this car,” said Thed Björk, racing and development driver for Cyan Racing. “We strive to find the optimal balance between responsiveness and performance in combination with predictable, balanced and safe behaviour. This is the same base philosophy as when we develop race cars. I love driving this car as much as my race car.”

The concept road car is equipped with a 528-hp 2.0 litre turbocharged Lynk & Co engine, the same base engine used in the Lynk & Co 03 production road car. The engine development of Cyan Racing is headed by the same team that have produced engines like the 2017 World Championship-winning 1.6 litre Volvo engine and the award-winning V8 Volvo engine for the Australian V8 Supercars program of Cyan Racing. 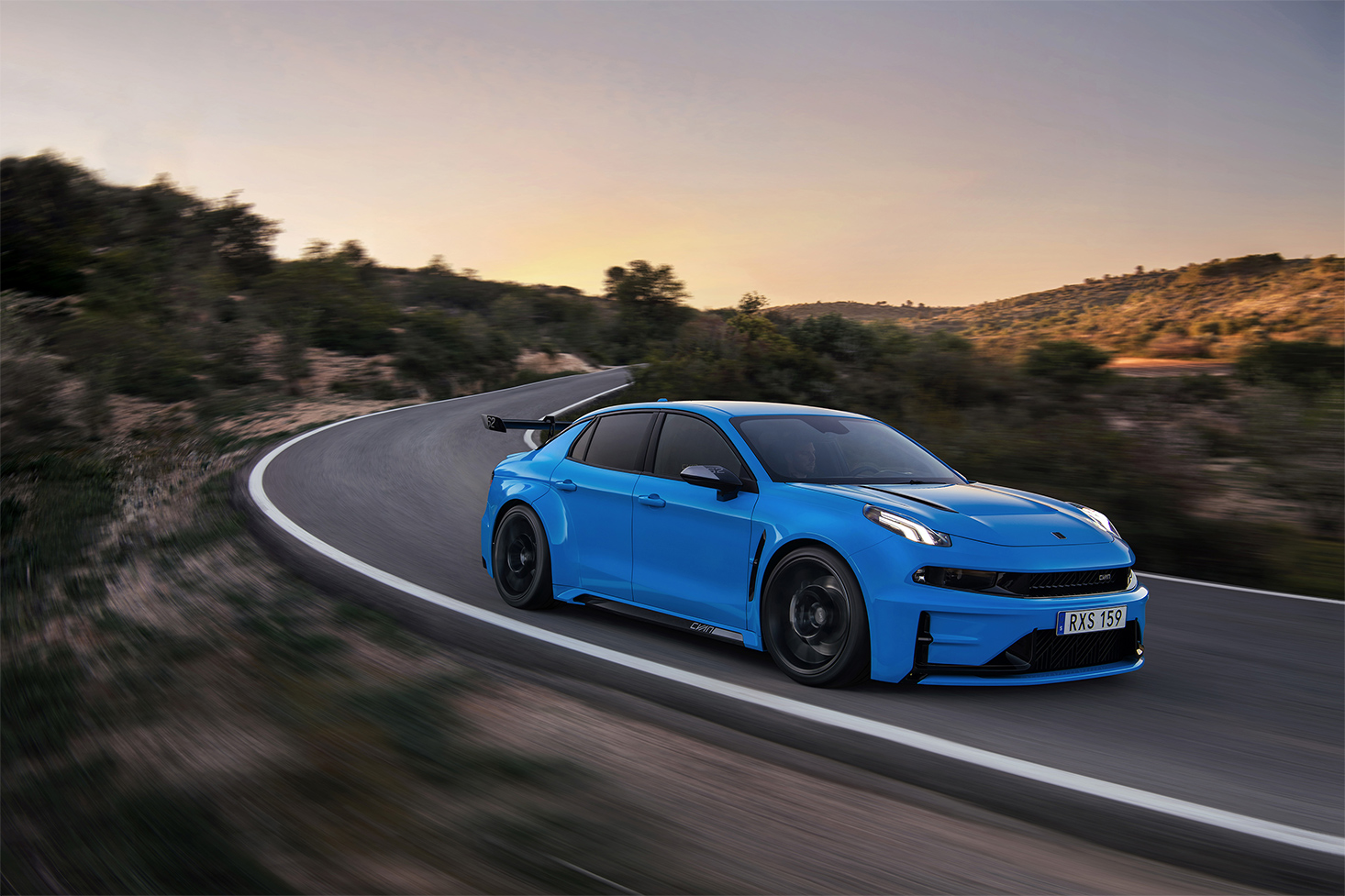 “What you aim for when developing a race engine does not differ much from when developing an engine for a performance road car,” said Mattias Evensson, head of engine development at Cyan Racing. “You do not only want the engine to deliver a lot of power, but also combining the power with a high level of drivability. Although the Lynk & Co engine in the concept car is relatively small in relation to the power output, its design allows us to achieve both plenty of power and low-rev responsiveness.”

The Lynk & Co 03 Cyan Concept is front wheel drive using a 6-speed sequential gearbox and is equipped with a multi-plate limited slip differential. It will accelerate from 0-100 km/h in 4.4 seconds and 0-200 km/h in 10 seconds. It has a top speed of 310 km/h and can generate 1.5G’s of lateral grip. 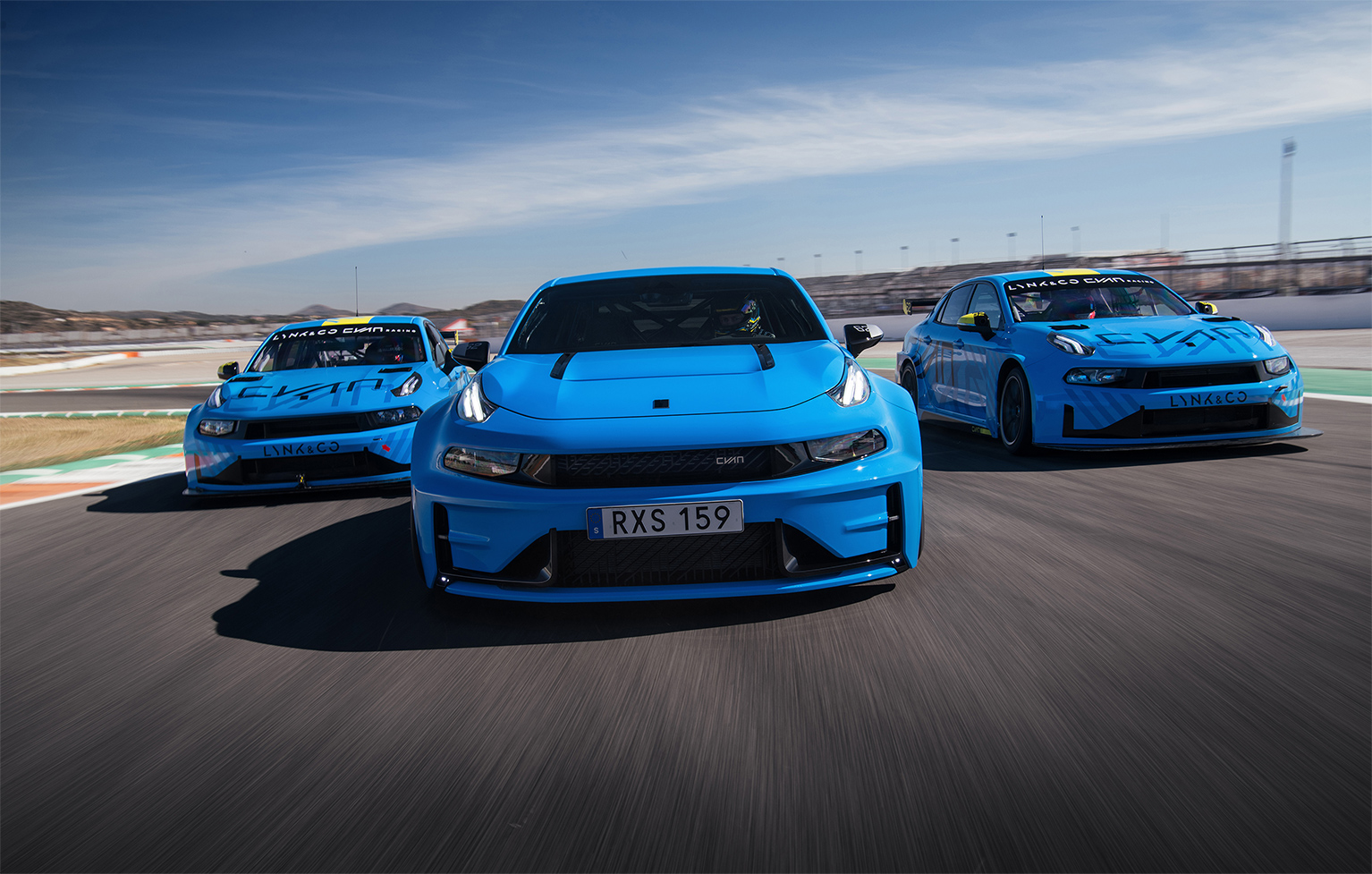 Next up in the development process of the Lynk & Co 03 Cyan Concept road car is to join the race team in pre-season testing. 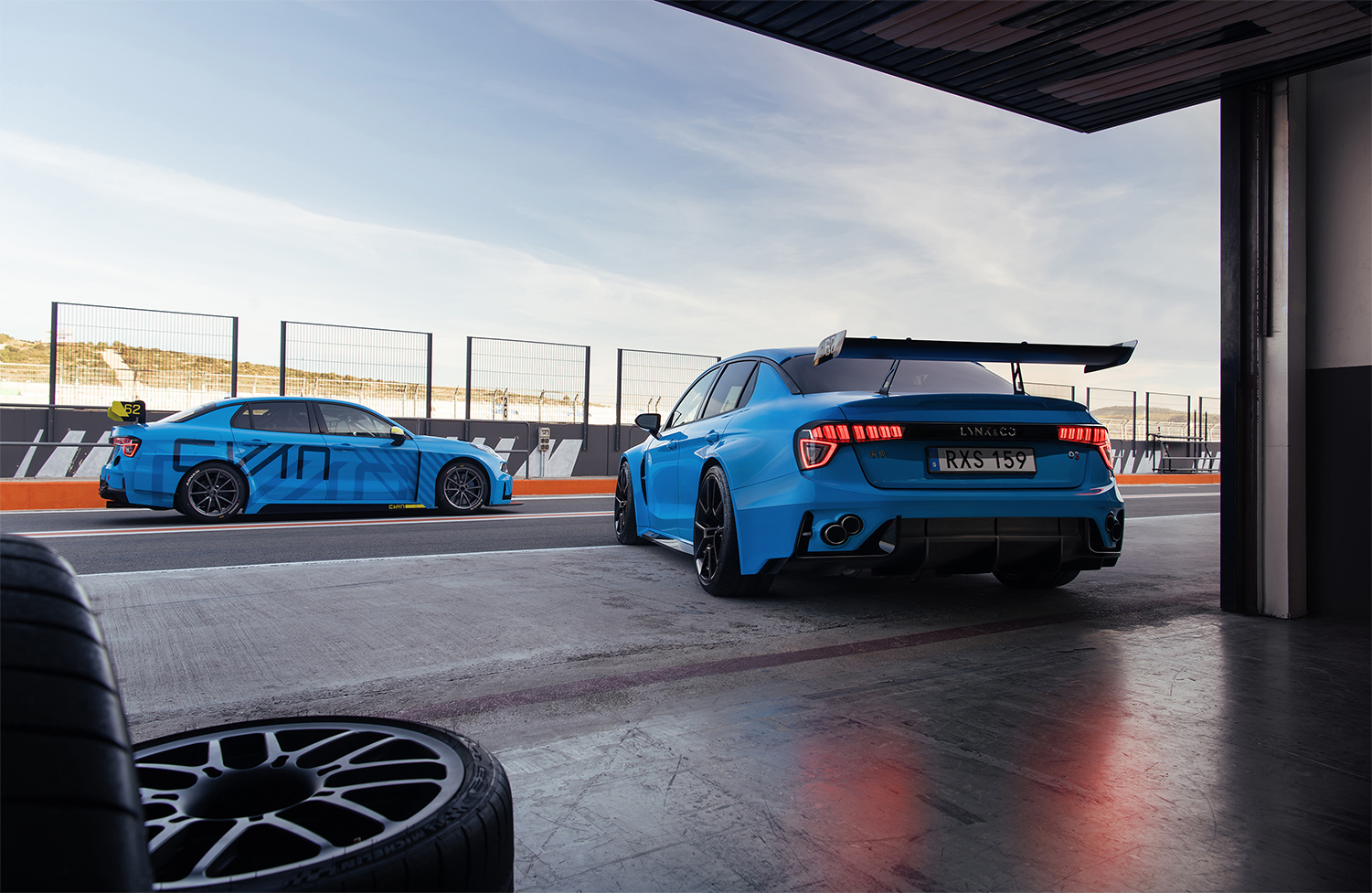 Cyan Racing was founded in 1996 and has won numerous titles including the 2018 FIA World Touring Car Cup title team and the double 2017 FIA World Touring Car Championship titles for driver and team. They participated in the development of the Polestar performance models of the Volvo S60 and V60 from 2013 to 2015. Lynk & Co is the new global urban mobility brand. Its products are designed and engineered in Sweden and will be sold globally. 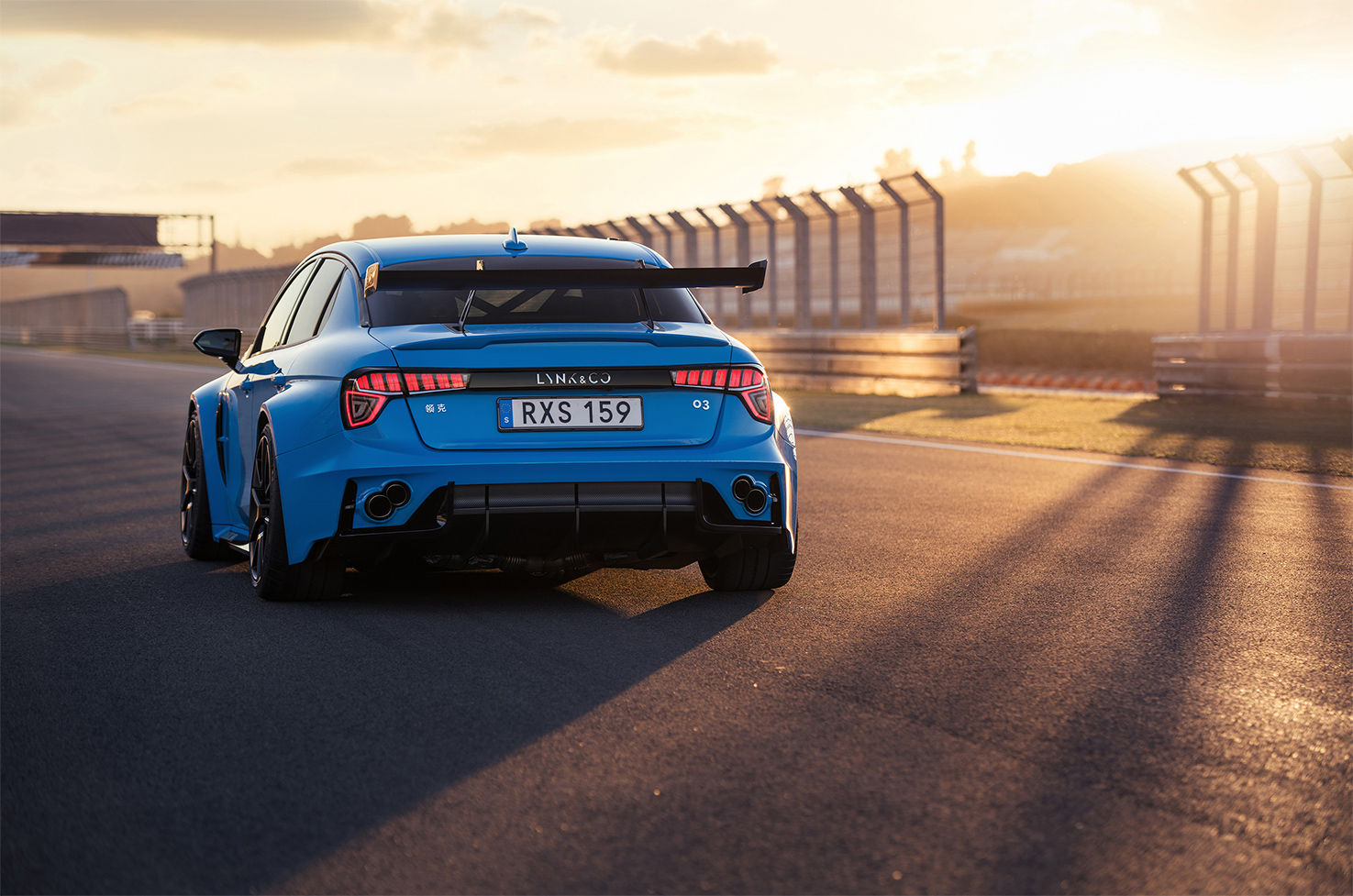