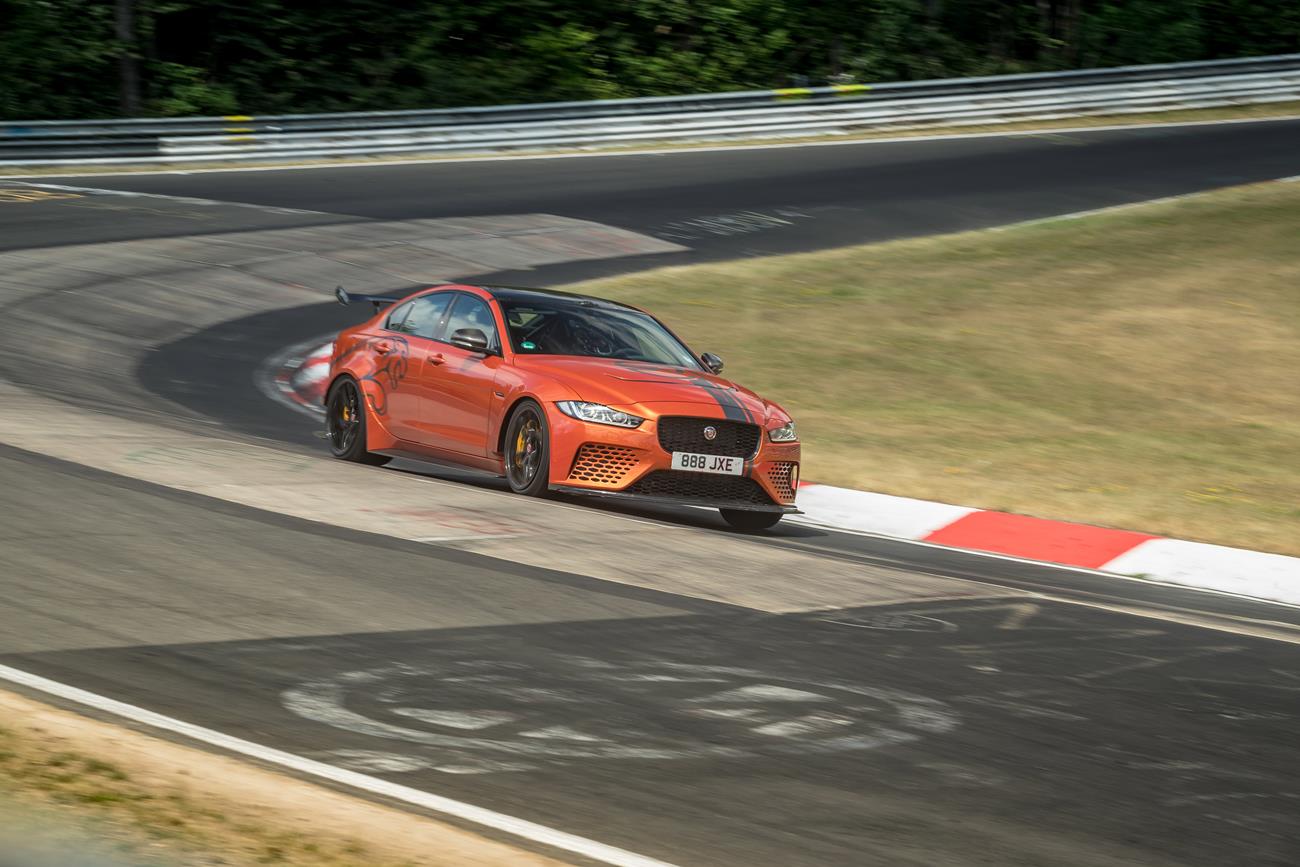 The Jaguar XE SV Project 8 is the worlds fastest four-door sedan. To help demonstrate that, in November 2017, Jaguar went to the famed Nurburgring Nordschleife in Germany to set the fastest lap for a four-door production car. Not satisfied with that lap record, this month Jaguar went back there to break their own record. They were successful. The new officially-verified time of 7 minutes and 18.361 seconds on the 20.6 km (12.8-mile) lap is 2.9 seconds faster than Project 8’s previous record and 7 seconds faster than any other four-door production car.

“The original Nürburgring time set by Jaguar XE SV Project 8 demonstrated the extreme performance envelope of the world’s fastest production sedan, but the SV team is driven by a motorsport mentality and we knew Project 8 could go even faster,” said Jamal Hameedi, Engineering Director of Jaguar Special Vehicle Operations. “This new official record time is a fitting reward for everyone who has played a part in pushing the boundaries for our customers with Project 8.” 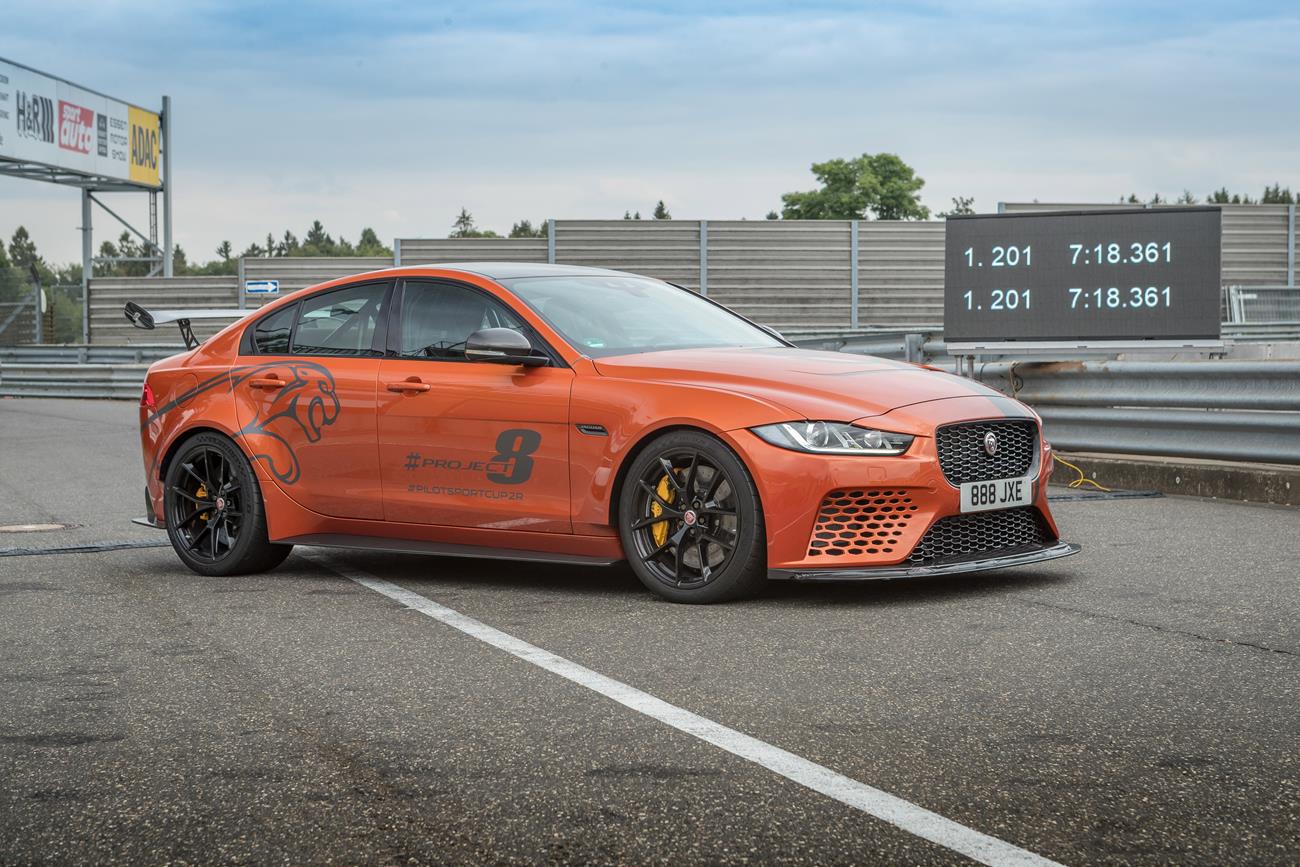 The Jaguar XE SV Project 8 is powered by a 592 hp 5.0-litre Supercharged V8 and all-wheel-drive and is capable of 0-60 mph runs of 3.3 seconds and 0-100 km/h in 3.7 seconds. It has a top speed of 200 mph or 320 km/h. Project 8 also features a fully-enclosed flat underbody for enhanced aerodynamics, which is one of the key elements of its performance capabilities. Production of the limited-edition Project 8 will finish this year and is priced from £149,995 in the UK, the equivalent of approximately $246,000 CAD. 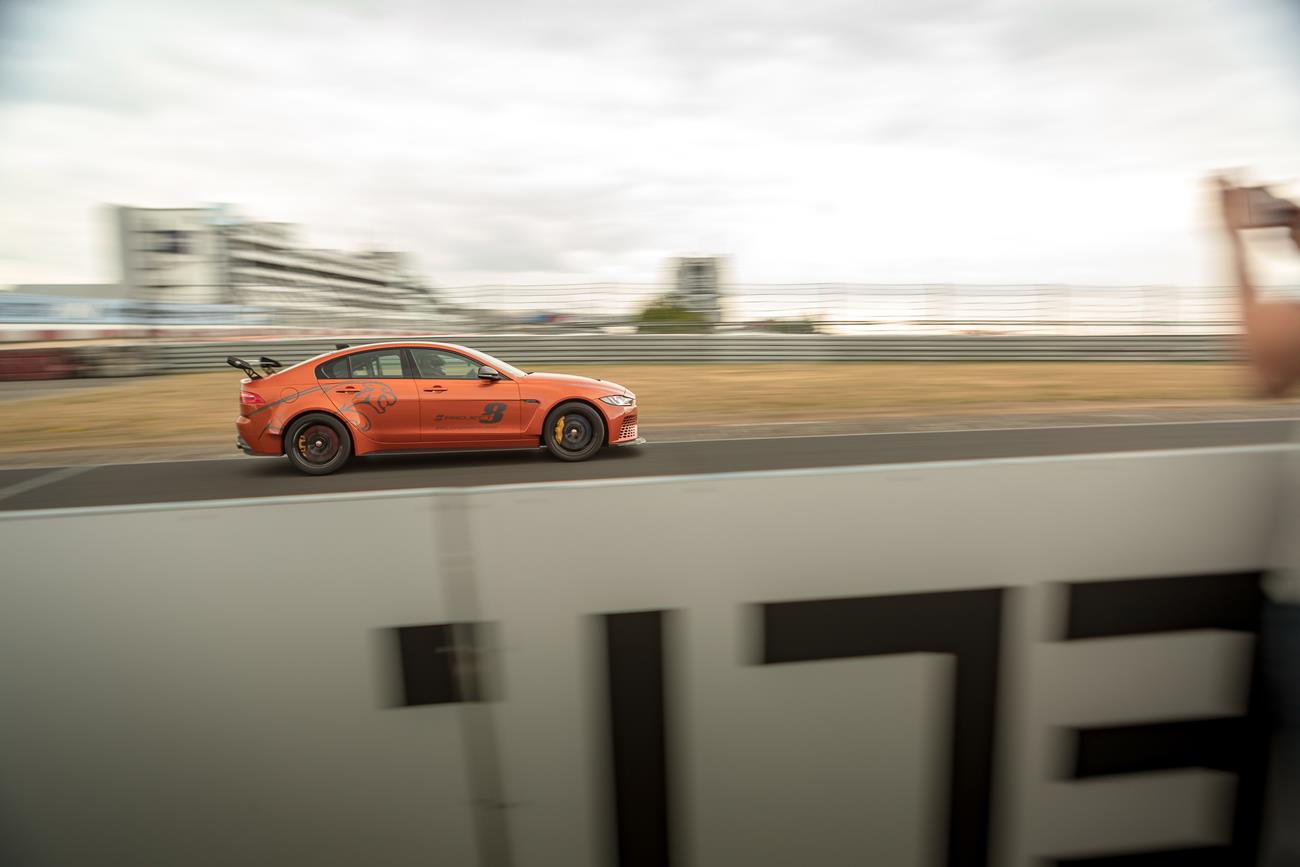 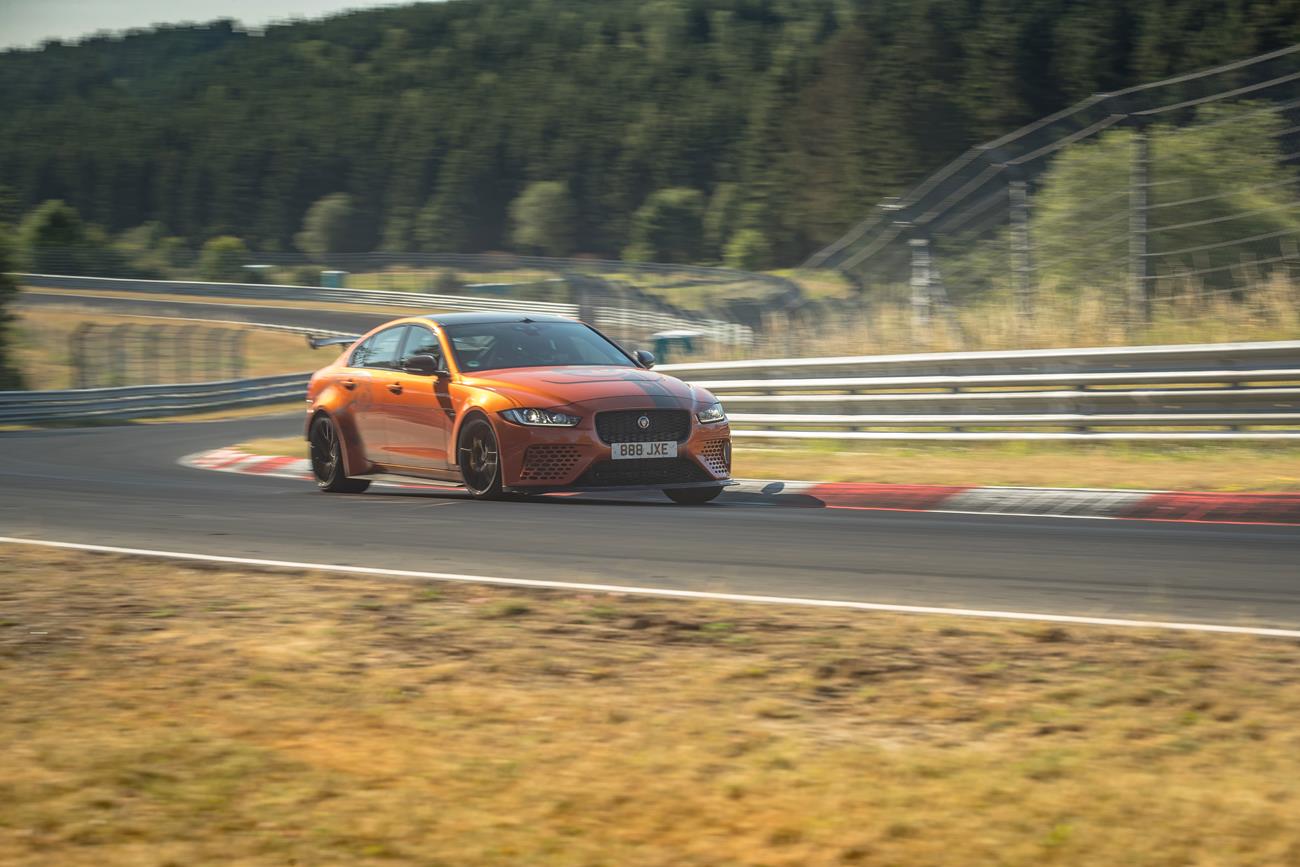 The new record breaking Nurburgring lap record run is now available in a 360-degree on-board video complete with a g meter, lap time counter, speedometer expressed in miles per hour and kilometers per hour and a track map.