“The agility, dynamic handling and all-wheel drive traction of the XE 300 SPORT came into its own on this challenging track.”Vincent Radermecker, setter of a production saloon record at Nürburgring

The Jaguar XE 300 Sport has set a unique lap record at a long-forgotten former Grand Prix circuit in France. The 8km Circuit de Charade in Clermont Ferrand, which included public road sections, hosted the Formula One French Grand Prix in 1965, 1969, 1970 and 1972. It fell out of favour as loose volcanic rock and the lack of any real run-off areas took its toll on drivers and their cars. The full, longer circuit was last used in 1988 so Jaguar returned to the historic track to mark the anniversary of its closure by completing the first flying lap of the circuit in three decades.

After completing the fastest ever lap of the Nürburgring Nordschleife in a production sedan behind the wheel of the XE’s track-ready stablemate, the SV Project 8, driver Vincent Radermecker attempted to set a production saloon lap record in the XE 300 SPORT. With a roundabout and two narrow gateways not used in the original circuit to contend with, Vincent lapped the demanding track in just 4 minutes 09 seconds at an average speed of 116km/h (72mph).

“I set the production saloon record at the Nürburgring in the XE SV Project 8 last year and this lap was every bit as demanding,” said Vincent Radermecker. “The agility, dynamic handling and all-wheel drive traction of the XE 300 SPORT came into its own on this challenging track. The longest straight is barely 600 metres, so I can see why drivers used to call this the French Nürburgring. It’s a privilege to drive this track and it’s really special to drive here with Jaguar.” 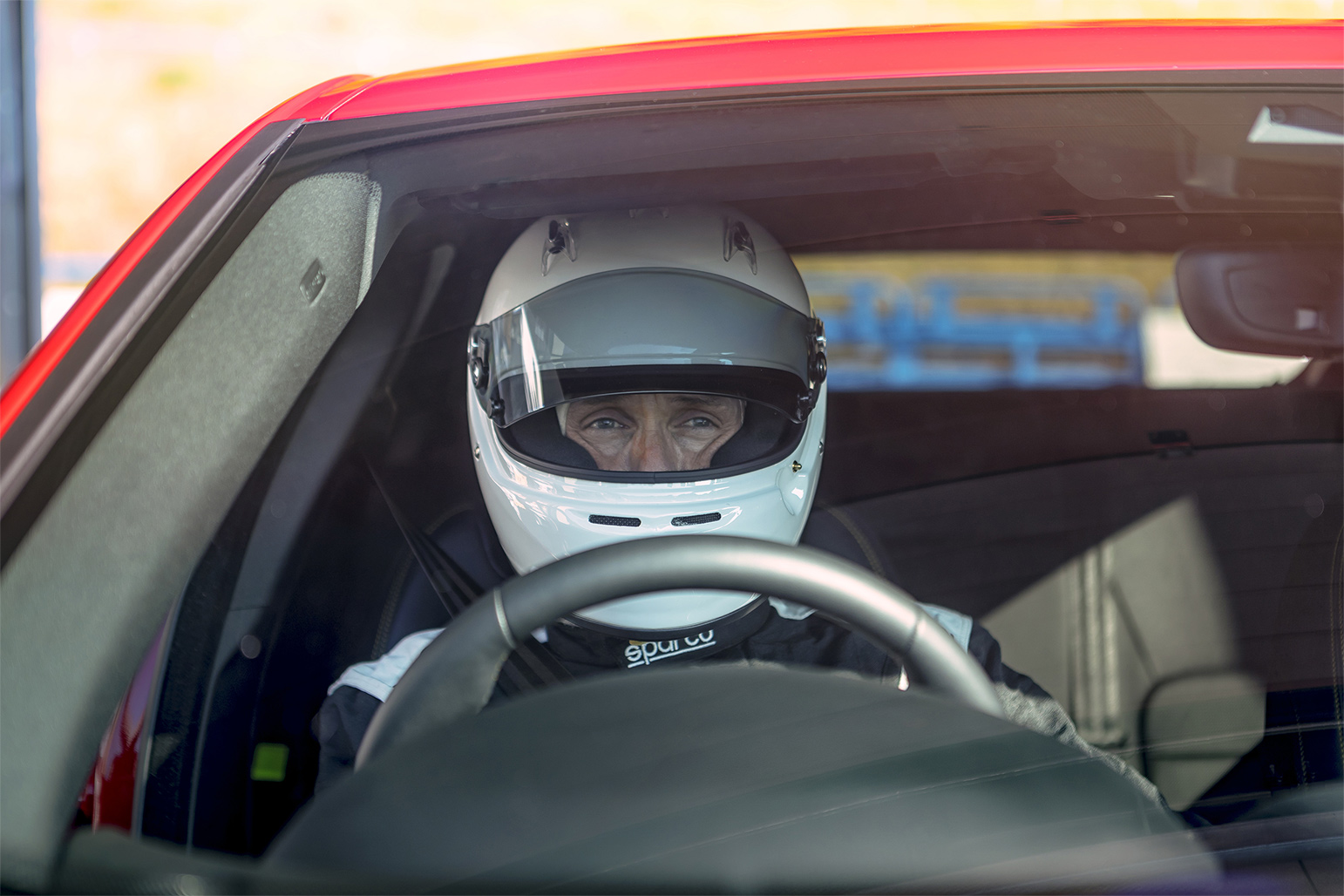 The XE 300 SPORT is powered by a 300 hp 2.0-litre Ingenium petrol engine and is capable of 0-100km/h in 5.7 seconds (0-60 mph in 5.4 seconds). With 295 lb-ft of torque, Vincent was able to make full use of the XE’s exceptional handling capabilities to exploit the smallest of opportunities throughout the twisty, undulating track, which snakes around the extinct volcano that sits in the centre of the original layout.

“The XE features a lightweight, stiff Aluminium-intensive Architecture and sophisticated integral-link rear suspension, making it the best driver’s car in its class,” said Mike Cross, Jaguar Land Rover Chief Engineer. “Following the XE SV Project 8’s record-setting lap at the Nürbugring, for the 300 SPORT to set a record on this fast, flowing and demanding circuit demonstrates that these are two cars with one DNA.” 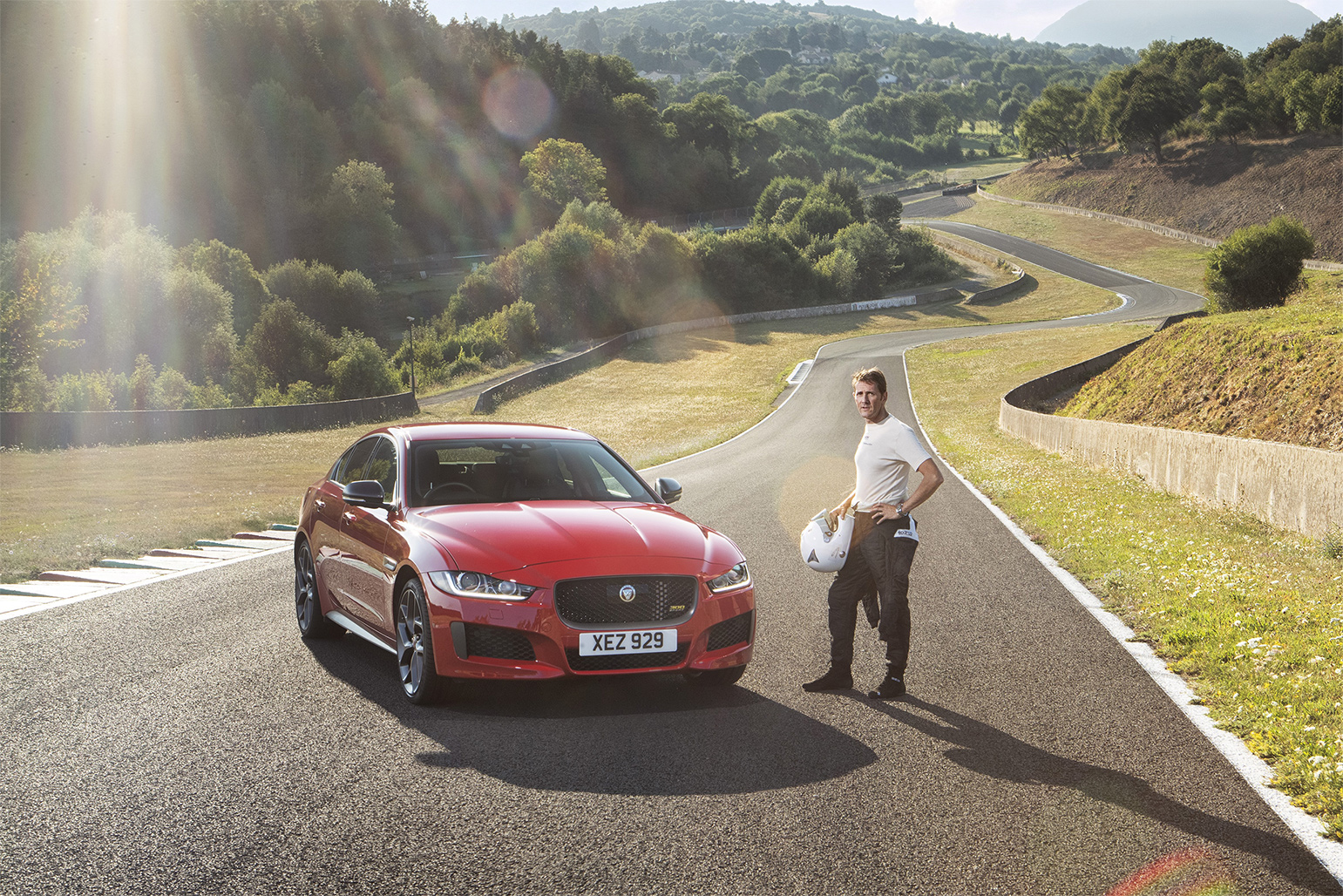 Jaguar worked closely with the track owners and local authorities to re-establish the original Circuit de Charade layout for the 300 SPORT’s flying lap by reopening sections linking today’s track with the public roads that make up the daunting original. 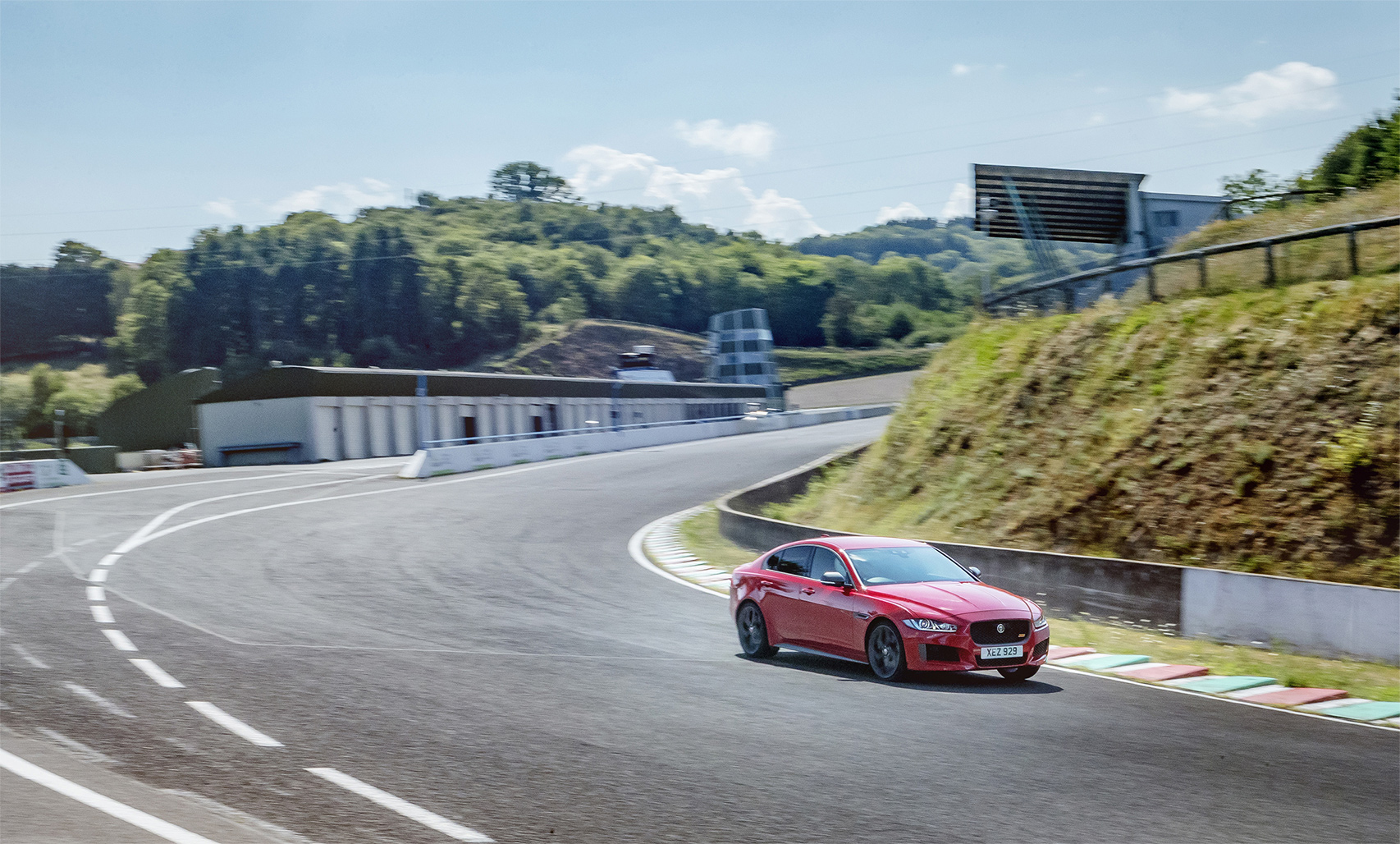 The Jaguar XE won the Automobile Journalists Association of Canada (AJAC) Best Small Premium Car in Canada Award for 2018. It is available in five trim levels with the most potent being the $61,500 all-wheel drive S model which has a supercharged 3.0 litre V6 with 380 hp and can accelerate from 0-100 km/h in 5.2 seconds. 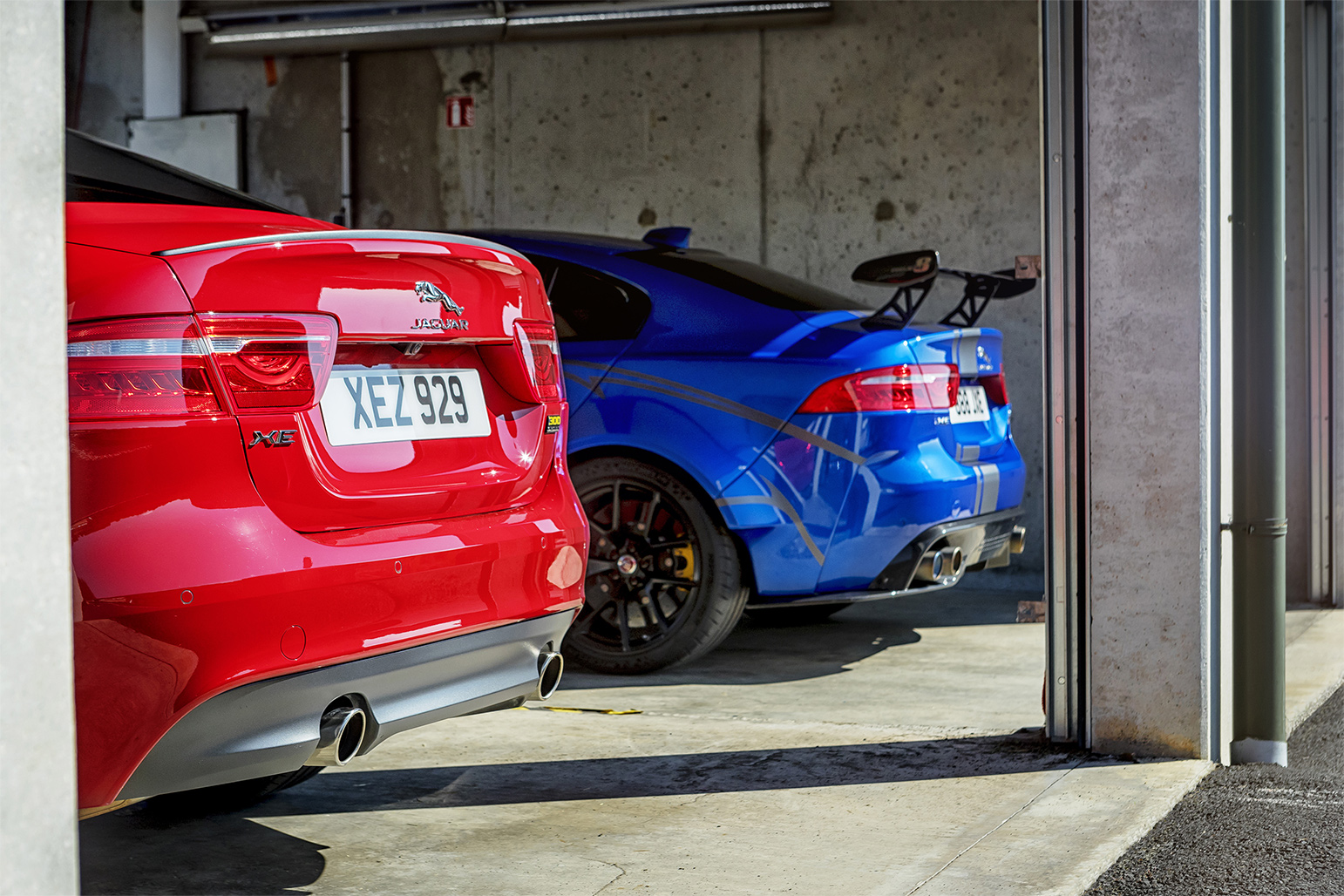 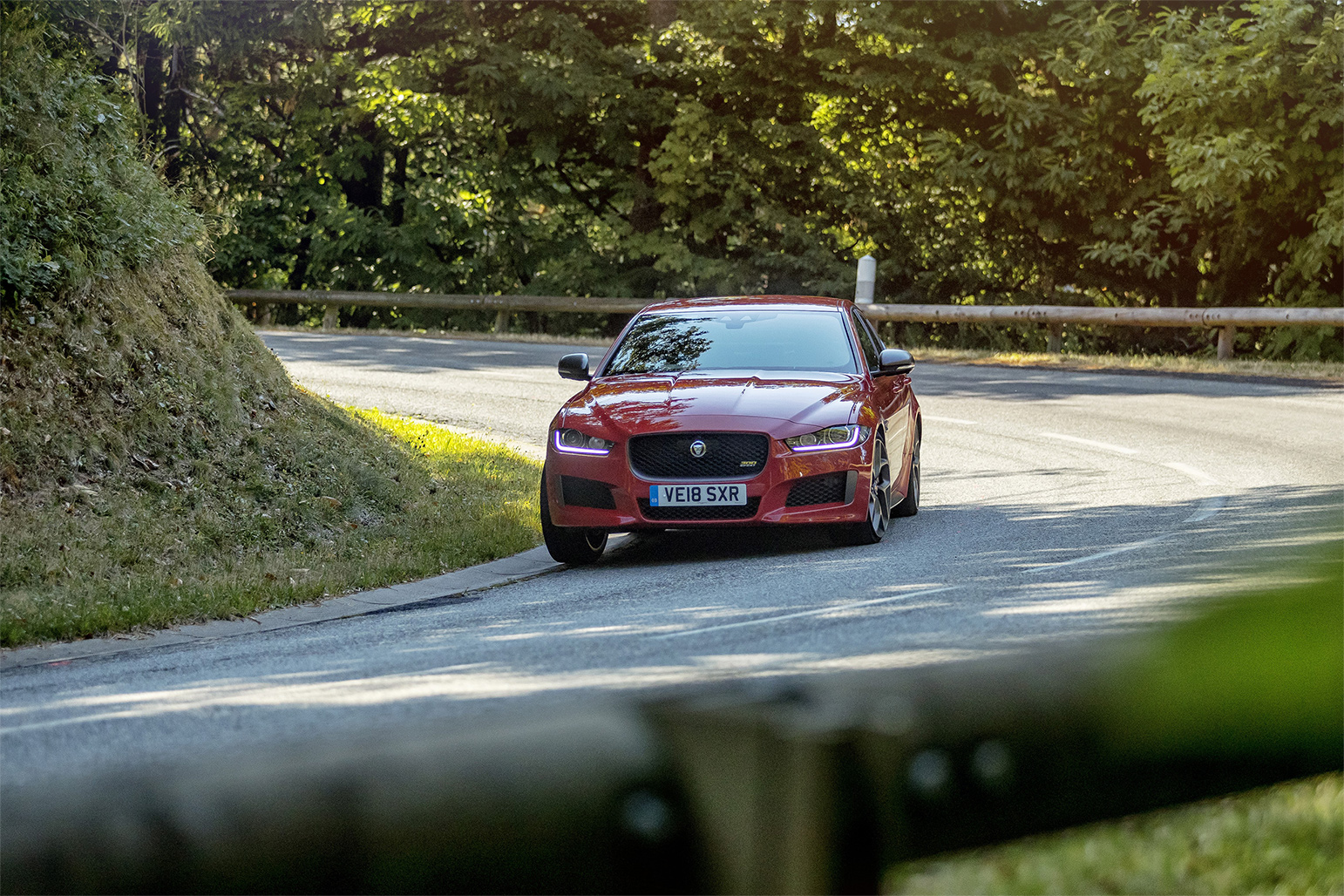