It was an exciting weekend of racing at the Mobil 1 SportsCar Grand Prix at Canadian Tire Motorsport Park near Bowmanville, Ontario. The big race was the Mobil 1 SportsCar Grand Prix held on Sunday, which was race number seven of the twelve race IMSA WeatherTech SportsCar Championship series. The 2-hour and 40-minute race was held under clear blue skies around the 3.9 kilometre 10-turn race circuit in front of thousands of enthusiastic spectators. The overall win went to the American driving team of Colin Braun and Jonathan Bennett in their No. 54 CORE Autosport ORECA LMP2 Prototype car. Jordan Taylor (USA), and Renger Van Der Zande (Netherlands) finished second in the No. 10 Konica Minolta Cadillac DPi-V.R Dpi, and Felipe Nasr (Brasil) and Eric Curran (USA) rounded out the podium in their No, 31 Whelen Engineering Racing Cadillac Dpi. 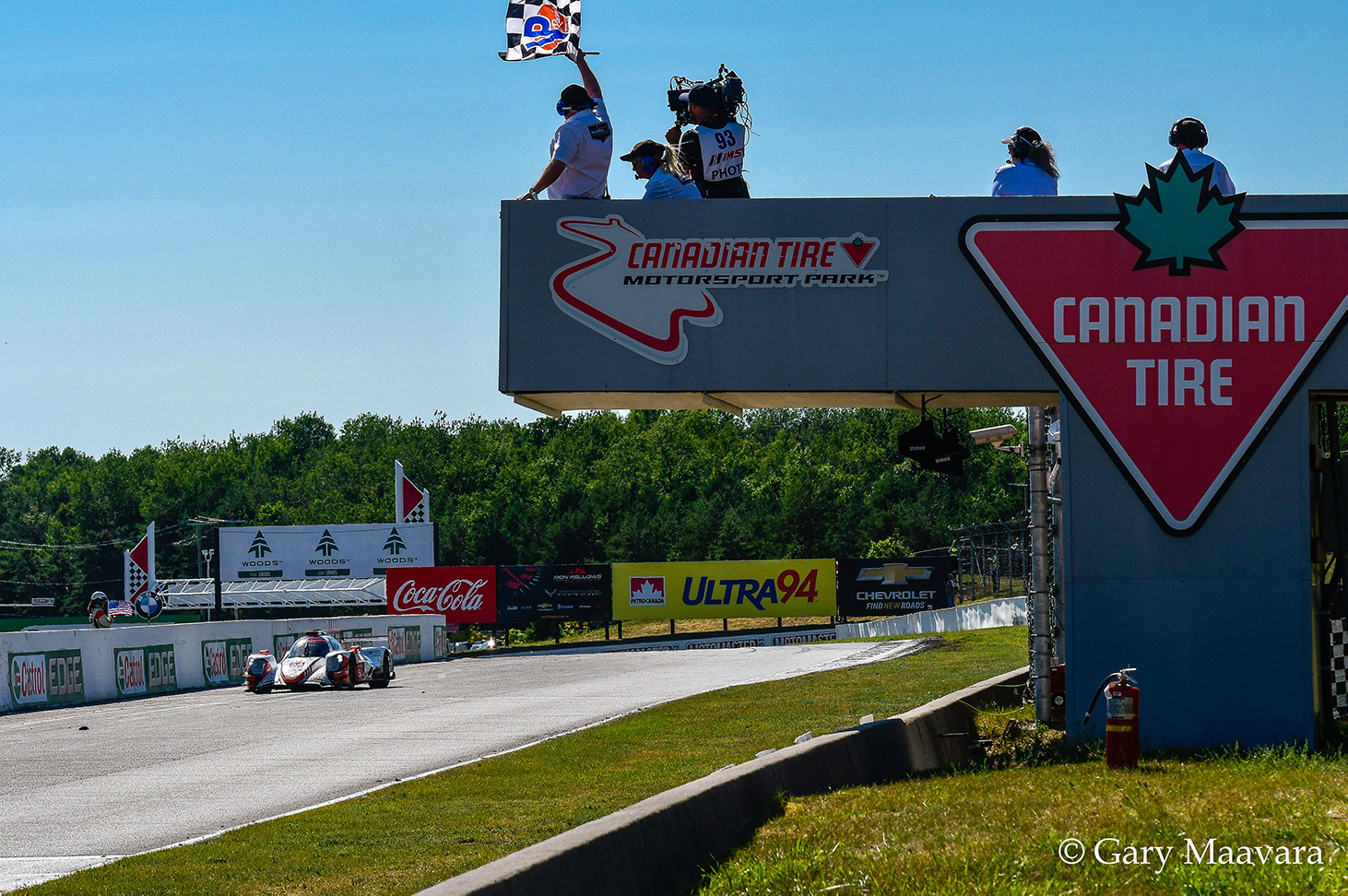 “It’s so cool to get the first win for CORE at this level,” Colin Braun said after the race. “It’s been a pleasure driving with Jon all these years. We’ve had a lot of firsts together and done a lot of cool things and this is another one of those things in a long line. Hats off to the CORE guys. We had great strategy all day. We saved fuel when we needed to, we saved tires when we needed to and we just played our cards the right way and got it done when it mattered. It was important in this race to not get too excited at the beginning. We just sort of laid in the weeds all day and slowly worked our way up and we were there when it mattered at the end.” 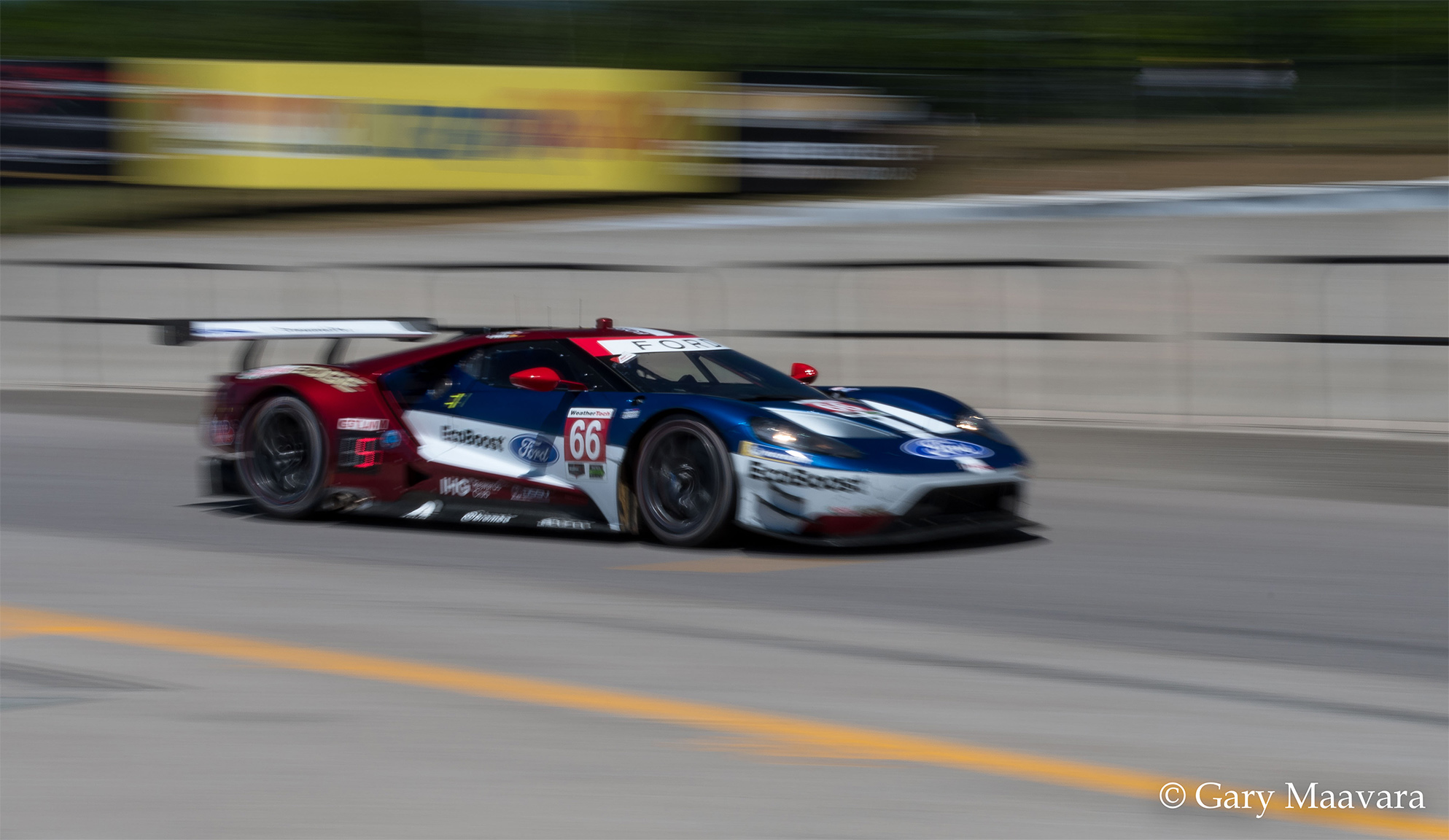 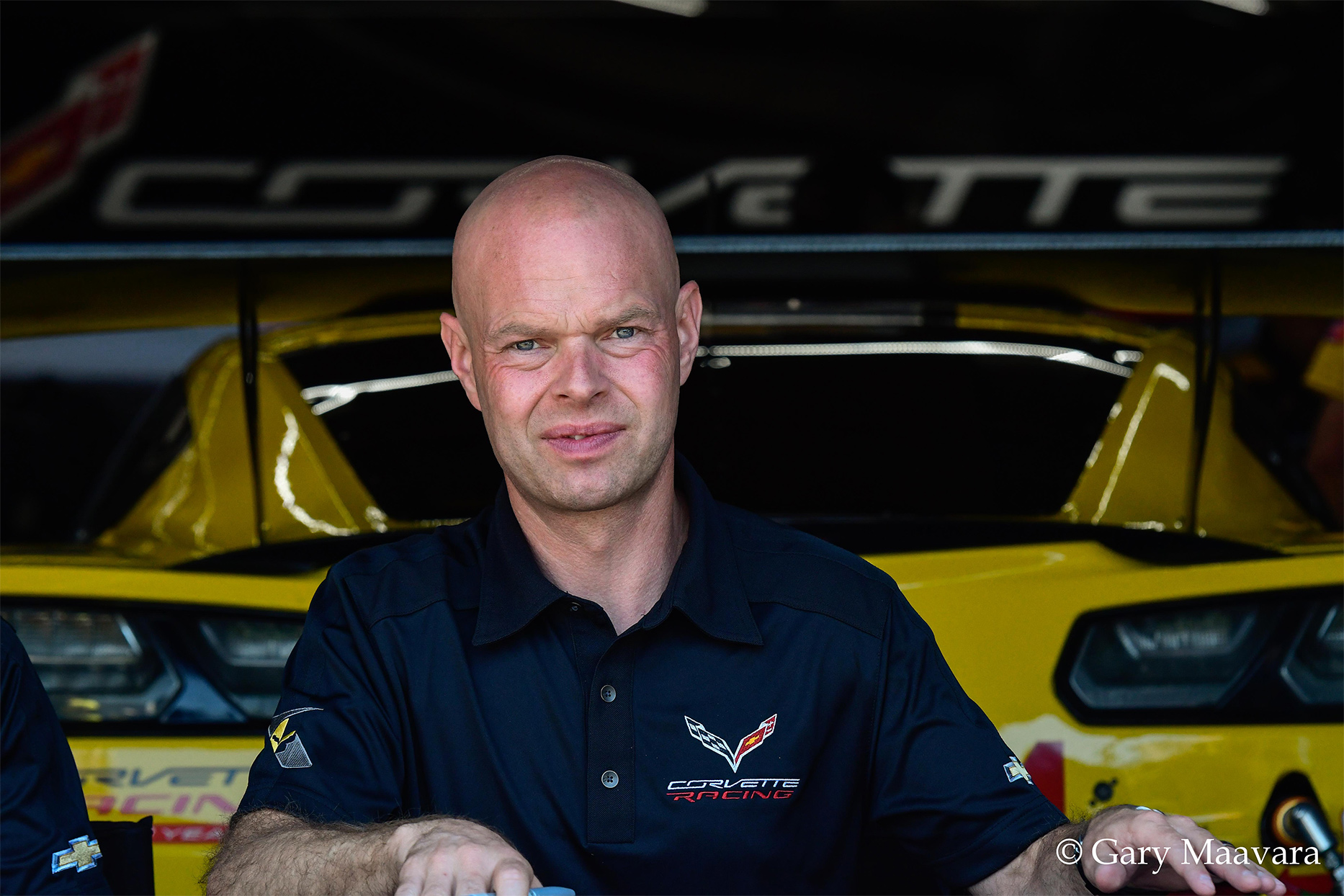 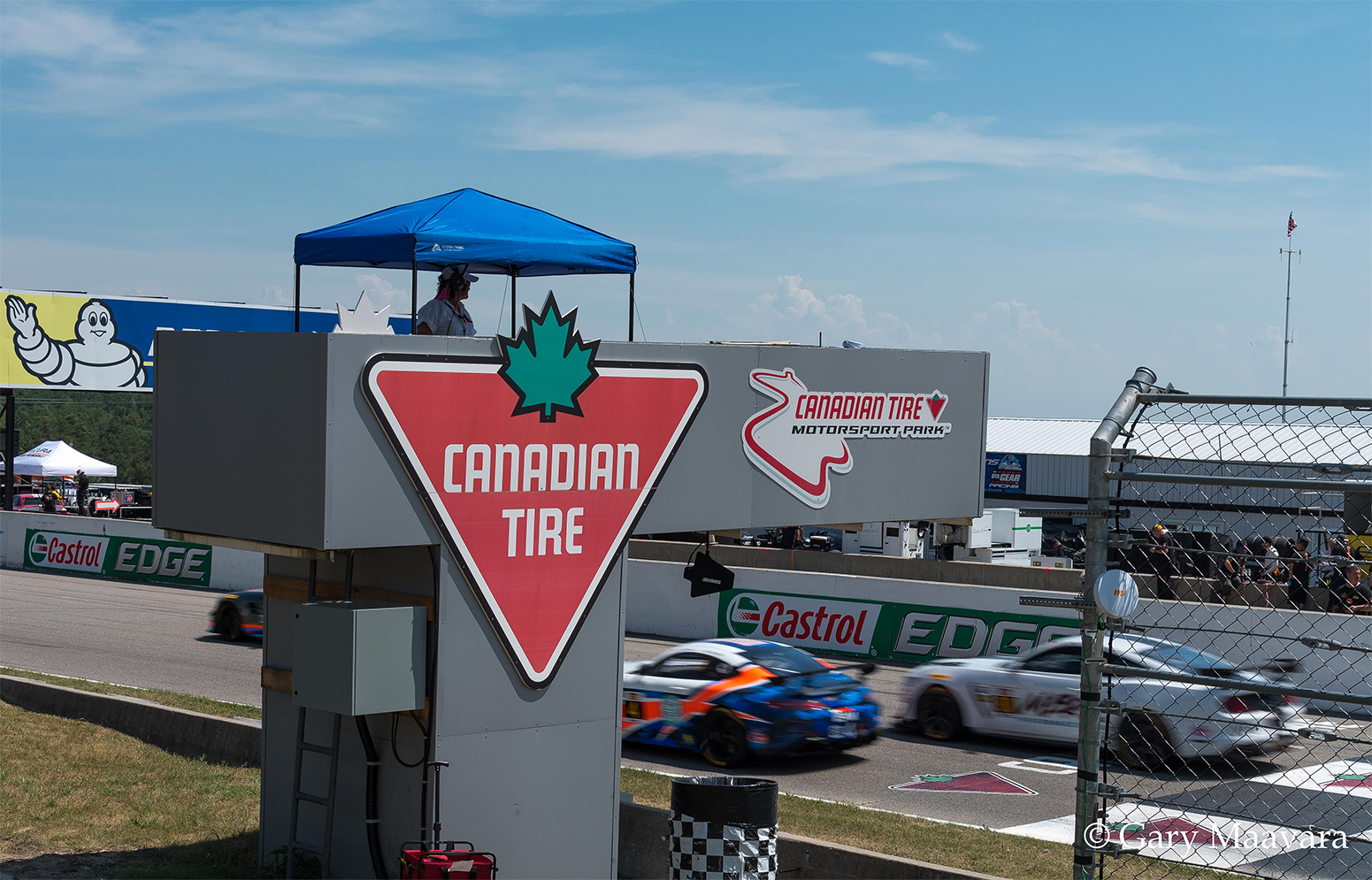 “You never stop believing,” said Richard Westbrook. “We really improved the car after first practice. It was a real handful. And at periods of times during the race, it was still a handful. We see stuff from the pickup. But when the guys gave me some clear track, I managed to clean up the tires and the pace wasn’t too bad. They just did a great call, so this goes to the team and my fantastic teammate giving us a fantastic chance putting it on the front row, which was definitely over-achieving. It just gives us great confidence knowing we can win in this way. It’s just great to be part of.” 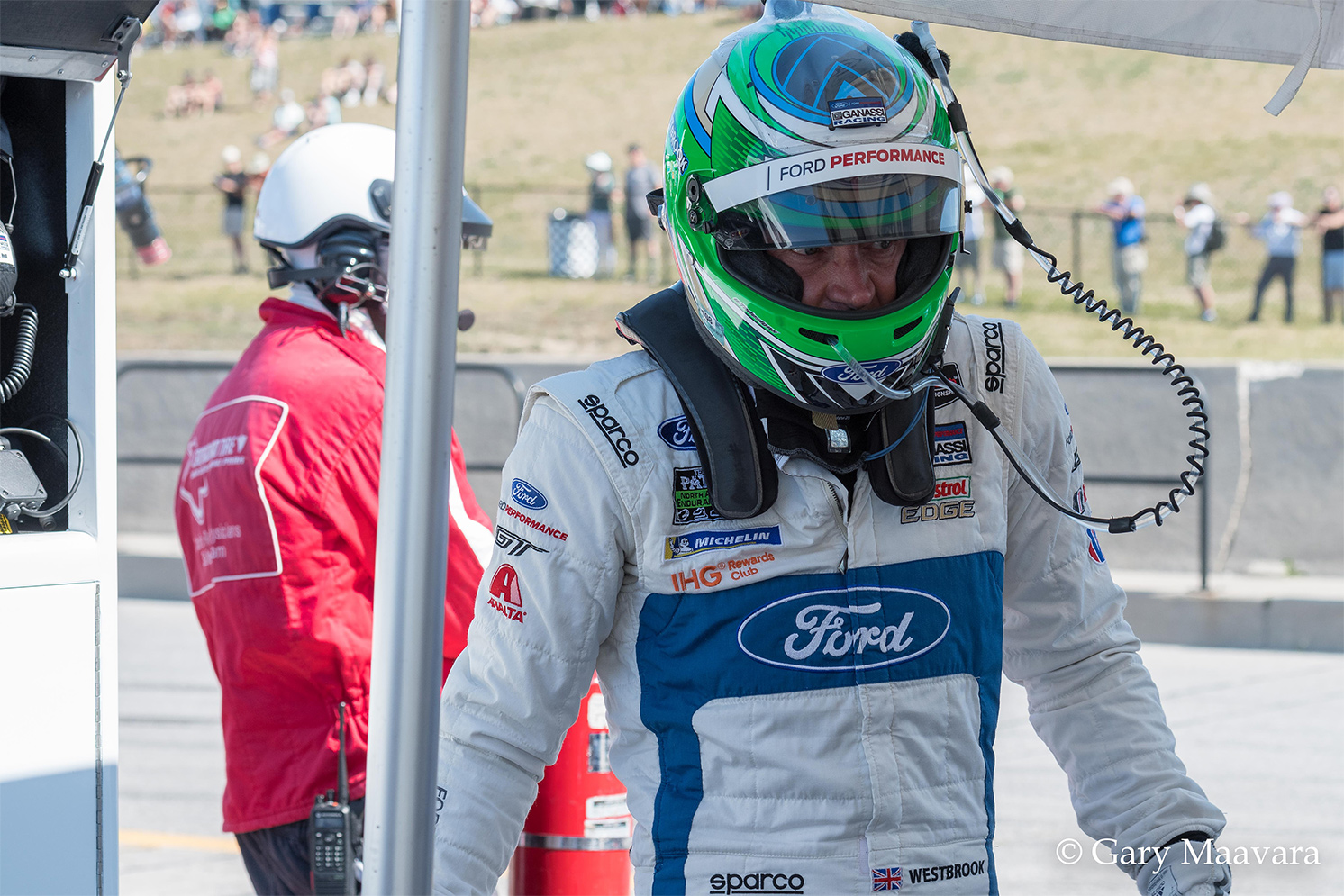 Mercedes took the top step of the podium in the GTD (GT Daytona) class. The driving team of Jeroen Bleekemolen (Netherlands) and Ben Keating (USA) won in their No. 33 Mercedes-AMG Team Riley Motorsports Mercedes-AMG GT3. 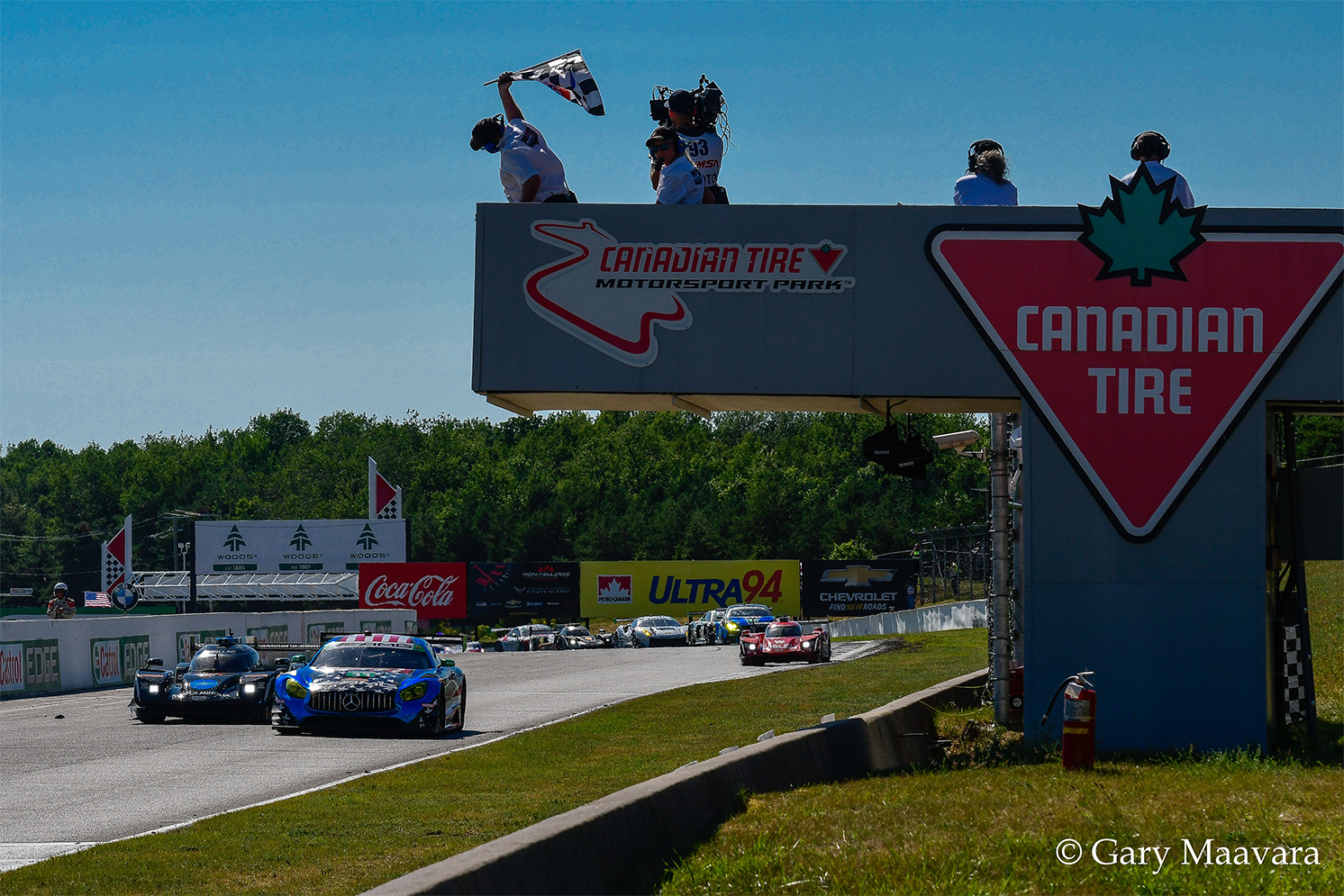 “I’m excited to be back in victory lane,” said Ben Keating. “It’s been over a year since we’ve had a win, so it’s nice to be back. We had a really good car today. We came out of the truck with this setup. We really hit it well. 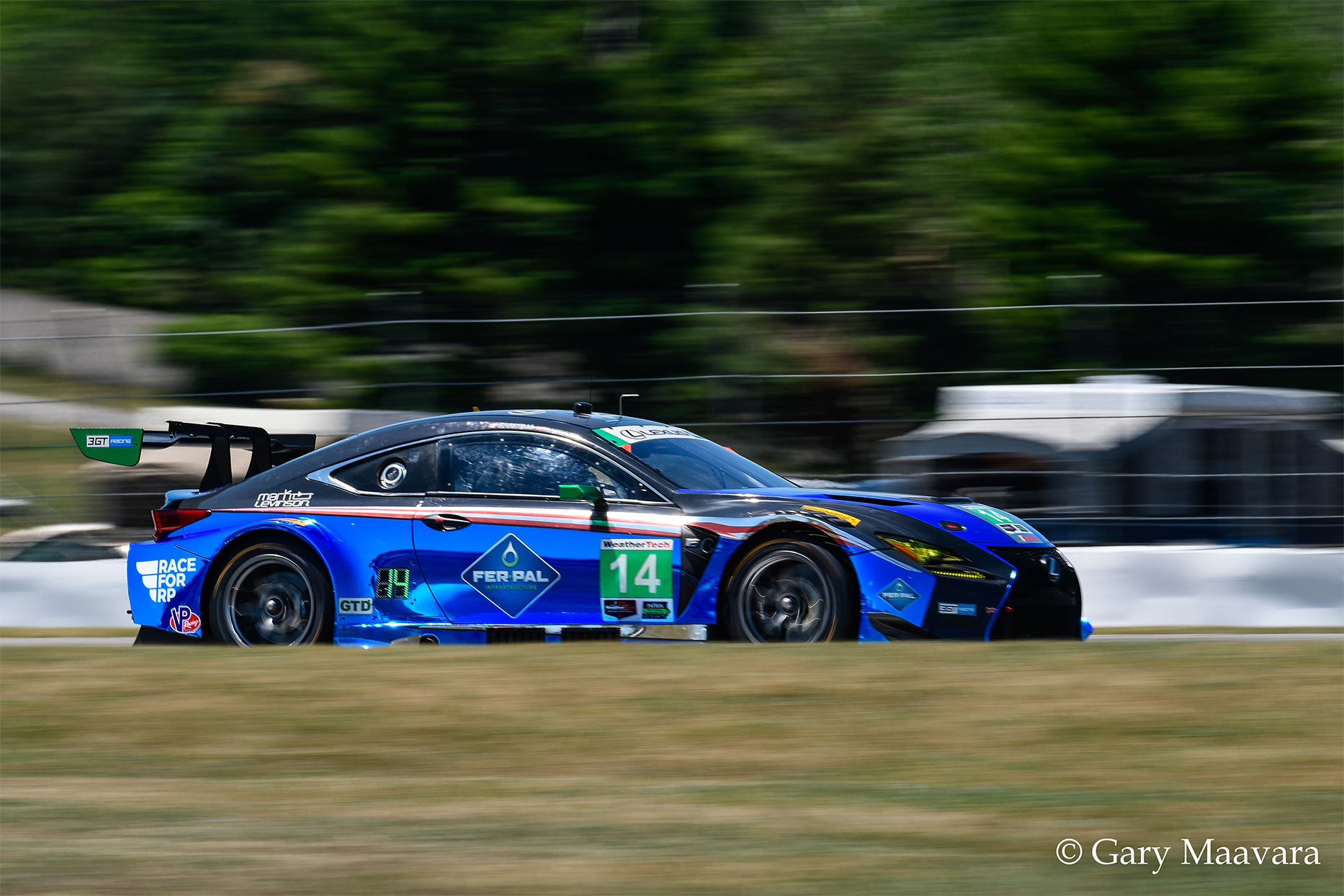 “The Lexus was struggling a little more than I was,” said Jeroen Bleekemolen. “We were fighting and I got a little bit of a gap, and then we tried to keep it and just bring it home. (Marcelli) had a little slide going through Turn 9. I tried for Turn 10, I got inside of him there. He gave me the space, so I took it.” 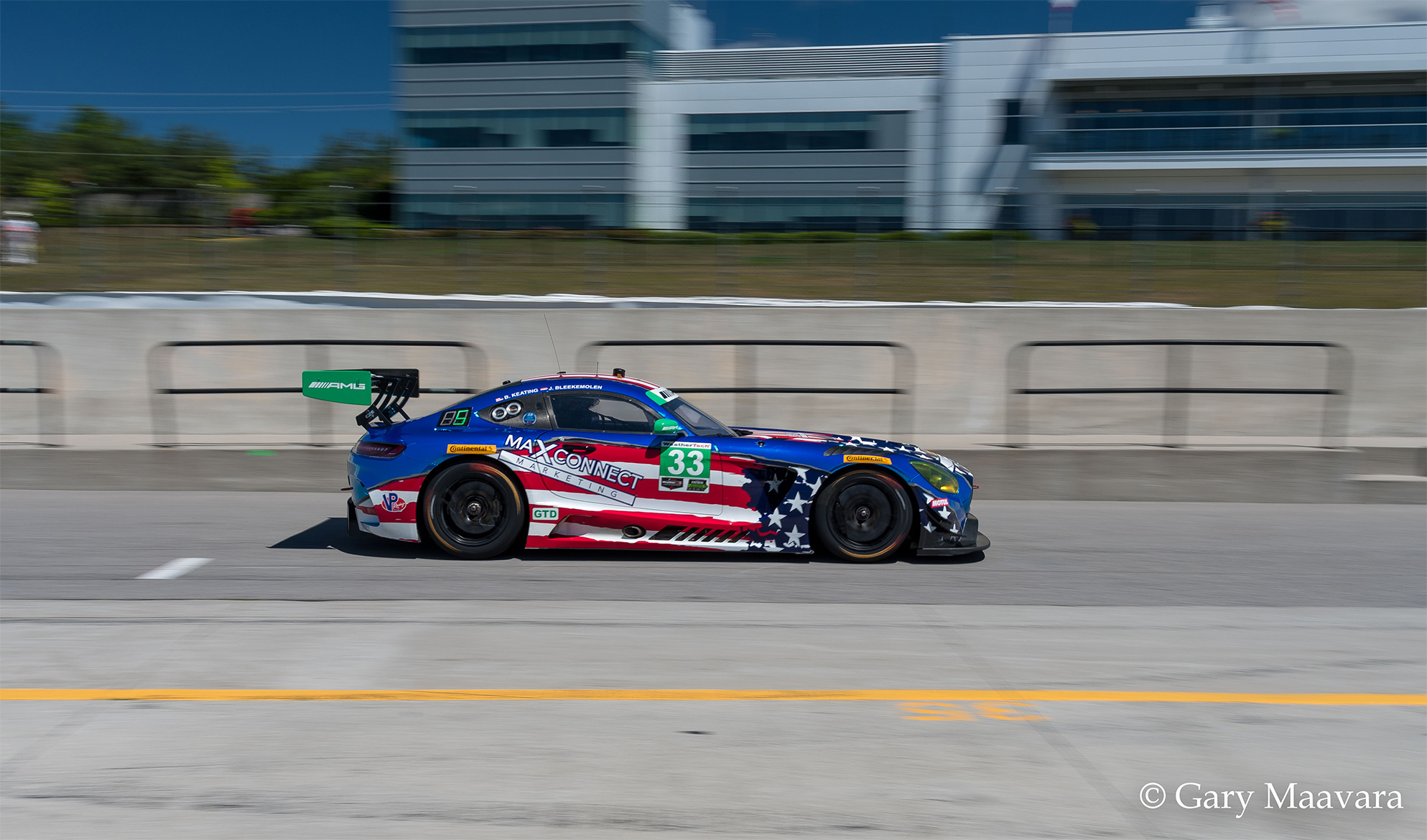 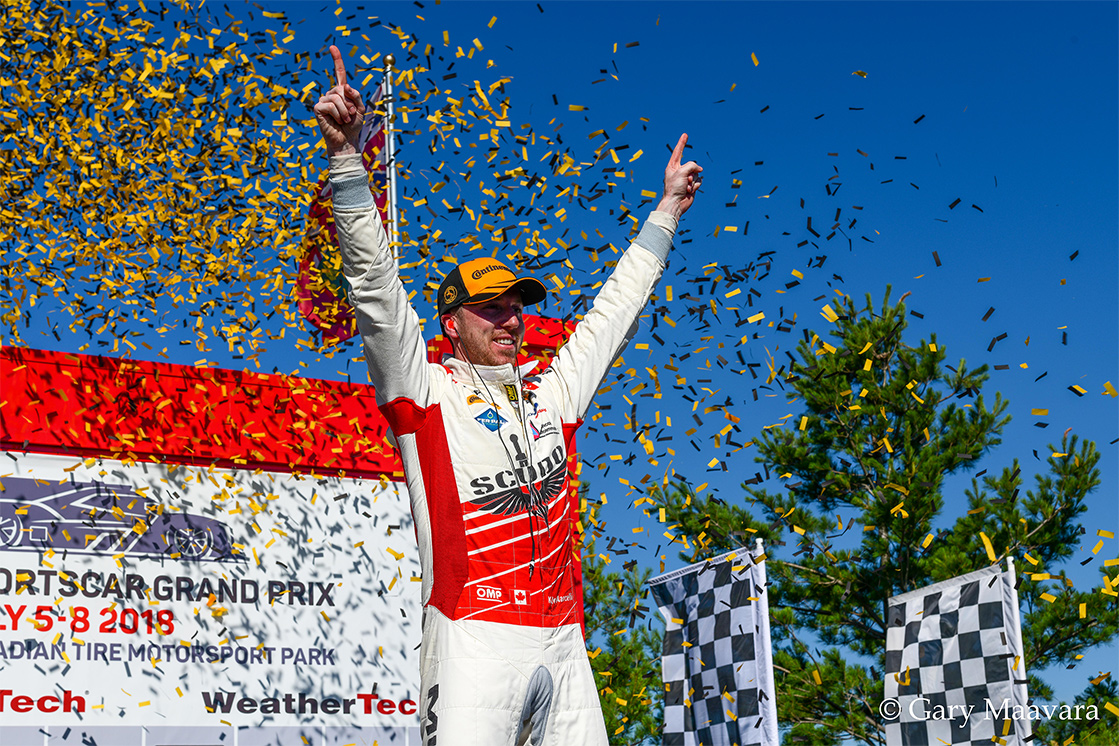 “Of course, we’re competitors and we want to win and it’s a good thing when you’re upset with second,” said Kyle Marcelli. “We had a fast car, but we really struggled at the end of the stint with our rear tire and we knew that, so we did not need the yellows. I needed it to stay green.” 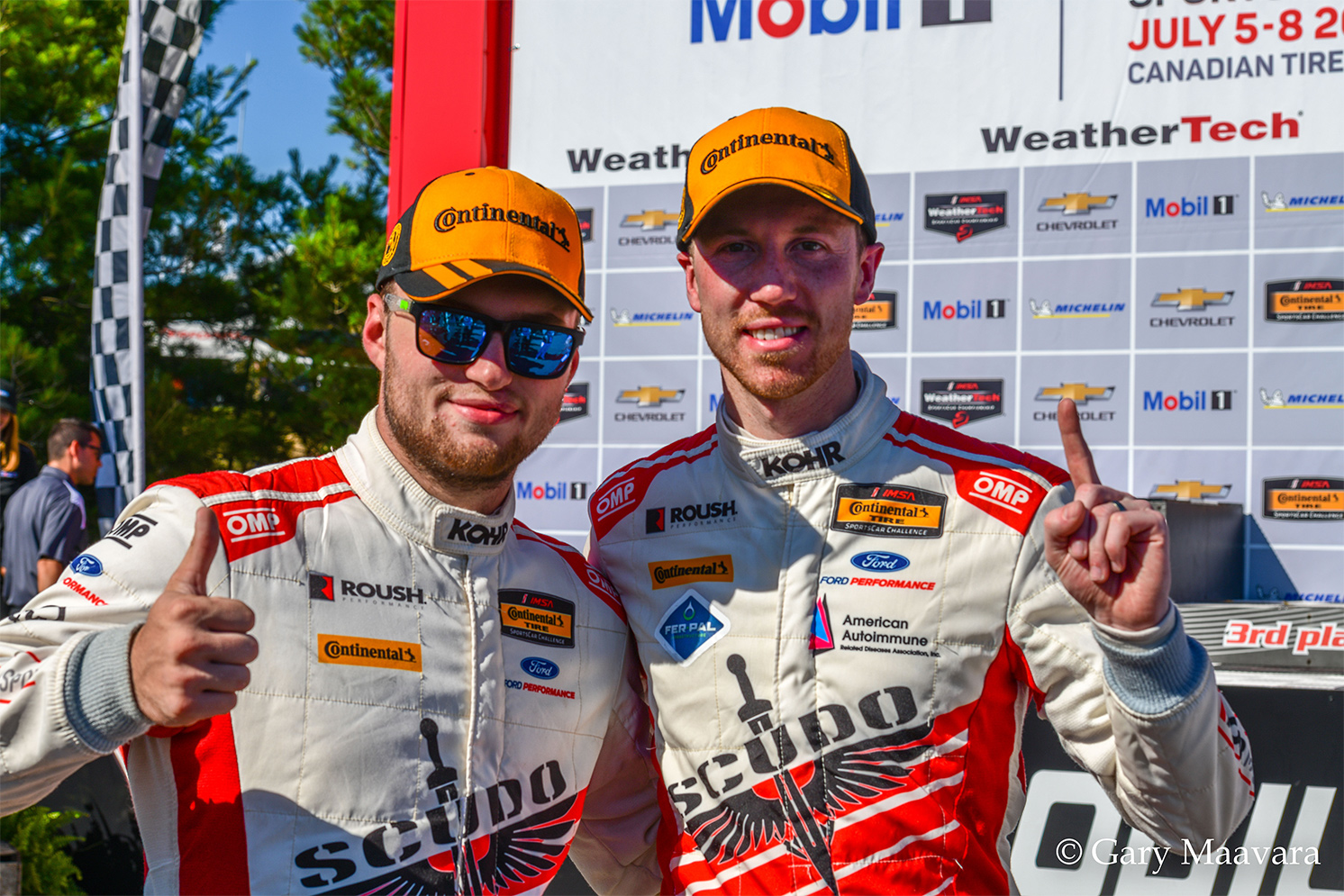 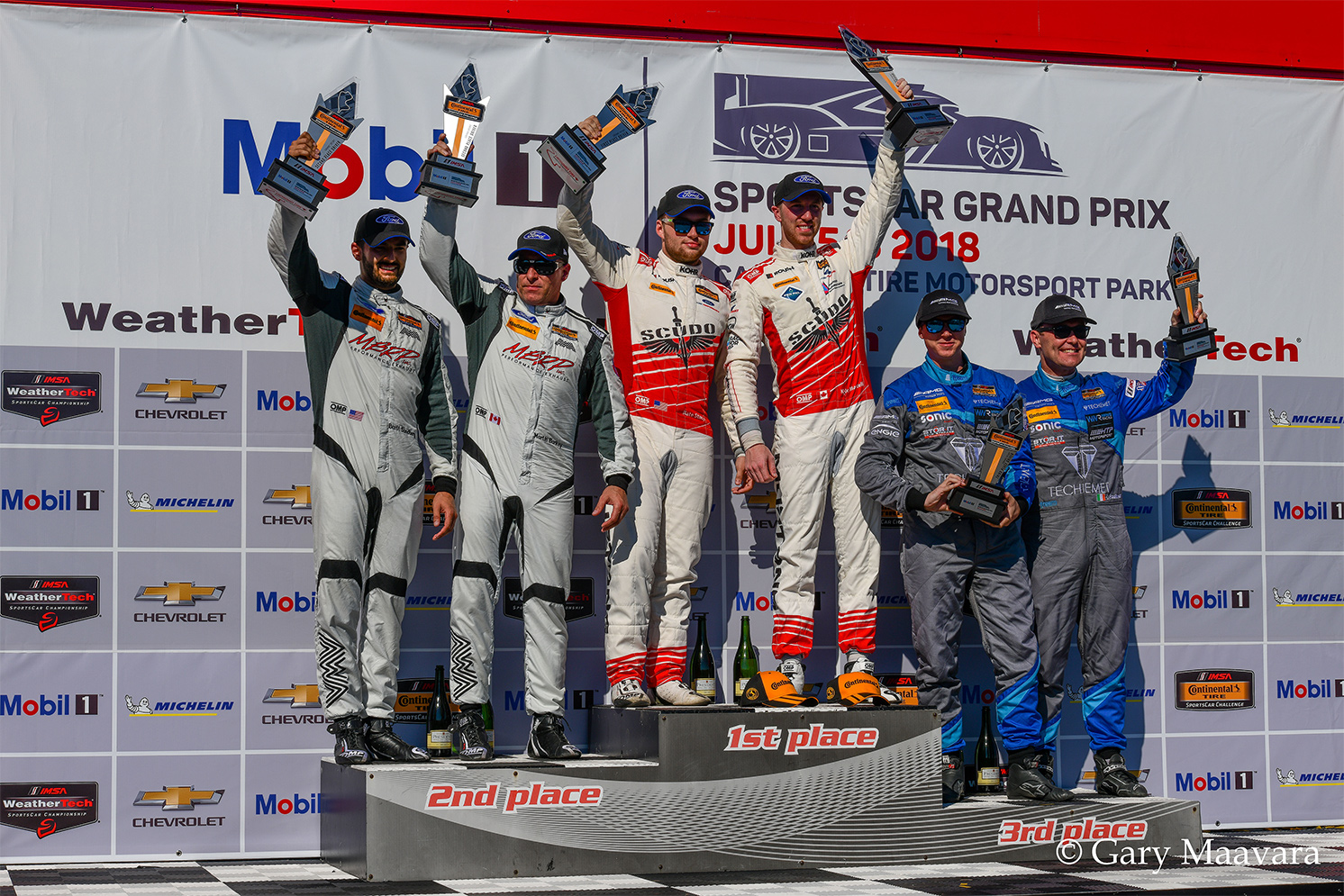 “My stint was quite stressful,” said Marcelli. “It was a miscommunication on the radio. When we got the full-course caution I was behind the safety car in Turn 8 and Dean Martin, our crew chief, asked me my opinion on if we should take fuel only. I was giving my answer through Turn 9 and as I released the radio button, he was yelling ‘Pit, pit, pit’ and I already missed the pit entry. I was kicking myself in the butt after that, and it just became a fuel conservation race for us. I just went to the fuel used page on the dash and called in the number every lap. We were basically using the gearbox to slow the car down. It paid off, we ended up saving about two and a half laps of fuel and I was able to win.” 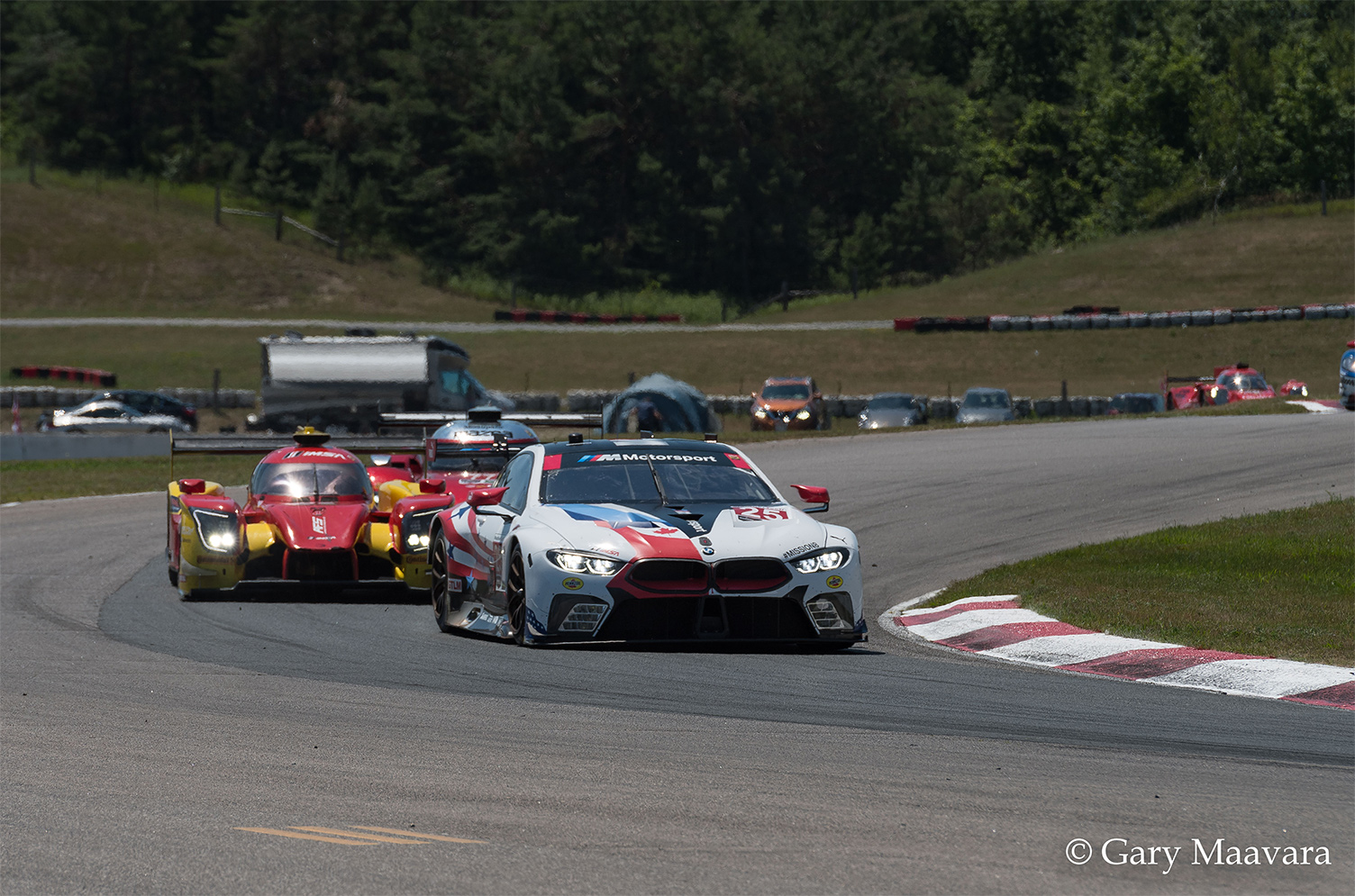 “For Compass Racing to win here at home, I think [Team Owner] Karl (Thompson) was super, super happy,” said Casey, Jr. “We have a lot of Canadians on the team, so coming into the weekend it was a home field advantage. There was a different vibe around the weekend for sure, coming in locally, so that was definitely an advantage on our part.” 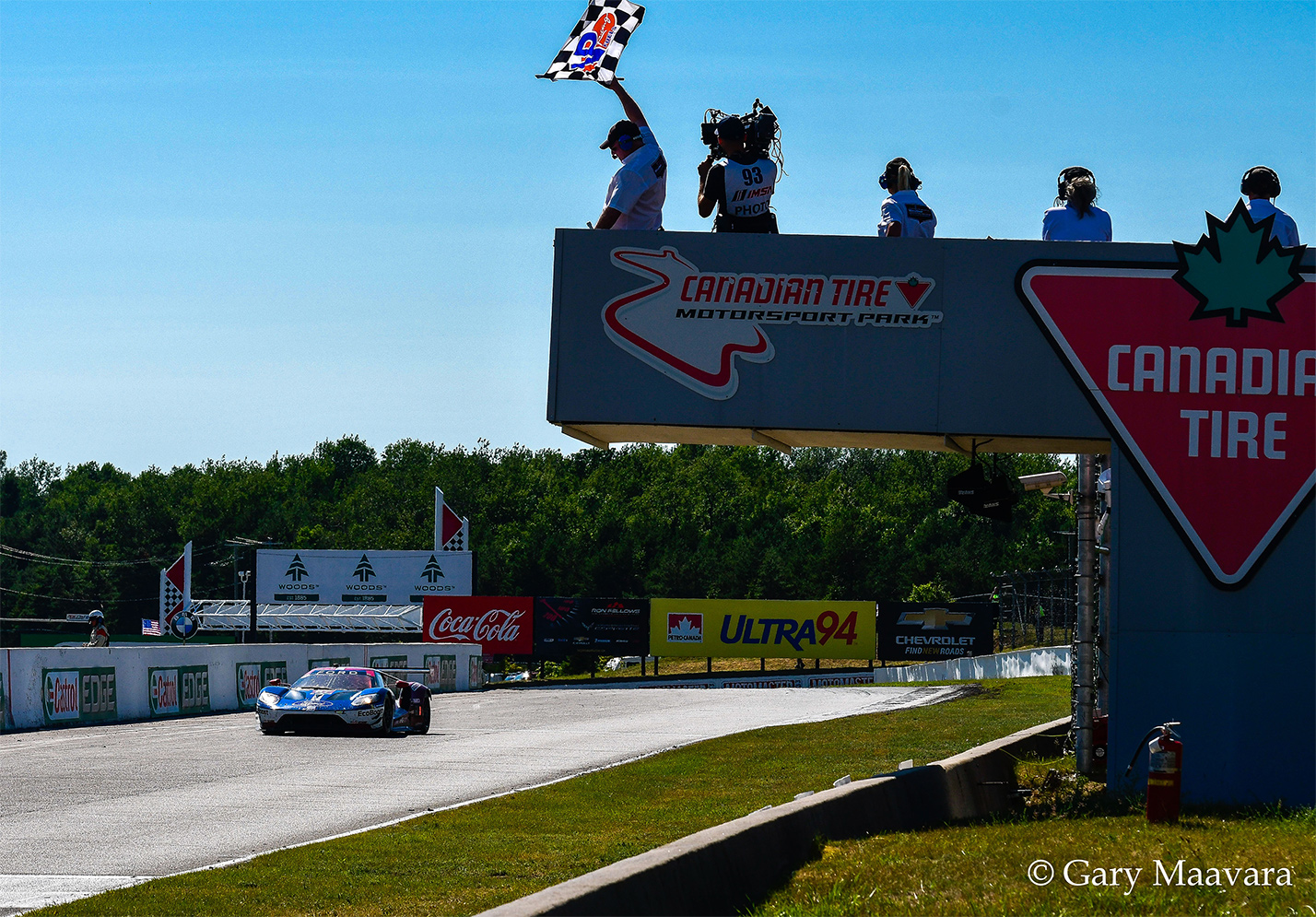 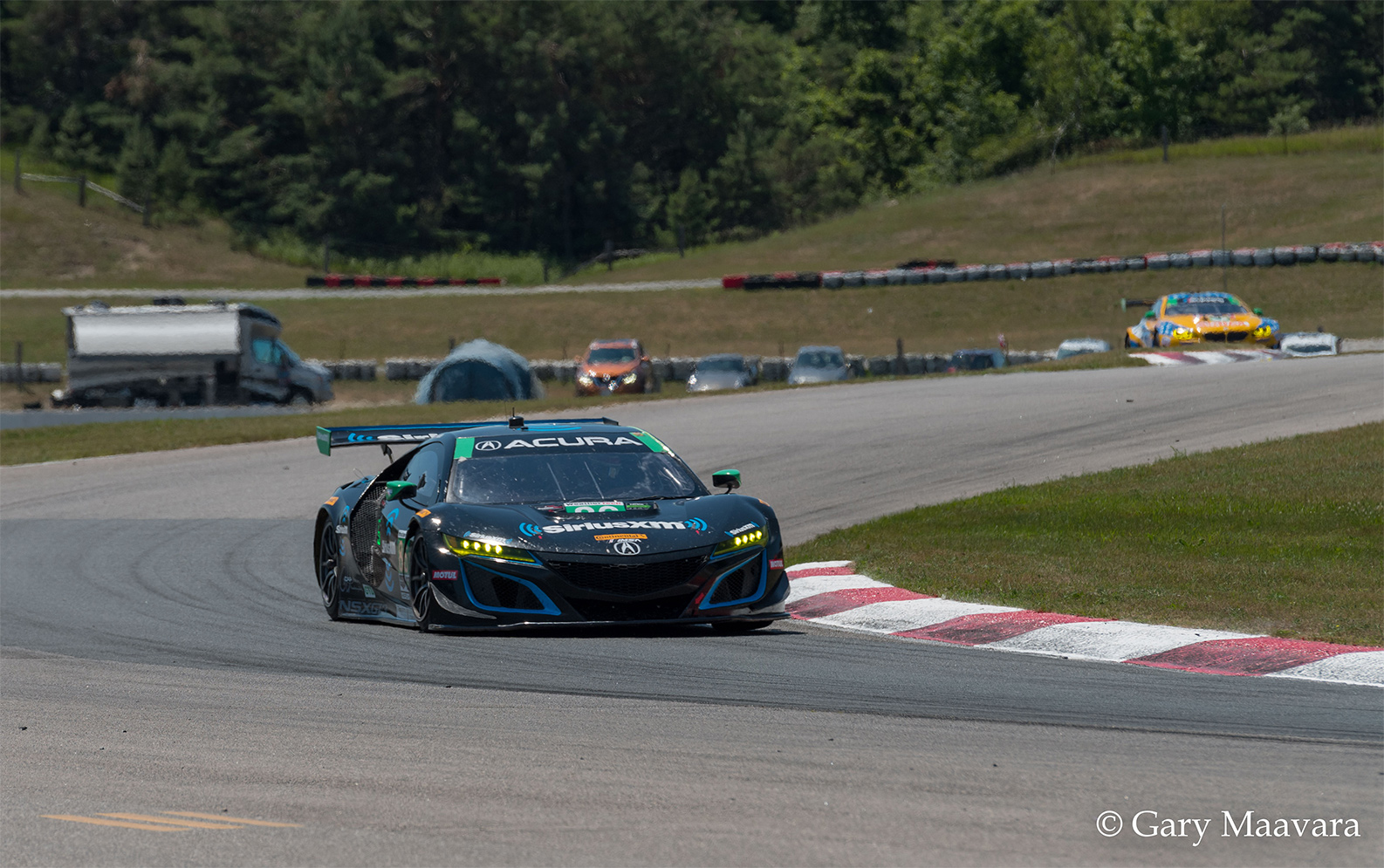 Complete race results can be found at the IMSA website. The next race for both series takes place July 21st at Lime Rock Park which is about 80 kms north-west of Hartford, Connecticut. The Lime Rock Park 120 Continental Tire race starts at 11:10 a.m. and the WeatherTech Northeast Grand Prix starts at 3:10 p.m. local time. 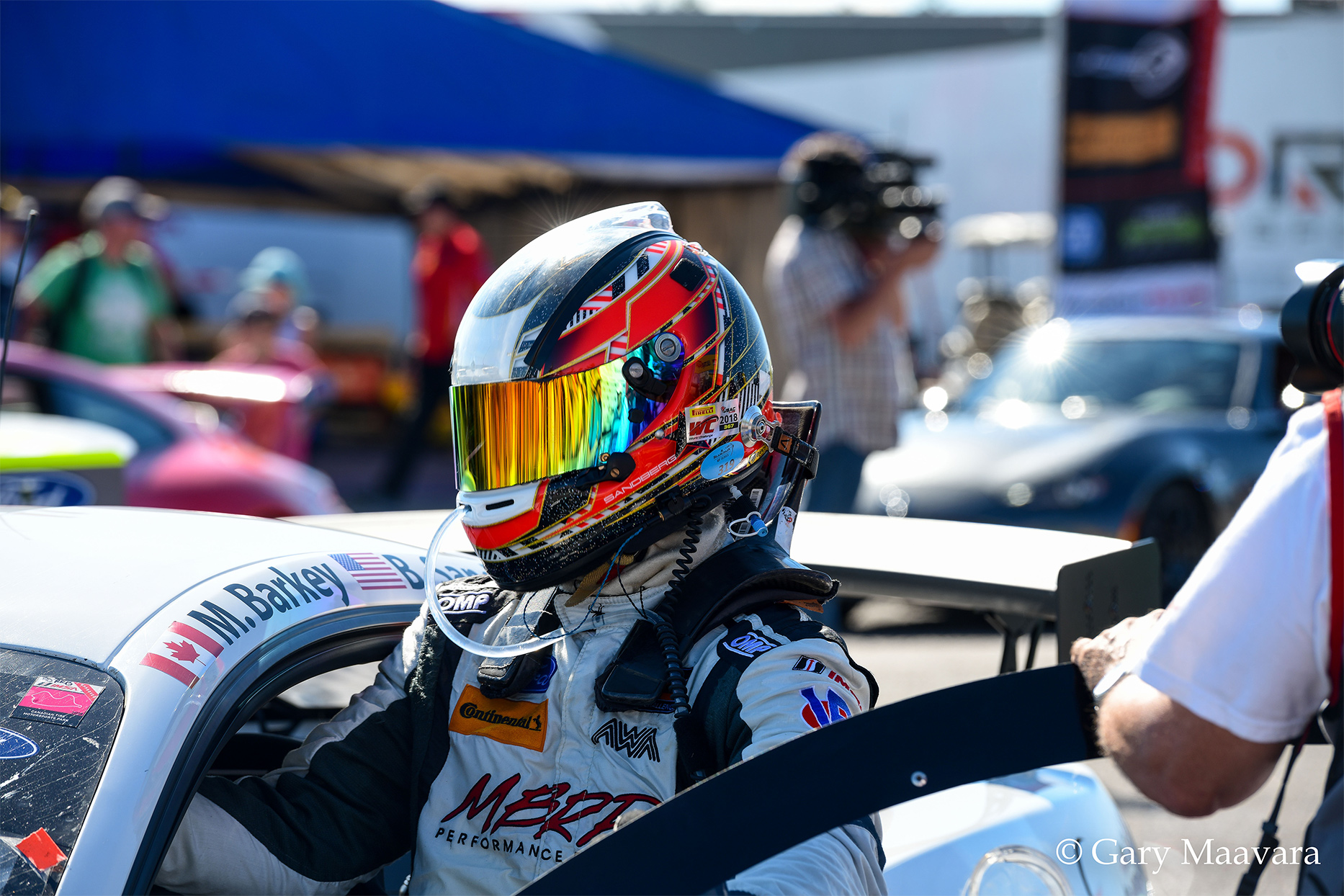