A record breaking all-electric Volkswagen and an extremely fast Nissan Leaf were unveiled at the 2019 Canadian International AutoShow. Both cars will be on display throughout the AutoShow which runs from Friday February 15 to Sunday February 24 at the Metro Toronto Convention Centre in downtown Toronto.

The Pikes Peak International Hill Climb, located 75 miles south of Denver, Colorado, covers 19.99 kilometers and 156 corners. Each driver has just one attempt to drive up the hill as quickly as possible. The 670 horsepower I.D. R Pikes Peak, which weighs about 2,400 pounds (1,100 kg), beat a field of conventionally powered and electric cars.

“We exceeded even our own high expectations with that result,” said driver Romain Dumas. “We have known that it was possible to break the all-time record. For it to come off, everything had to come together perfectly – from the technology to the driver. That everything ran so smoothly is an incredible feeling, and the new record on Pikes Peak is the icing on the cake. I still cannot believe that Volkswagen and my name are behind this incredible time. The I.D. R Pikes Peak is the most impressive car I have ever driven in competition. The electric drivetrain means that many things are different and I learned a lot during the project. The team did an indescribably meticulous, yet at the same time relaxed, job. I am incredibly proud to have been a part of it.” 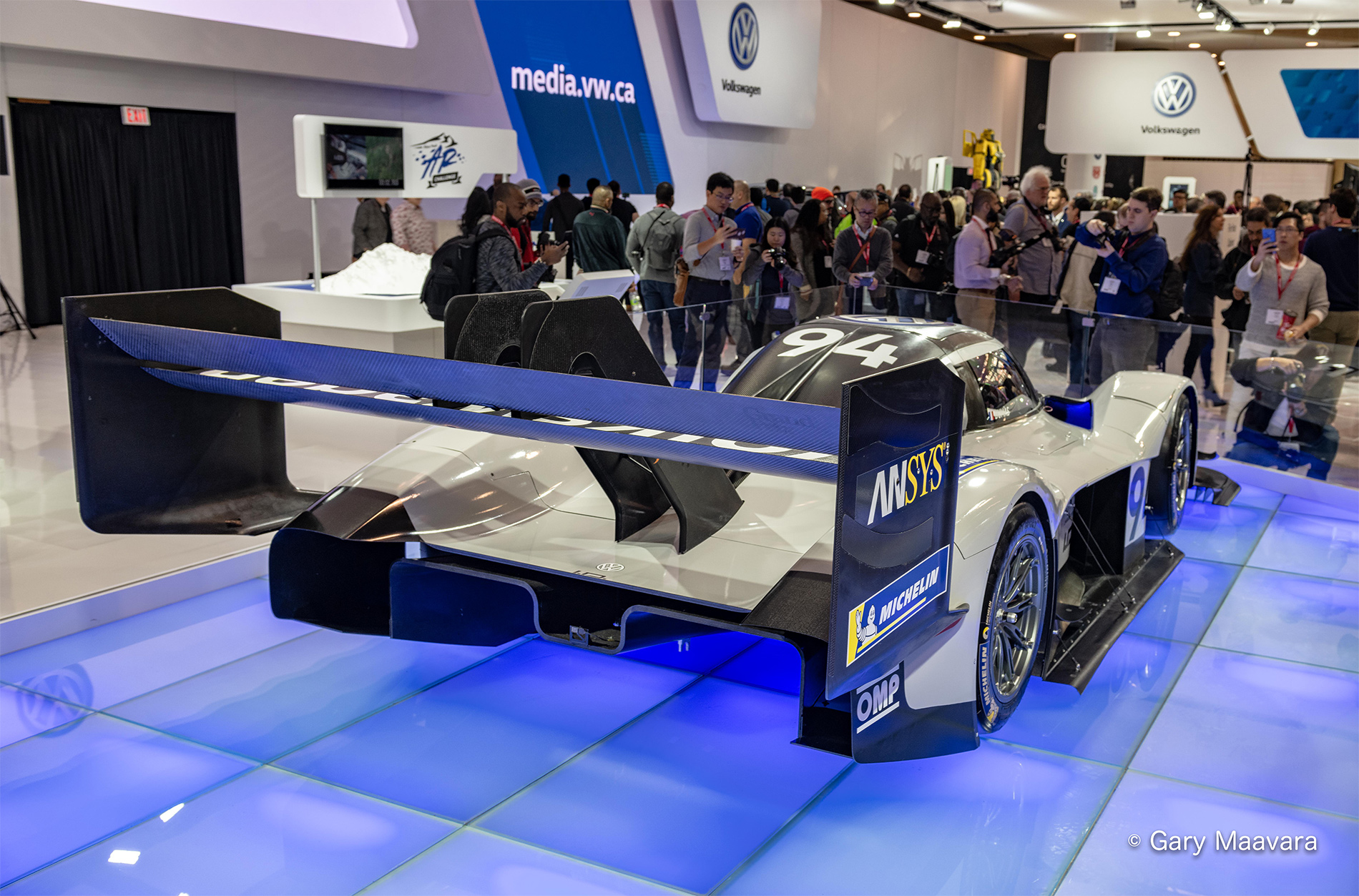 Nissan Canada unveiled their all-electric race car which race fans will be able to see in action on Canadian race tracks in 2019. The all-wheel-drive zero-emission Leaf NISMO RC was developed by Nissan’s racing arm, NISMO, with its race technology know-how. 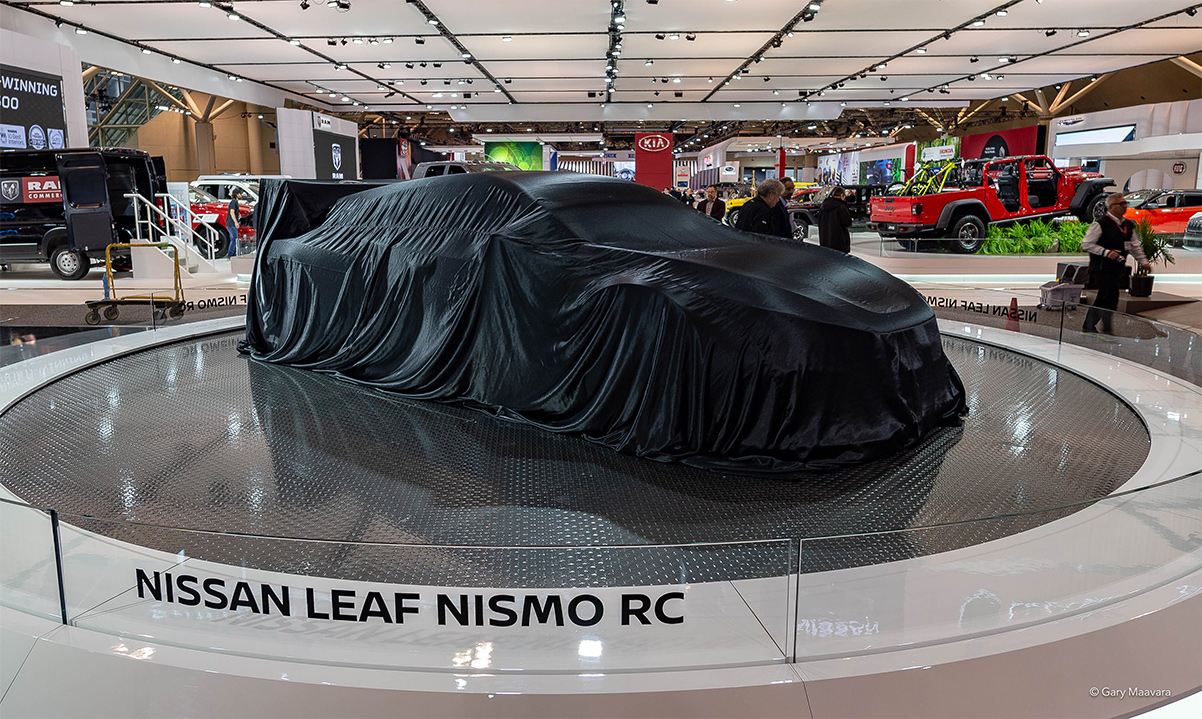 “The all-new Leaf NISMO RC shows how we’re setting our sights even higher when it comes to raw power and performance – making electric vehicles even more exciting for customers,” said Daniele Schillaci Nissan’s Executive Vice President and global head of marketing, sales and electric vehicles. “It’s our most thrilling expression yet of the philosophy of Nissan Intelligent Mobility.”

The Leaf NISMO RC is powered by two electric motors that produce a total of 322 horsepower and 472 lb-ft of torque. Drivetrain technology includes high-capacity lithium-ion battery and inverters. Power is delivered independently to each axle supplying torque to the wheel with the most grip. The car weighs in at just under 2,700 pounds and can accelerate from 0-100 km/h in 3.4 seconds. 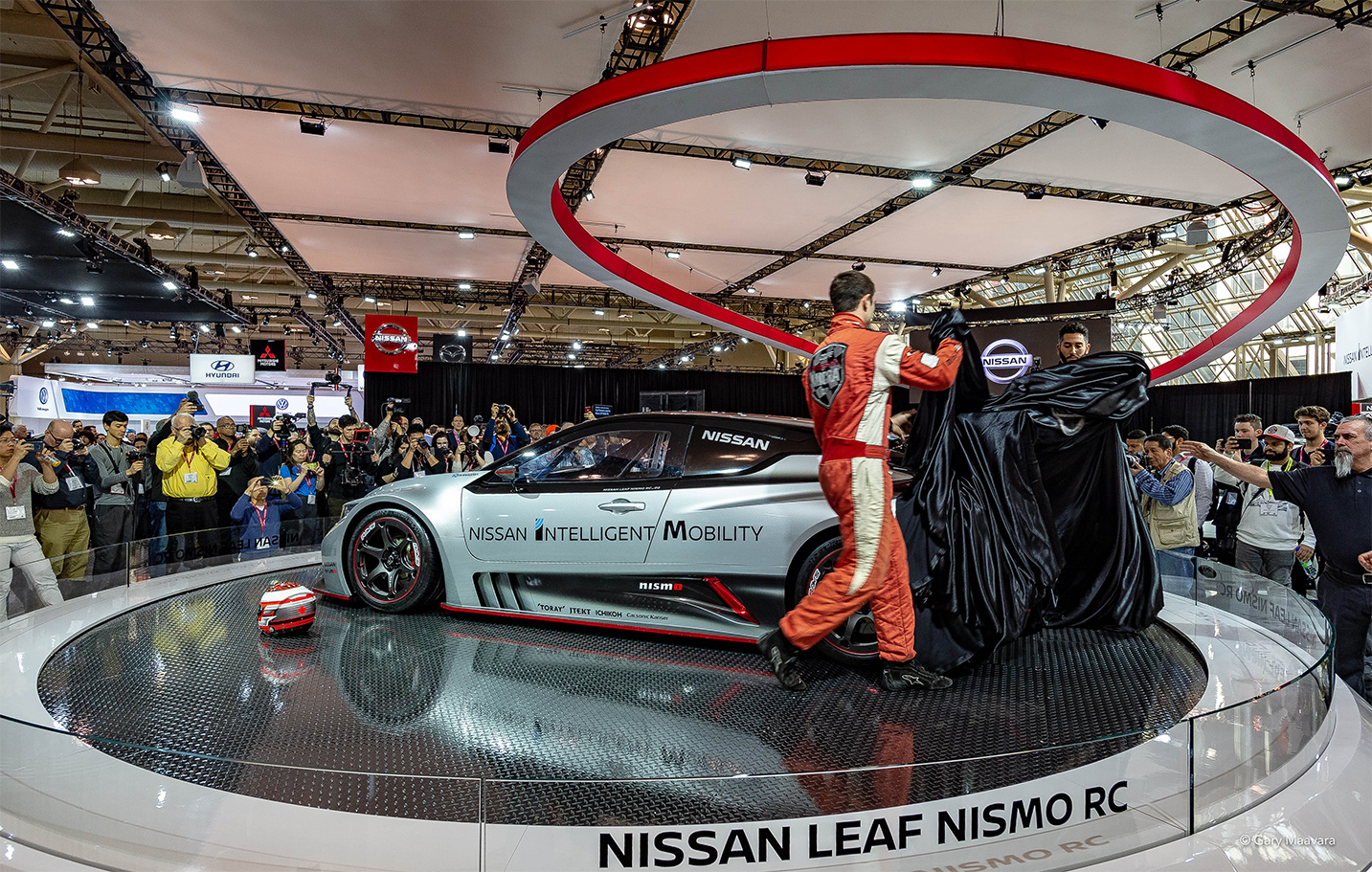 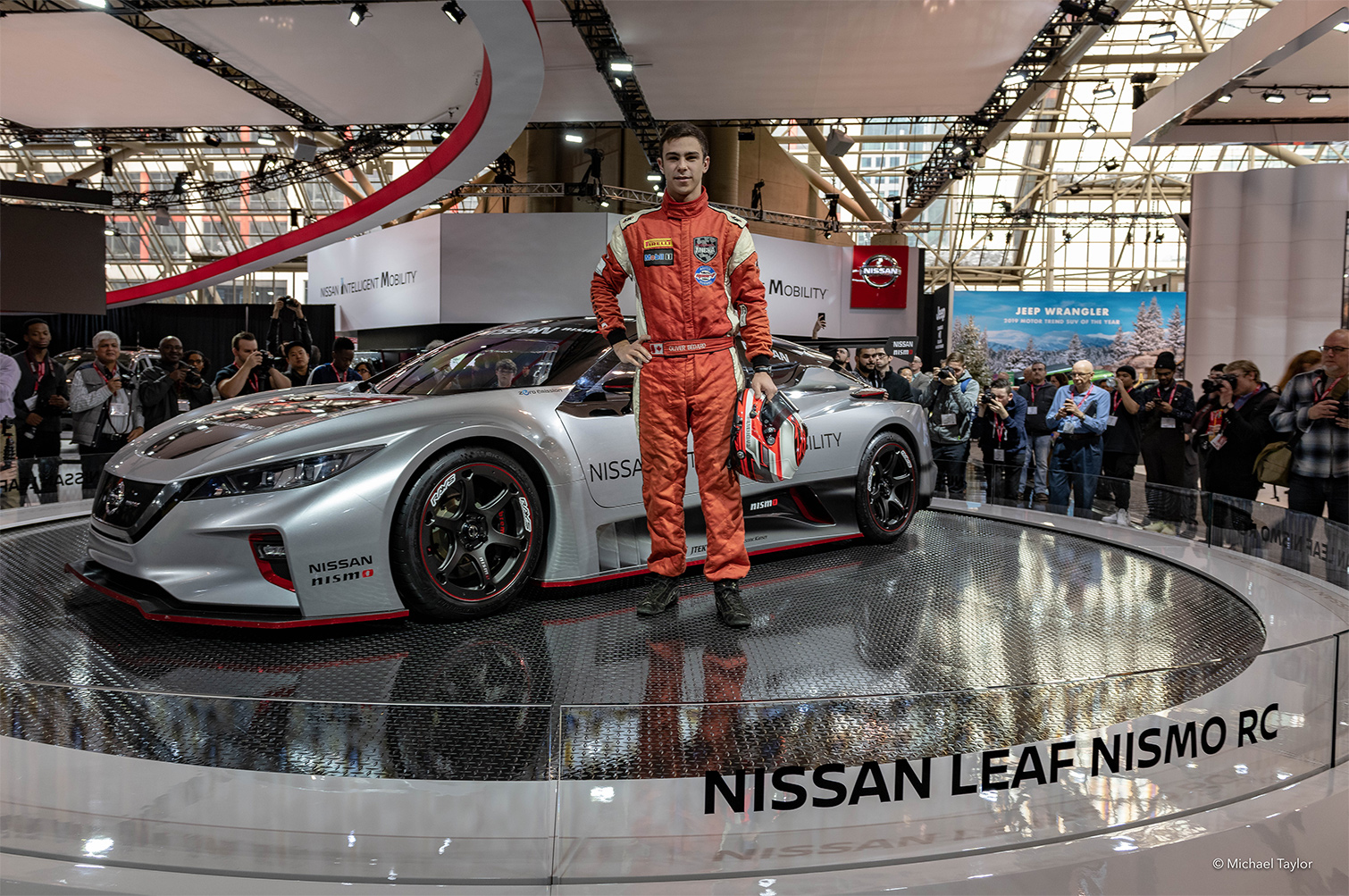