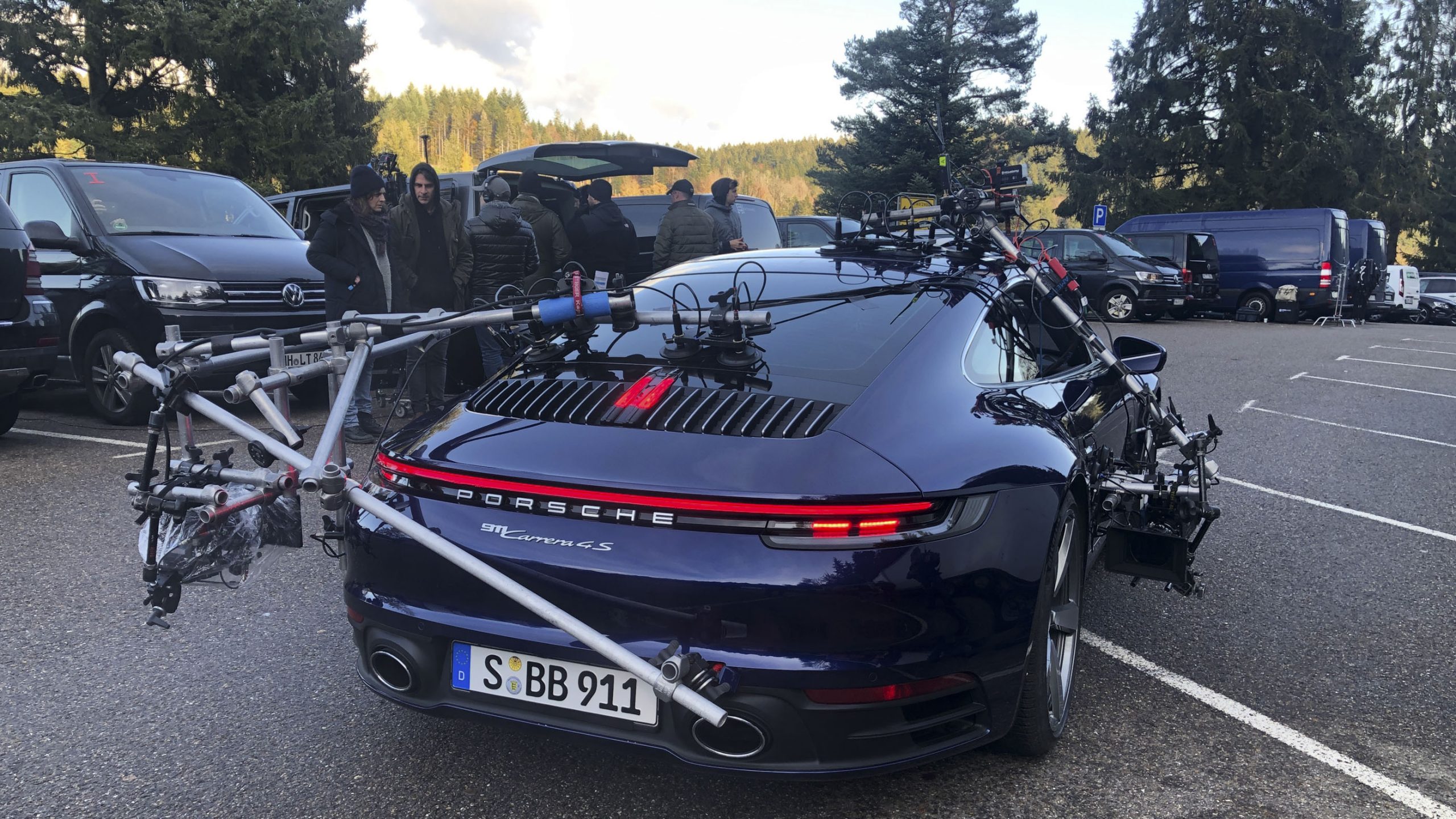 Porsche brought out ten of their most iconic cars to create an epic chase commercial for their 2020 Super Bowl spot. A team of 150 people worked on the production which ran for one minute during the Super Bowl telecast, and two and a half minutes in its full duration. It is the second time in the company’s history that Porsche has produced a commercial for the Super Bowl.

The focus of the ad, entitled The Heist, is the all-new fully electric Porsche Taycan, as it tries to elude eight of its iconic road car and race car siblings, and a tractor. Many of the cars shown are part of the Porsche Museum collection, which meant their preparation and handling during filming was a key part of the project. 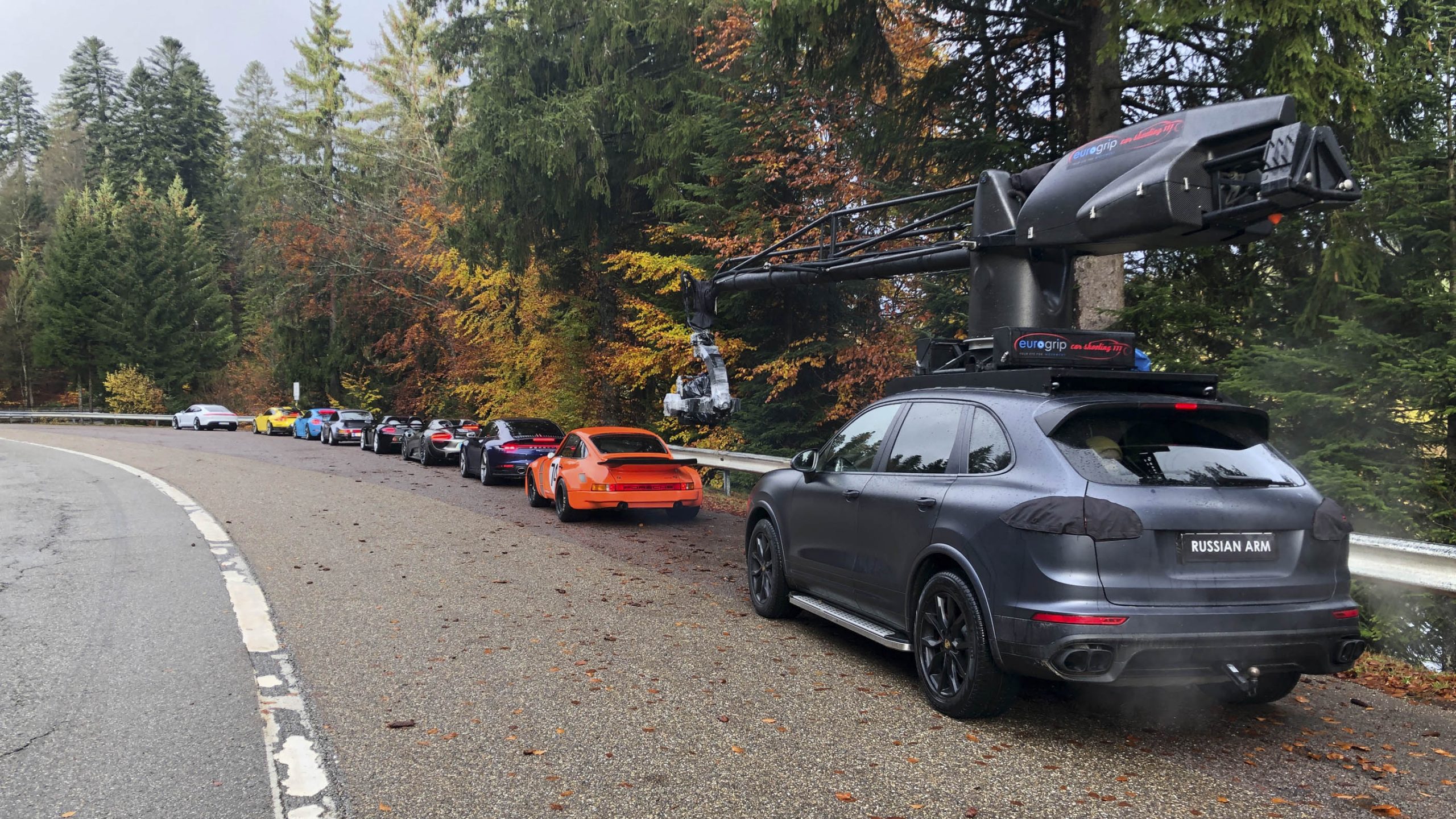 “We have a lot of experience preparing historic vehicles for all kinds of operations but driving a 917 through the centre of Stuttgart, at night, was a first even for us,” said Alexander Klein, Head of Vehicle Management and Heritage Experience at the Porsche Museum. “When we travelled to the location in the Black Forest the roads were covered in snow, and stayed that way until the evening before the shoot. Fortunately, we were prepared and had different tire profiles and compounds with us, especially for the racing cars. We did not make any technical changes to the museum vehicles though.” 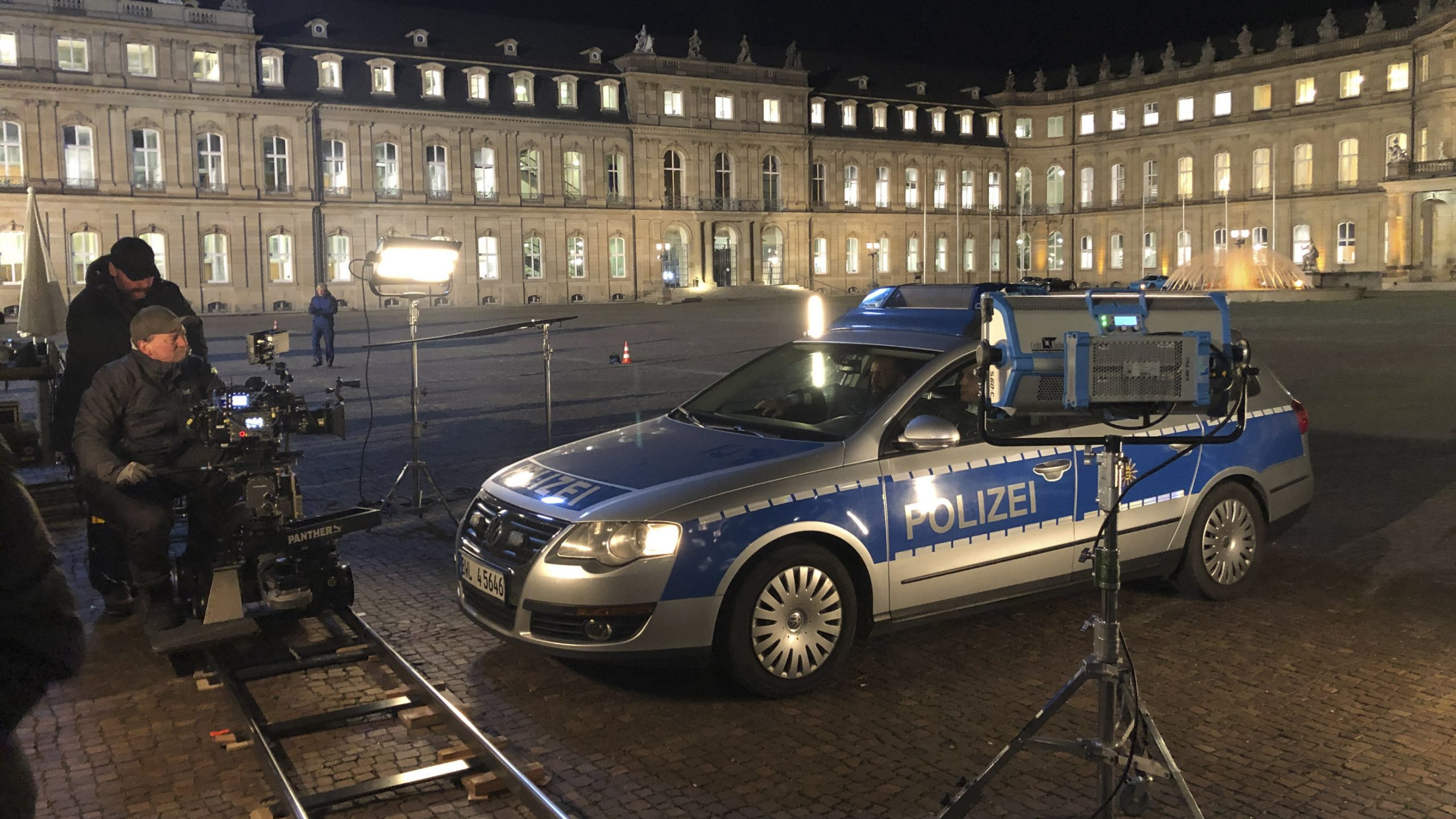 Shooting took place at five different locations in and around Porsche’s home in Zuffenhausen, Germany, at the end of November. After the opening scenes inside the Porsche Museum, the team of precision drivers race around the famous Porsche roundabout in Zuffenhausen and along the inner city streets of Stuttgart, Heidelberg, Heppenheim and over the Schwarzenbachtalsperre dam in the northern black forest. One of the drivers, Harald Müller, held the World Record for drifting, while Porsche factory driver Lars Kern was behind the wheel of the iconic Porsche 917 K. 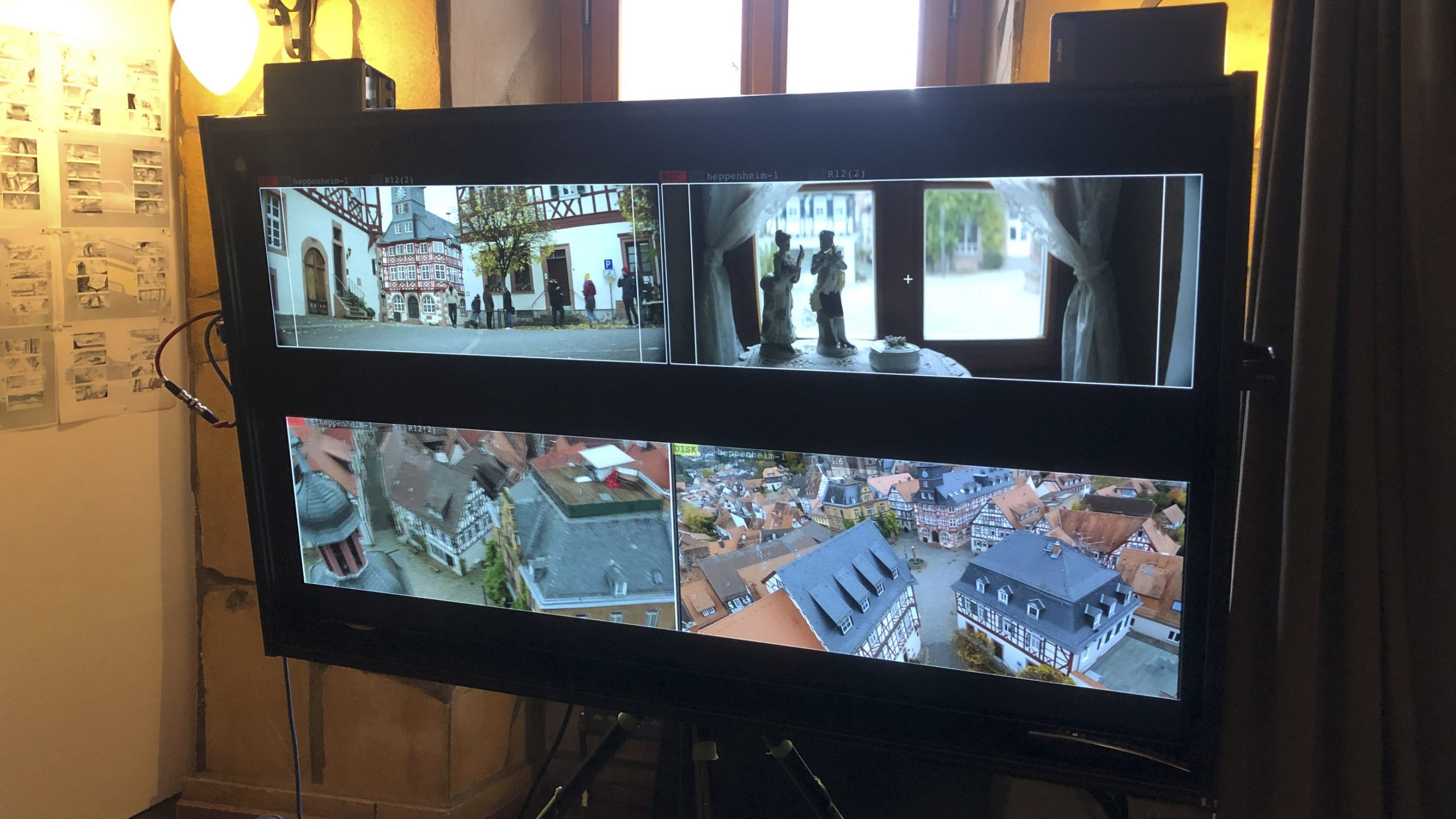 The ad was directed by Wayne McClammy, an internationally renowned commercial director. At points during the shoot he was using four cameras at the same time, and a Cayenne was fitted with a Russian Arm: a roof-mounted camera crane. Two drones, including one with a top speed of 160 km per hour, picked up the aerial shots.

The TV commercial is part of Porsche’s global marketing campaign for the Taycan and it will play at cinemas across the US and beyond, following its official debut at the Super Bowl. 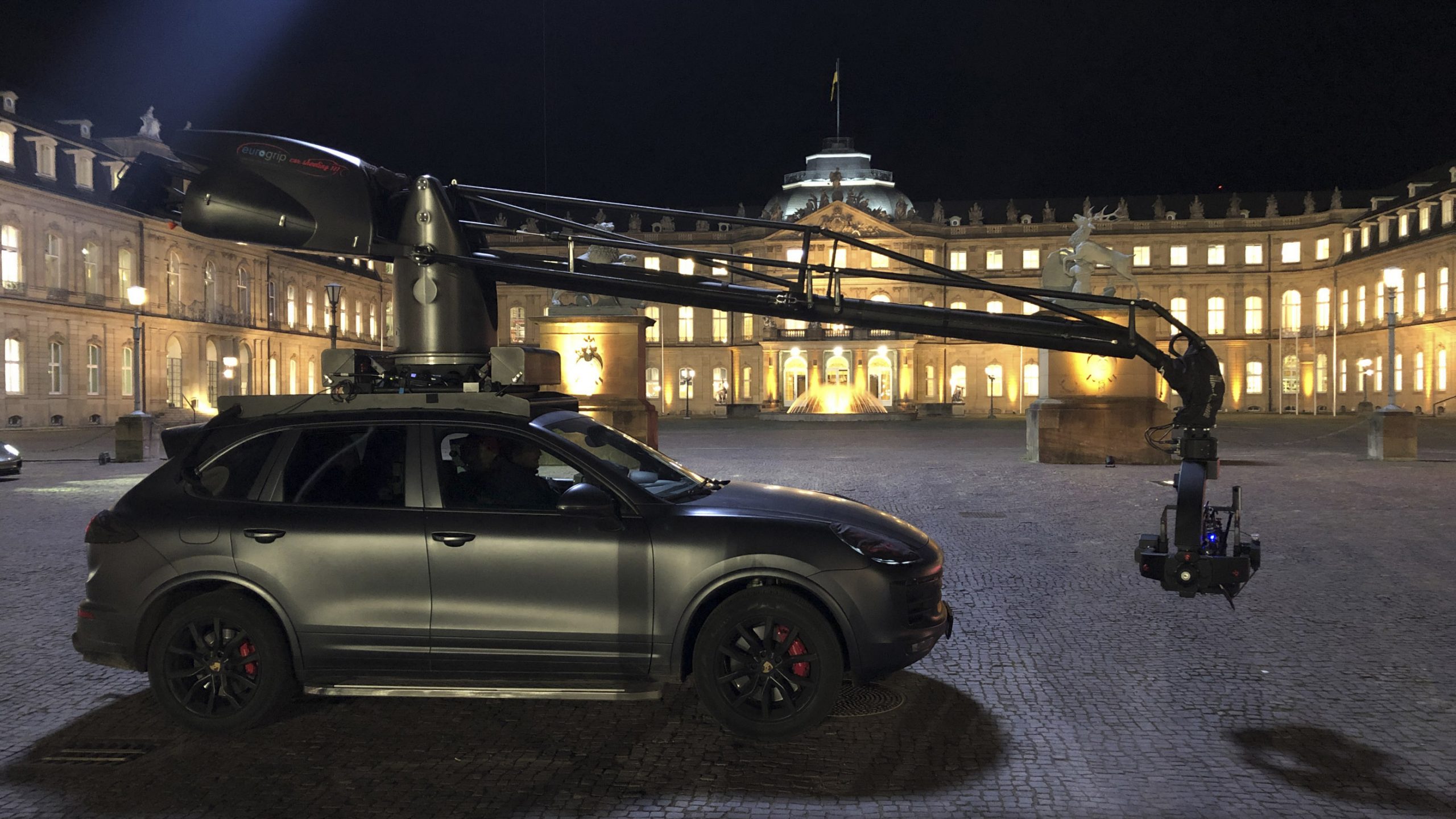