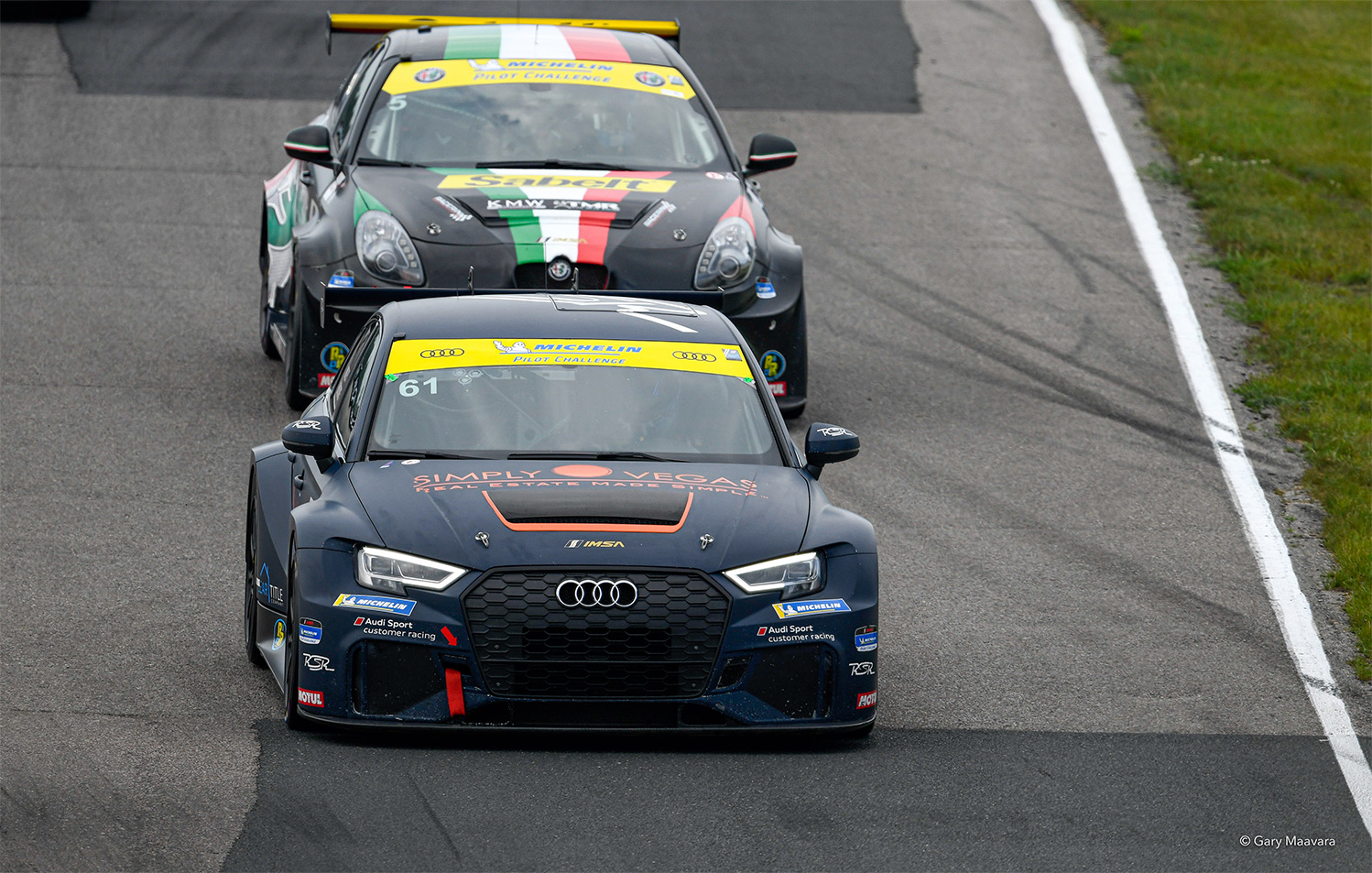 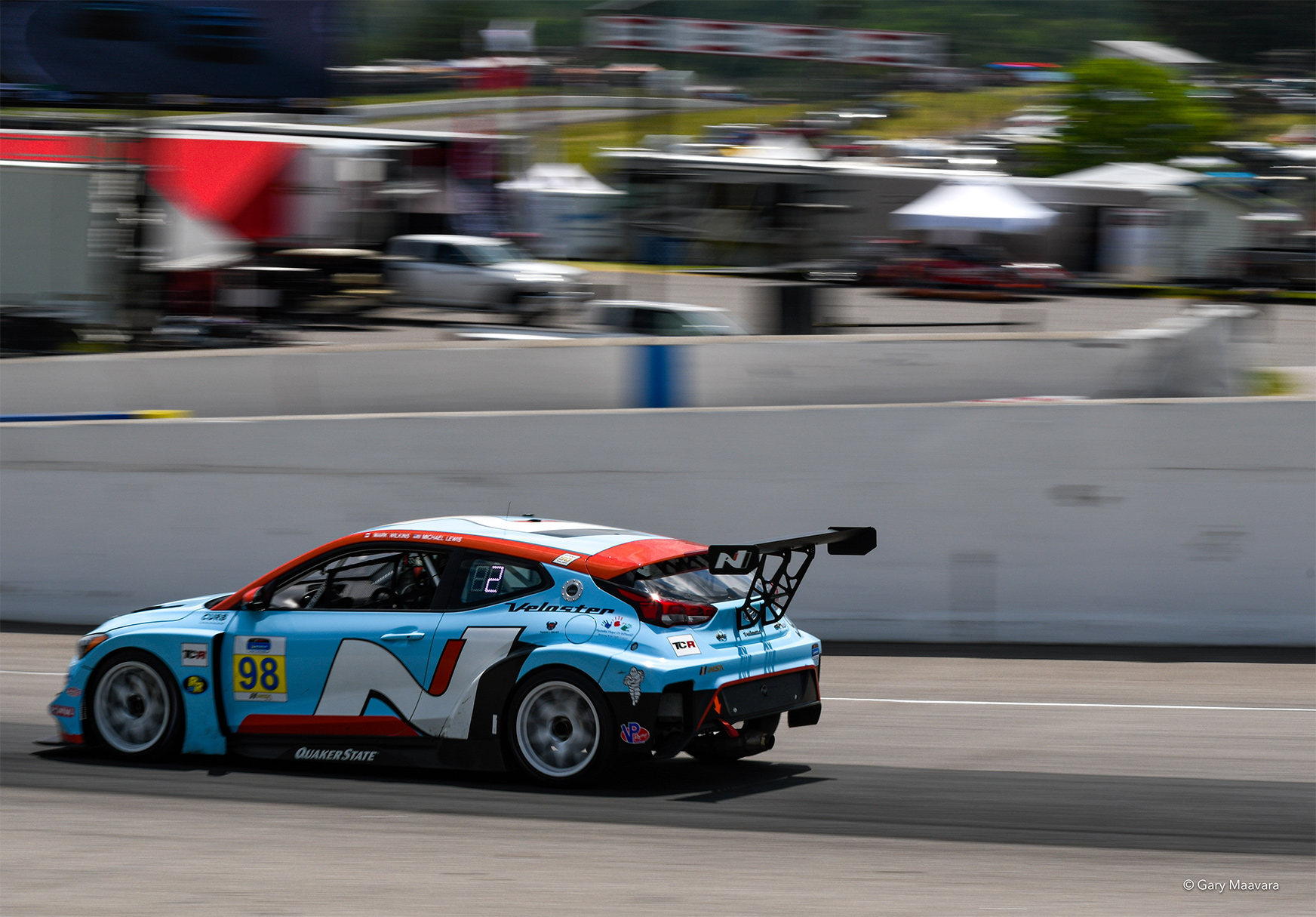 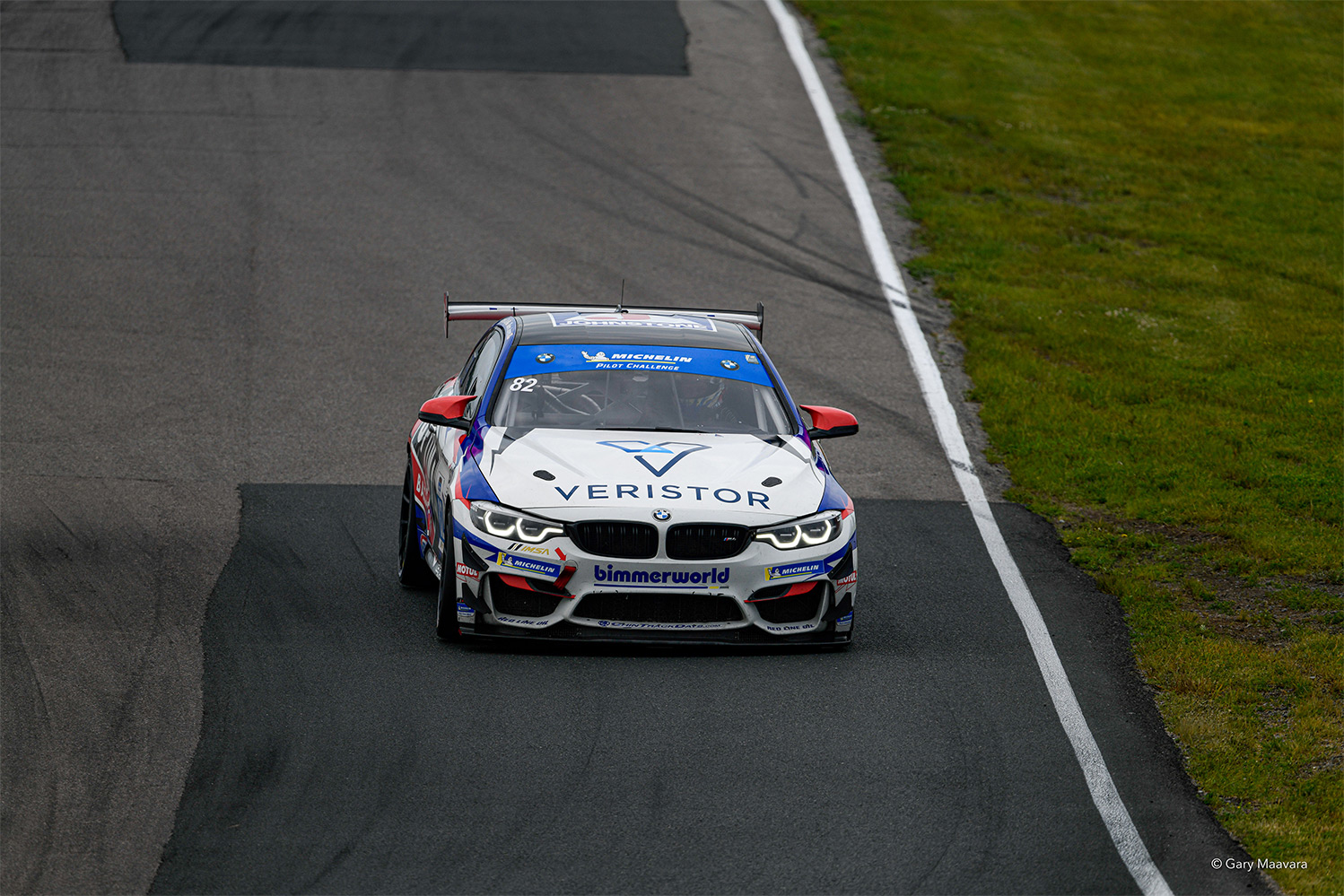 “To finally get here, and with Frank especially, in his first season – he’s had a very difficult start to the season, as I’m sure you’ve seen, and that puts a lot of pressure on him,” said Liddell. “But he’s a true sportsman and he’s a team player. I think you saw the results of those efforts. But without these guys, we wouldn’t have a series, especially in this championship, so we need to look after these guys and we need to give credit where credit’s due. Hats off to him, because he’s done a mega job.” 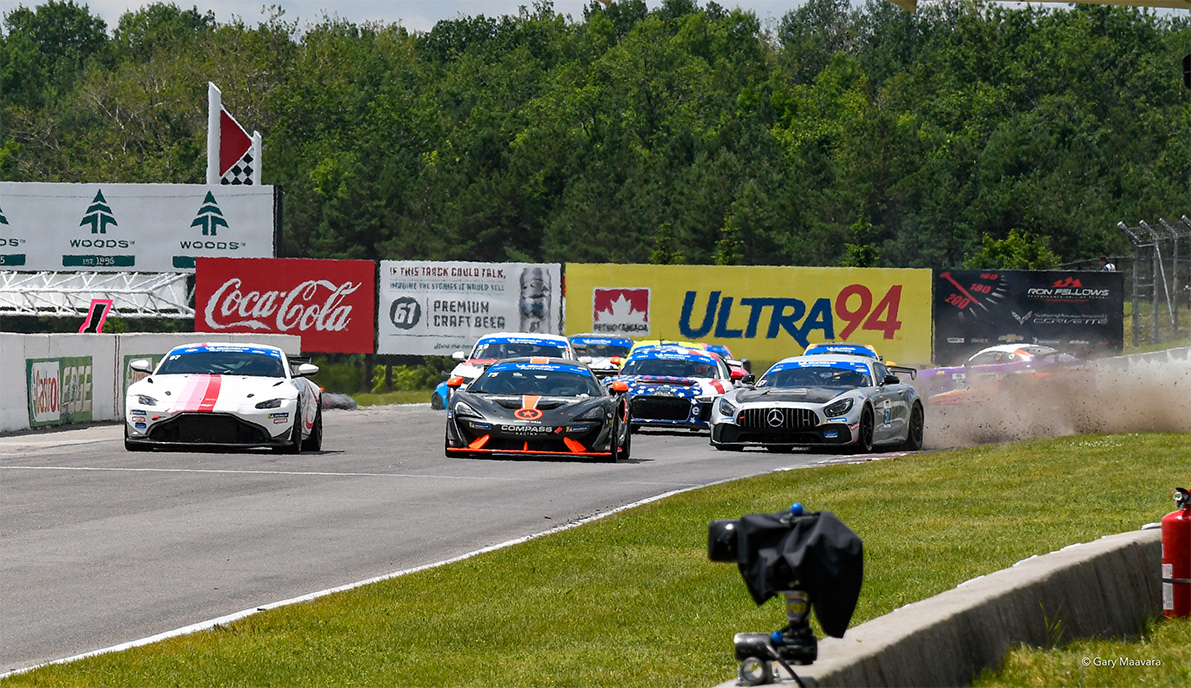 “I’ve never driven this track, so Robin and I came here in a rental car and drove around to show me the track,” said Depew. “We went pretty slow, but then I showed up here with the Camaro and I’d never been on this track. It’s a pretty daunting track. It took me a while and I was making pretty big jumps. I was about two seconds off the leader for this race, which I was pretty happy with. I kept the car where I needed to and then Robin did all the hard work. I think that, to be at this point and to actually win a race at this point, especially at a track I’ve never driven – because I’ve got a lot of experience at other tracks – is a tall order and an amazing accomplishment.” 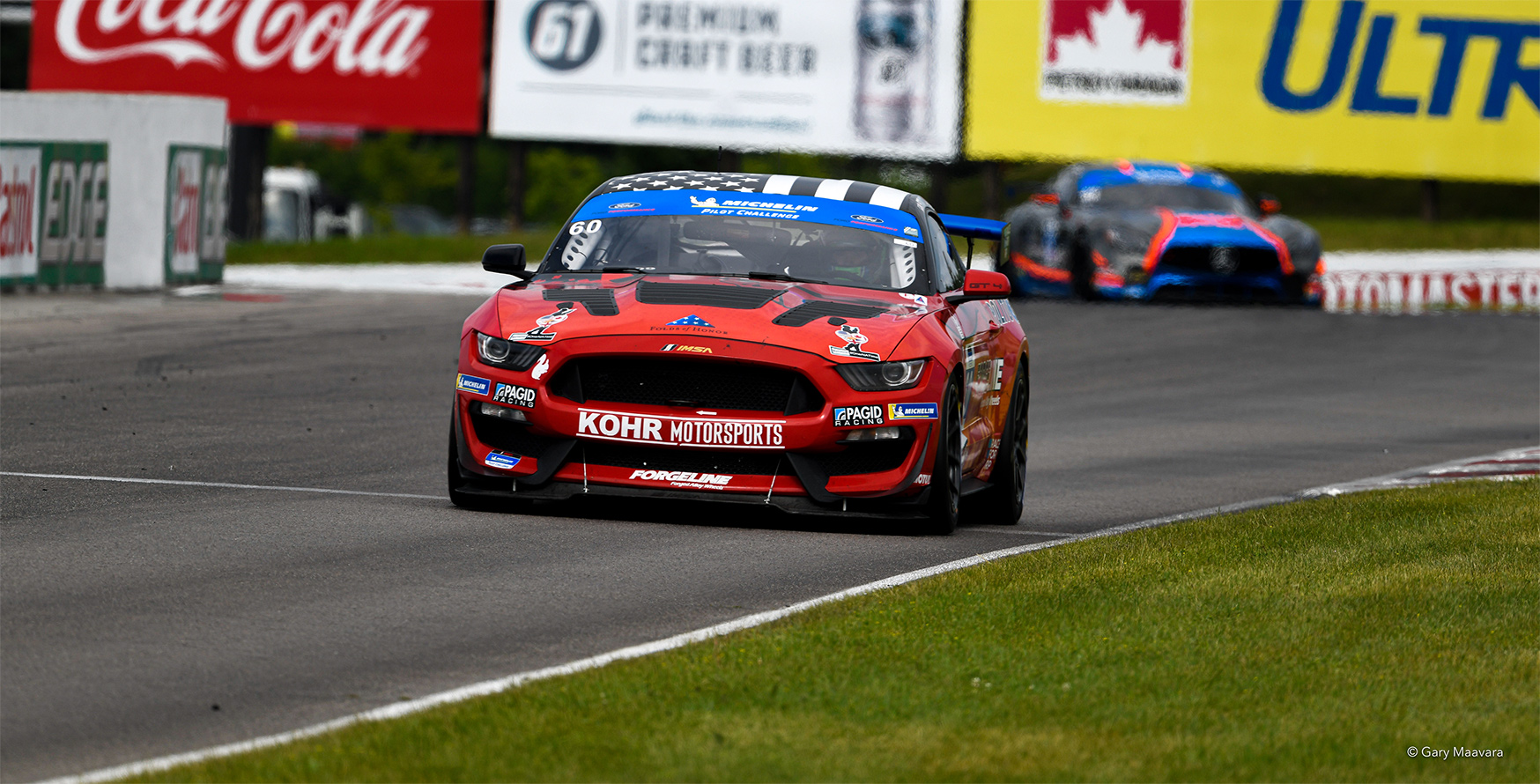 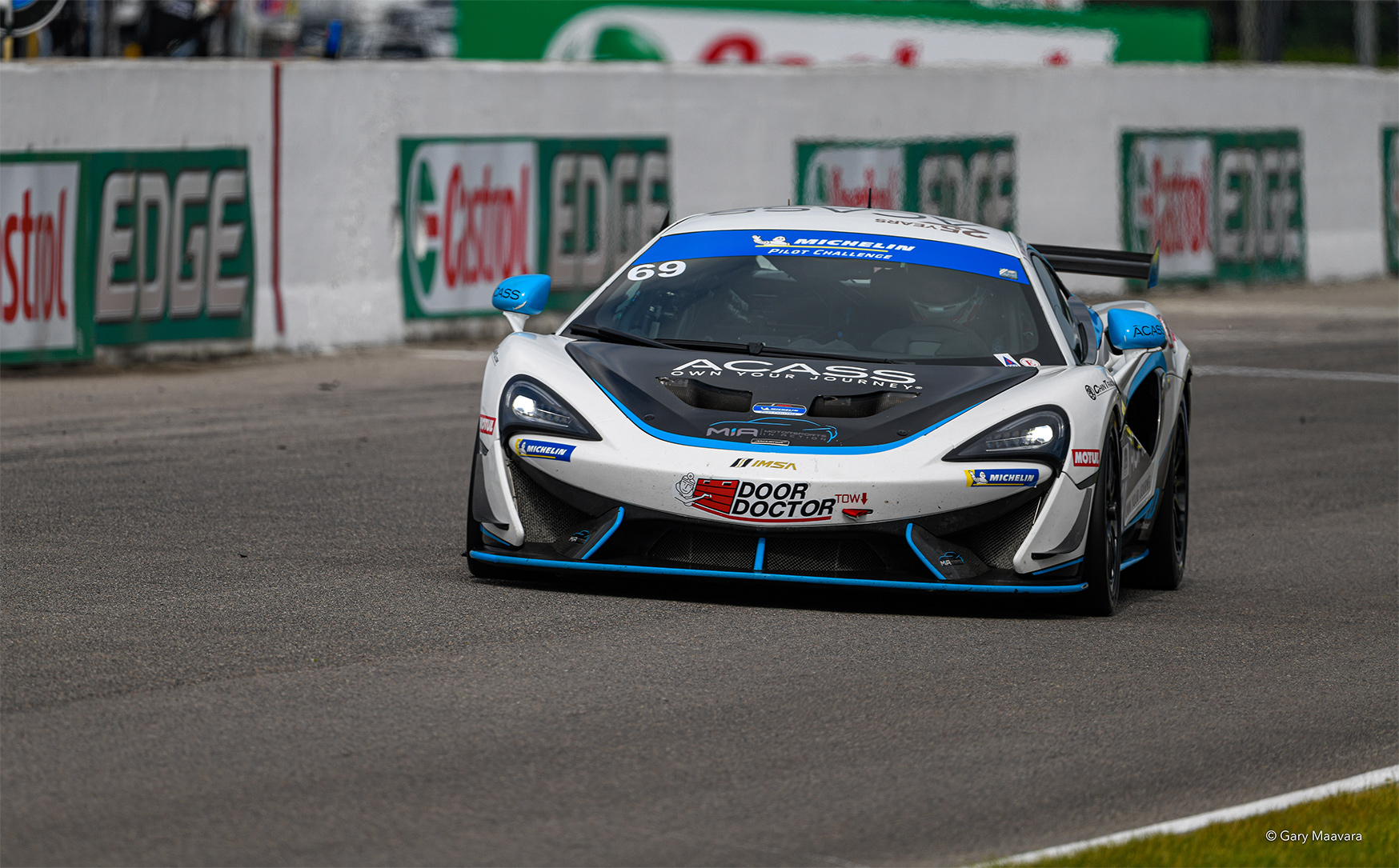 Halfway through the season the drivers’ standings couldn’t be much tighter. American drivers James Clay and Devin Jones lead in their No. 82 BimmerWorld Racing BMW M4 GT4 with 139 points each. Jeff Westphal and Tyler McQuarrie in their No. 39 Carbahn Motorsports Audi R8 are in second with 138 points each and Canadian Jesse Lazare and Corey Fergus from Columbus, Ohio in their No. 69 Motorsports In Action McLaren GT4 are in third with 137 points each. 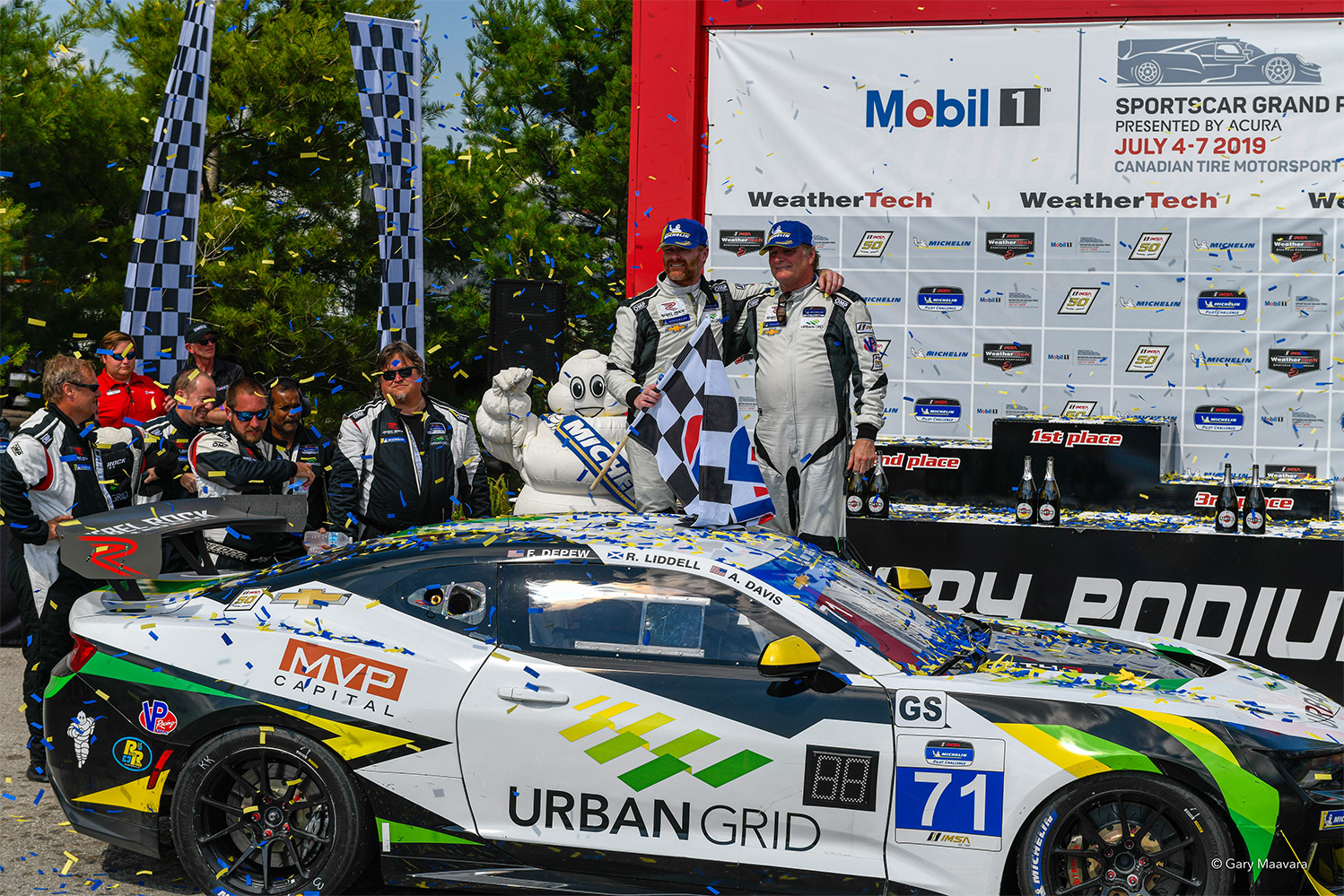 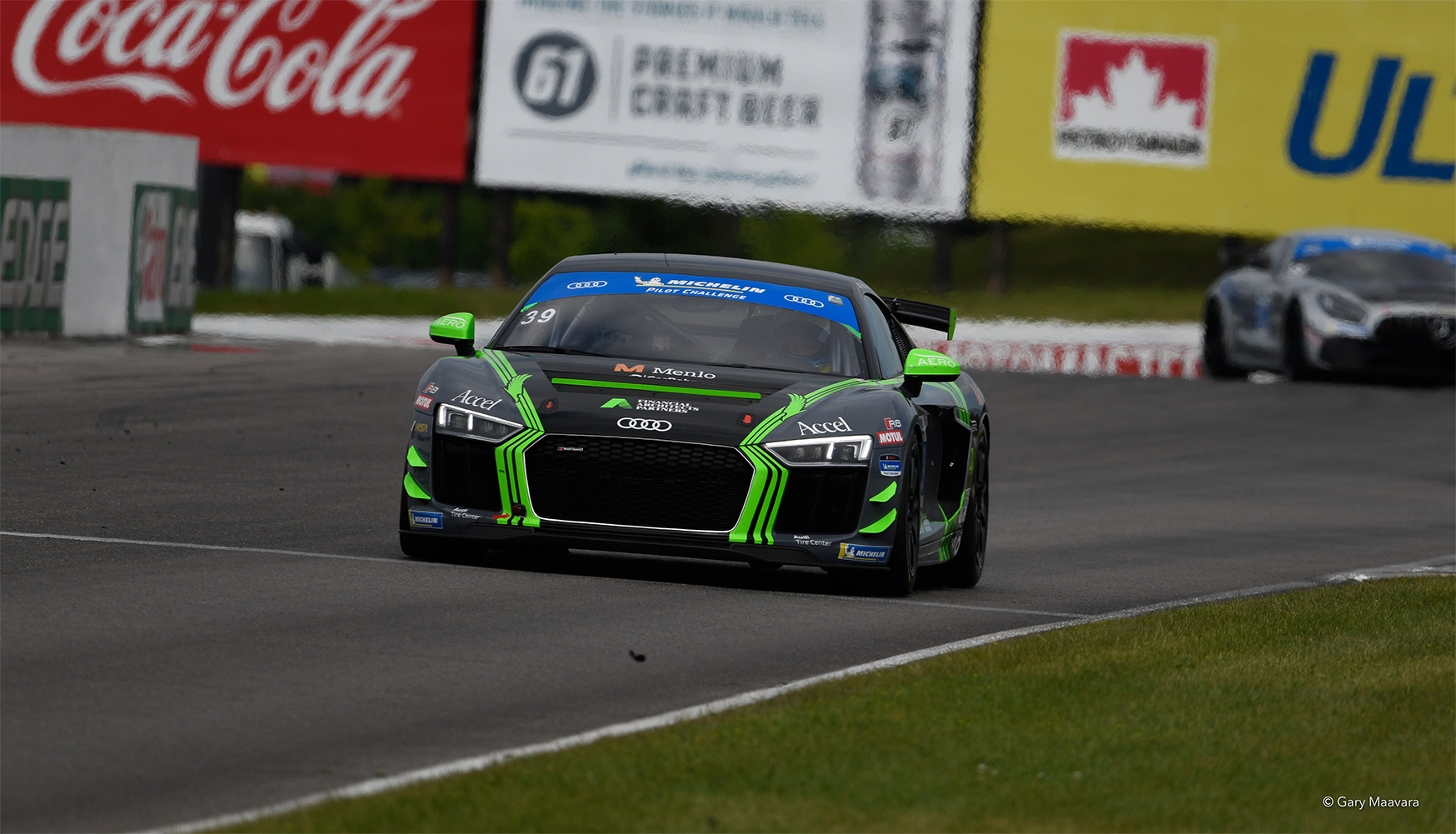 “It was super wild,” said Casey, Jr. “I think it all started as soon as the driver change happened…The only reason we were able to pit when we did was because Mikey was able to drive it for, like, an hour and 10 and no one else could do that. We led the whole first stint and managed the gap the entire time and it made my job a lot easier. I had more tools to work with at the end with tires, and we came back from a lap down, P10, and just methodical from there. It was like focus forward.” 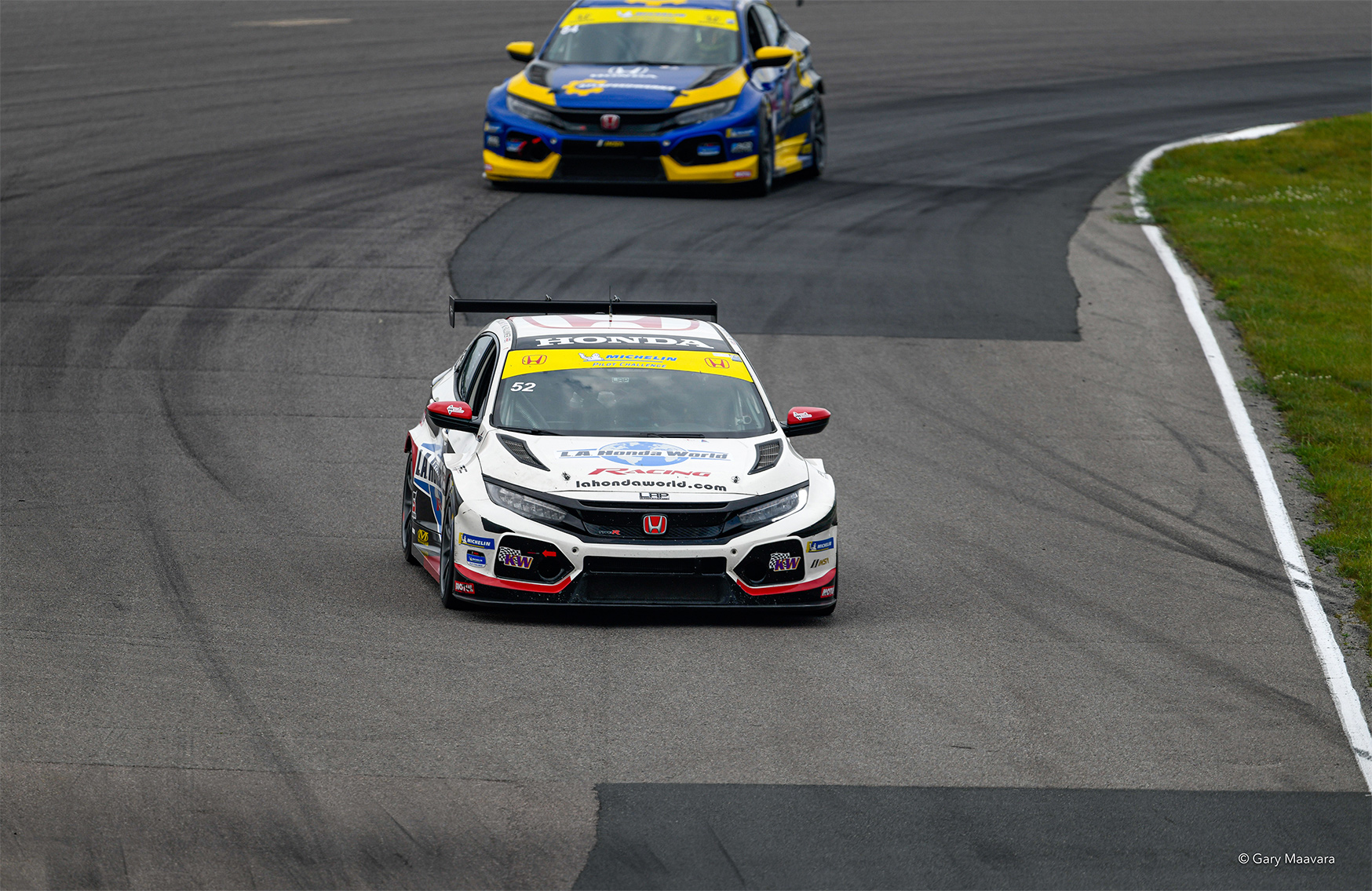 “Overall, the car was quite a dream to drive, so it wasn’t too difficult,” added Taylor. “But pity about that whole pit stop issue. We’ll work on that for the next one. I’m just happy we came back from it. I didn’t think we could win. I thought we could maybe podium if we got back on the lead lap, but yeah, a win is awesome.” 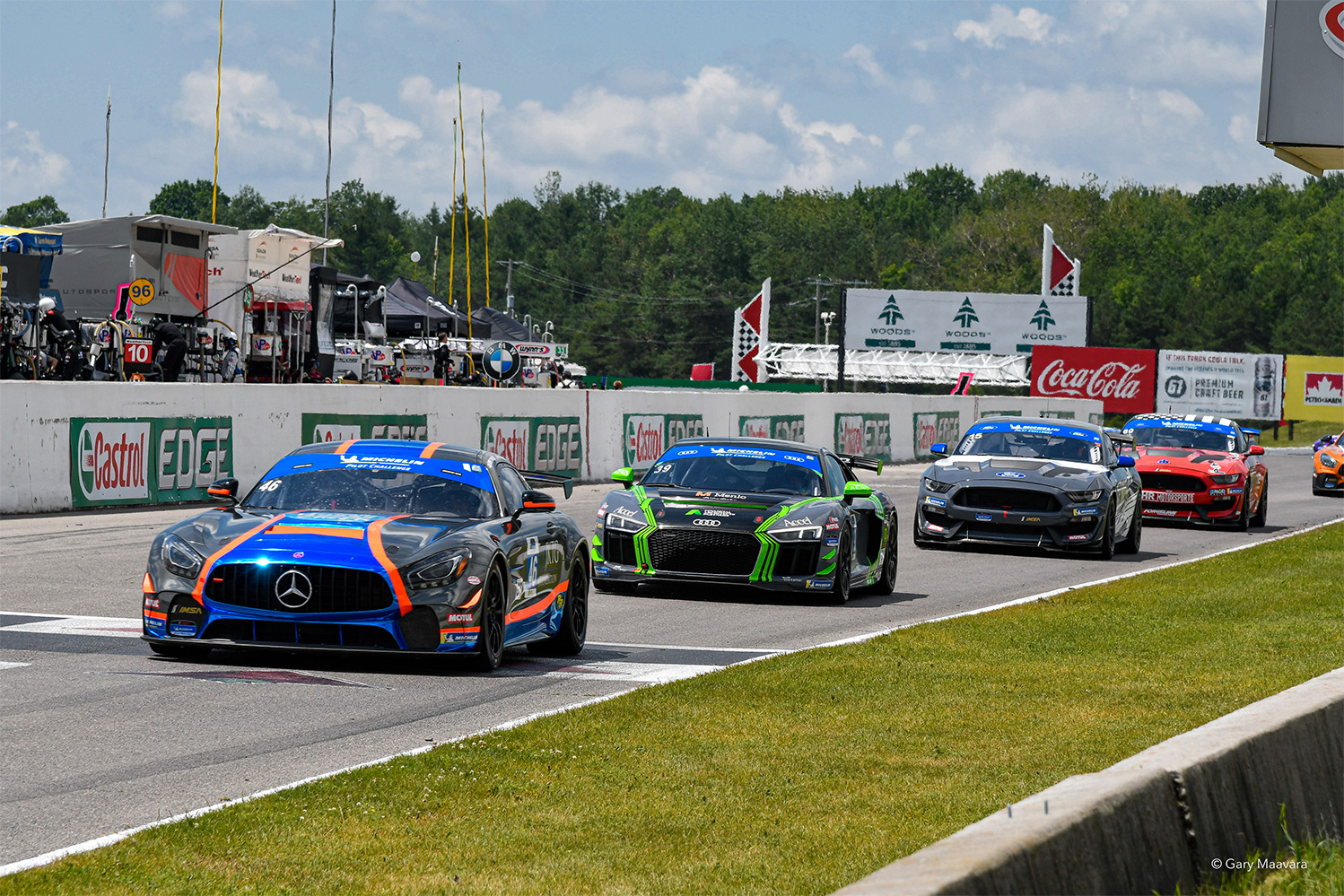 At the halfway point of the season, American’s Shelby Blackstock, son of country music legend Reba McEntire, and Tom O’Gorman lead the driver’s standings in their No. 37 LA Honda World Racing Honda Civic TCR with 139 points each followed by Gavin Ernstone (UK) and Jon Morley from San Francisco, CA in their No. 61 eEuroparts.com ROWE Racing Audi RS3 LMS TCR DSG with 134 each. Toronto, ON native Mark Wilkins and Michael Lewis from California in their No. 98 Bryan Herta Autosport Curb-Agajanian Hyundai Veloster N TCR with 133 points each.

Up next is the Lime Rock Park 120 which will be held July 19 and 20 in Lakeville, Connecticut.