Mother Nature decided that she wanted to get involved in the outcome of the most important endurance race in North America. For the first time in the races history, the 57th Rolex 24 at Daytona had experienced two red flag sessions due to relentless rainfall that started at around 4:30 am local time and didn’t let up. The cars were lined up in the pits for the final two hours of the race, not going anywhere while under red flag conditions. IMSA officially ending the race at 2:24 pm, 11 minutes before the races was scheduled to end. 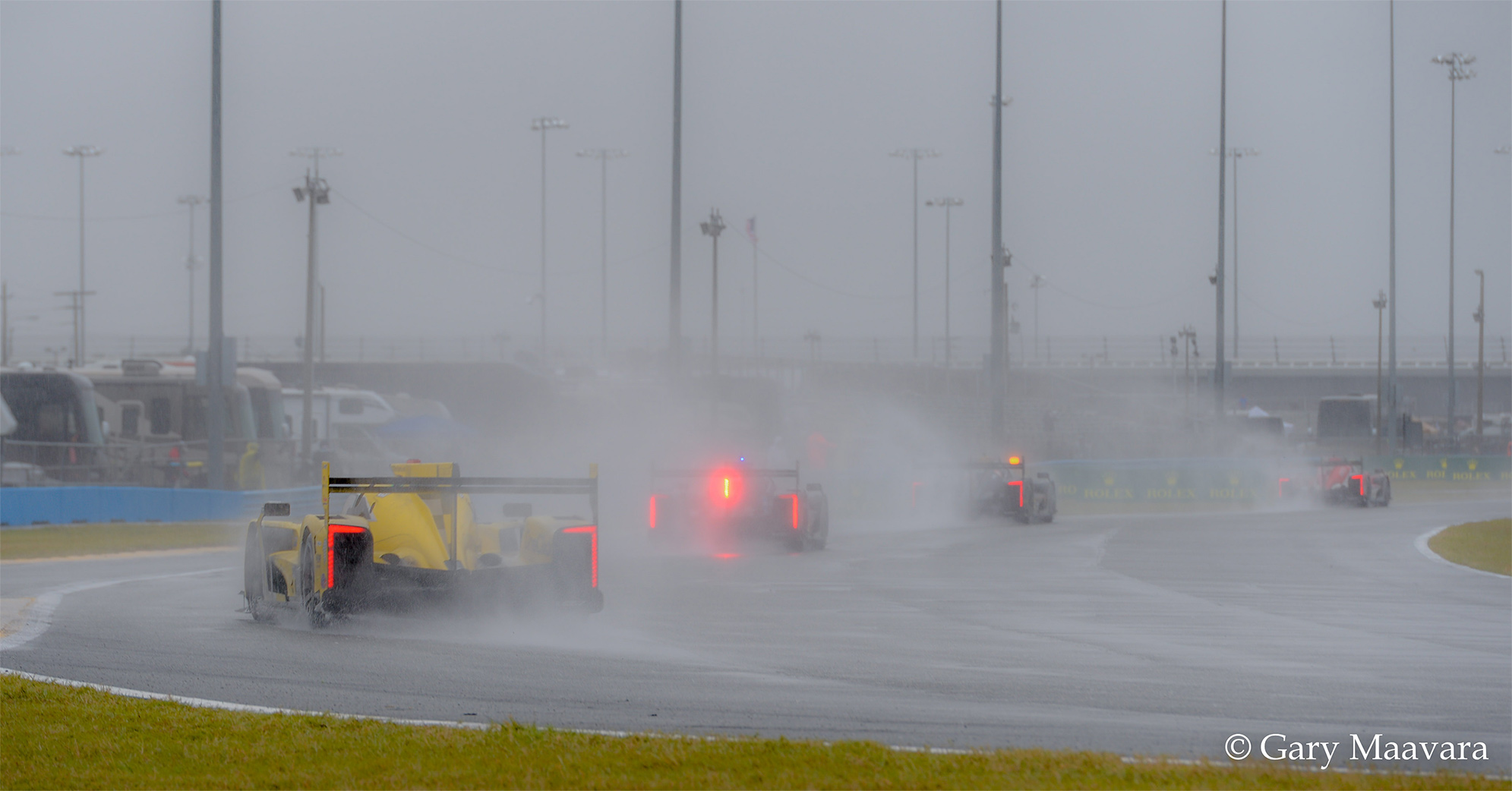 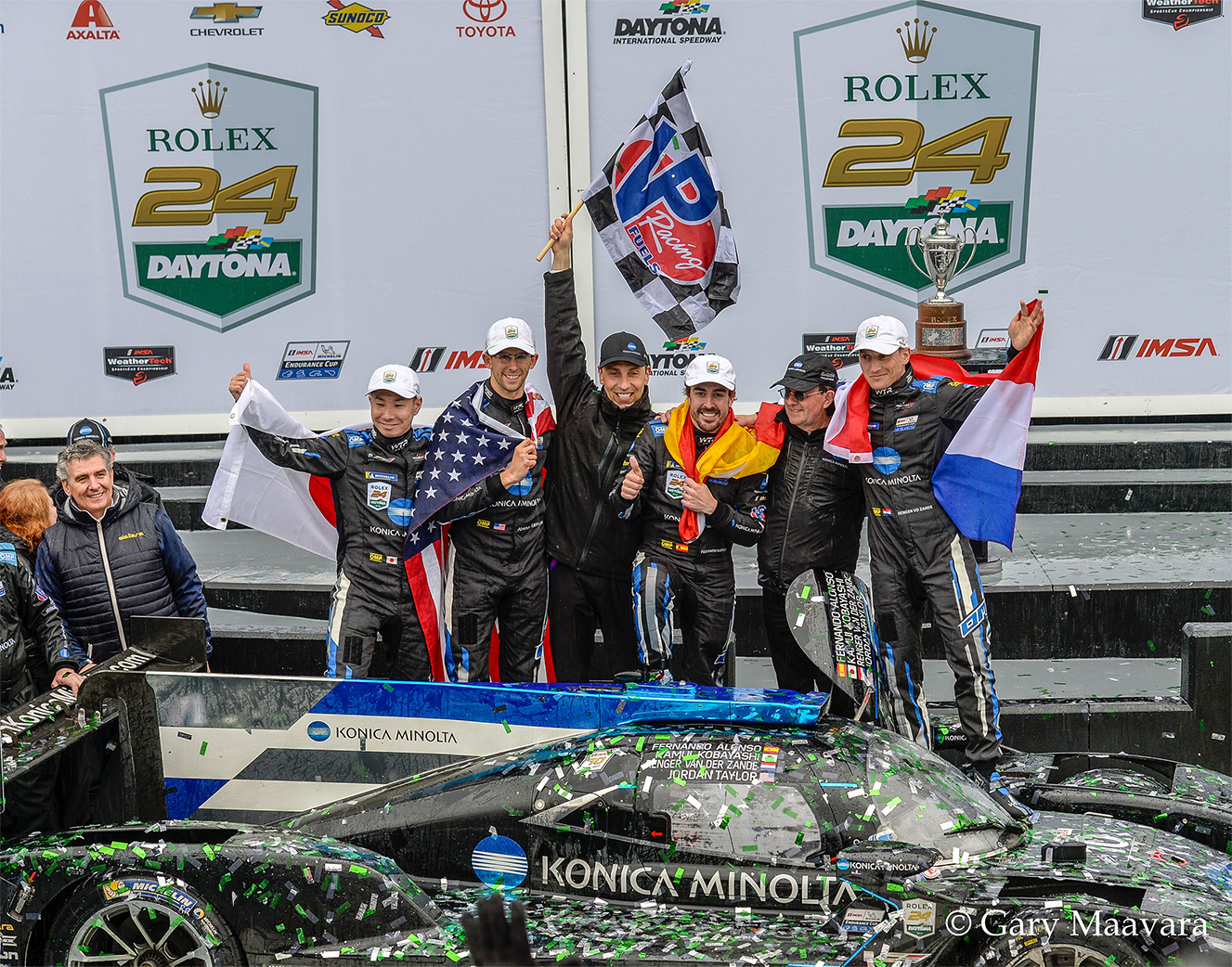 “All four drivers led in their own right and drove to the lead, different parts of the race, and it was all about survival,” said Jordan Taylor. “You saw a lot of guys taking a lot of risk early in the race, but we waited with the game plan of running our own race and not getting caught up in anyone else’s battles. I think it was the right game plan. We stayed out of trouble, no car damage, no one went off the track. That’s the way you win these 24‑hour races.” 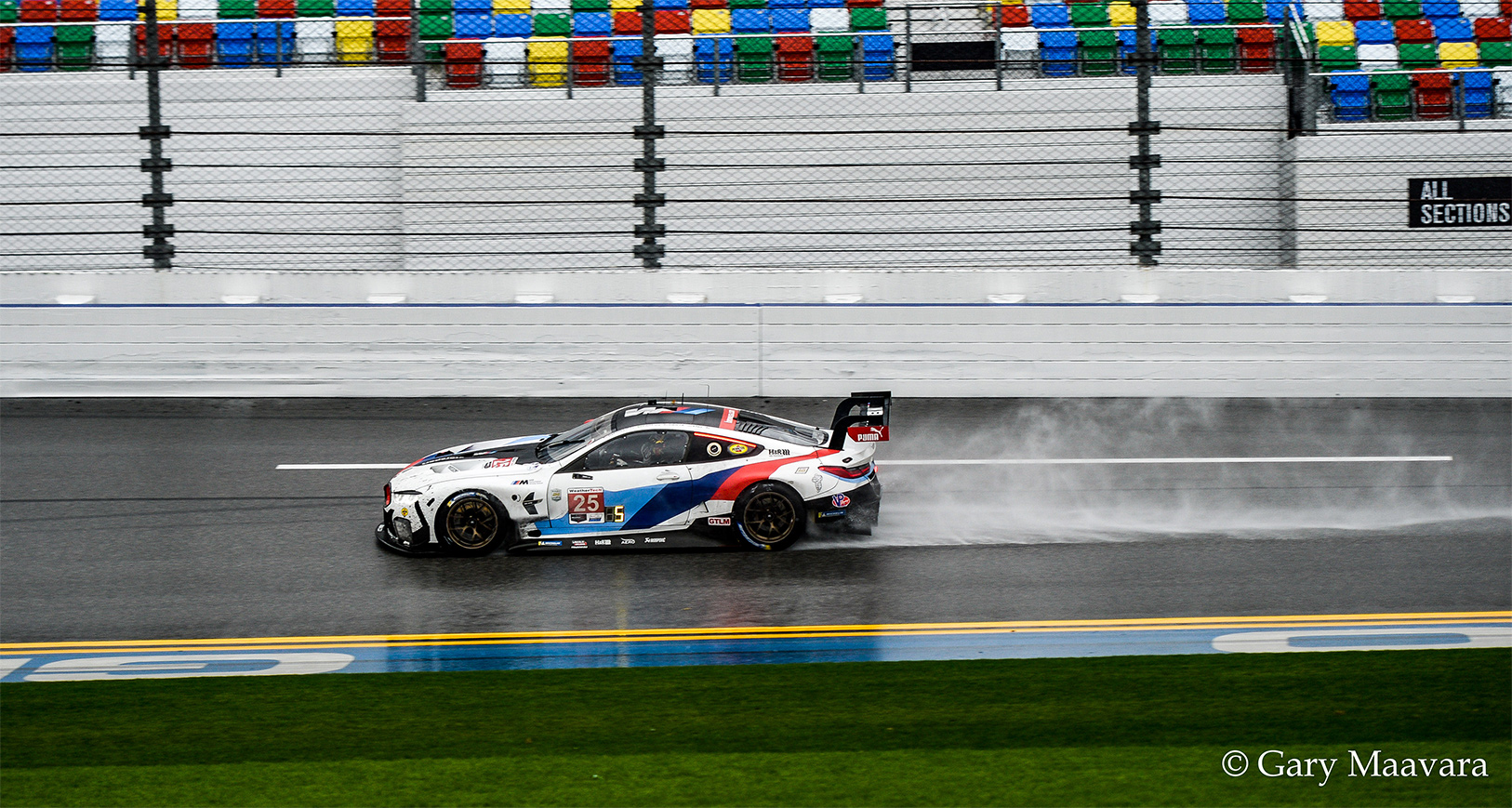 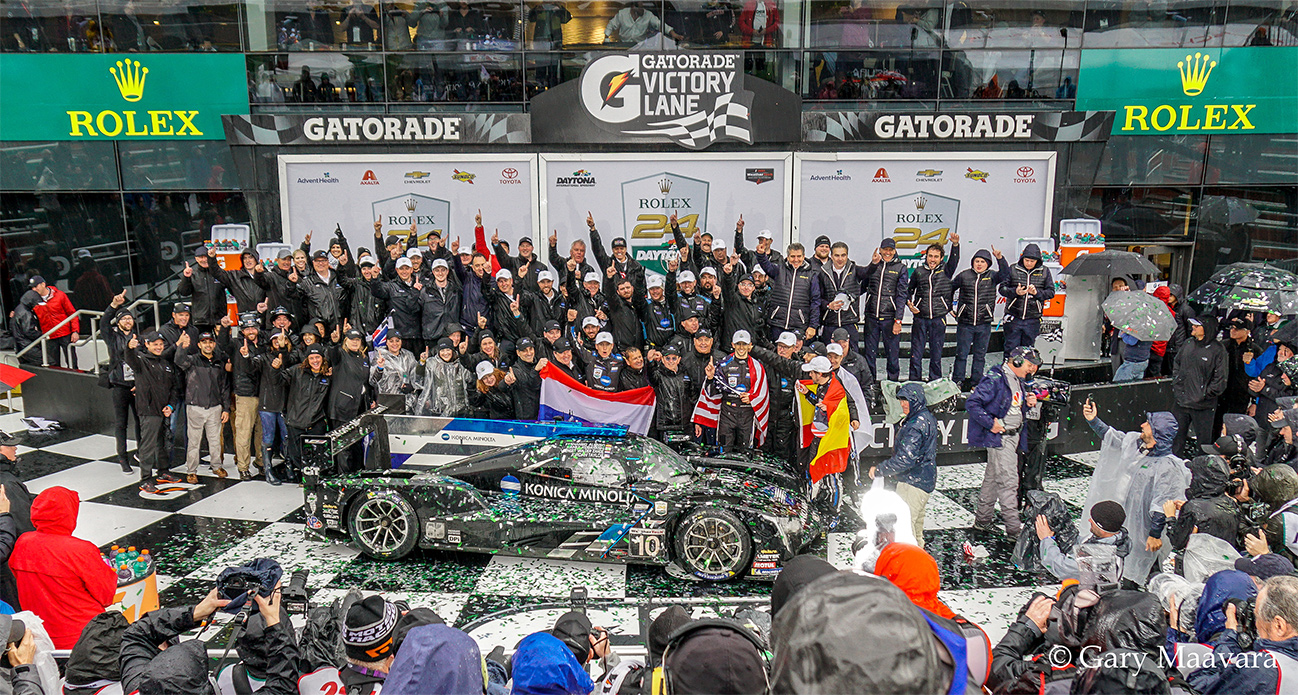 “I’m very, very proud of the job that we achieved today, but it was not a one‑day job, it was a one‑month job,” said Fernando Alonso. “For me in December we started preparing the race and receiving all the documents, how the Cadillac works and how Wayne Taylor Racing, some procedures that maybe are different compared with other teams. We tried to have a quick integration, Kamui and myself, trying to learn as much as we could from the team in the Roar, and then on the race itself, it was very, very difficult. Conditions were changing all the time.” 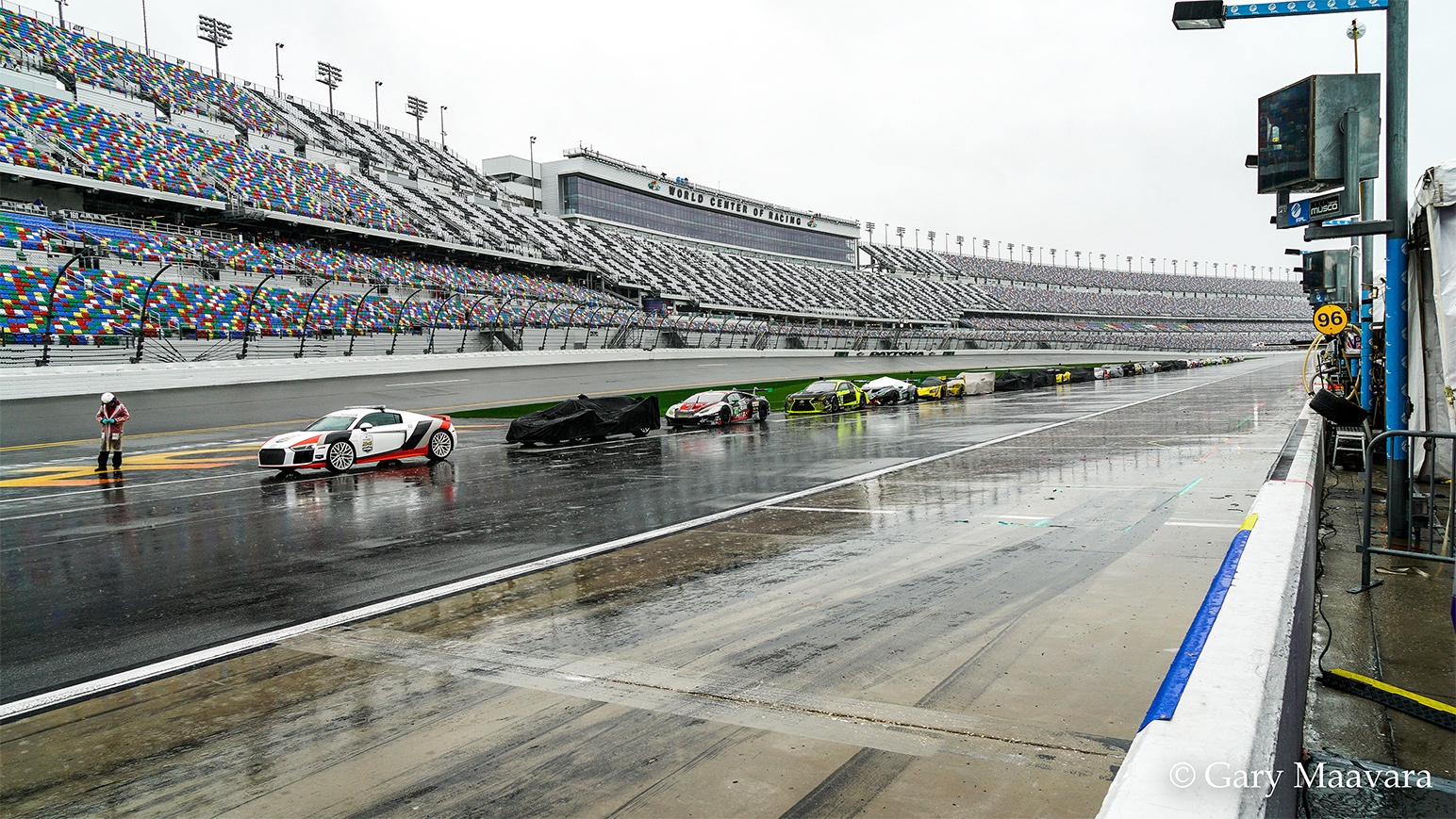 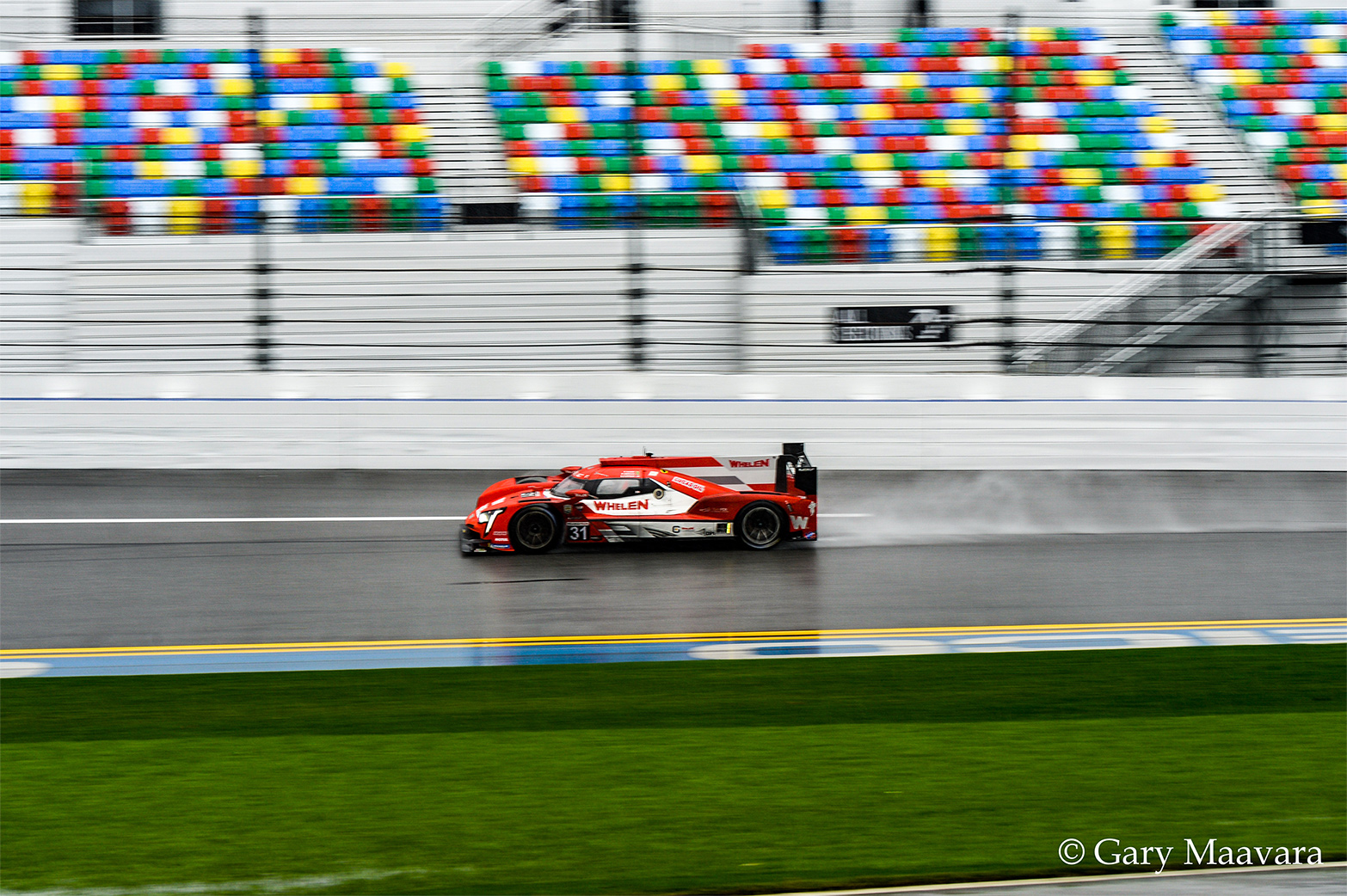 This year’s race was started by 2019 Grand Marshal Scott Pruett, a five-time overall winner of the Rolex 24 at Daytona. “It’s been a dream come true to be Grand Marshal, I’m really humbled and it’s been a fantastic experience. The racing was incredible tight from the start – it was nose to tail – with a lot of action in all the classes. It is unfortunate that we finished under the red flag, but the conditions were so tough and the right call was made. When you drive in these conditions it’s intense and precision is key because as we’ve seen, if you put a foot wrong, it will catch you out. The race, over the last 24 hours, demanded the highest level of commitment, focus and dedication and the drivers have been inspirational.” 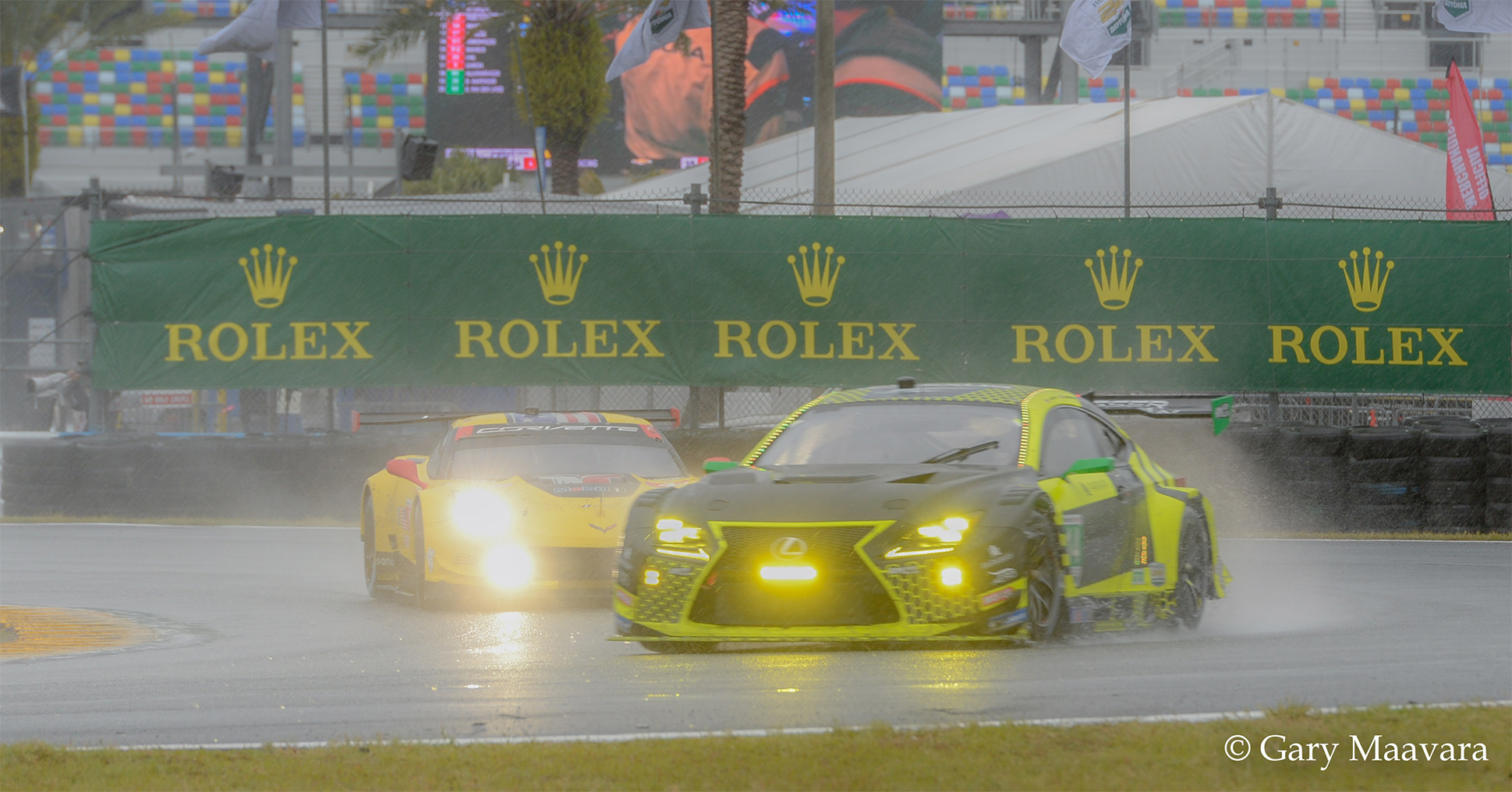 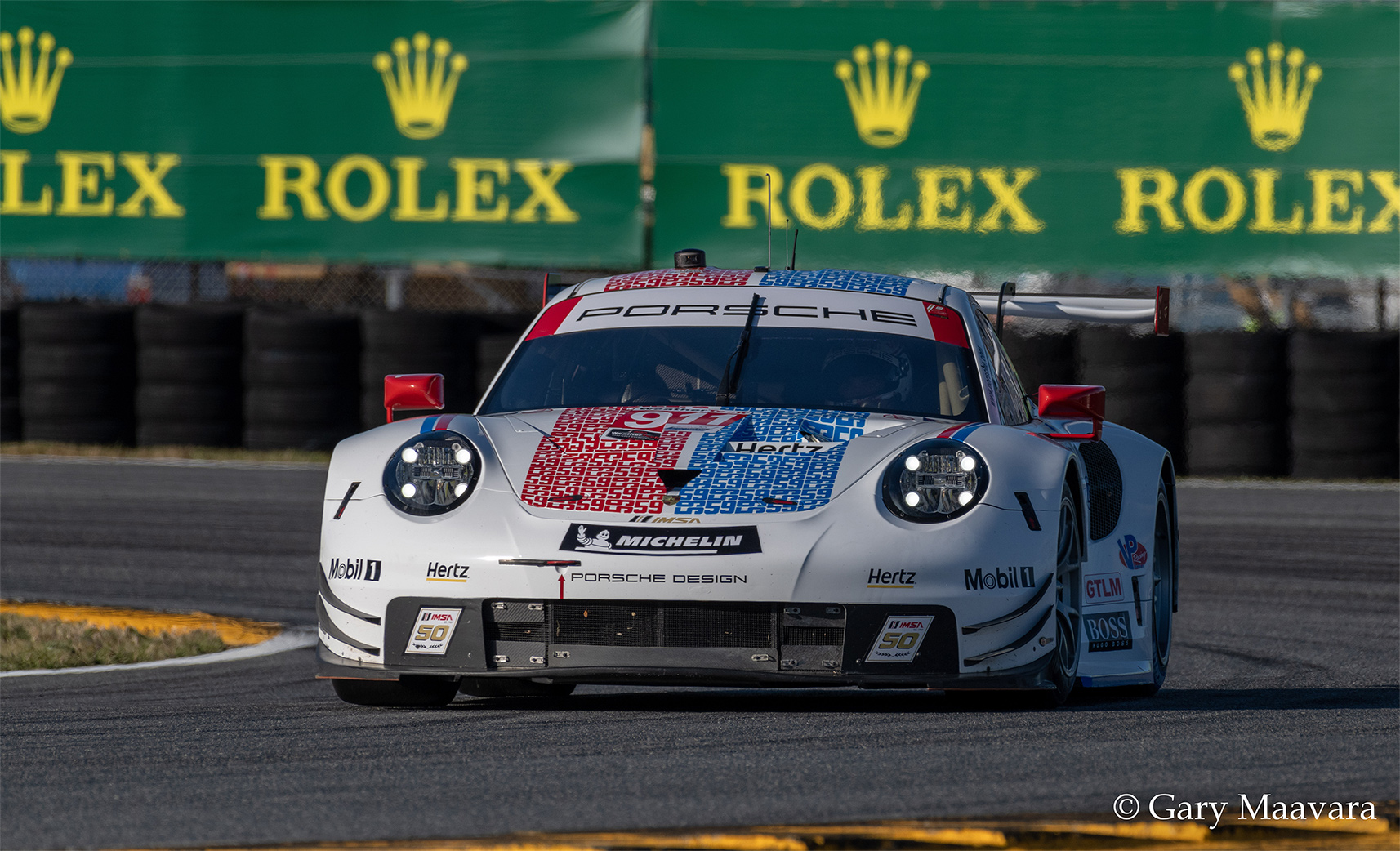 “We were actually one lap down when I started the stint,’’ said Christian Engelhart. “So, I managed to overtake the leader so that, when the yellow came out, we got a wave by and rejoined the pack, but we were very, very far behind. At this point, I asked what position we are, and I think we were P8 or P9, something like this, he said on the radio. And after that, I never got any more information. I was just pushing. When the red flag came out, I didn’t know I was first. I was told then that we were first. I thought we were still fighting, and I was giving everything to come to the front, and I didn’t expect that we were already. So quite a surprise, a positive one, of course.”

IMSA (International Motor Sports Association) is celebrating their 50th anniversary season with an unprecedented lineup of 19 manufacturers participating in the WeatherTech SportsCar Championship and the Michelin Pilot Challenge. 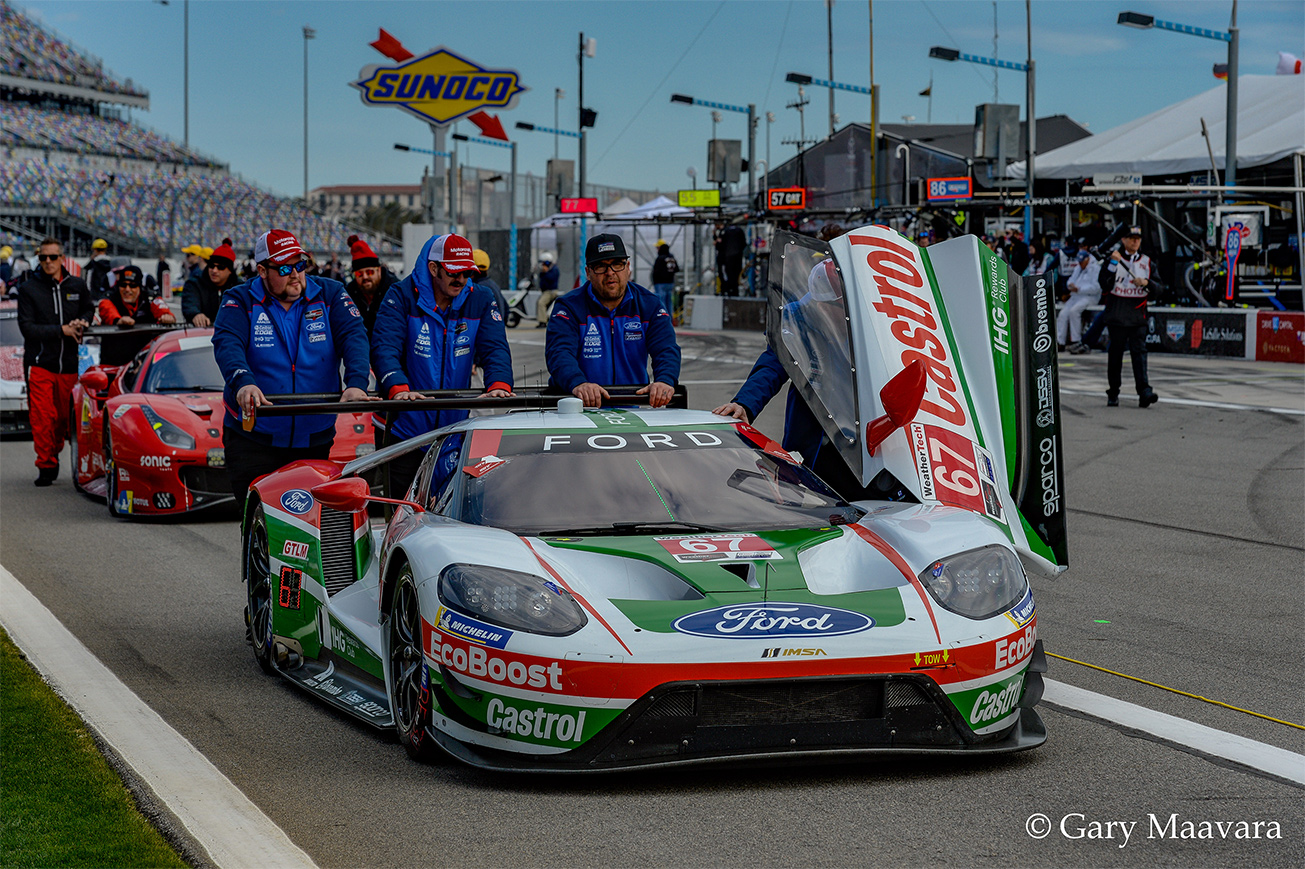 “As our 50th Anniversary season begins, having a record number of manufacturers in our championships speaks volumes to the global relevance IMSA has confirmed as we look forward to the start of 2019 and beyond,” IMSA CEO Ed Bennett said. “Our strategy of providing dynamic, cost-effective platforms to showcase a wide variety of manufacturer technical specifications is rewarding for all involved, but race fans are the main beneficiary. It’s a fantastic time to be an IMSA fan.” 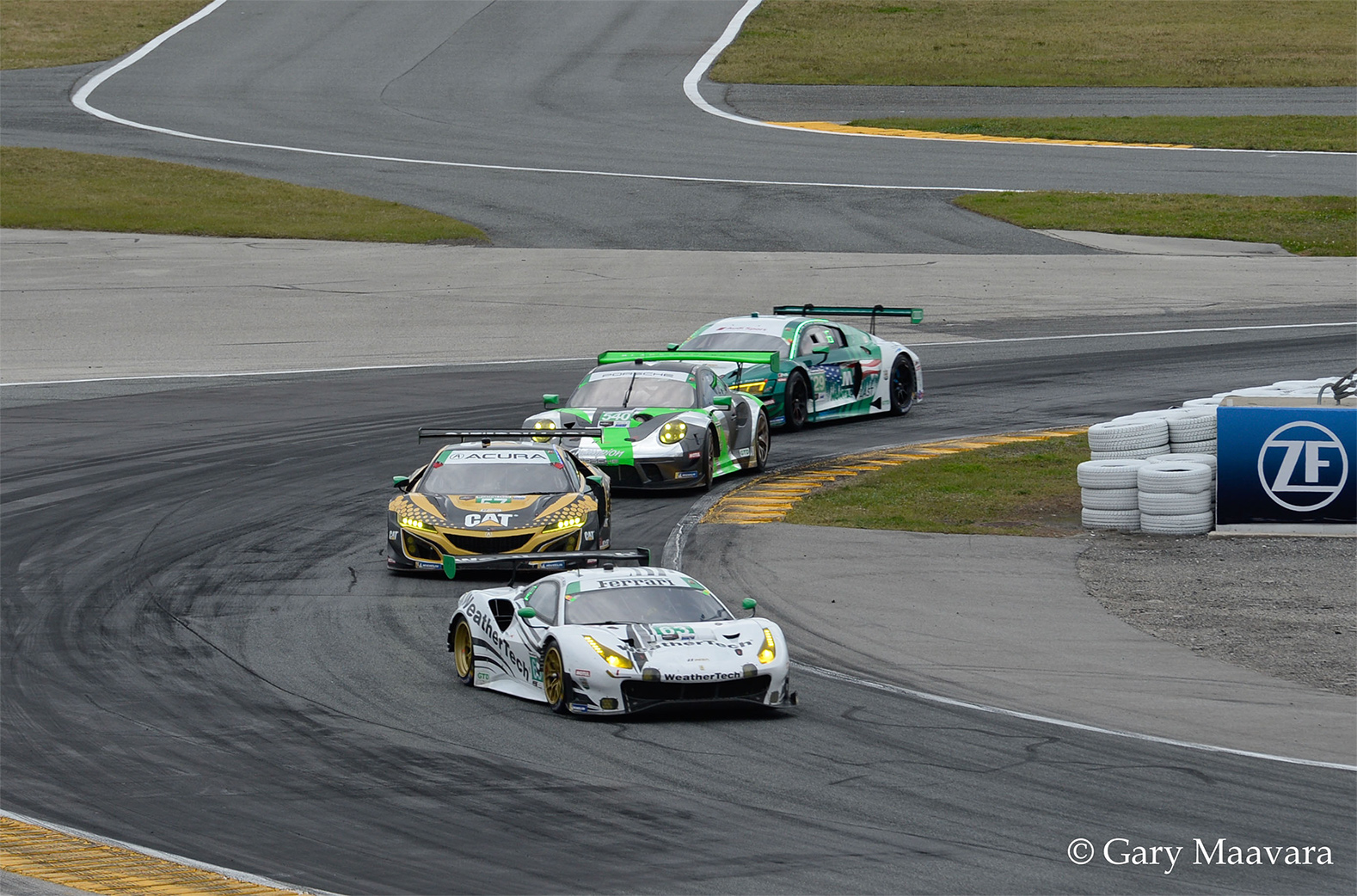 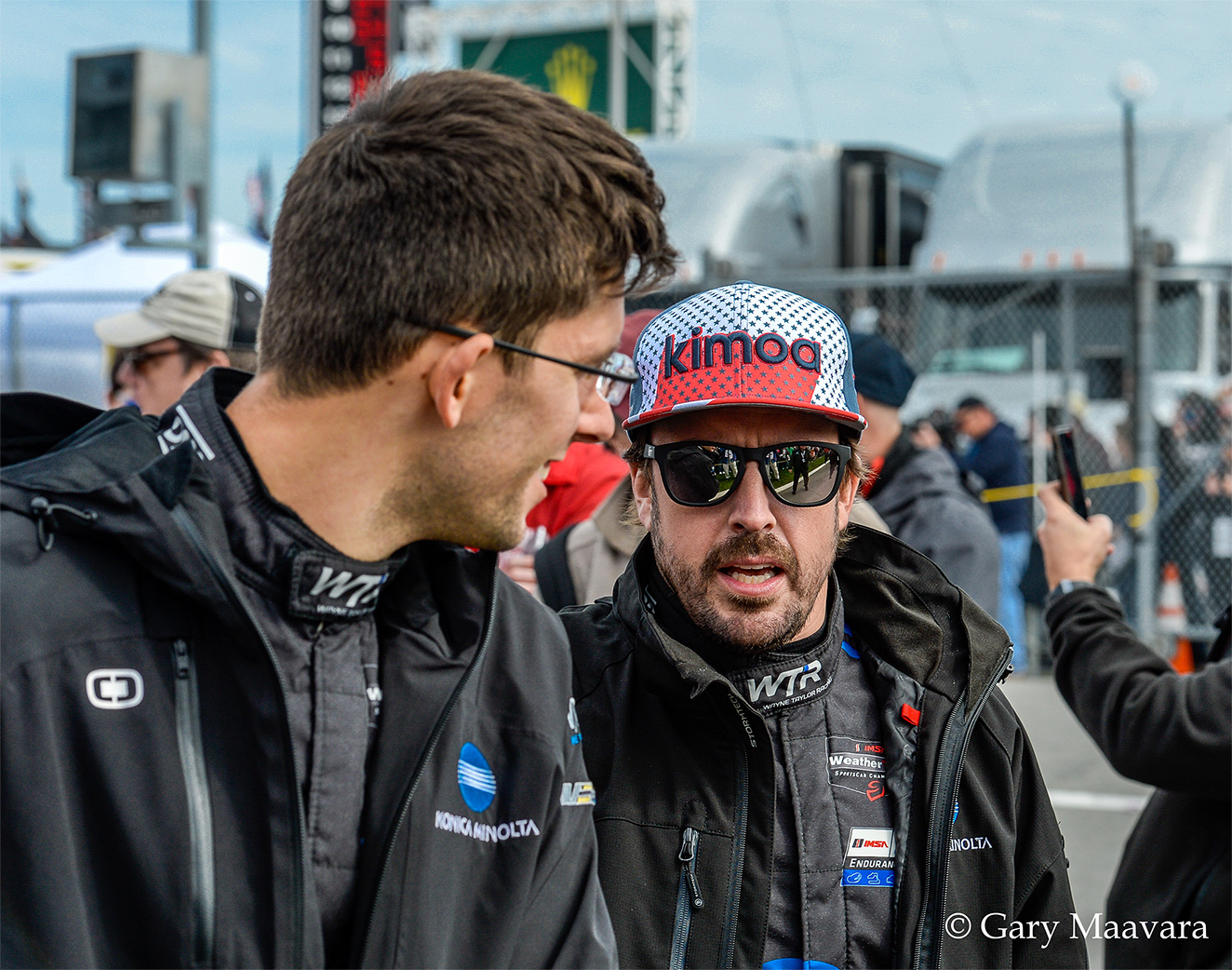 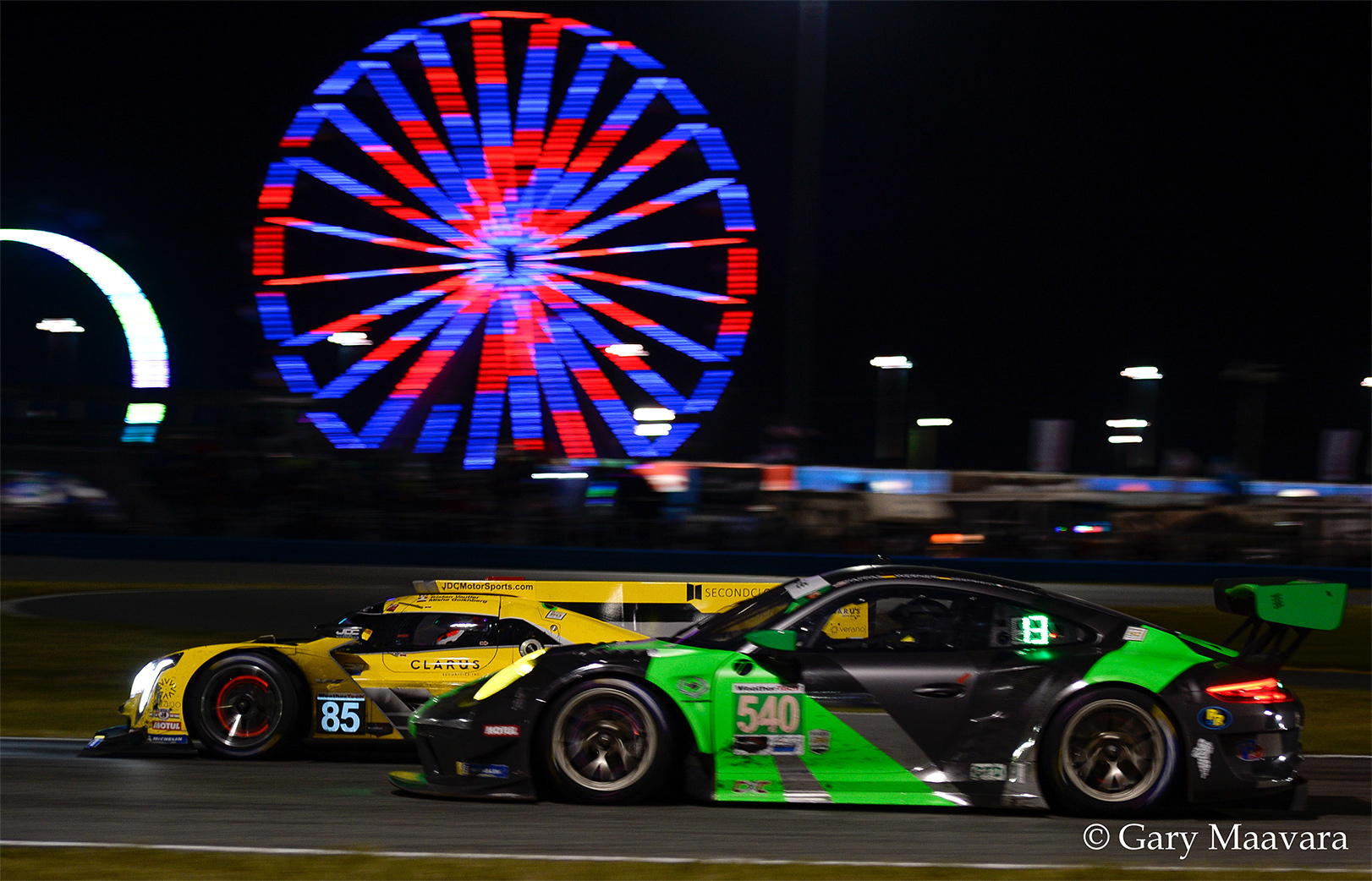 The next race in the twelve race IMSA WeatherTech SportsCar Championship series is the Mobil 1 12 Hours of Sebring at the Sebring International Raceway in Sebring, Florida on Saturday March 16, 2019. 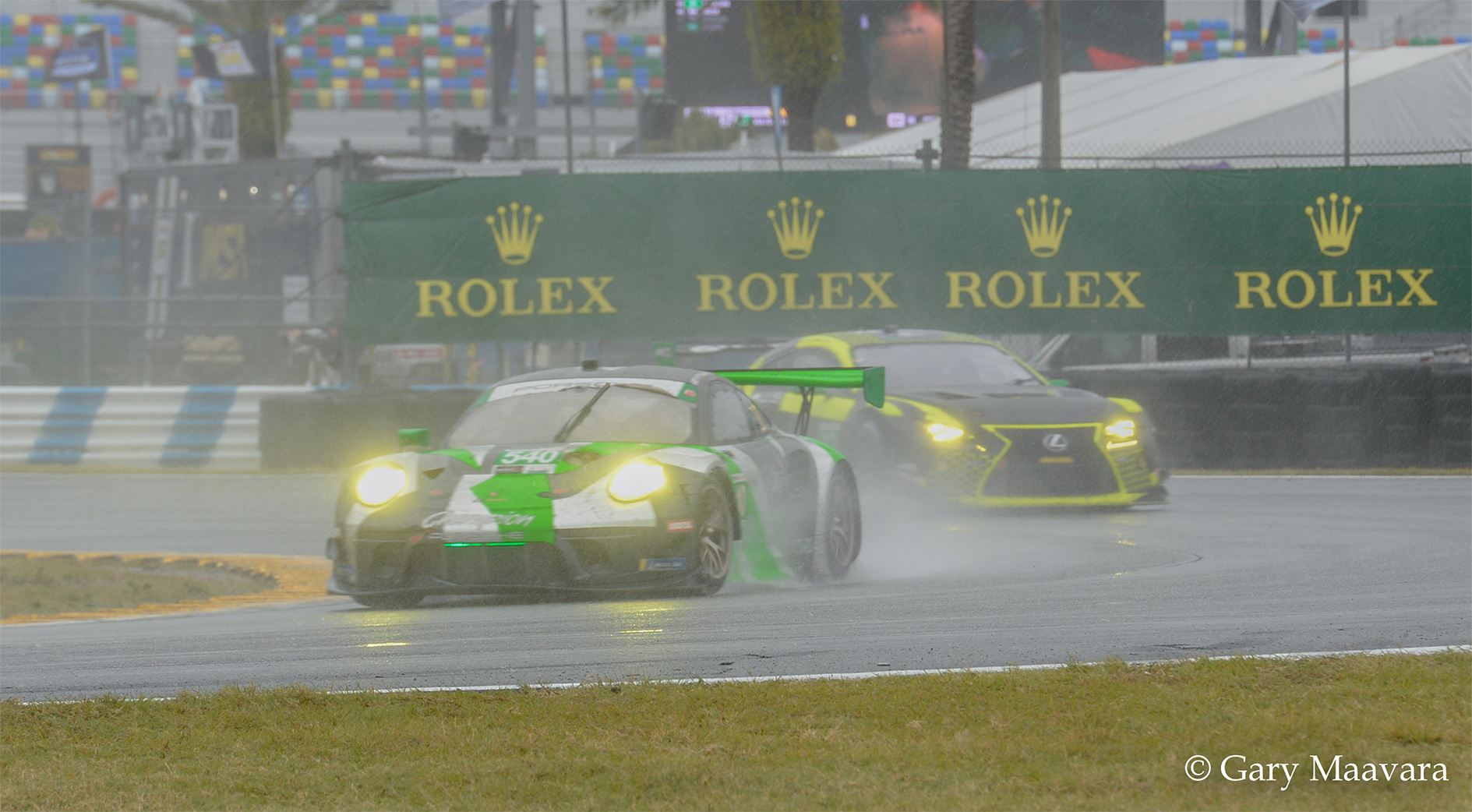