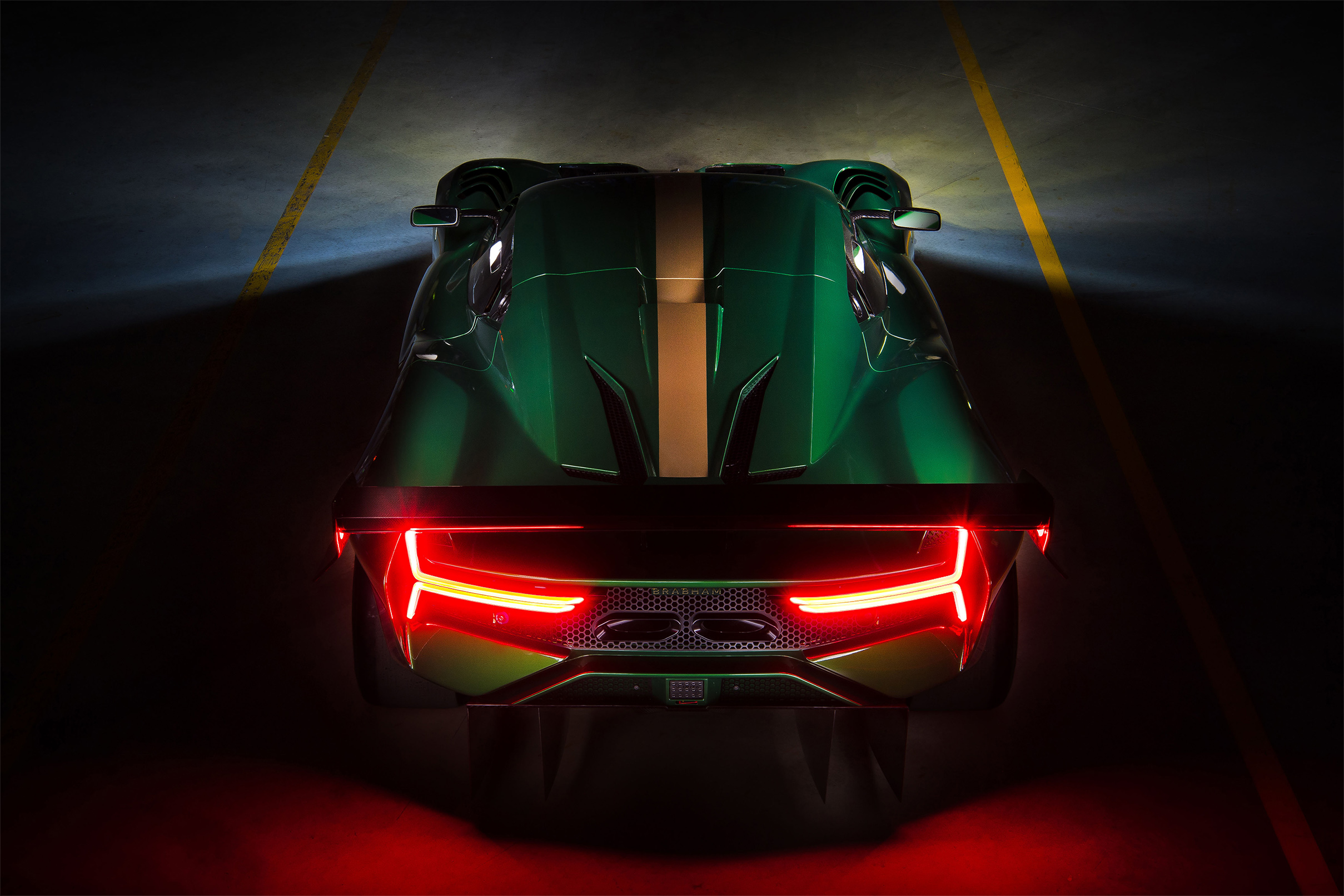 “…a car that demands total engagement and commitment from its driver, delivering immense reward and satisfaction.”
Paul Birch, Director of Technology and Engineering, Brabham Automotive

Brabham Automotive, which has a 70 history of racing success, is building seventy BT62s, which will cost buyers £1 million each (approximately $1.75 million Canadian) plus options and taxes. The first thirty five cars being built will celebrate the thirty-five Grand Prix victories by Brabham over its thirty-year reign in Formula 1.

“It’s with great pride that I honour and continue my father’s legacy in revealing the next chapter in the evolving Brabham story,” said David Brabham, Managing Director of Brabham Automotive and the youngest son of company co-founder and three time Formula One world champion Sir Jack Brabham. “The team we have in place, and the vision it shares, provides a solid platform for Brabham Automotive to execute its long-term business strategy. Our first step to deliver on that strategy is the Brabham BT62, a car truly worthy of carrying the iconic Brabham name.” 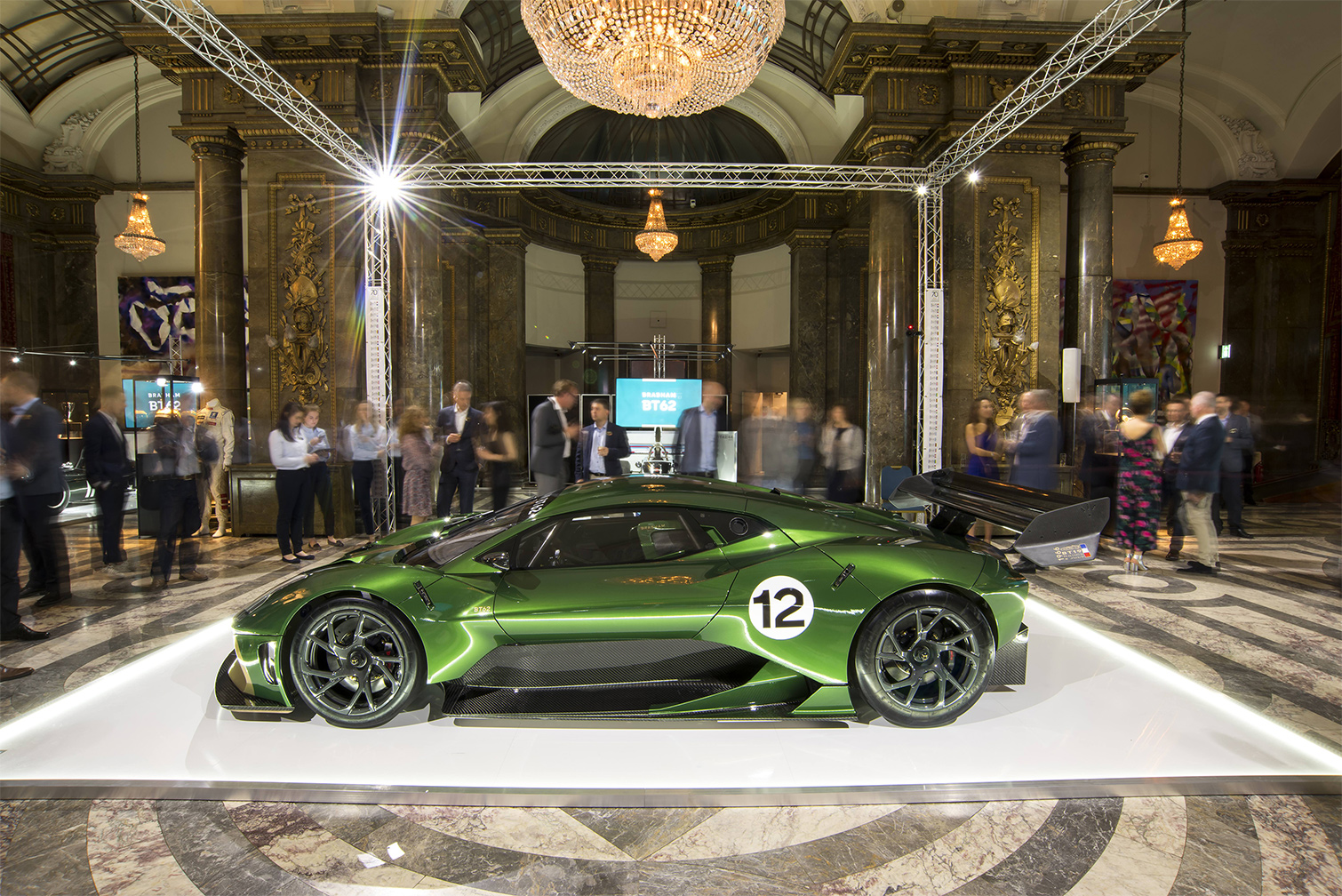 Technical highlights of the track-only supercar: 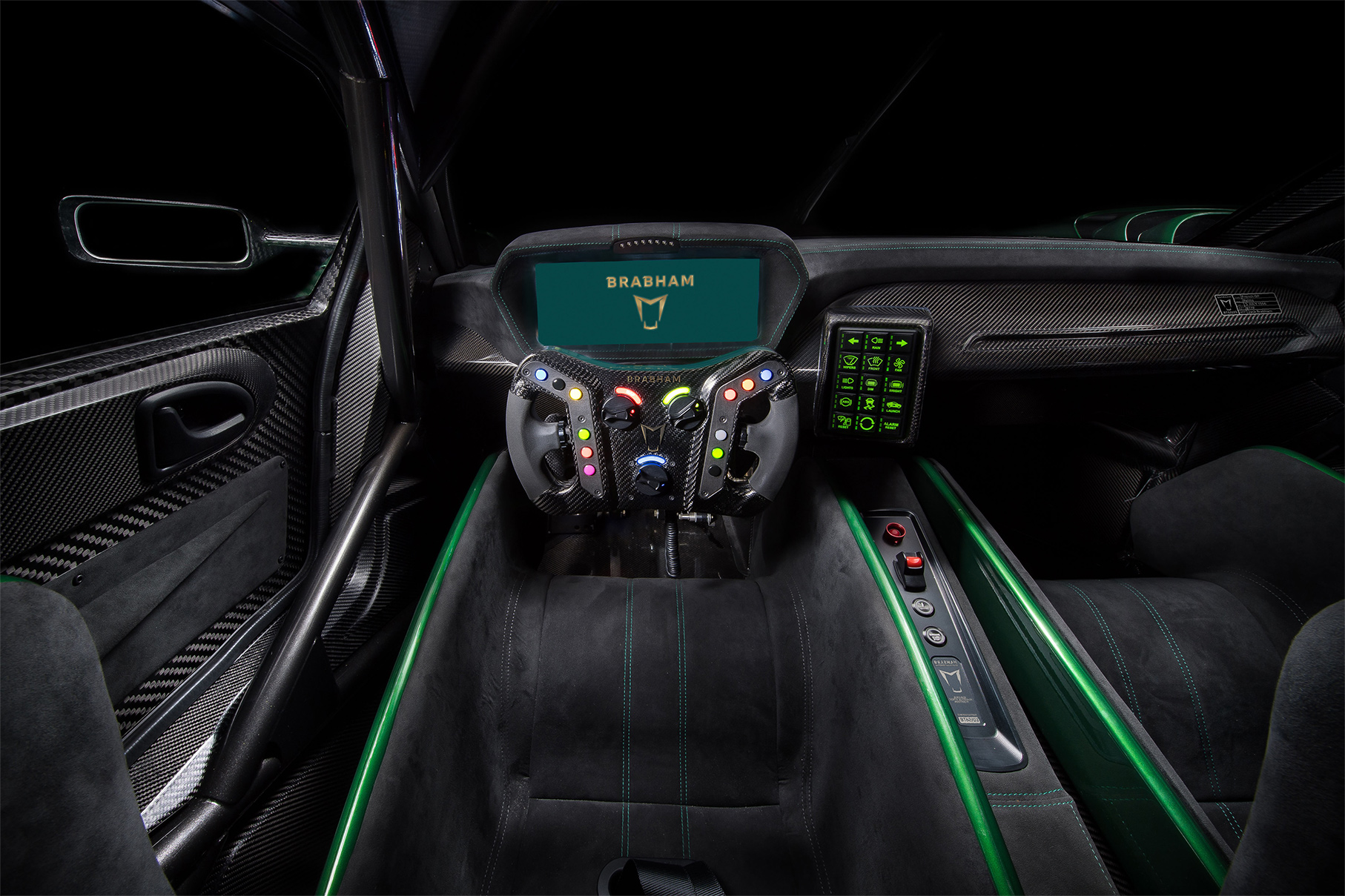 “I set out twelve years ago to re-establish the iconic Brabham name, determined to see it return to global competition,” said David Brabham. “My father had an incredible determination to succeed and, like him, I’ve worked tirelessly through this time, drawing on my experience as a racing driver, leader and mentor, never once losing sight of that goal. It’s been challenging at times, but what we have achieved is simply staggering. Today’s unveiling makes me feel incredibly proud as the Brabham legacy enters a new era.” 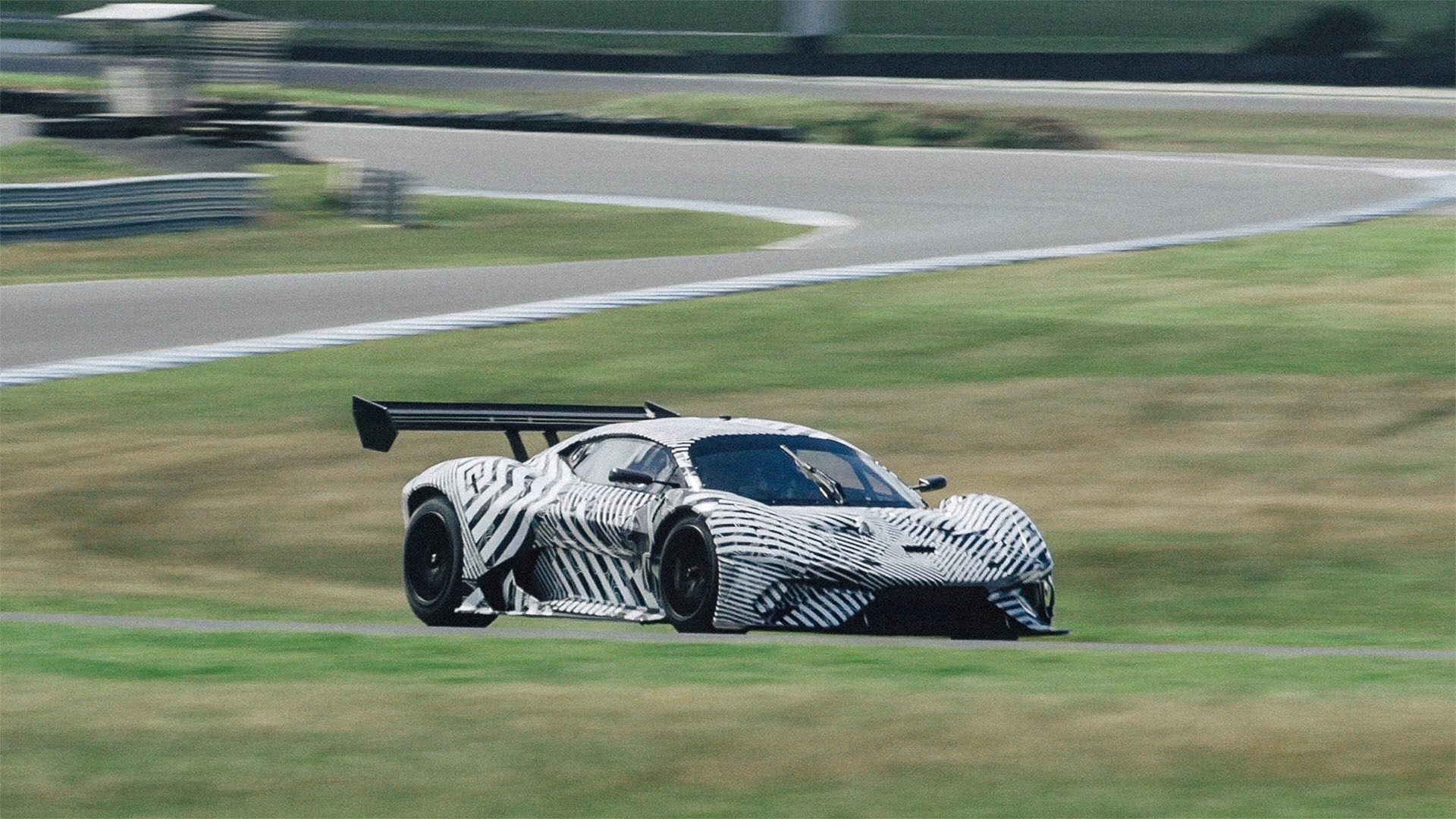 Those fortunate enough to own a Brabham BT62 will join the Brabham driver development program and will contribute to raising the performance potential of both car and driver. With a long-term plan in place and a phased product development program underway, the company’s ultimate goal is to return to compete on the race track and race in the 24 Hours of Le Mans. 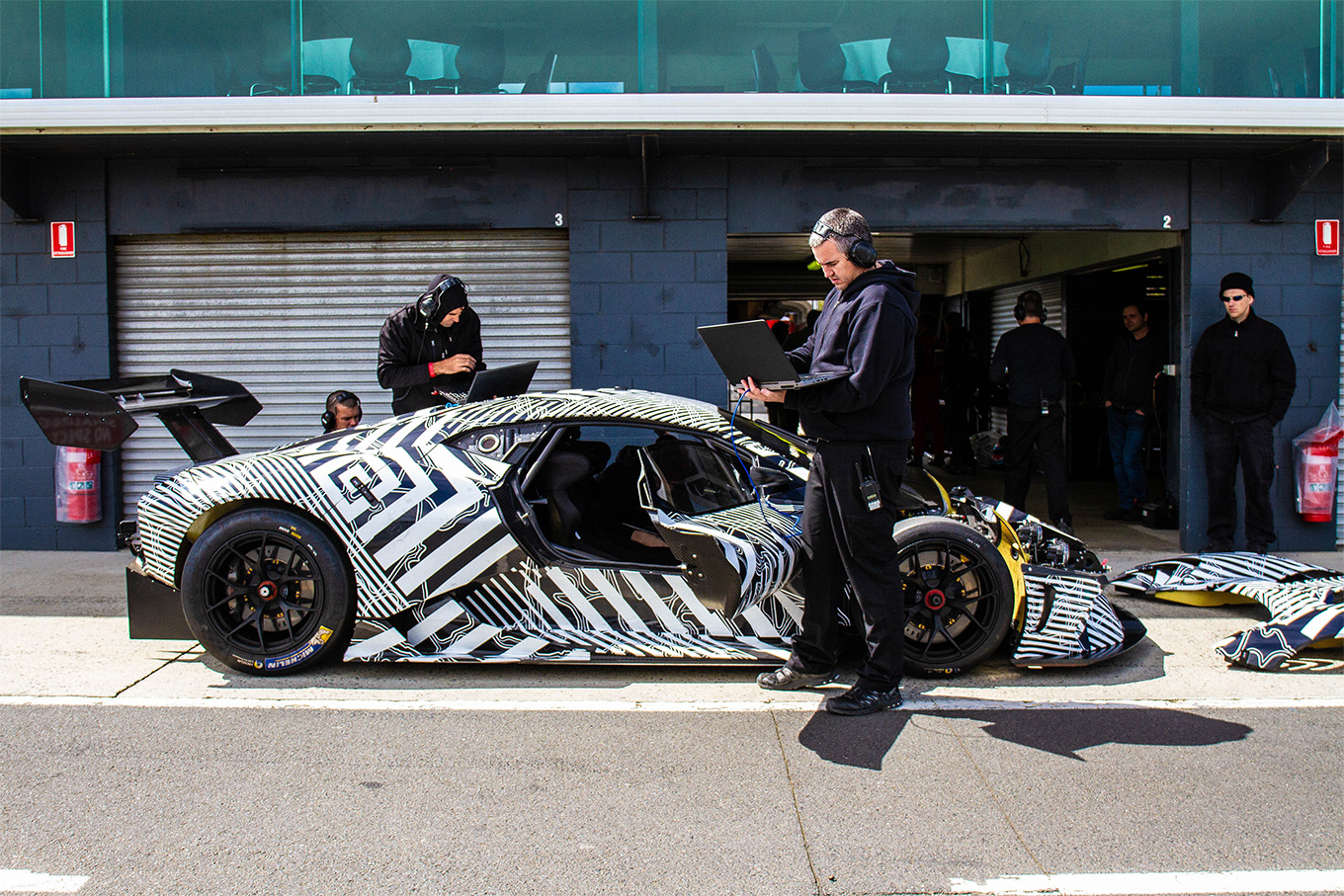 “Created from a blank sheet of paper, our first car takes Brabham into an exciting new era, whilst honouring and upholding the marque’s glorious past,” said Paul Birch, Brabham Automotive’s Director of Technology and Engineering. “Using contemporary materials, processes and technologies, and following a rigorous two-year engineering and development programme, the resulting BT62 is a car that demands total engagement and commitment from its driver, delivering immense reward and satisfaction.”

The Brabham BT62 unveiled is liveried in celebration of Jack Brabham’s green and gold BT19 and his historic victory at the 1966 French Formula 1 Grand Prix at Reims, the year in which he made history in becoming the first and to date only driver to win a World Championship in a car of his own construction. 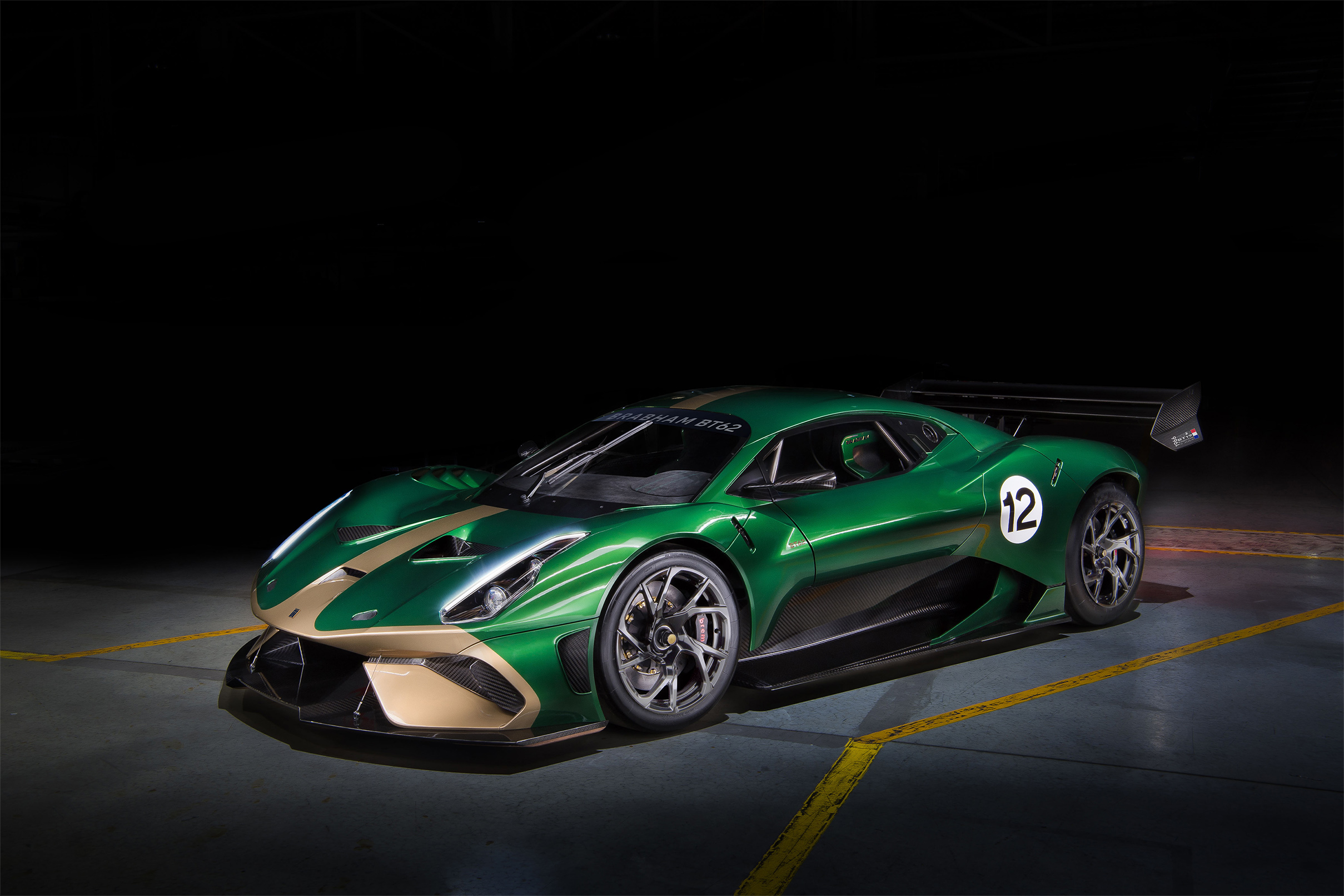 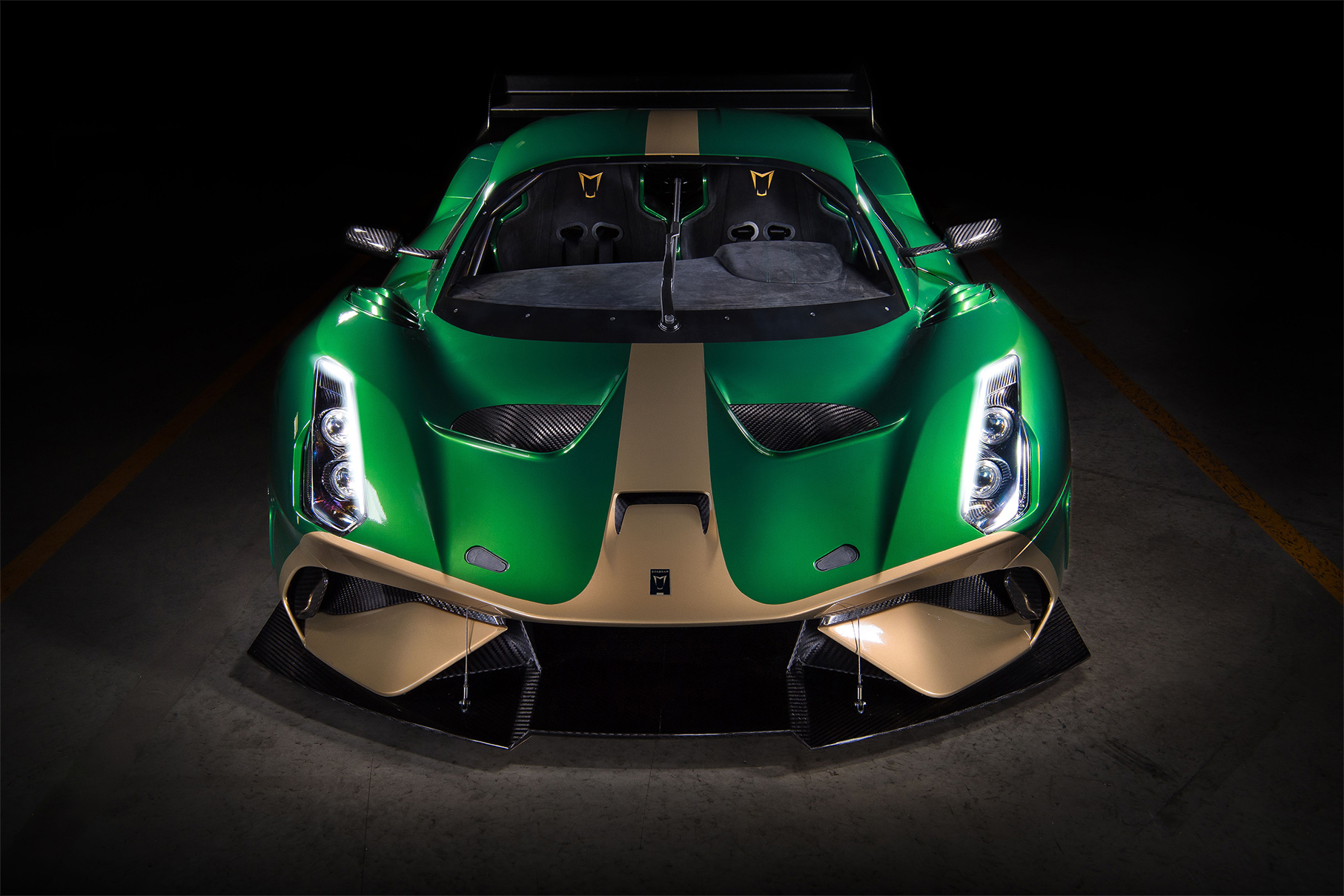 The Brabham story began in 1948 and by the mid-1960s Brabham had become the largest manufacturer of single-seat racing cars in the world. The company will have its US, European and Middle Eastern office in the UK, whilst its Australasian and Asian office will be based in Adelaide, South Australia, where the manufacture of the BT62 will also take place in a 15,000sq. m facility. First deliveries of the Brabham BT62 are expected later this year.