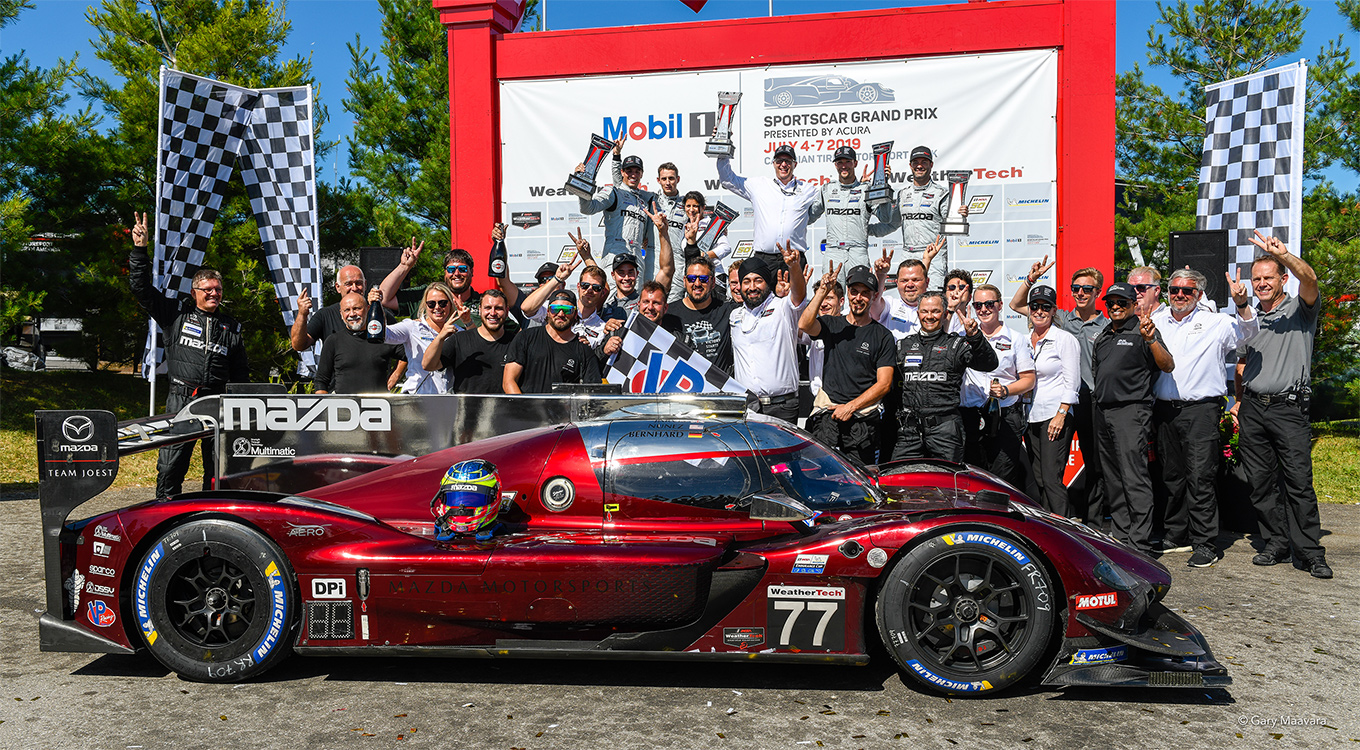 “It just comes down to the hard work we put in for six or seven years, now getting all the pieces together” Tristan Nunez, Mazda Team Joest No. 77 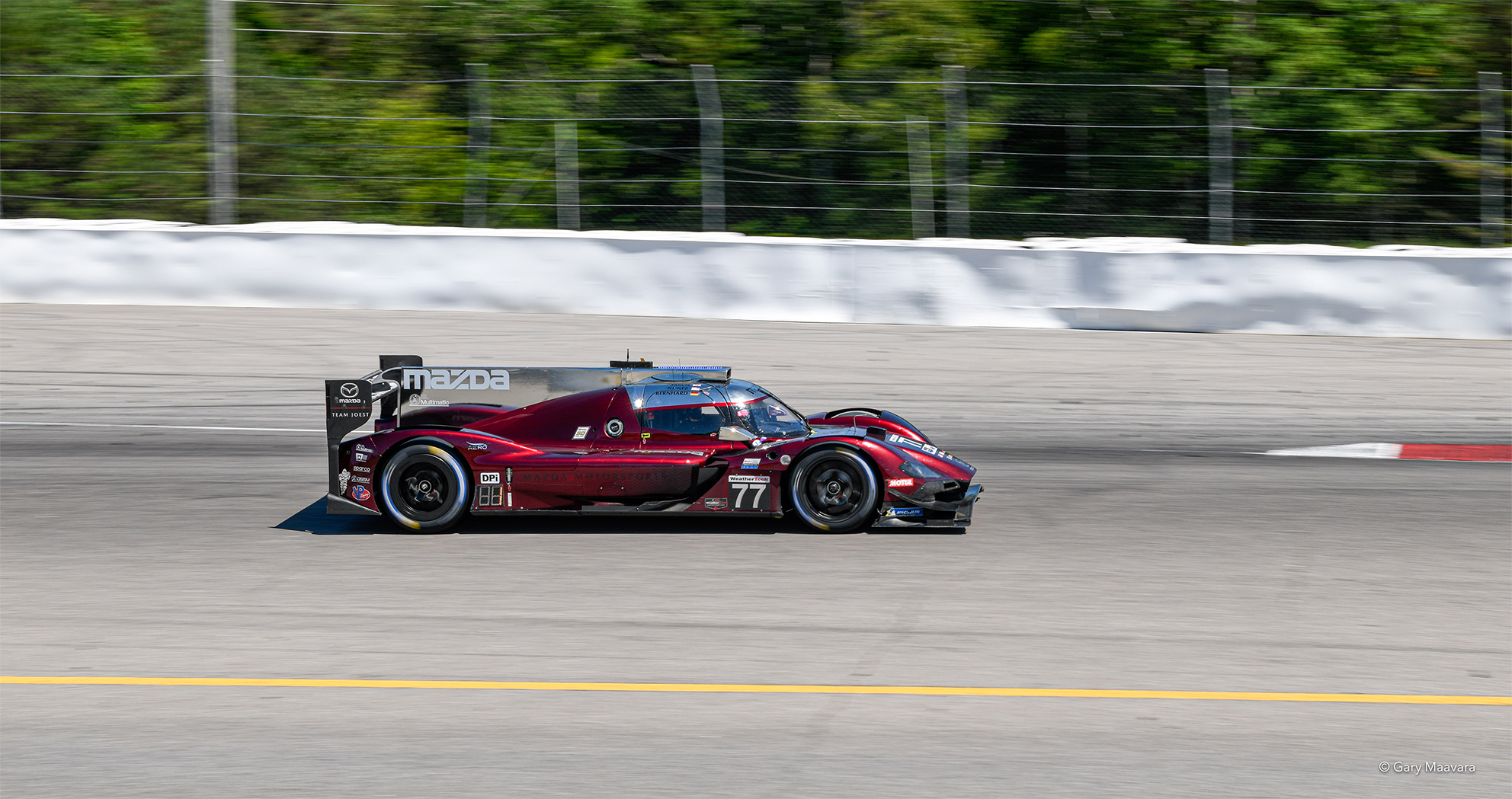 Mazda Wins Daytona Prototype International (Dpi)
Mazda Team Joest hadn’t won a race since August 2012. They have now won back-to-back races in the span of just one week. They have also swept the top two steps of the podium finishing 1-2 in the last two races. In today’s race Oliver Jarvis and Tristan Nunez won in their No. 77 Mazda Team Joest Mazda Dpi followed by Harry Tincknell and Jonathan Bomarito in their No. 55 Mazda Team Joest Mazda Dpi. At last weekend’s Sahlen’s Six Hours at the Glen the order was reversed with the No. 55 Mazda winning followed by the No. 77 Mazda. For the past two races Dane Cameron and Juan Pablo Montoya finished third in their No. 6 Acura Team Penske Acura Dpi. 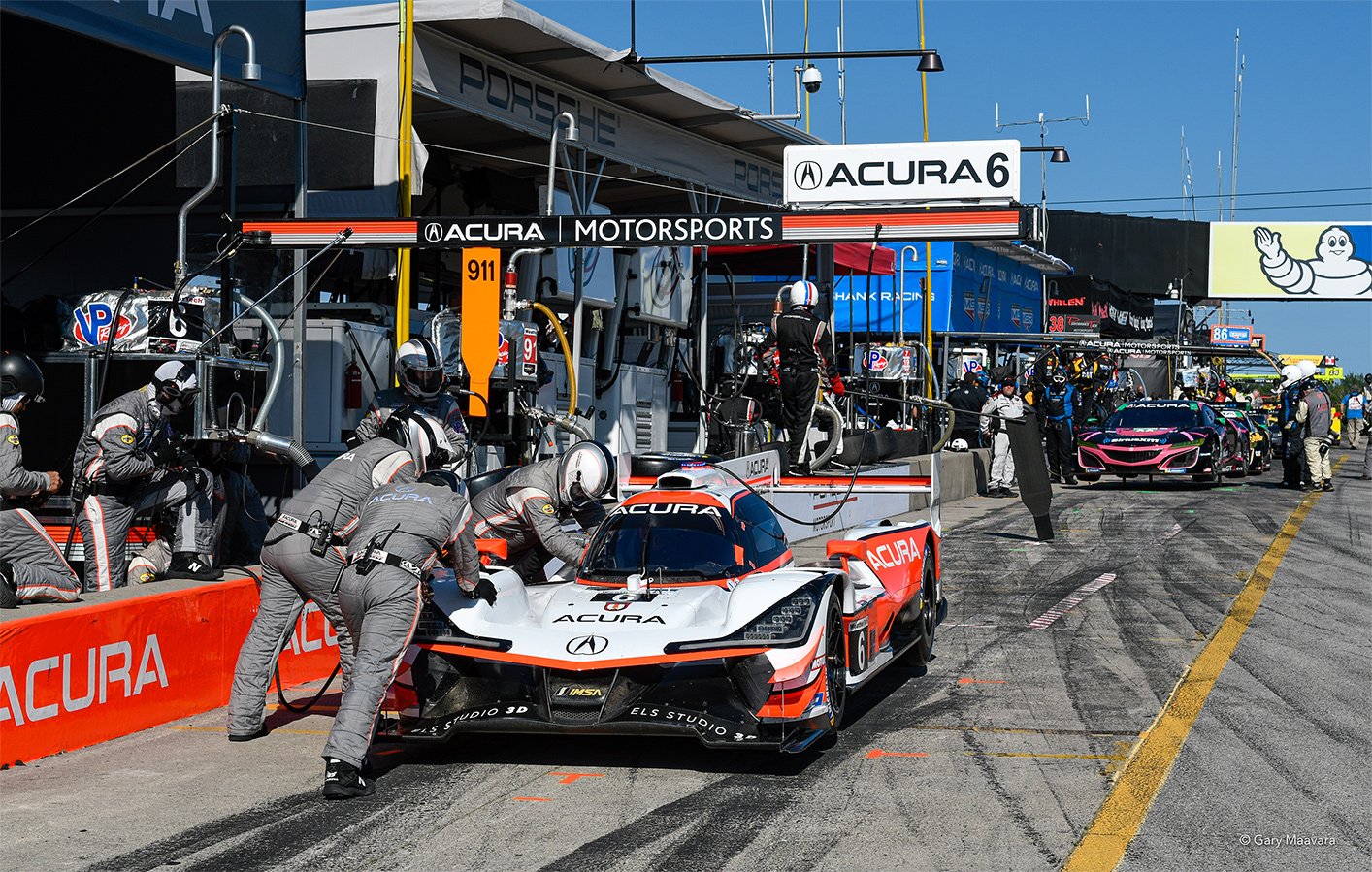 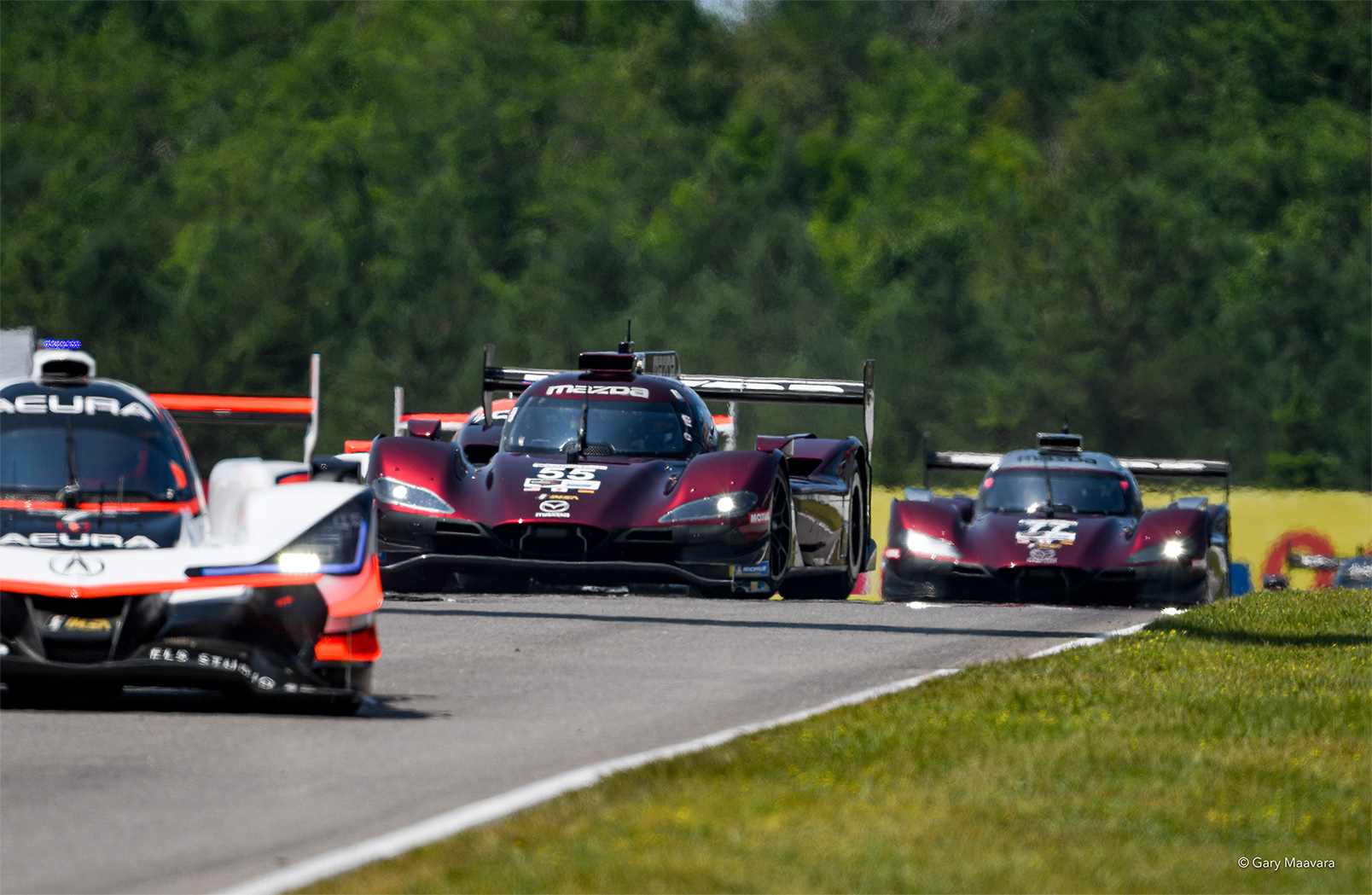 “It just comes down to the hard work we put in for six or seven years, now getting all the pieces together,” said Tristan Nunez after the race. “We have the best drivers in the world I think. Oli did an amazing stint, Harry and Jonathan did an amazing stint in the 55 (car). The Joest guys are amazing in the pits, Multimatic gave us great engineers and an amazing car, and the guys gave us an amazing engine. It’s the full package and we’re finally there ready to compete”. 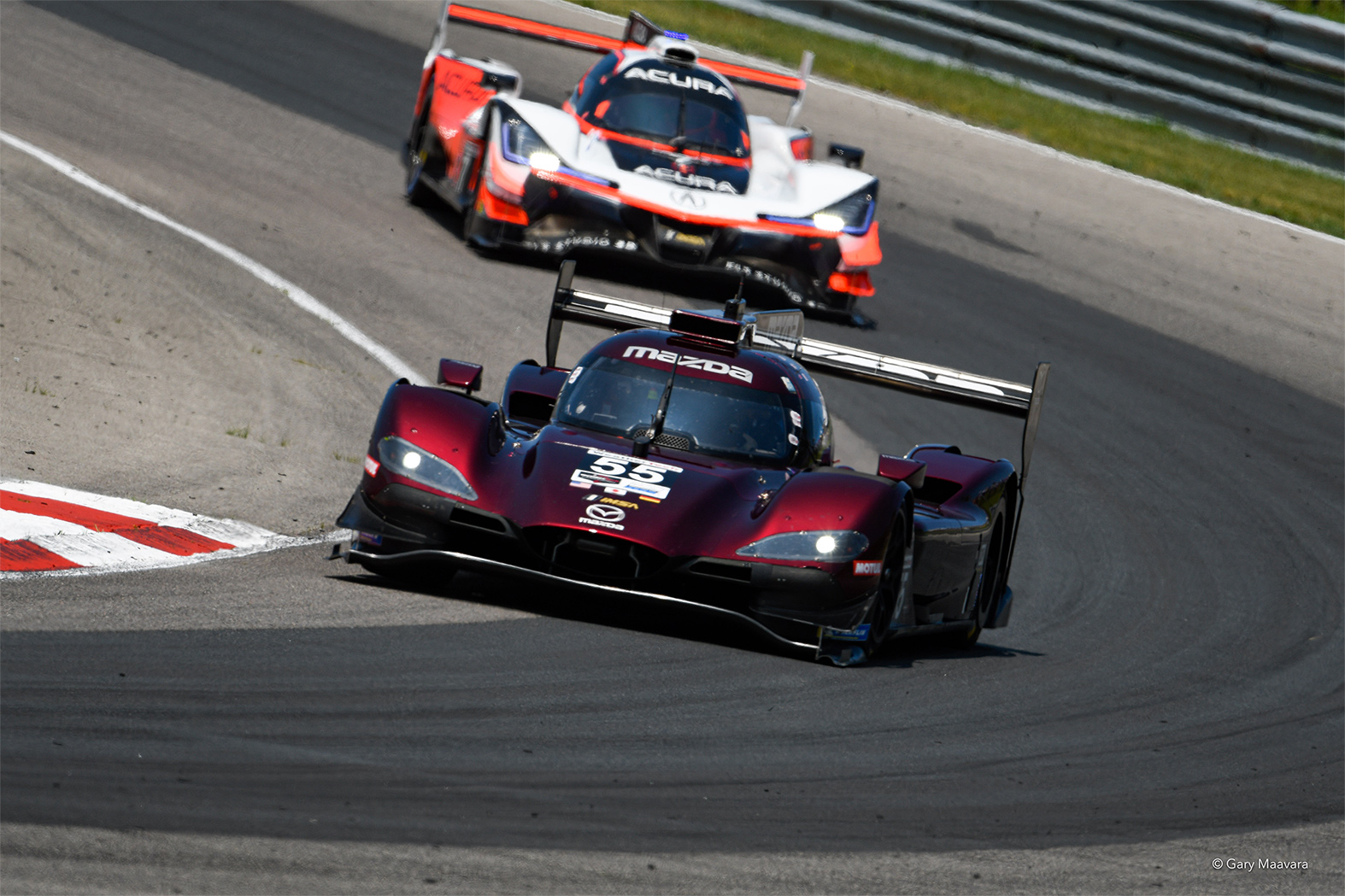 “This is an amazing track, I love it,” said Oliver Jarvis. “It was not easy in the traffic. We had contact along the way but we got a bit lucky. I’ve got to say I feel sorry for the 55 (car). They had a perfect weekend, but they had a bit of an issue with a pit stop. That’s the way it goes. I think we had the pace last weekend and it went their way and this weekend it went out way. A huge thank you I’ve got to say to Mazda, Joest, and Multimatic. Two in a row. They always say once you’ve got one, the second one will come quickly.” 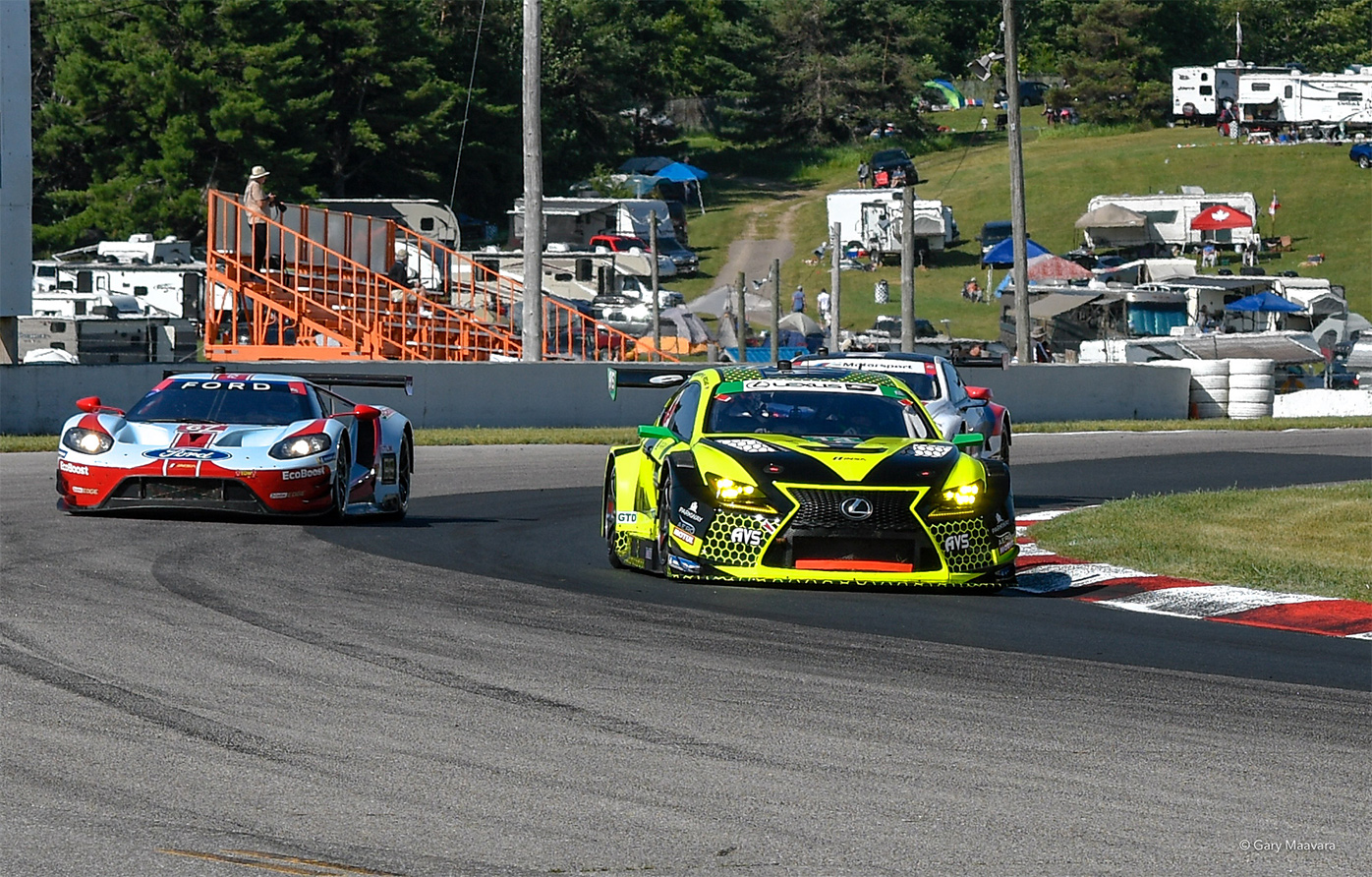 With 33 minutes remaining in the race, Victor Franzoni, a 23 year old Brazilian rookie driver, had a major impact crashing into one of the tire barriers and rolling his No. 50 Juncos Racing Cadillac Dpi. Thankfully he was conscious when he was extracted from his car. He was then transported to a local hospital for further evaluation.

“It feels amazing,” said Earl Bamber after the race. “Everyone at Porsche been really working hard. Since we started the season we’ve known we had a good car. I think we’ve been on the podium at every one of the races with one of the (Porsche’s) as well. To get five in a row is quite an achievement. Those last few laps were pretty intense. Now we roll on to the next one.”

“It’s so difficult to overtake here,” said Laurens Vanthoor. “I was behind the sister car trying to save fuel and tires and it worked out really well. We opted to stop early. You need a bit of luck. A safety car in that stint would have been bad. Earl made a good gap and our strategy paid off. Last week in Watkins (Glen) we were a bit on the unlucky side. This weekend it worked so I guess that’s the name of the game. Three wins this year, five for Porsche, it’s pretty incredible.” 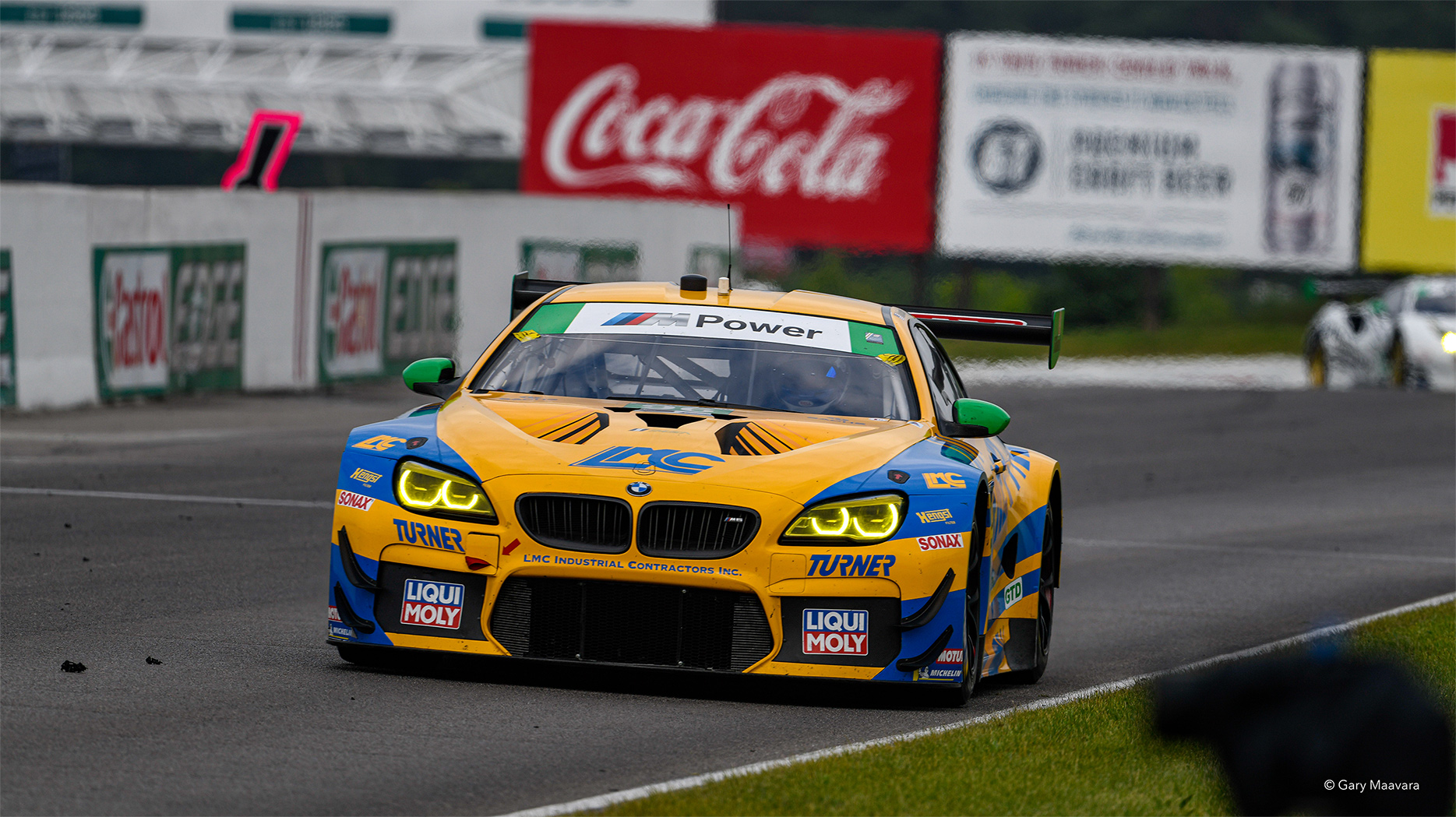 BMW Wins GT Daytona (GTD)
Bill Auberlen’s win in the No. 96 Turner Motorsport BMW M6 GT3 moves him to just one win away from tying Scott Pruett as the winningest North American sports car racing driver of all time. Auberlen achieved his 59th win with co-driver Robby Foley. Mario Farnbacher and Trent Hindman finished second in their No. 86 Meyer Shank Racing Curb-Agajanian Acura NSX GT3 followed by Townsend Bell and Frank Montecalvo in their No. 12 AIM Vasser Sullivan Lexus RC F GT3.
“Scott is an amazing guy,” said Bill Auberlen after the race. “To be anywhere near him is great. I want to say I’ve had great support from my dad and mom. Thanks to Will (Turner) for letting me be a part of this team, and Robby for being such an incredible driver, and all my Turner guys. And the great guys you race against. The competition is so heavy in this class that when you win here, it’s something to be proud of and these guys should all be really happy.”

“We just tried to cruise around at the start,” said Robby Foley. “The Acura in second was pretty close a few times but we tried to control the pace, not do anything silly, be consistent in traffic, and hand Bill the car in the lead. Unfortunately with that crash we hope Victor is OK. We didn’t need that at the end (of the race) for sure with the big lead we had but happy that Bill was able to bring it home. It’s awesome for him.”

Up next is the Northeast Grand Prix at Lime Rock Park in Lakeville, Connecticut July 19 and 20.