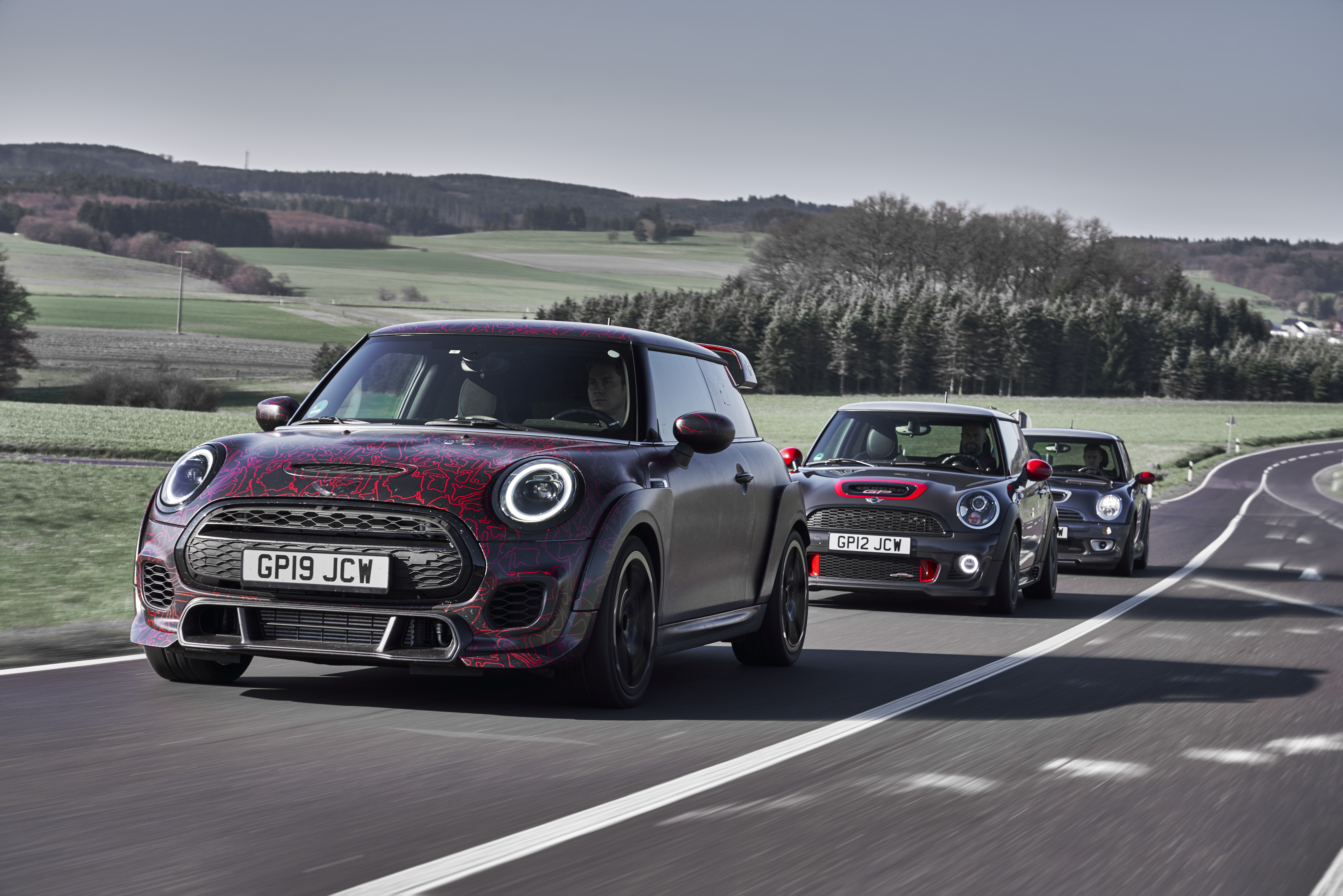 The new Mini John Cooper Works GP prototype took to the track at the famed Nurburgring Nordschleife as the most extreme Mini prepares to go to market in 2020. Just 3,000 Mini John Cooper Works GP’s will be offered. Powering the 2020 JCW GP is a 4-cylinder TwinPower turbocharged engine which will be pumping out more than than 300 hp, a significant increase over the 2012 GP which only had 211 hp. 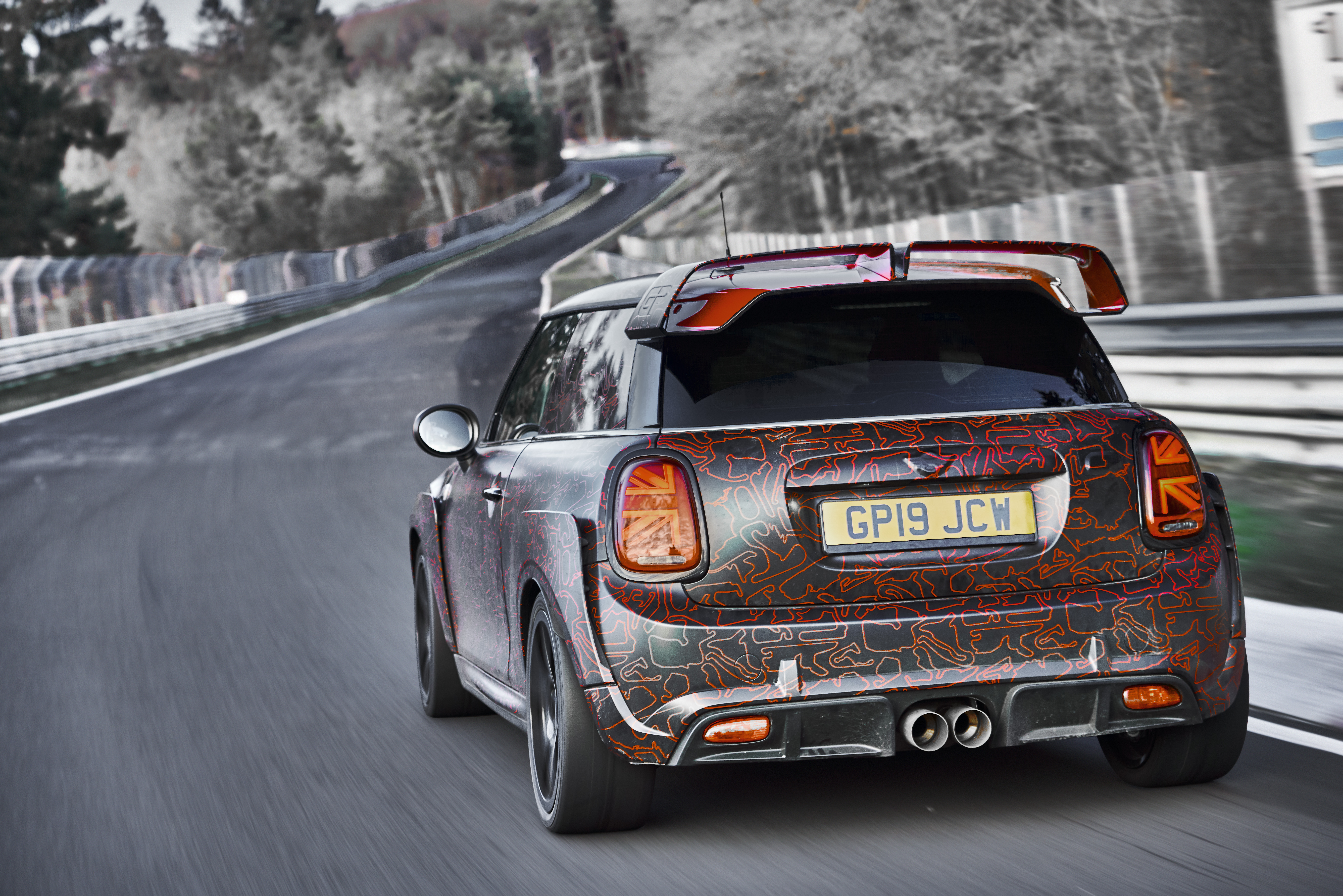 The new JCW GP is completing set-up runs as part of the development process but it has already set lap times around the ‘Ring that are almost half a minute faster than its predecessor, the 2012 JCW GP.The predecessor model set the previous benchmark with a lap time of 8:23 minutes. The prototype Mini John Cooper Works GP lapped the “Green Hell” in less than eight minutes, and its testing program is not yet complete. 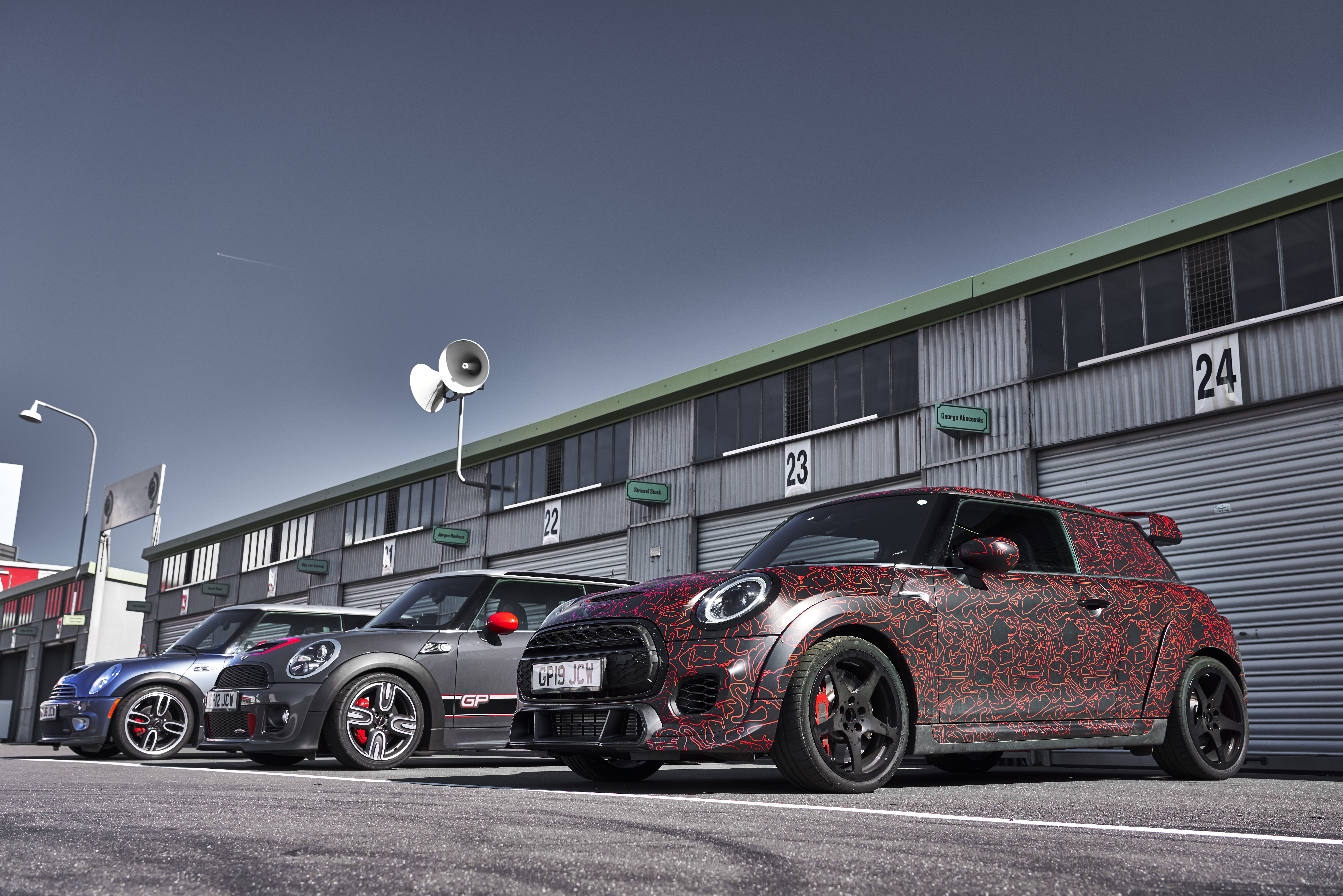 The GP will stand out from other Mini’s with its wide open air intakes, large light alloy wheels, distinctive design of the front and rear aprons and the large roof spoiler. With its high engine power, model-specific suspension technology derived from John Cooper Works motor racing expertise, weight-optimized construction and precisely defined aerodynamic properties, it sets a new benchmark for the Mini range.

The new MINI John Cooper Works GP will go into production in 2020. Pricing details have not been released yet. 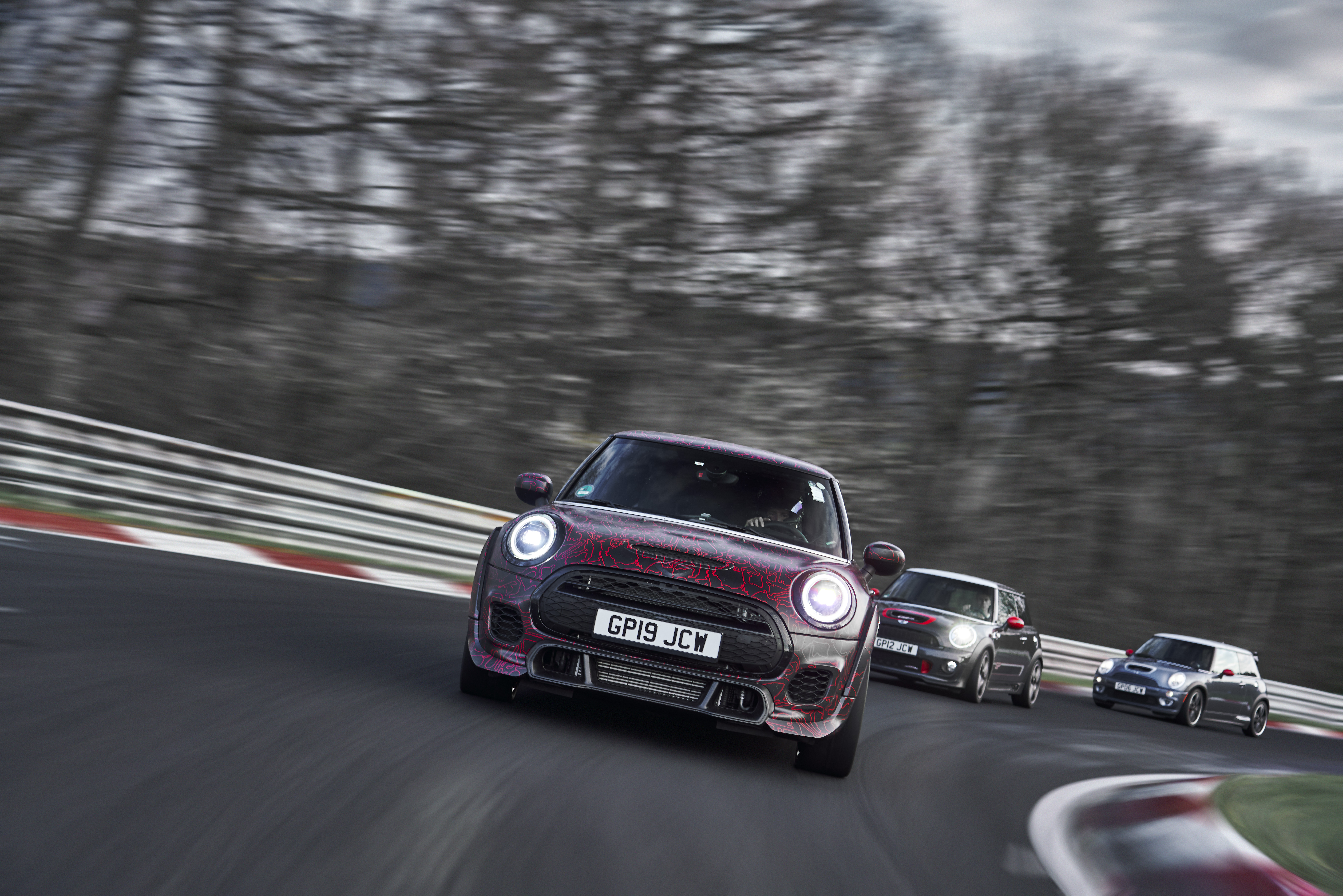 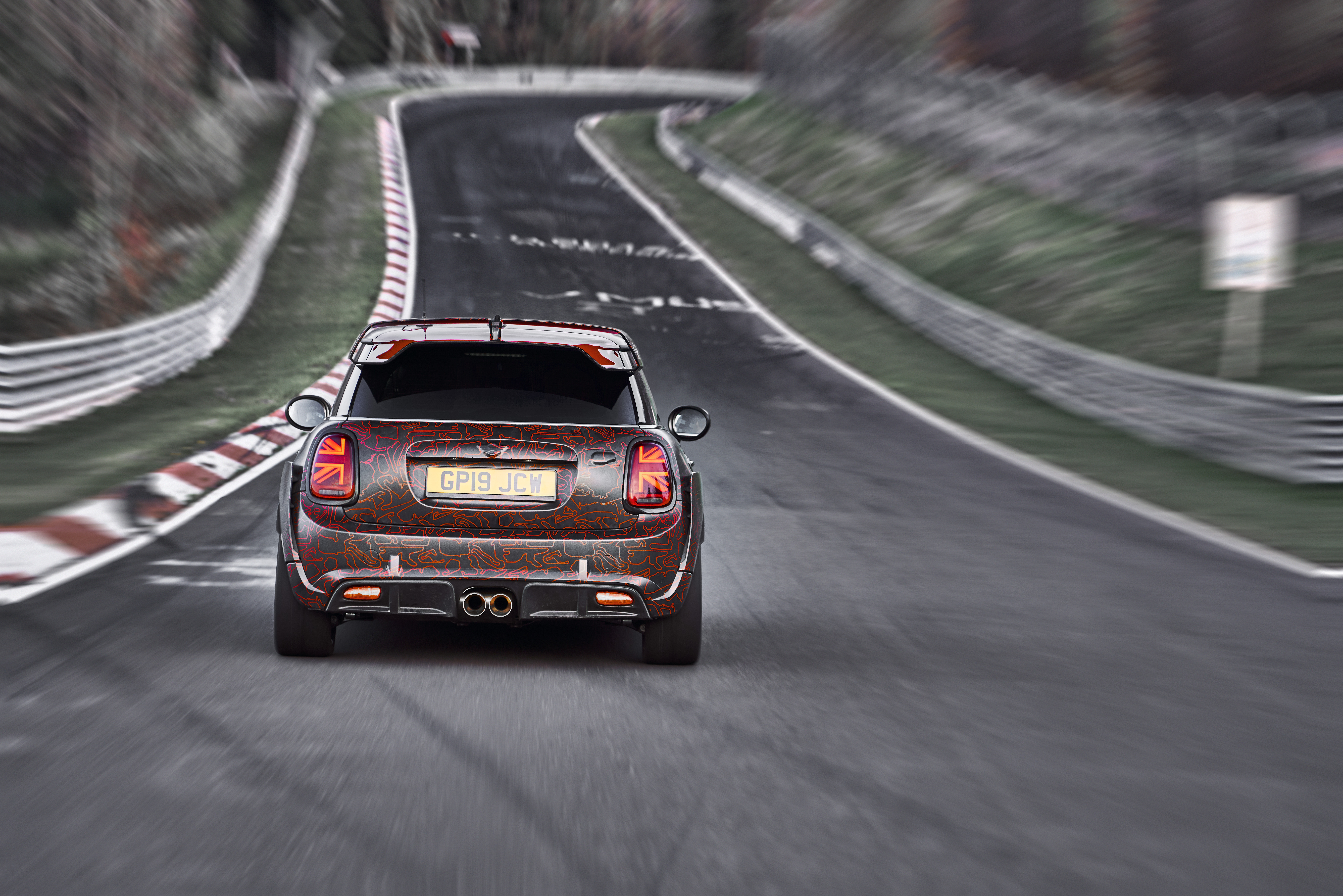