Nissan is celebrating 50 years of their iconic Z cars with the launch of the new 2020 370Z 50th Anniversary Edition at the New York International Auto Show. This marks five-decades since the Datsun 240Z made its U.S. debut at the New York Auto Show. The 2020 370Z 50th Anniversary Edition pays homage to the No. 46 BRE (Brock Racing Enterprises) Datsun 240Z that won numerous SCCA National Championships with John Morton behind the wheel. 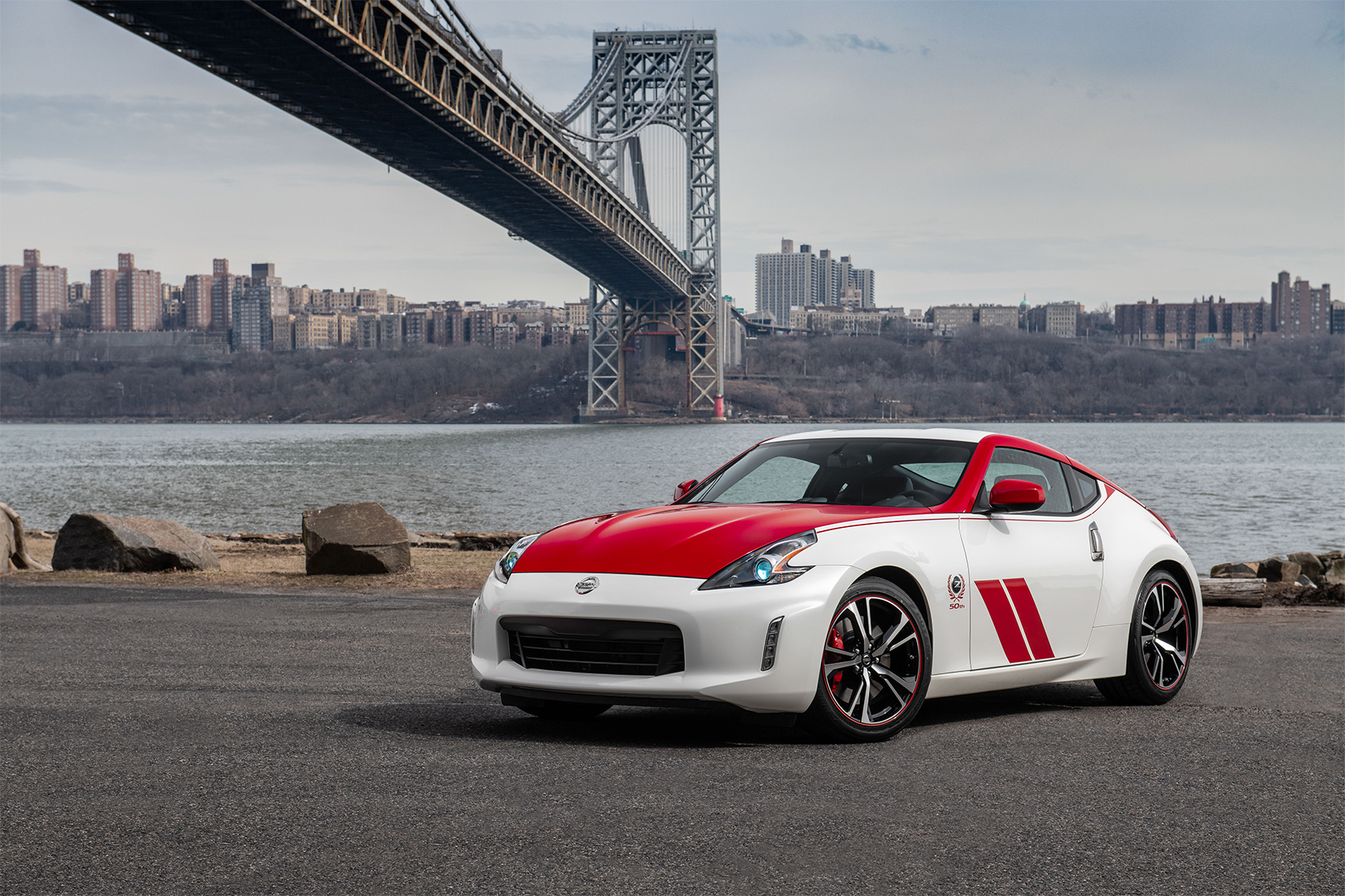 “It’s no secret that the Datsun 240Z started the ball rolling for Japanese sports cars in the U.S.,” said Ivan Espinosa, Nissan’s corporate vice president of global product strategy and planning. “Almost as well known in Z history is how Peter Brock’s competition-tuned 240Z changed the American motorsports landscape. After the BRE 240Z debuted in 1970, Nissan/Datsun became one of the most successful companies in American motorsports – with thousands of victories over the past five decades.” 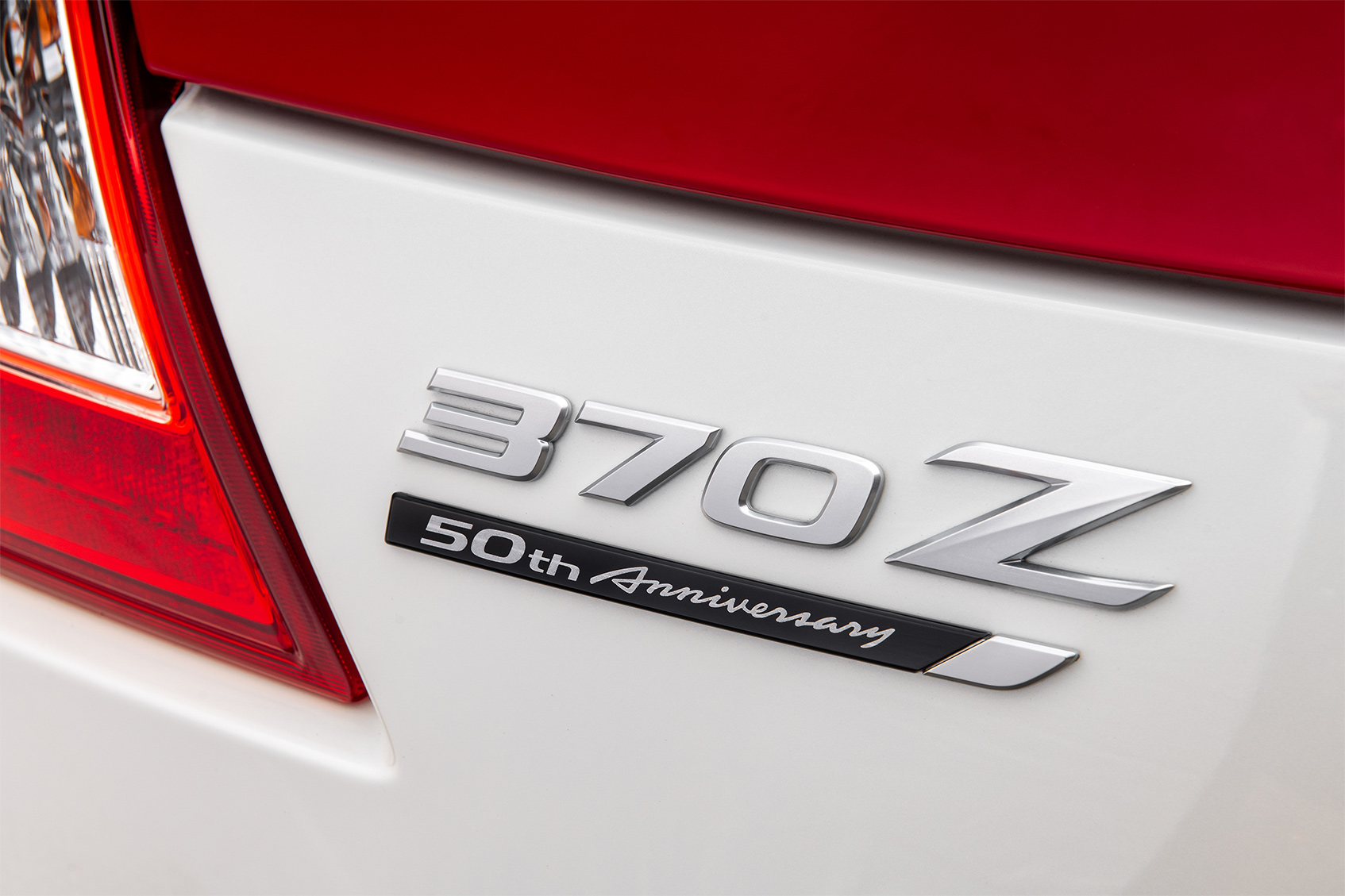 The 2020 370Z will be available in four trim levels; Base, Sport, Sport Touring and the 370Z NISMO. The 370Z Sport model is the foundation for the 50th Anniversary model. The exterior of the 370Z 50th Anniversary Edition, honoring the livery of the original BRE race car, is available in white with red accents, or silver with black accents. Key BRE design cues include the two signature stripes on the side of the car, and painted trunk, hood, side mirrors and A-pillars in the accent color (red for the white car and black for the silver car). Along the side of the car, a thin line runs from the headlight to the rear glass, culminating in a small triangle inspired by the C-pillar of the Datsun 240Z. The package also includes 50th Anniversary identification on the front fender, anniversary rear badging and special 19-inch alloy wheels with red accents. 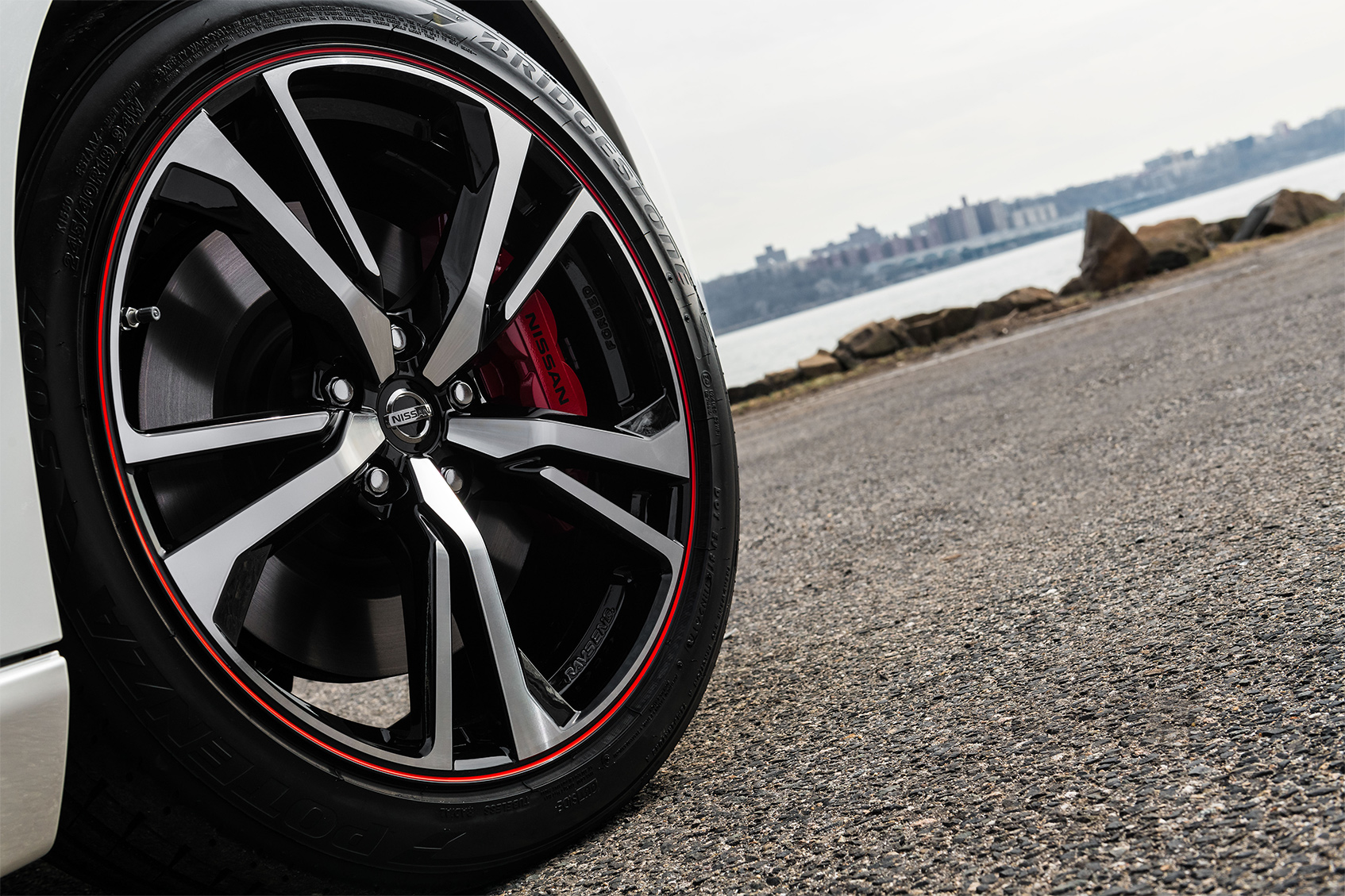 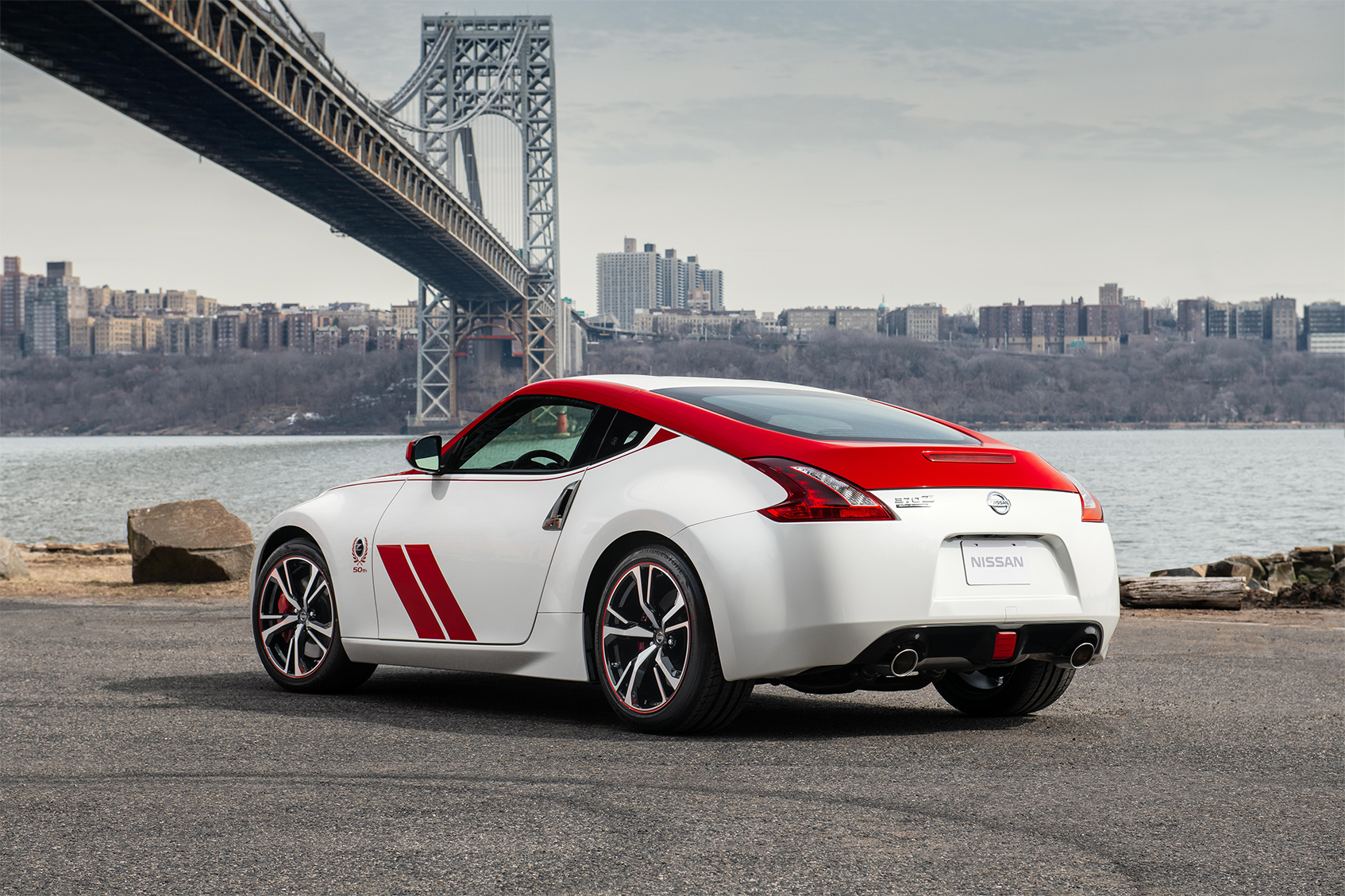 Inside, the driver-centric interior is framed by a deeply scooped instrument panel. A full-length center console separates the driver’s seat from the passenger seat. The design incorporates a “layer concept” with an information layer, an operation layer and a holding layer. Special touches include a “50th Anniversary” steering wheel wrapped in Alcantara, with a race car-inspired centering stripe. The leather and suede-covered heated four-way power seats, which feature adjustable lumbar support, have unique stitching, graphics and the 50th Anniversary logo embossed into the backrests. Dark chrome accents are used throughout the interior, including special kick plates adorned with the Z logo and synthetic suede door panel inserts exclusive to the special edition model. 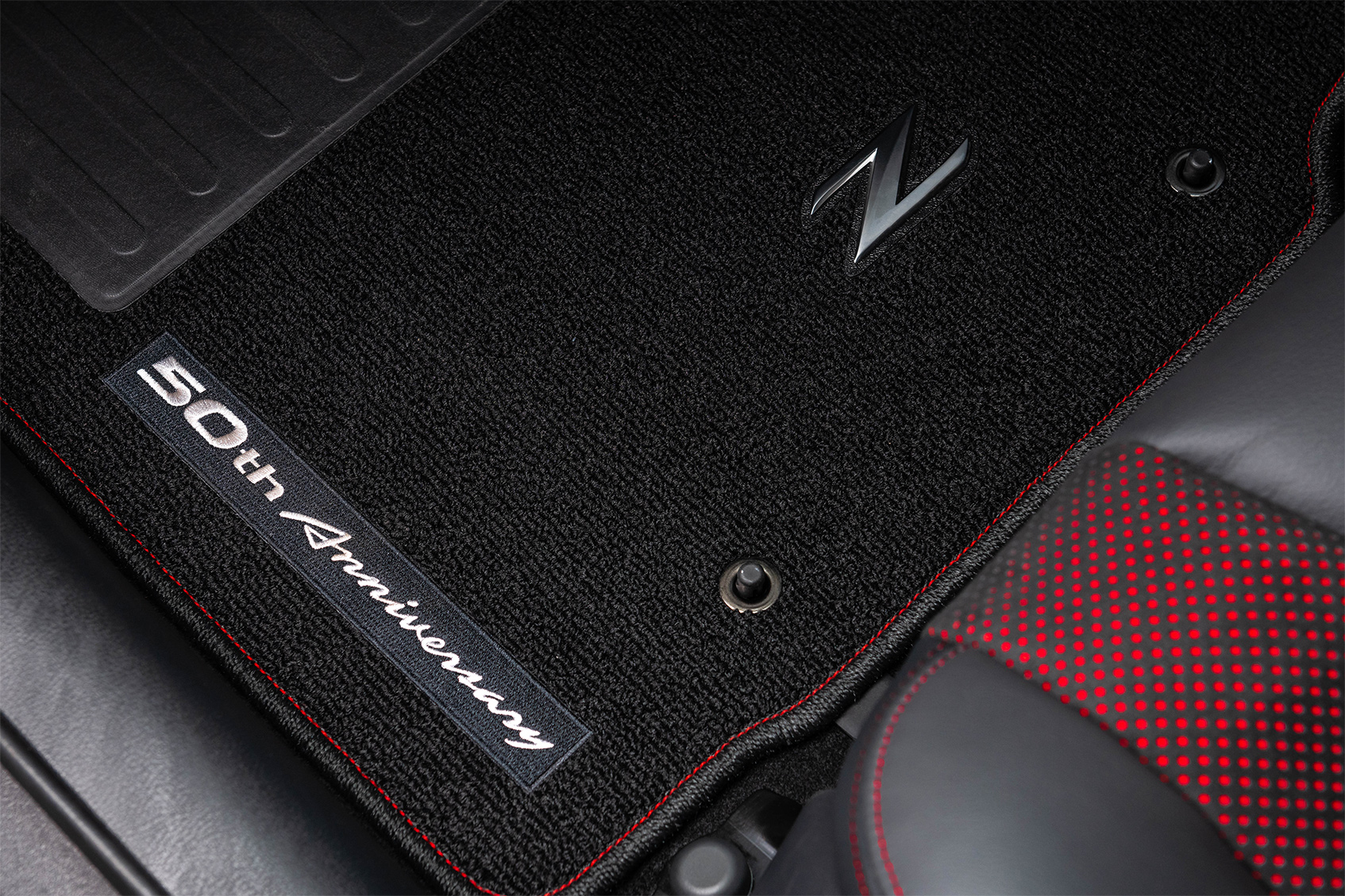 “The 370Z is a true icon for Nissan,” said Espinosa. “This car has defined its segment for the past half century. The 370Z 50th Anniversary Edition celebrates the history of the model and its racing heritage, both of which have played a vital role in helping make Nissan what it is today.” 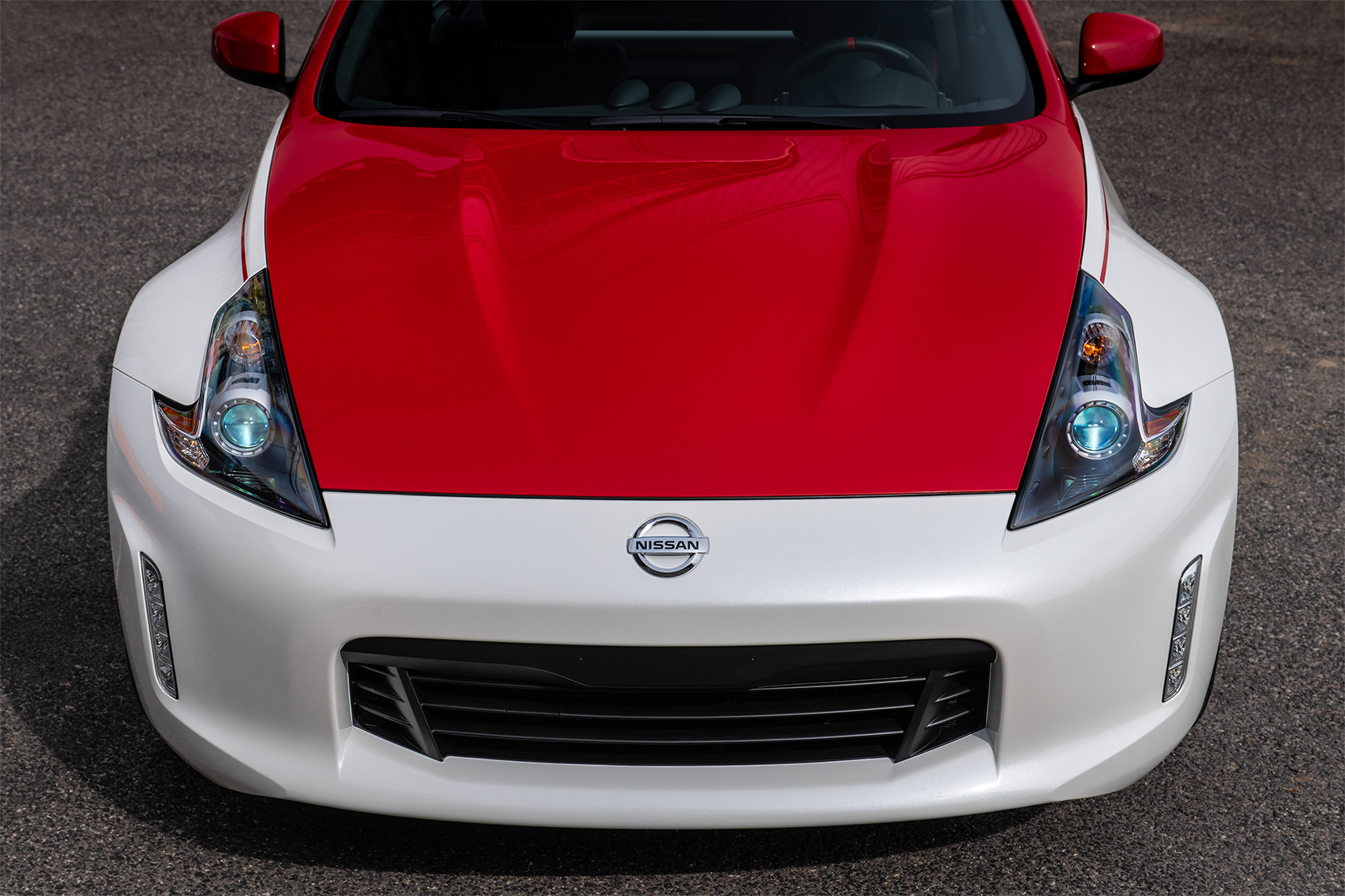 The 50th Anniversary 370Z comes standard with a close-ratio, 6-speed manual gearbox that features a synchronized downshift rev-matching system called SynchroRev Match. It automatically controls and adjusts engine speed when shifting to the exact speed of the next gear position, essentially “blipping” the throttle to smooth out any up/down shifts. This allows drivers of any skill level to change gears like a pro. A optional 7-speed automatic features Downshift Rev Matching, paddle shifters and adaptive shift control designed to offer quick, manual-like shifting when operated in manual mode. 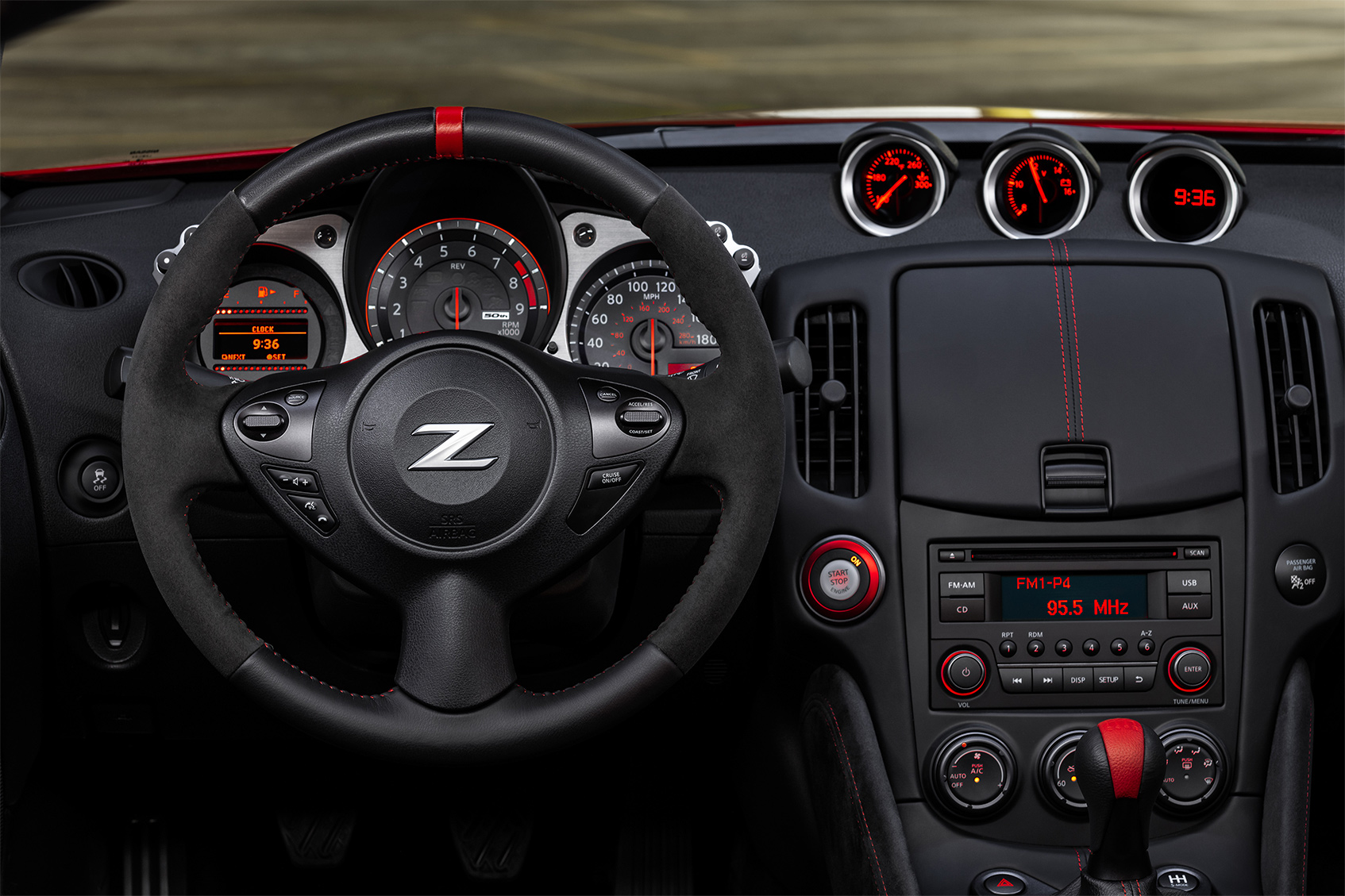 2020 Nissan 370Z 50th Anniversary Edition is powered by a 3.7-liter DOHC V6 engine generating 332 hp @ 7,000 rpm and 270 lb-ft of torque at 5,200 rpm. The 19″ RAYS lightweight forged aluminum-alloy wheels are shot with Bridgestone Potenza S007 tires with 245/40R19’s up front and 275/35R19’s in the rear. Curb weight is 3,386 lbs for the 6-speed manual and 3,417 lbs for the 7-speed automatic. Stopping power comes from a four-wheel vented disc anti-lock brake system, with electronic brake force distribution and brake assist. It features 14.0-inch front and 13.8-inch rear rotors with four-piston front and two-piston rear aluminum calipers. 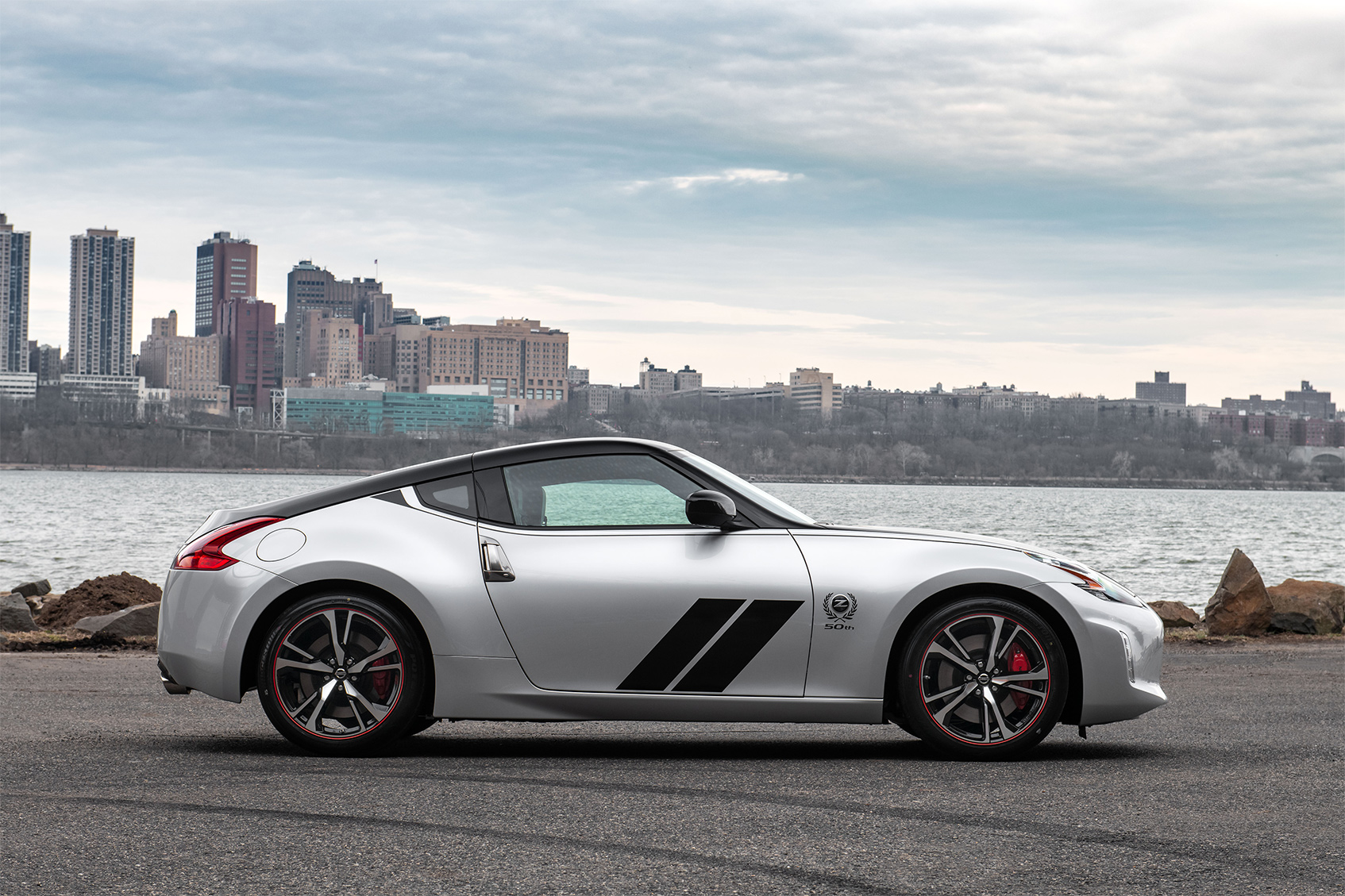