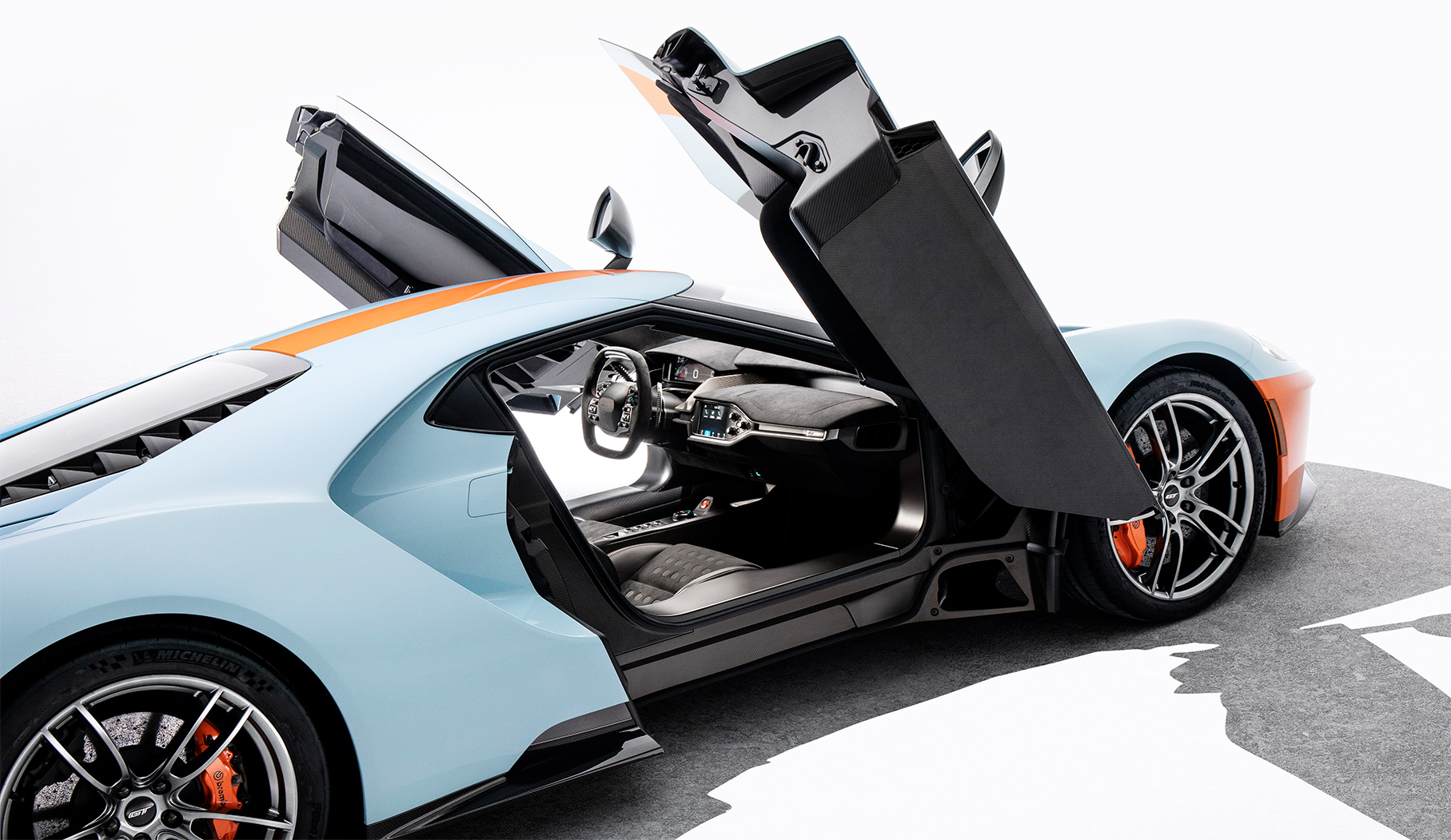 “Many view the Gulf Oil paint scheme as the most famous in motorsports,” said Joe Hinrichs, Ford president, global operations. “The 1968 GT40 quickly became a global sensation after beating its European competitors on the track four times in a row, and in honor of the 50th anniversary of its win, we’re paying fresh tribute to the original with a new heritage limited edition.”

The 1968 GT was one of just a few individual cars to achieve repeat victories in the 24 Hours of Le Mans. For the first time, an optional package provides exposed carbon fiber accents for both the interior and exterior of the Ford GT Heritage Edition. For 2019, the package features the No. 9 graphics on the hood and doors, as well as a ghosted image on the interior door panels. For 2020, No. 6 honors the same car that went on to win Le Mans in 1969 with a different number. 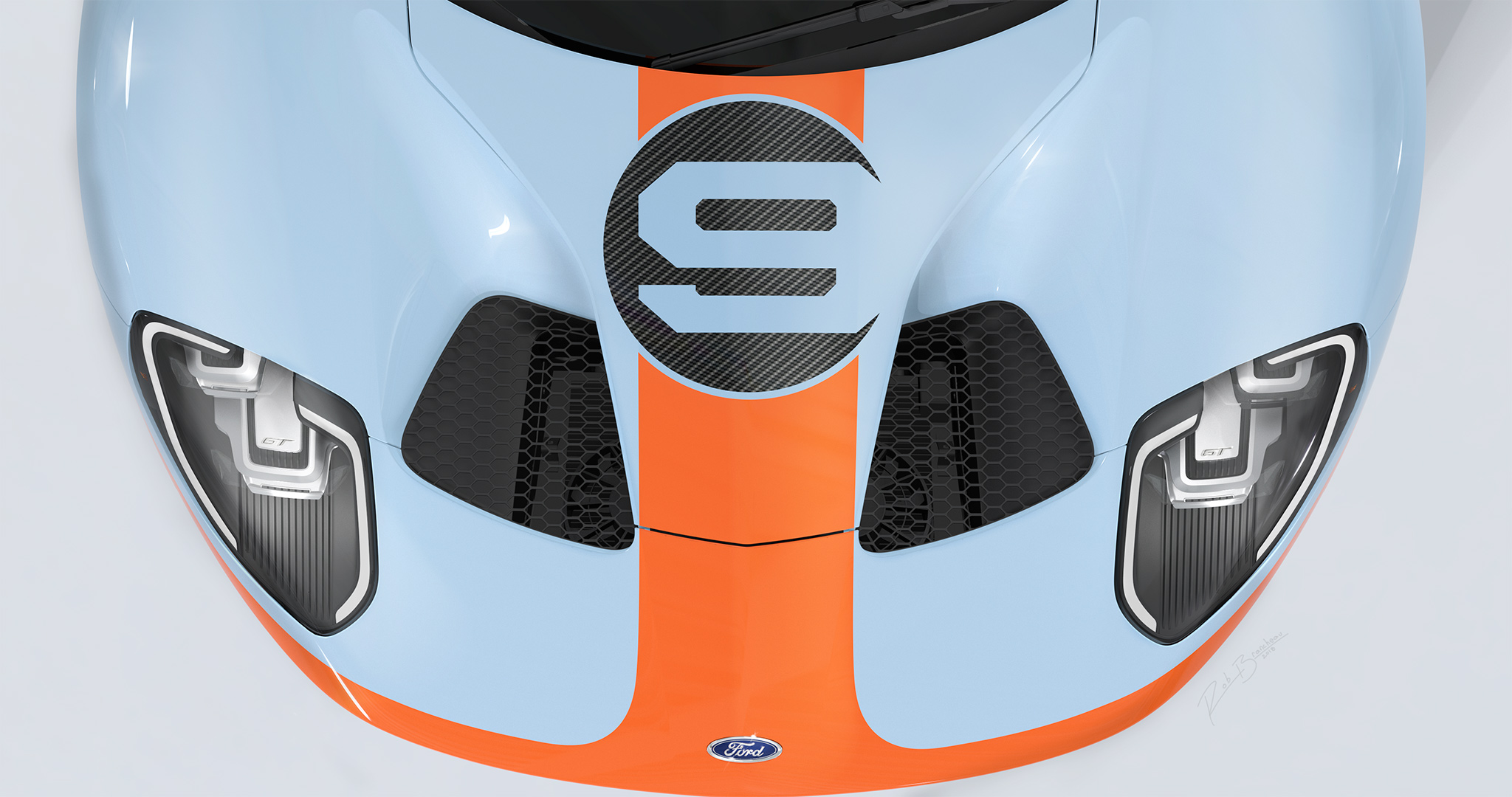 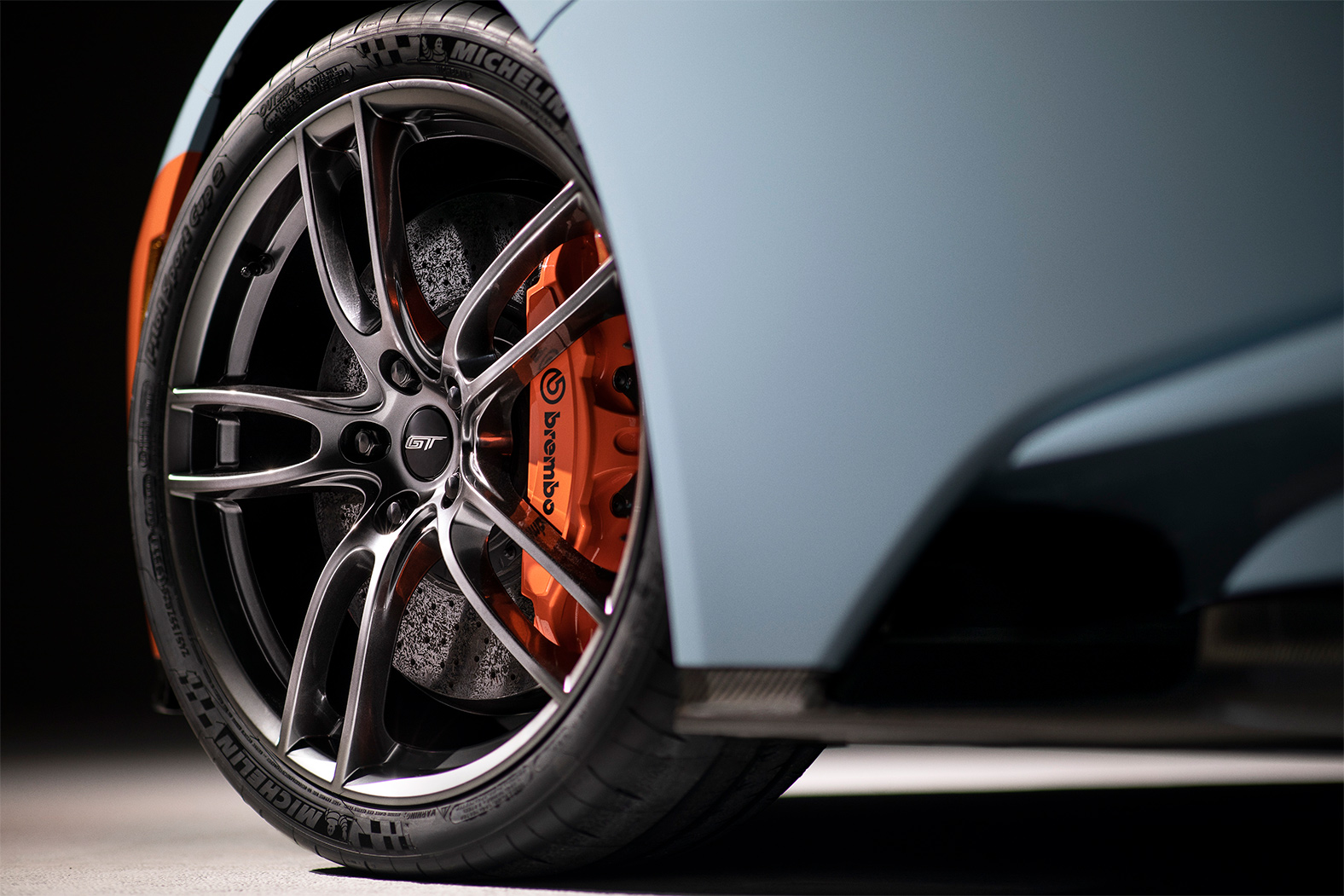 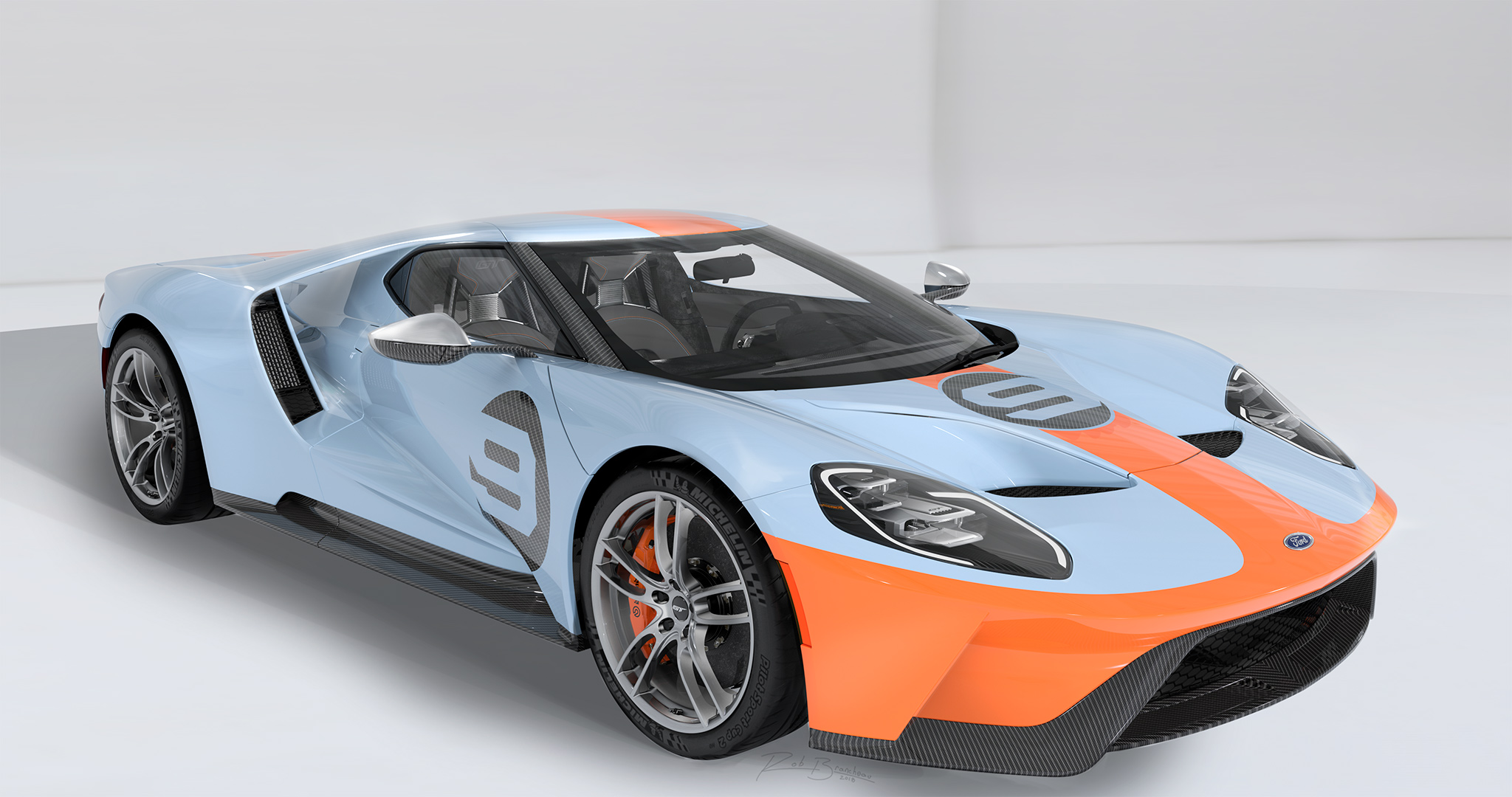 “We are delighted to partner with Ford to help the Gulf-themed Heritage Edition Ford GT become reality,” said Ravi Chawla, managing director of Gulf Oil Lubricants India. “The Ford Marque has played a major role in creating Gulf’s place in motoring and motorsporting legend and the same is true in reverse. Every Gulf outright victory at Le Mans has been Ford-powered and of course Gulf Ford GT40s took the latter two wins of Ford’s four consecutive victories at Le Mans from 1966-1969. What could be more fitting than both brands coming together to produce this fantastic motor car – the modern spiritual successor to the amazing Gulf-Ford GT40s that took Le Mans and World Championship honours.” 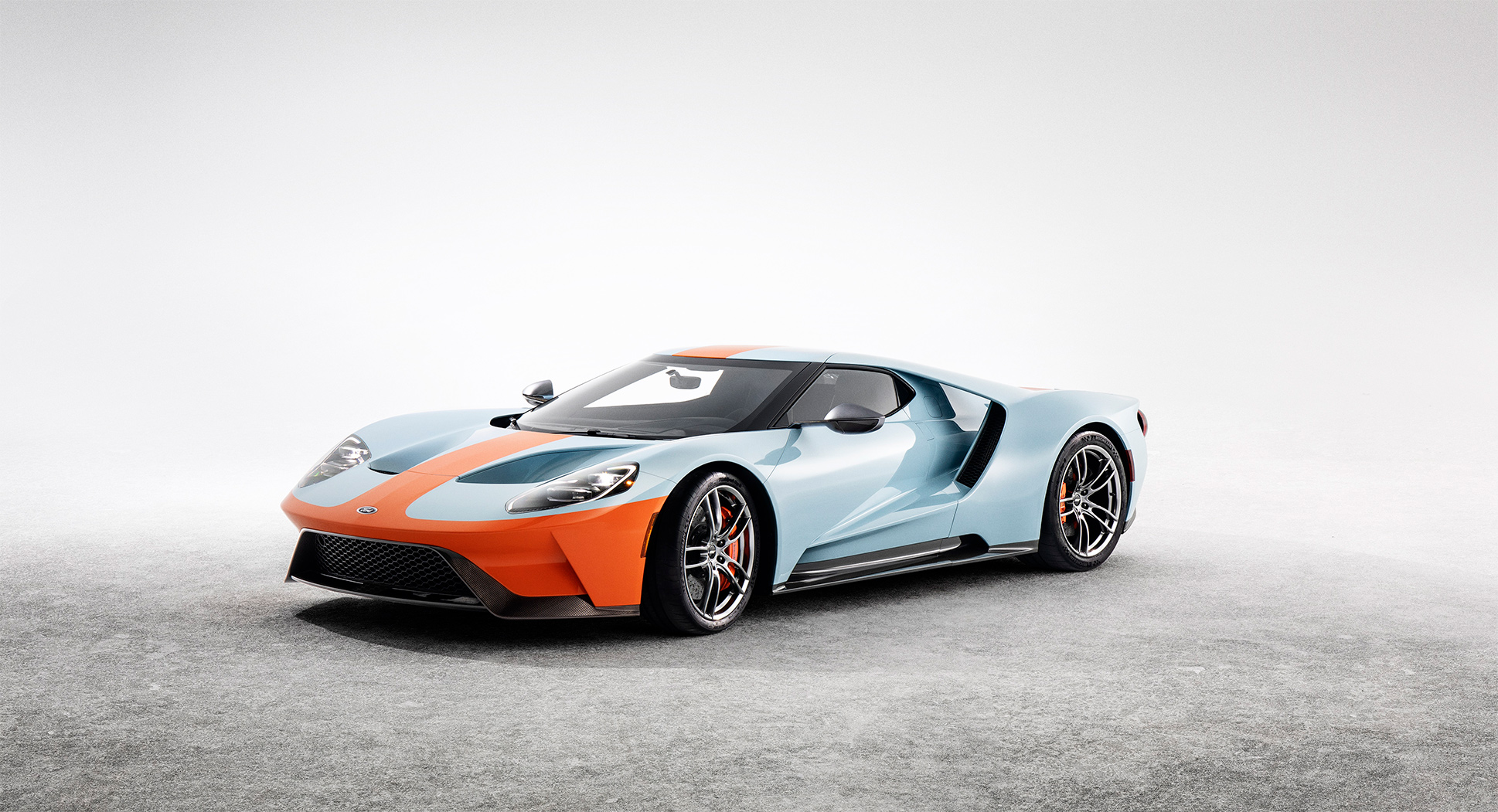